Out now on Never Say Die 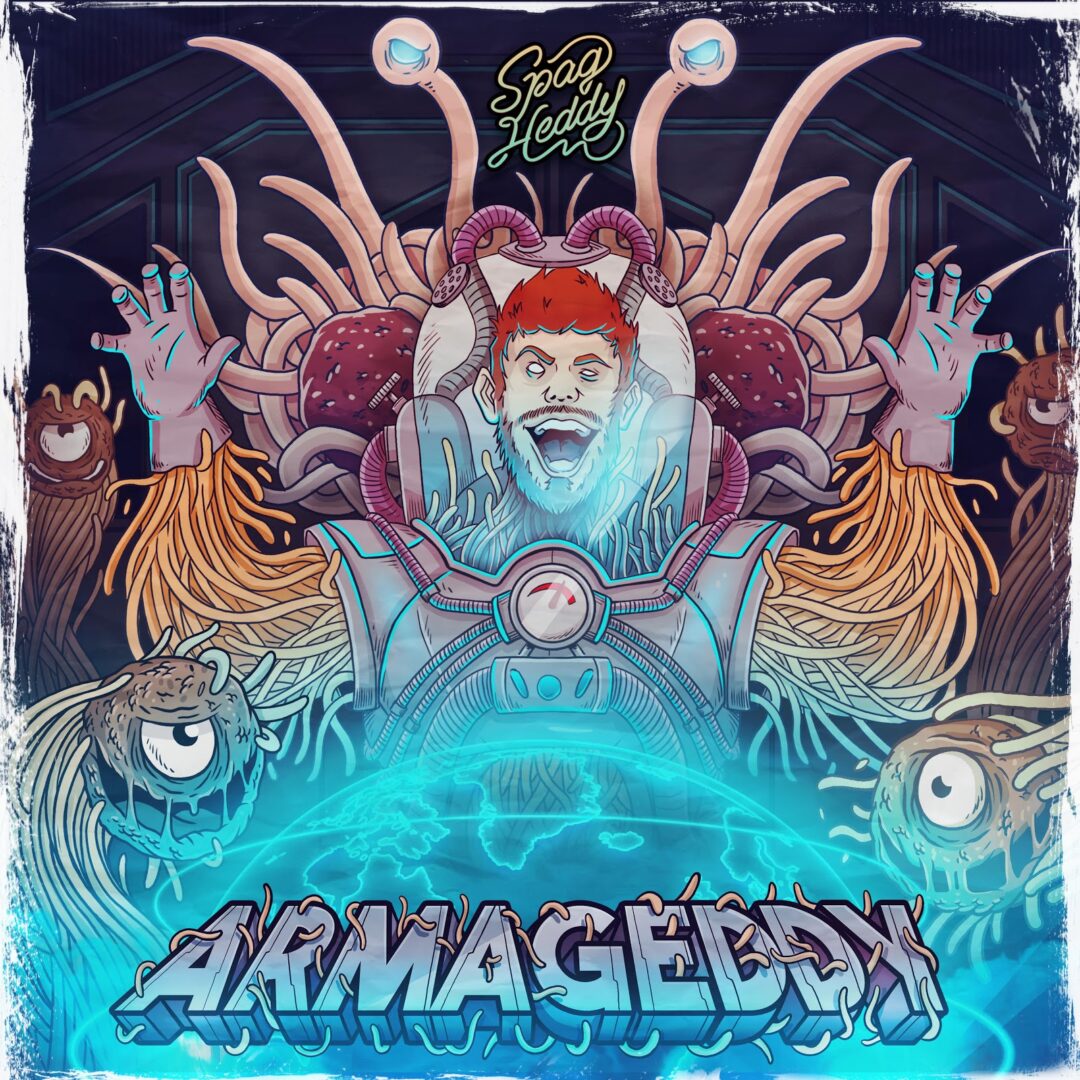 From smashing out monstrous bass tunes, to international tours, Spag Heddy has created a mega fan following around the world. Now, the Barcelona-based producer brings together his ruthless bangers for his new EP, The Armageddy, out on February 7 on SKisM’s Never Say Die.
The Armageddy features a more refined bass sound from the producer, who said he’s evolved his sounds a bit for this EP. “Raise Ur Hands” is a polarizing track, packed with heavy wubs, but an unsuspecting melodic build up. Following that, “Dojo” brings in elements of hardcore for its drop, creating amalgamation of bass sounds. “Bass Goes Boom” is a top notch dubstep work, and to round out the project is “Stupid-O” a relentless riddim-infused track. “Robot Song” is aptly named – a wubby track full of mechanical and game-like sounds.
Spag Heddy is in the midst of his The Armageddy tour, with stops in Los Angeles, London, Denver, Chicago and more. Tickets and more information here. 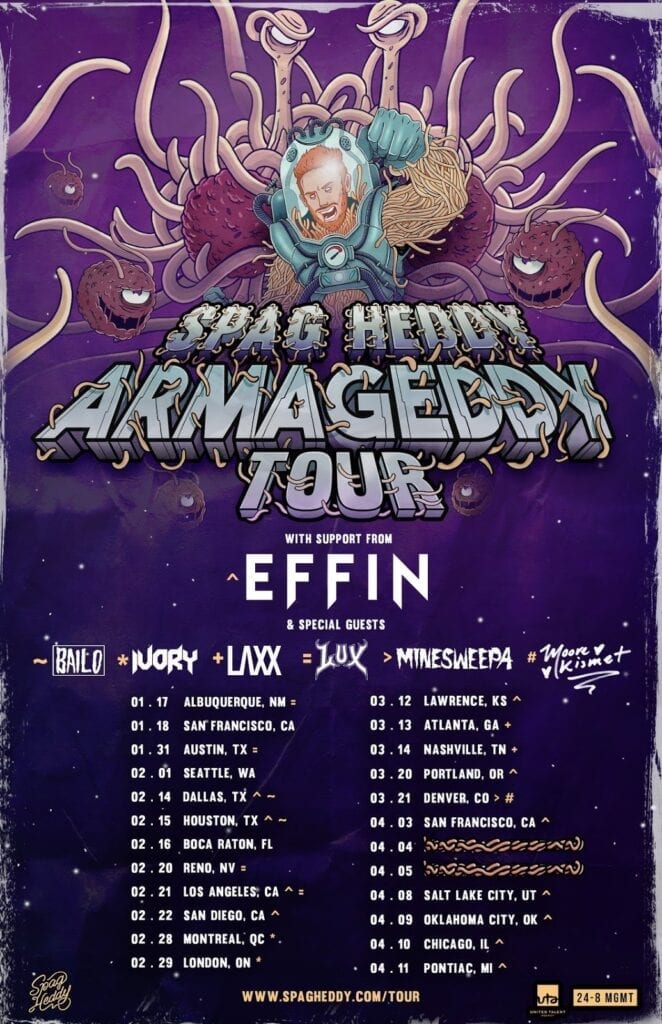