This is going to be one for the ages, my friends! Recently, we had the pleasure of listening to the legendary Dabin’s Between Broken LP. Now, we’re graced with his Between Broken US tour. This will take place over the winter and spring of 2022 and will kick off very soon, on January 26. Tons of different cities will be included and so you’re sure to find a location near you! The tour will feature guest performances from Rome In Silver and Skybreak. Throughout the duration of the massive tour, Dabin is set to perform his critically acclaimed third studio LP to iconic venues including New York City’s Terminal 5, Los Angeles’ Shrine Expo Hall, and Denver’s Mission Ballroom. Tickets for the Between Broken US tour are on sale this Friday, December 3 here. 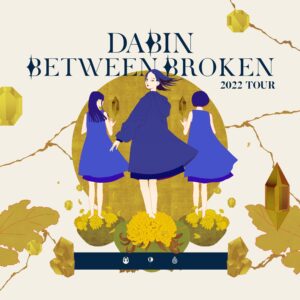 Between Broken is something special indeed. The LP is a coalescence of diverse styles, sounds, and thought-provoking themes. As a result, Between Broken is the wondrous culmination of Dabin’s many talents. He already has a multitude of experiences under his belt such as past LPs, the 2017 debut Two Hearts and its subsequent 2019 follow-up Wild Youth. 2021’s Between Broken is an inviting celebration of all things serene. This gorgeous, uplifting electronica meets inventive alternative and pop compositions in Between Broken. The LP is profoundly melodic, Dabin’s third studio album explores motifs of heartbreak, loss, and all-encompassing love.

Dabin is a wonder we are lucky to experience. He is always reinventing himself through each unique release. Using his indie-electronic sound, Dabin consistently breaks the mold. His real name is Dabin Lee and he originally hails from Toronto, Canada, and is now based in Denver, Colorado. He has paved a clear path for himself by using the sounds of rock and electronic music. With a penchant for playing piano, drums, and guitar, Dabin’s depth for musicality is more than meets the eye.