It’s been a glorious 10 years! Desert Hearts has captured the spirit of a movement. The festival has defined what it means to be a DIY party crew all while fostering a love-swept global community. It’s been a busy 10 years and the team has been partying it up in locations such as the Mojave Desert to premiere clubbing destinations around the world, onwards to the living rooms of their devout followers via DHtv in lockdown. Mikey Lion, Lee Reynolds, Marbs, and Porky never imagined just how far their creation would take them and their growing family, all on the back of House, Techno & Love. 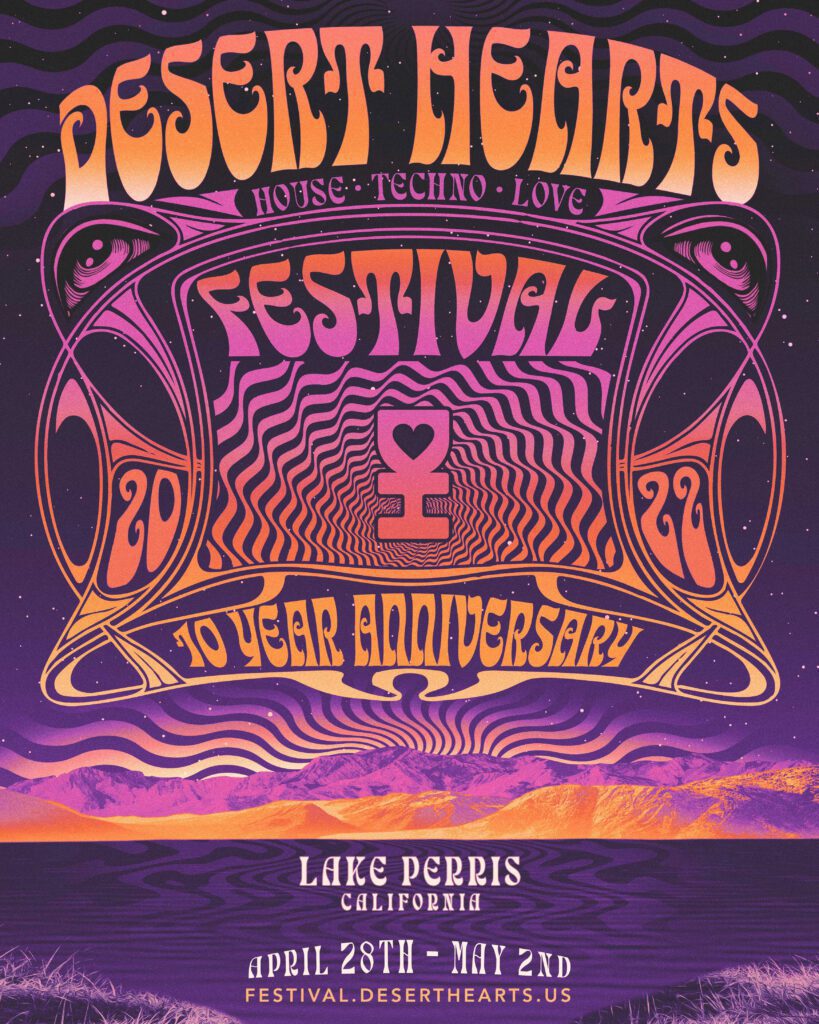 Through it all, Desert Hearts Festival has remained the beating heart of the movement. The festival itself has been a portal into a utopian world crafted as much by the participants as the organizers. Today the crew has announced the next phase of this collective journey as they celebrate ten years together at a new venue – Lake Perris, California – April 28-May 2. It’ll be a glorious one, guys! This new creative container will pave the way for the furthering of Desert Hearts Festival’s ‘One Stage, One Vibe’ mission, taking over this lush lakeside location for its best edition yet. 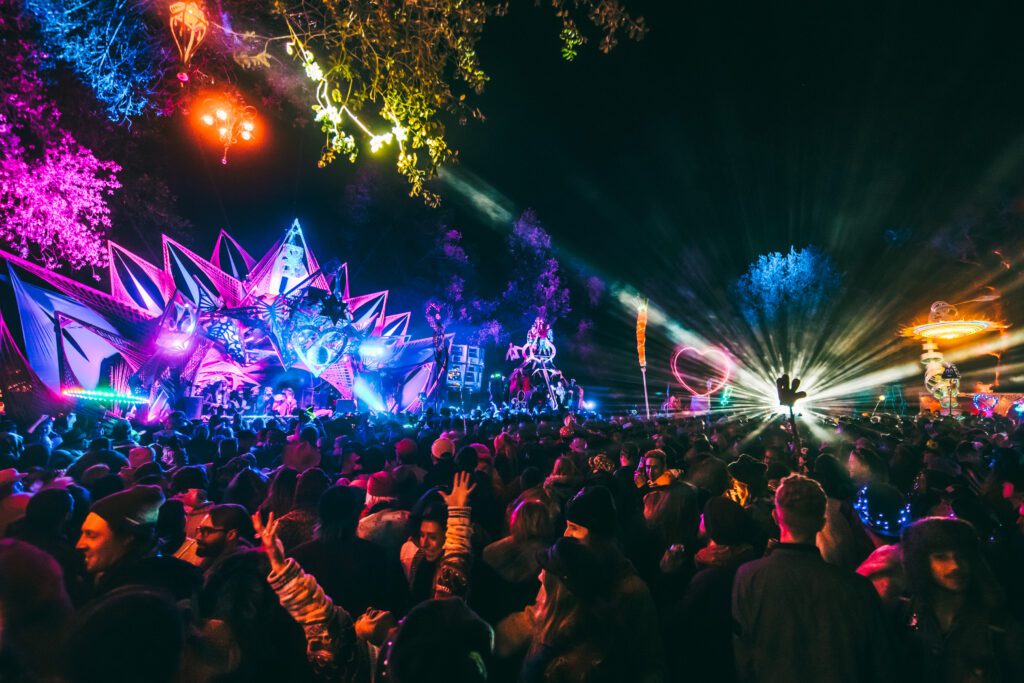 This location was personally scouted for the ability to allow the Desert Hearts Family and culture to thrive. Lake Perris, California will offer a nonstop space for the event’s renowned vibe and forward-thinking music. Nestled in Southern California, less than two hours from Los Angeles and San Diego, Lake Perris offers an open canvas with more amenities than ever before. For example, this includes premium campsites, bathrooms with showers, and an endless grass dance floor beneath snow-capped mountains adjacent to a beach and lake for swimming access during the daytime festivities. 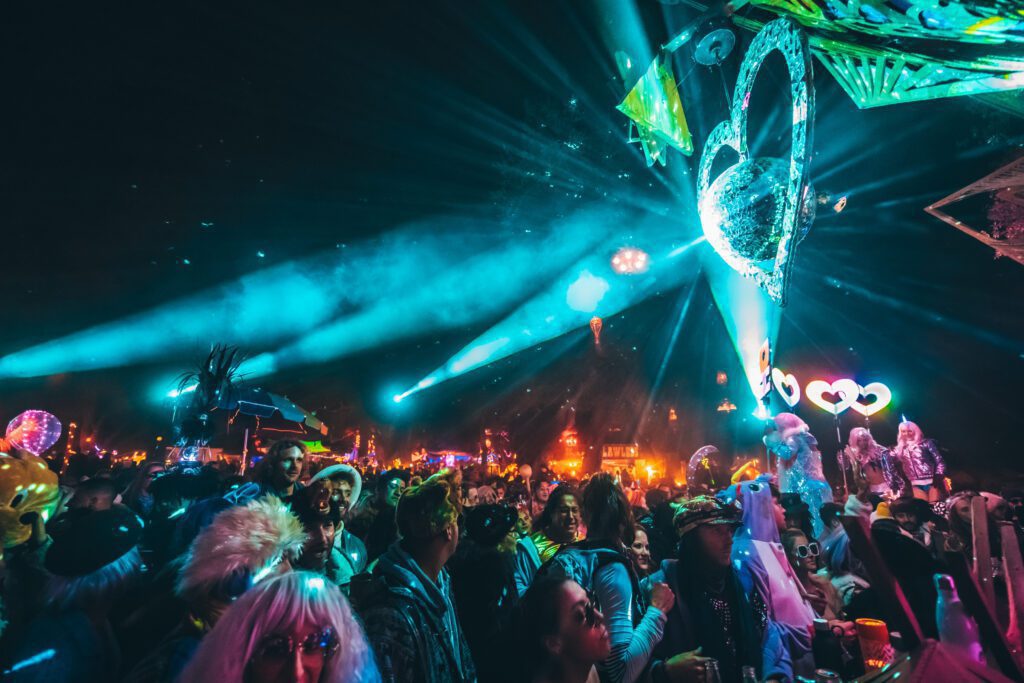 The Desert Hearts community will of course be sad to let Los Coyotes Indian Reservation go as its prodigal home, but the magical memories made in this sacred space will forever fuel the feeling of the movement. It’ll all work out!

For all ticket holders your General Admission, Early Arrival, Car Camping Passes, & RV Camping Passes will transfer directly to Desert Hearts Festival 2022! You don’t have to do anything. Just wait for the email from TIXR with your credentials.  Any and all questions about rolled over ticketing and refunds can be directed to contact box@deserthearts.us.