This year we have a new contender on the festival scene with Sacred Rose rising from the ashes of the pandemic. When I saw the lineup, my jaw dropped. I knew pretty much half of the lineup and wanted to see all of them. It was almost too good to be true, and there were also the then unannounced headliner details about who Phil Lesh would be playing with during his set. Phil Lesh, for those scratching their noggins, is the founding bassist from the Grateful Dead. If you don’t know the Dead I can’t help you much there. The mystery around Phil’s set was solved last week when Sacred Rose announced the “PHILCO” performance, a special treat featuring Phil with a stack of all-stars including Wilco’s Jeff Tweedy and Nels Cline. This will be the world debut of “PHILCO” and could very possibly be a short-lived project that will definitely be a once-in-a-lifetime event. This show has been in the interworkings of the universe since 1999 when Phil performed “Ripple” with Wilco at their California concert. After 23 years, the world gets an official “PHILCO” show! 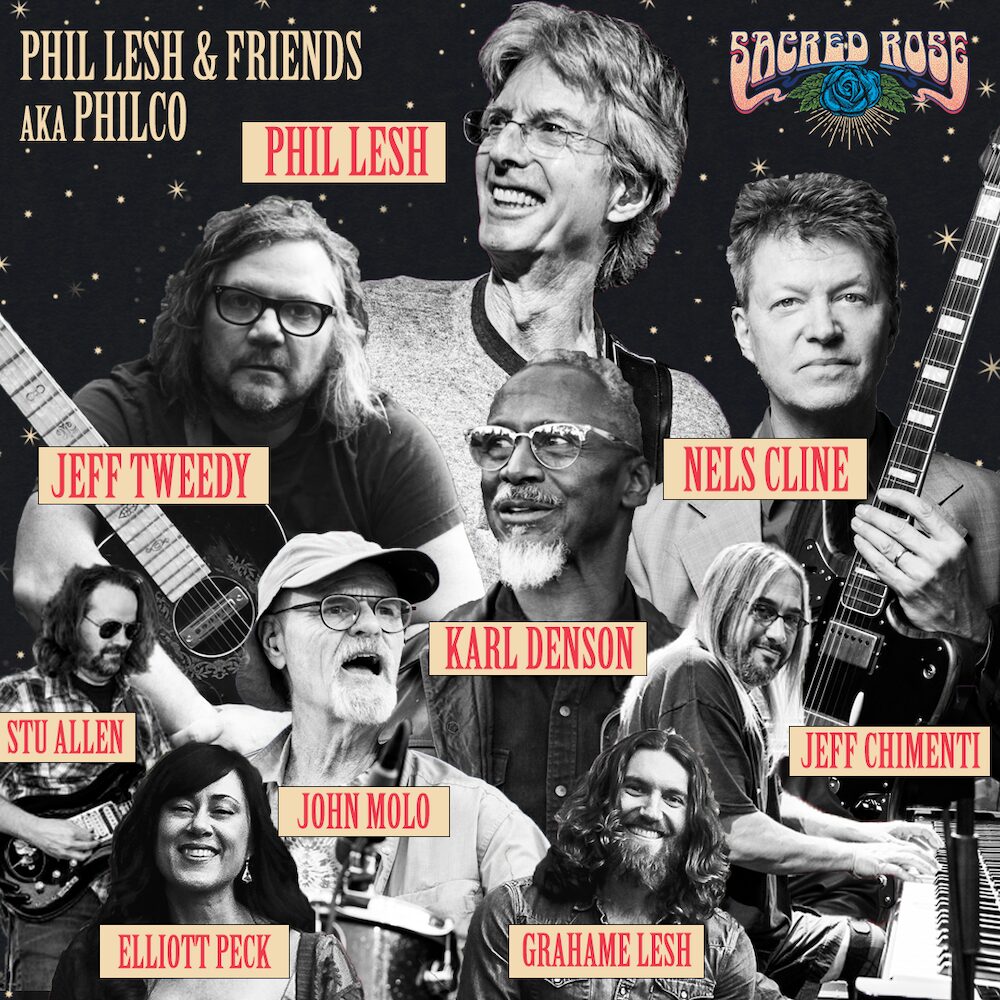 Wilco’s Jeff Tweedy has this to say about his upcoming set at Sacred Rose:

“Nels and I are honored to be asked to join Phil and Friends for Sacred Rose. There has been so much about Phil and the Dead to be inspired by over the years, from their longtime musical brotherhood to their wonderful and incomparable music, to their relentless touring and longevity. But perhaps the biggest inspiration is their dedication to the community that has grown up around them. This is a trait that we in Wilco deeply appreciate and have aimed to emulate over the years. There’s nothing better than playing music with your friends, for your friends.”

The full lineup for the Phil Lesh & Friends set is bonkers, to be honest. In addition to Jeff Tweedy and Nels Cline, the rest of the lineup includes Jeff Chimenti of Dead & Co, Karl Denson of the Rolling Stones and Greyboy Allstars, John Molo of Phil Lesh & Friends, Stu Allen of Dark Star Orchestra, Grahame Lesh of Midnight North (and Phil Lesh’s son), and Elliot Peck of Midnight North. Remember, this ridiculous headliner show is in addition to the stacked roster on the lineup including Khruangbin, The War On Drugs, the Black Pumas, Umphrey’s McGee, Joe Russo’s Almost Dead, Goose, STS9, Greensky Bluegrass, White Denim, St. Paul and the Broken Bones, and many more. For the inaugural year of this festival, I think the organizers nailed the lineup.

I hope to see you in Chicago for Sacred Rose 2022! Also if you haven’t heard, we are running a free ticket giveaway where you can win two tickets to Sacred Rose if you follow and comment on our socials.

Posts are located here so you can get those free tickets!!!