Most of us know who Skrillex is, but do you know who Skrillex was before he was Skrillex?  If you are an ex or current scene, emo, or post hardcore metal fan, you probably do.  Skrillex‘s name is actually Sonny Moore, and he was the lead vocalist for a prominent band called From First to Last.  Before Skrillex was Skrillex, he was a metal head, and since Sonny Moore went on his electronic venture in 2007, the band had to make a lot of changes.  This rare show announcement has the early 2000’s coming back with all of its amazing nostalgia for many.  This will not be a show you will want to miss!  This event will be taking place in New Orleans on March 22, 2019 and will be the first live From First to Last show in two years! 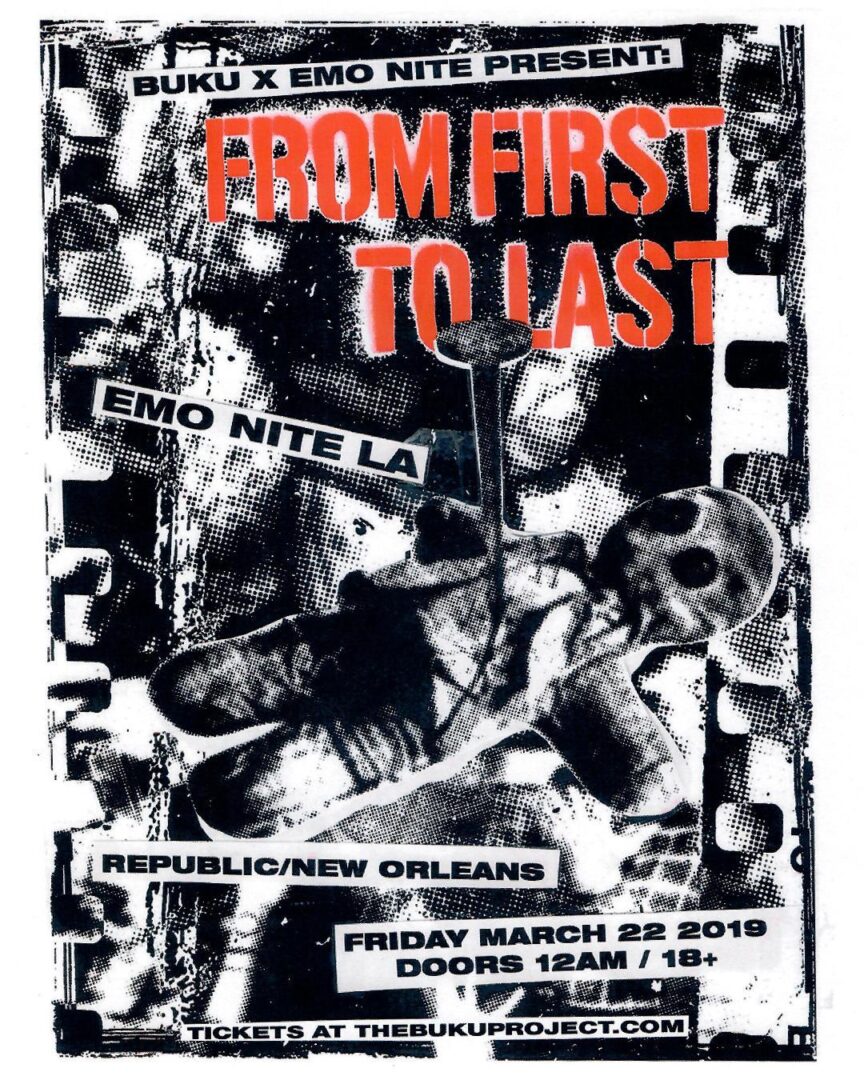 This event was put on by Emo Nite LA, Buku Music + Art Project as part of festivals “BUKU LATE” AFTER-PARTY SERIES.  Emo Nite tours in several cities in the North America, bringing all the emo back for you to scream at the top of your lungs with other emo music lovers alike.  There will also be exclusive merch at this event to make sure you have a one of a kind souvenir to bring back home with you!

GET YOUR TICKETS HERE!