Are you ready to get LOST in Miami?!?!? There are but a few parties that can claim to be as integral to the fabric of clubland as Damian Lazarus’ iconic 24 hour wonderland, Get Lost Miami. This event is a universal pillar of rave. As a result, the event has evolved into Miami’s ultimate celebration of the diversity of the global electronic music scene. And this 24 hour session is only for the most hardcore party people. Can you make the cut??? This year, the event is coming BACK to Miami to celebrate 15 years with over 70+ artists. Can you handle it? 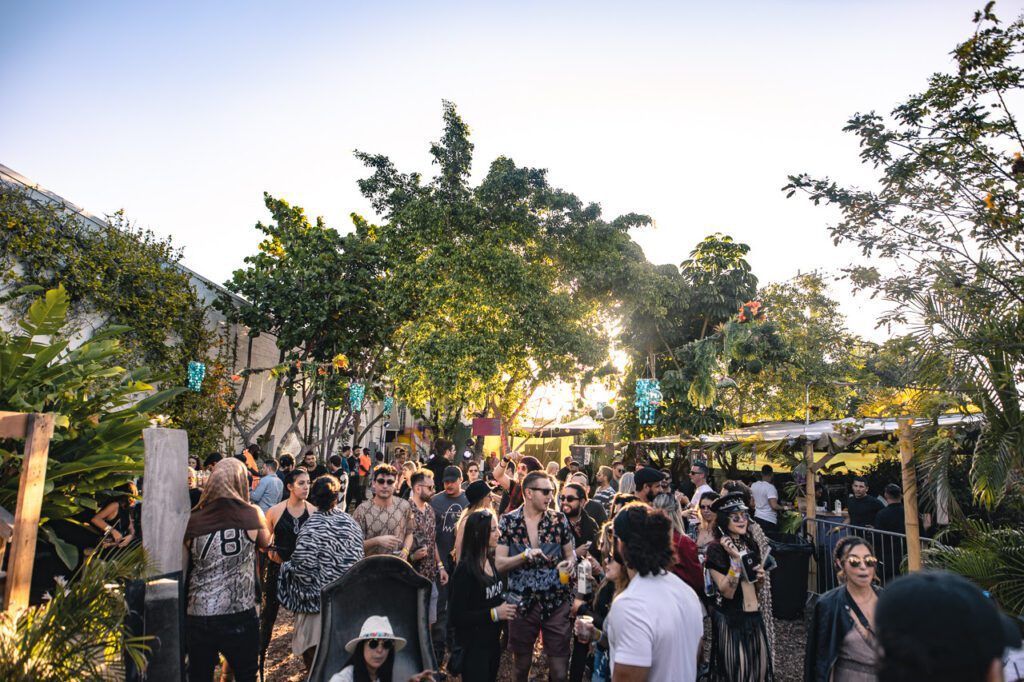 Since its inception years ago, The Get Lost Experience has morphed into something new and exciting. The experience unfolded from a backlot after hours into a fully immersive festival experience. I’ve been to a 24 hour party once and trust me, they’re not for the faint of heart. Do you have what it takes to party hard for 24 hours? It’s a marathon rave! Made up of the spirits of those willing to dig in for the long haul, it’s a ritual for the fully initiated and a twisted circus for the highest clergy of rave. Can you dig it?

Get Lost’s fifteenth year will be a celebration to remember! 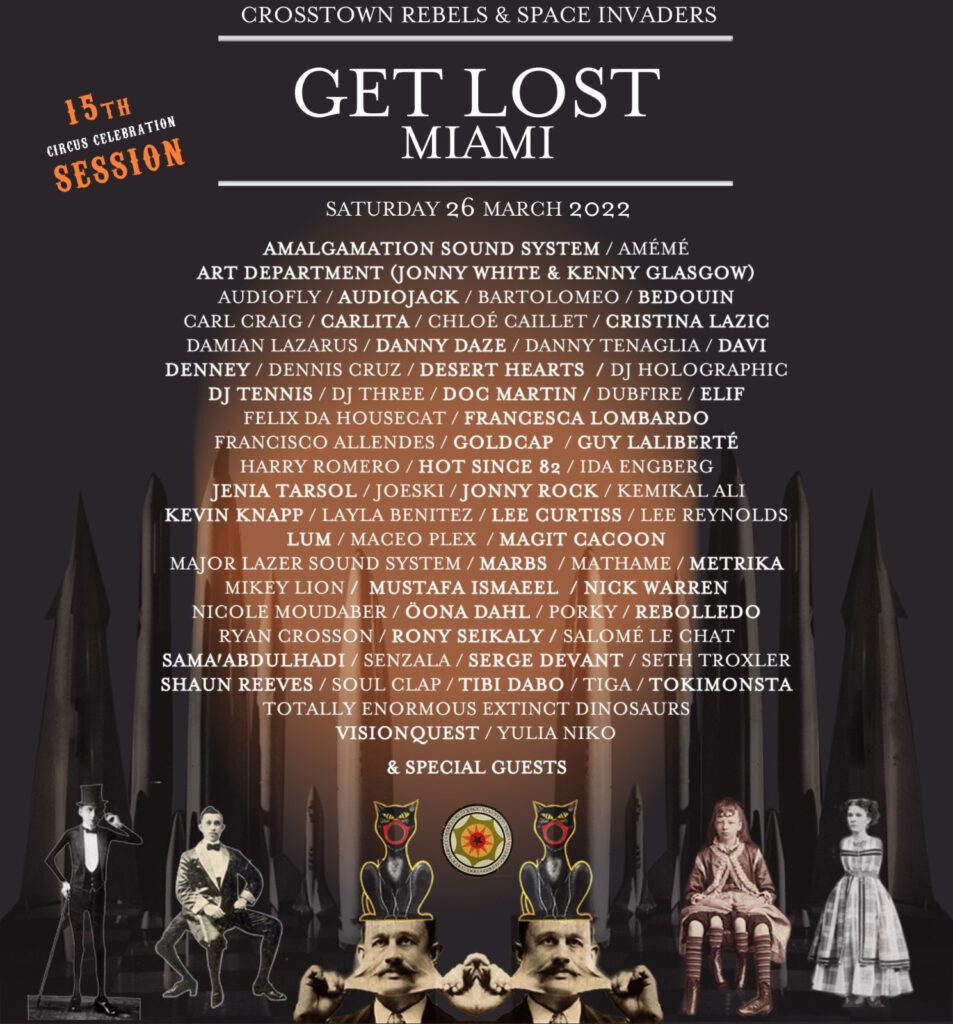 This epic event welcomes seventy-plus electronic music pioneers and flag bearers of the moment! It will all start at 5am with Detroit leading the charge! Seth Troxler and Carl Craig. The set follows a legendary B2B from the multi-generational Motor City pair up last November at the city’s revered TV Bar. It’ll be LEGENDARY.

But that’s just the tantalizing start! TThe event continues with unmissable moments! You’ll see a three-hour set from the inimitable Groove Jet legend Danny Tengaglia, and back-to-back from Nicole Moudabler and Sama Abhulhadi. This will repeat the magic from their recent debut together at Space Miami. Major Lazer Sound System will bring an iconic set to the show celebrating the global takeover of South Africa’s Ampiano sound.

If that isn’t enough for you, Art Department will play a very special reunion performance. This amazing event will reunite Jonny White and Kenny Glasgow. Meanwhile, the mysterious Amalgamation Sound System will deconstruct and take control for six hours, featuring one of the UK underground house scenes’ most beloved protagonists, a real DJ’s DJ, the great Johnny Rock. 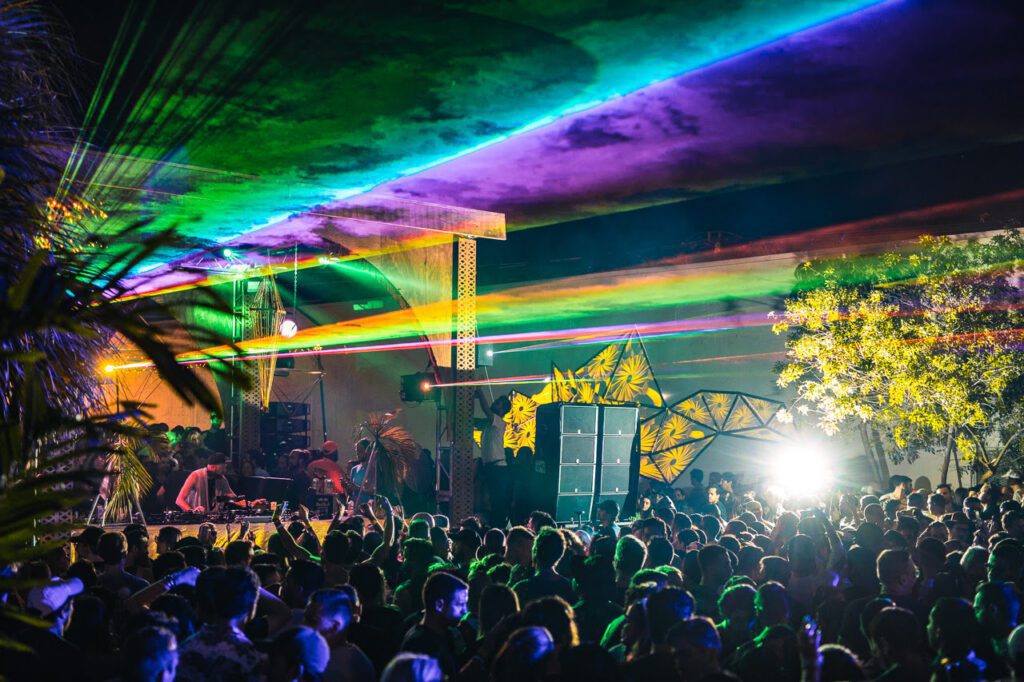 We’re already in awe but next up, Knee Deep in Sound leader Hot Since 82 makes his return to Get Lost. This will be alongside fitting mystics from nomadic storyteller & DJ, Guy Laliberté, who is the founder of Cirque du Soleil. Next up, Turbo Records-label head Tiga will also join the fold. This will be followed by the unstoppable duo Bedouin as they continue their reign alongside Pachanga Boys’ Rebelledo, Detroit legend Carl Craig, and fellow Motor City star DJ Holographic.

Gotta love The Desert Hearts crew! They will be represented by co-founders Mikey Lion, Marbs, Lee Reynold, and Porky. These epic artists will provide a crew set on the heels of their own 10-year anniversary, joined by recent collaborator and once-again U.S. resident, Kevin Knapp. Ellum Audio boss and DJ Maceo Plex will be right at home in Miami, joined by Parisians fashion icons Salomé Le Chat and Chloé Caillet.

Fresh off the Wizardry trio closing set at Day Zero Tulum, DJ Tennis and DJ Three are also set to join Get Lost in 2022. Plus, GRAMMY-Nominees TOKiMONSTA and Totally Enormous Extinct Dinosaurs will take center stage at the party! This will all be in addition to Crosstown Rebels alumni and label regulars like Tel Aviv-export Magit Cacoon, Francesca Lombardo, Serge Devant, and Yulia Niko. Can you imagine how epic this lineup is going to be?

Visionquest trio of Ryan Crosson, Lee Curtiss, and Shaun Reeves are also planning to join the party. They will be embarking on their legendary sonic pilgrimage, joined by modern disco icons Soul Clap.

We’ve gotta give the up and coming artists support as well. Lazarus invites to Miami some lesser known names destined for stardom on the horizon like Tibi Dabo, Christina Lazic, Amemé, Senzala and Yulia Niko. This is important because these new talent will be on the A list someday. A&R’ing debuts and breakthroughs on Crosstown over the years from Jamie Jones, Seth Troxler, Maceo Plex, Art Department, and many more. 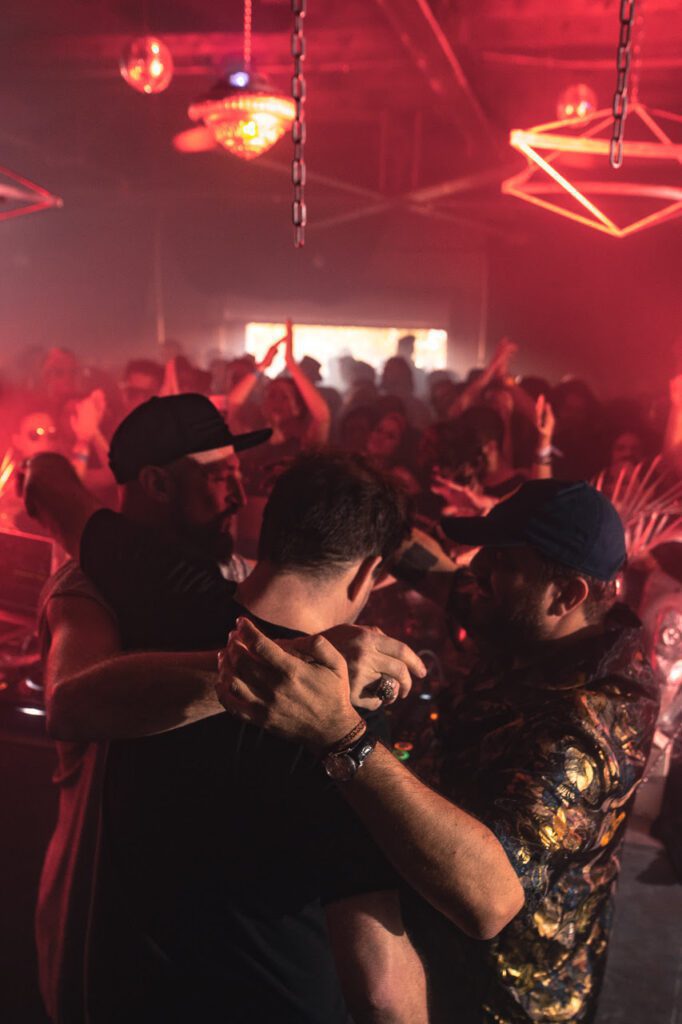 Of course it remains the A list assemblage of unannounced special guests and big surprises that put the final touches on one of Miami’s most magical parties of the year.

In the Space Invaders crew’s own words on the collaboration, “given our experience of hosting Miami’s wildest marathon parties week after week at Club Space, Space Park and the III Points festival, we feel we are the perfect collaborators to work alongside Crosstown Rebels. Get Lost promises to be a legendary party and the biggest takeover of Miami to date”.

Following the success of Day Zero Tulum’s ten year celebration in early January, Get Lost returns fifteen years young to offer yet another multifaceted trip for the senses. Grab your most intense party people and get ready to DANCE!