Ready for some GRiZ in your life? Today, electronic producer, DJ, and multi-instrumentalist GRiZ has announced a new show for ya! This is the Space Camp, a two-night run touching down at Virginia’s iconic Hampton Coliseum on December 17 and 18. Sounds epic! I’m excited, how about you? This will be GRiZ’s most ambitious and one of his largest headlining shows to date, featuring two unique sets from him alongside some of bass music’s most talented acts. Tickets are on sale now at https://griz.lnk.to/spacecamp. While you’re at it, don’t forget to take our survey on safety precautions! 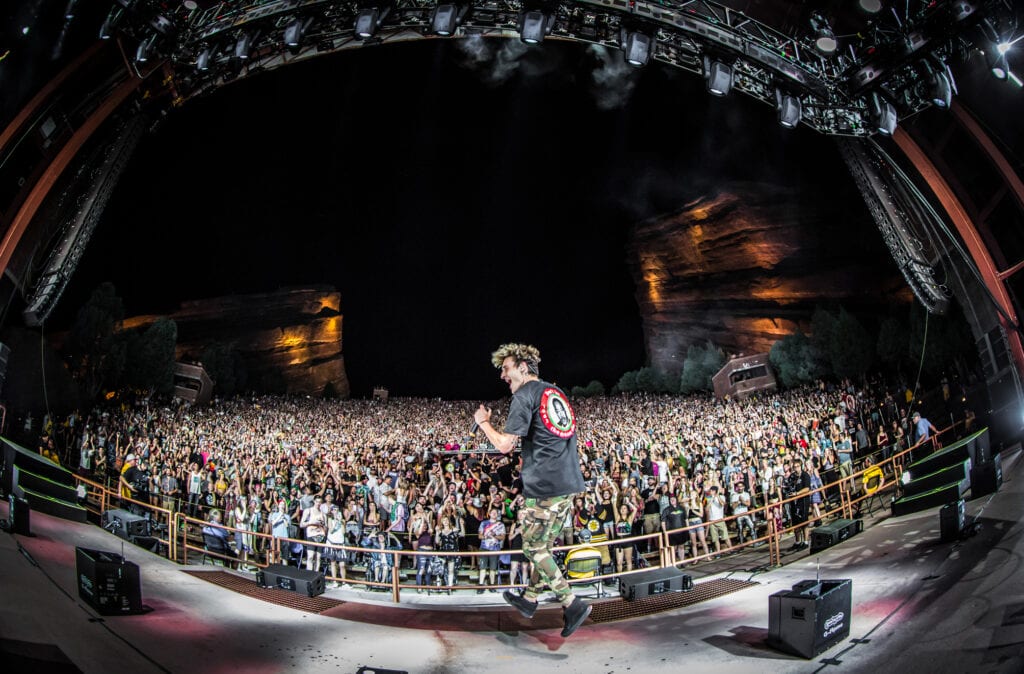 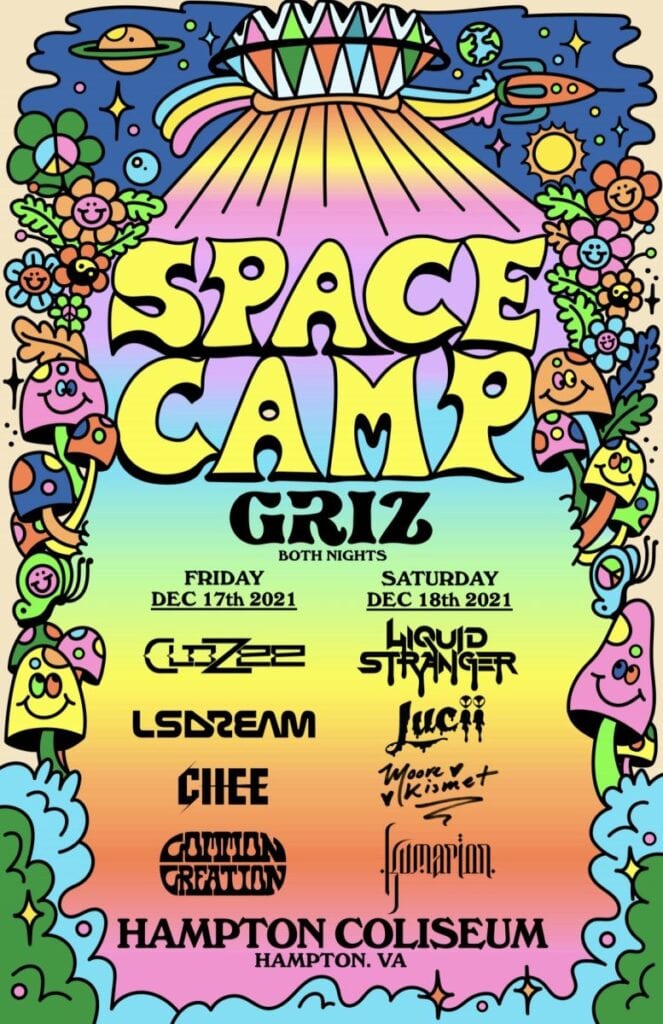 Of course, you’ll be getting an epic GRiZ show either way! Both nights will be capped with unique live shows from GRiZ featuring all new production and a showcase of his dynamic catalog both old and new. These headlining performances have become something of legend for fans, a reflection of GRiZ’s commitment to delivering unique shows that span style and format night after night. His Hampton throwdown will become another jewel in a crown already adorned with signature triumphs like GRiZMAS in Detroit and iconic takeovers of Colorado’s Red Rocks and Chicago’s Navy Pier.

“As a kid I always wanted to go to space camp. Hang with other kids and share in that sense of adventure and imagination. So we’re throwing our own. A place to gather, explore and play. A place to be weird, to celebrate life, a place to be yourself, a place to escape earth. We’re ready for takeoff. Welcome to Space Camp.”

GRiZ never lost a beat in either of his creative or philanthropic endeavors over the past year even though it was kind of wacky! However, 2021 has already seen three massively successful single releases from the versatile producer including the recent  “Vibe Check”, “Ease Your Mind” with Ganja White Night“, and “Bring Me Back” with Elohim. GRiZ also debuted the winter edition of his health and wellness retreat Virtual Camp Kulabunga in February after triumphantly ending 2020 with the seventh anniversary of his charitable 12 Days of GRiZMAS event series.

With the impending revival of live music on the horizon, GRiZ is poised to make an explosive return to the stage to deliver fans what they’ve missed the most.