View All
Ready to party in Costa Rica? You need this paradise! Get ready for the BPM Festival: Costa Rica! Here they are to present the phase two lineup of their highly-anticipated 15th-anniversary edition, set to take place from January 12th to 18th, 2022 in the picturesque beachside town of Tamarindo. Take me there- now! The festival is boasting a penchant for hosting top-notch underground talent in house and techno, the renowned event welcomes over eighty new artists to its week-long event. For those looking to attend the colossal celebration, 7-day and 3-day weekend festival passes are on sale now.
PURCHASE: THE BPM FESTIVAL: COSTA RICA [TIER 2 TICKETS]

Check out that lineup!! 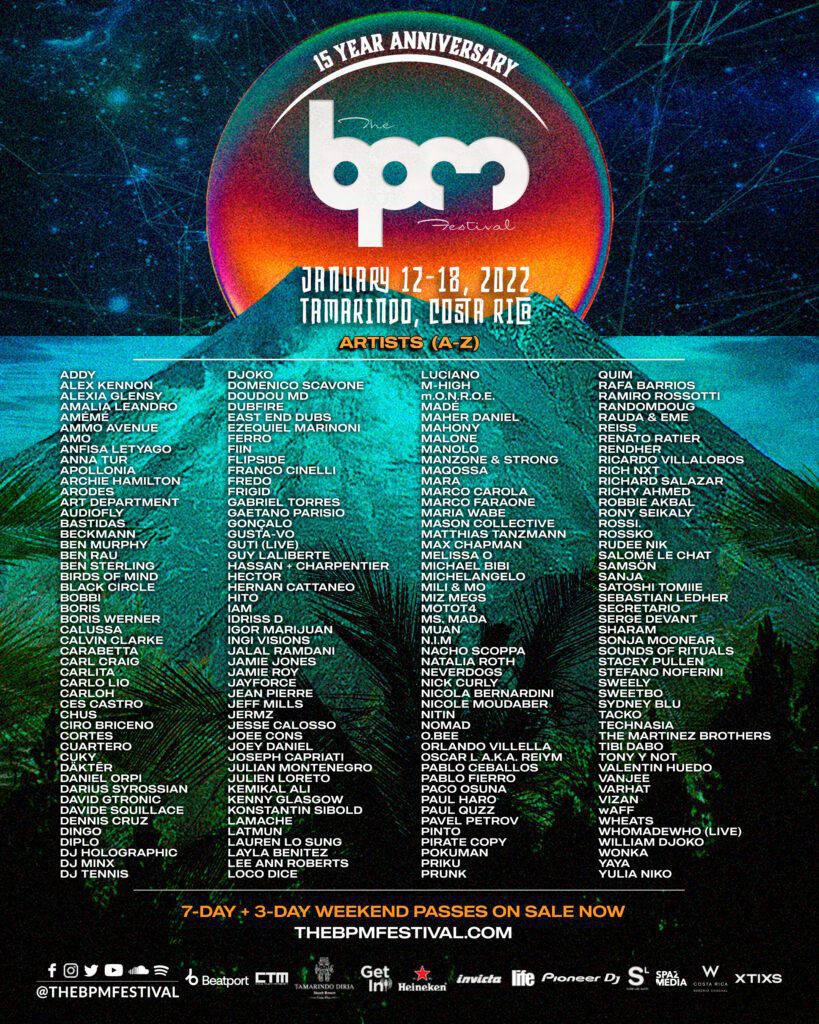 Of course, you can expect great music but in addition to the newly-added acts and showcases, BPM will also be hosting a series of ‘The BPM Festival presents’ showcases.

This includes Hernan Cattaneo on opening day hosted by legendary San José nightclub Vertigo, ‘This Is The End’ with Marco Carola on closing night plus additional events with Anfisa Letyago, Gaetano Parisio, Jeff Mills, and more. 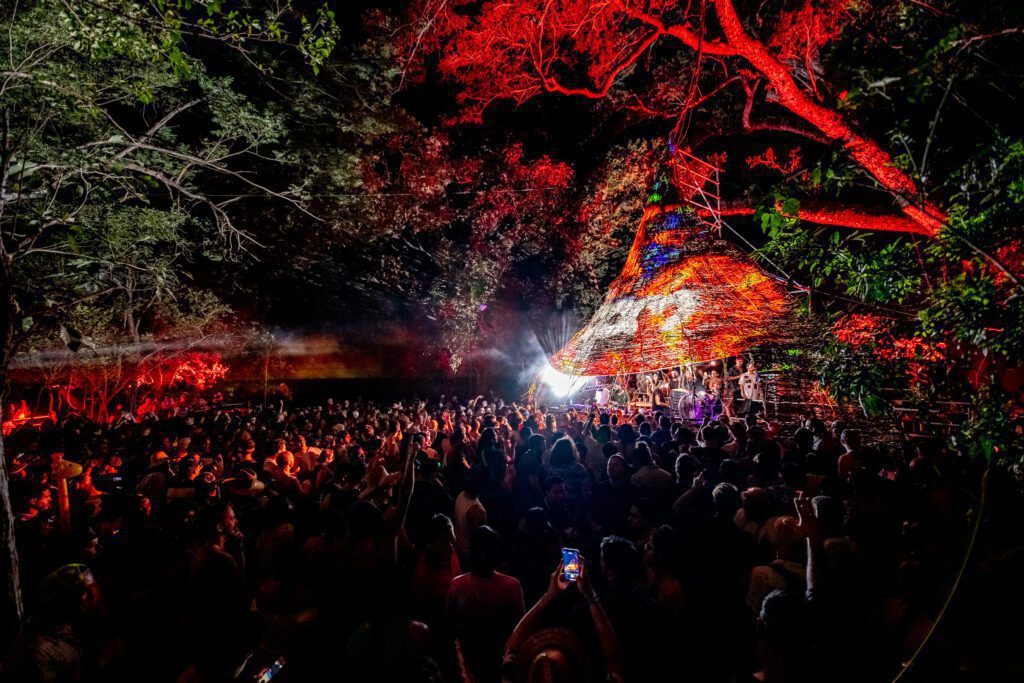 This whole event is sure to up your BPM. Expect four custom-built stages outfitted with locally sourced natural materials and designs meticulously crafted by Konyo Factory Productions will be awaiting attendees in The Jungle and Canopy festival areas. Next up, attendees will also have the opportunity to explore everything Tamarindo has to offer with daytime events at Ocho Beach Club along Playa Tamarindo, and nighttime events at Chiquitas and El Garito nightclubs located within the city center, all included with a festival pass. Excursions plus an event?!?!? Plus, everything is cashless so you don’t have to worry about losing anything! The BPM Festival will be live-streamed daily with video and audio via Beatport Live, and on Balearica and Ibiza Sonica with select sets live-streamed via audio-only.
Posted in Festivals, Press Releases and tagged AMÉMÉ, and Rony Seikaly, Art Department, Audiofly, Balearica, Bandidos, Birds of Mind, Carl Craig, Diplo, DJ Minx, DJ Tennis, Dubfire, From The South, Hernan Cattaneo, Jamie Jones, Kenny Glasgow, Loco Dice, Luciano, m.O.N.R.O.E., Marco Faraone, Matthias Tanzmann, Michael Bibi, Nicole Moudaber, Pablo Ceballos, Paco Osuna, Ricardo Villalobos, Stefano Noferini, WhoMadeWho, Yulia Niko
← Kraftwerk Brings Their Tour to North America!The Lineup for Lightning in a Bottle is EPIC →
Don’t forget to follow The Festival Voice for all of your electronic music and festival news!
Instagram: @TheFestivalVoice
Facebook: @TheFestivalVoice
Twitter: @thefestvoice
Snapchat: @thefestvoice
YouTube: TheFestivalVoice
Home » Blog » Get Your BPM Up at BPM Festival: Costa Rica