Have you ever wanted to rave for two days at a pop-up, western style, festival? Well, look no further than the Relentless Beats event Goldrush. This festival returned for its second year during the weekend of September 28-30. Artists and attendees from all over came to Pheonix, AZ to rage western style. No, this does not mean country music and shoot-outs. It means having the experience of what it would be like to be in an old western town, while also raving to artists such as Deadmau5, Illenium, and Steve Aoki. I got the opportunity to go to Goldrush this year and, frankly, it’s been one of my favorite festivals ever. 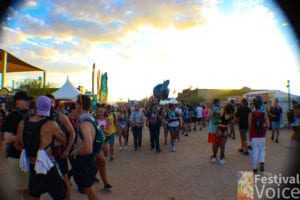 From the first stop, at security, you know this festival is run by Relentless Beats. Because not only are all the festival workers extremely friendly and helpful, but they are also all extremely organized and able to get you into the festival in a timely manner. When you enter the festival it’s like entering an old western movie, but with ravers walking around. This provides for an extremely hilarious and entertaining two days. 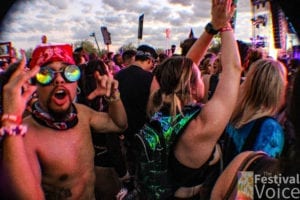 While the water station had GIANT coolers, most people prefer water stations that do not require them being refilled. But since this festival is basically in the desert, I think the oversized water coolers are the best option! Also, since this is a desert festival, the dust is overwhelming. If you do not bring a face mask of some sort, your lungs and throat are going to be hurting the next couple of days. In addition to lung pain, you run the risk of contracting Valley fever. Valley fever is a bacterial infection that comes from inhaling dust and dirt contaminated with the bacteria. While it is not fatal, it is a pain in the ass to get over. So, investigate getting a face mask from our friends over at iHeartRaves! 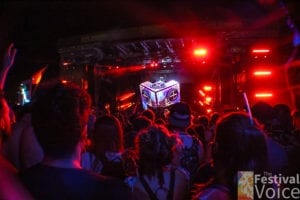 The layout of this festival was perfect. Somehow Goldrush managed to keep the stages within walking distance, but also not have the sounds melt into each other. Everyone was thrilled about that! Throughout the stages were plenty of bathrooms, a huge water station, and medical rangers wandering around. These rangers were incredible. They were part of the medical team and walked around misting people with cold water, and also handing out water bottles. The idea of having medical personnel in the crowd making sure attendees were safe and not judging them for whatever they were doing is something all festivals should have. Safety is the number one priority at festivals and Goldrush killed it! 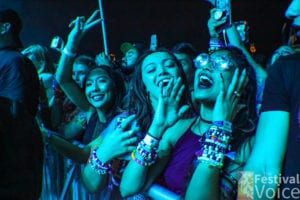 Overall, I would say that Relentless Beats knows how to throw a festival. People were in awe that this festival was only in its second year. It was incredibly well-run and truly a blast. Additionally, it was safe, organized, and had a killer lineup, and for those reasons, attendees say they would definitely return!