Hey hey, festy fam! We’re delighted to announce that HARD Events, one of North America’s most beloved event brands, has announced its return to Miami Music Week on Thursday, March 24!!! This is going to be awesome! It all goes down at the famed Wynwood event space and food-hall, 1-800-Lucky. With a name like that, it’s bound to be a great time!

We really enjoyed covering HARD Summer this past year. They are a well-known company, known for its ability to cross genres and bring together artists from all corners of the globe. You can expect to see some of the scene’s champions as well as newcomers. And the Miami edition is ready to showcase international sensations in-house and techno. Starting up the bill is Detroit’s seminal tastemaker and Mahogani Records boss Moodymann,  alongside Turbo leader Tiga, and rising UK icon TSHA. 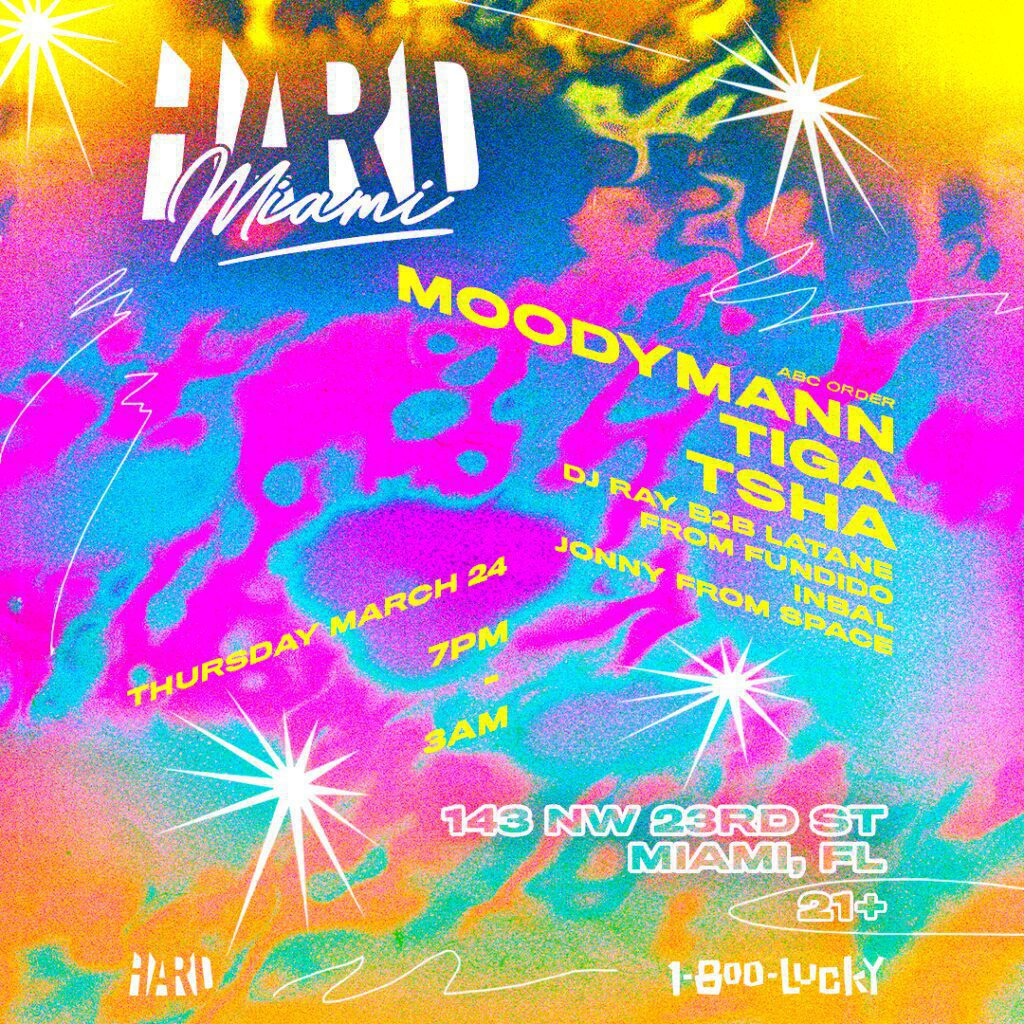 This is an epic news announcement and it coincides with HARD Summer announcing that this year, they’re expanding to 3 days! Looking forward to seeing this legendary event grow once more!

Those in the know will tell you that HARD Miami remains a storied flagship of the MMW calendar and a show not to be missed.