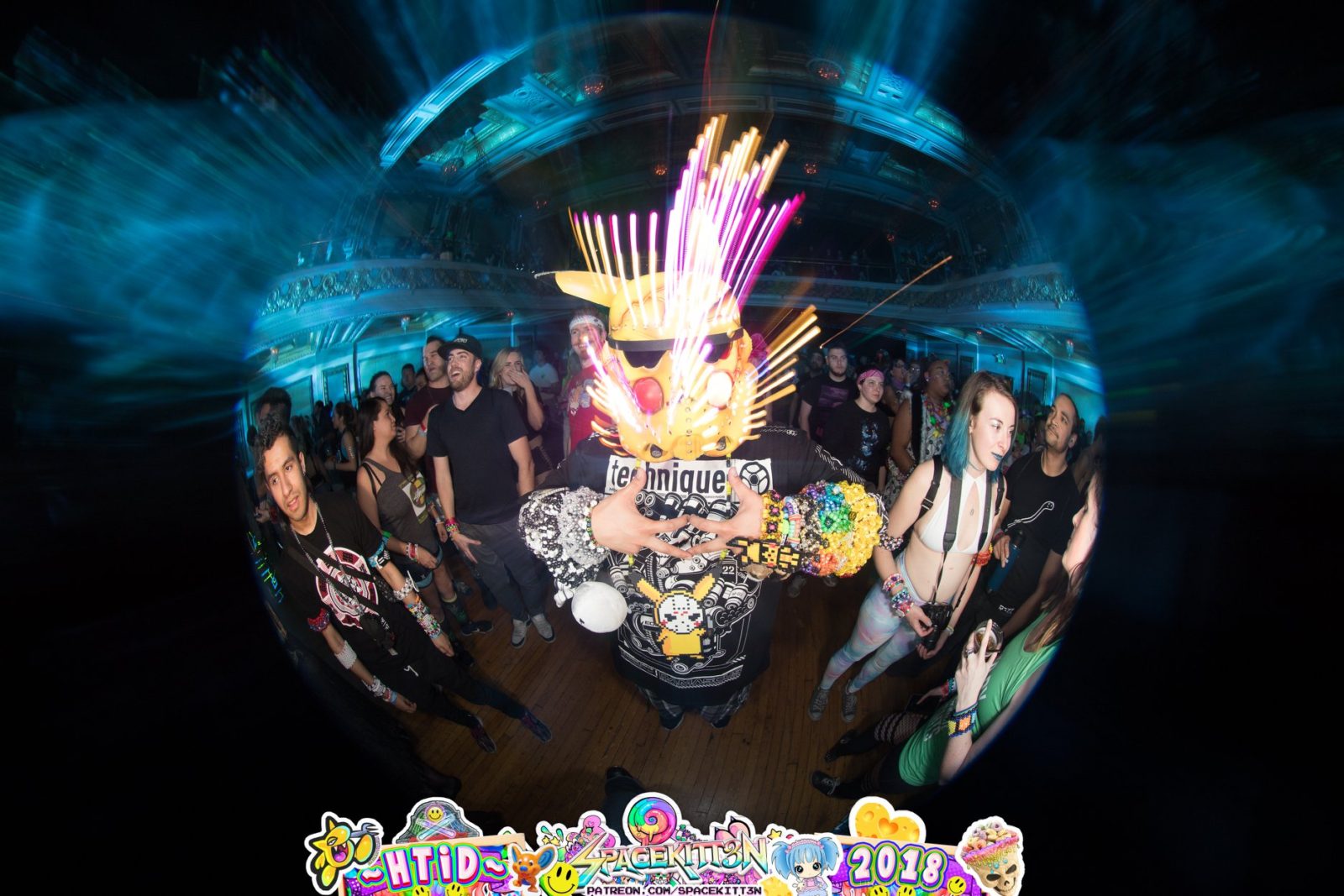 Numerous ravers were delighted when popular happy hardcore event promoter HTID announced its return to the United States after a 2-year-long absence, during which many wondered if an event of that scale would ever even grace the West Coast again.

But the wait was worth it. Boasting what would be a dream line-up for many kandi kids and happy hardcore fanatics, HTID USA managed to sell out the Regency Ballroom, one of San Francisco’s hottest and most beautiful concert venues.

Note: for those who don’t know, HTID is the acronym for “Hardcore Til I Die“. If you like cheesy melodic lyrics plus fast hard bass, then this might be just right for you. 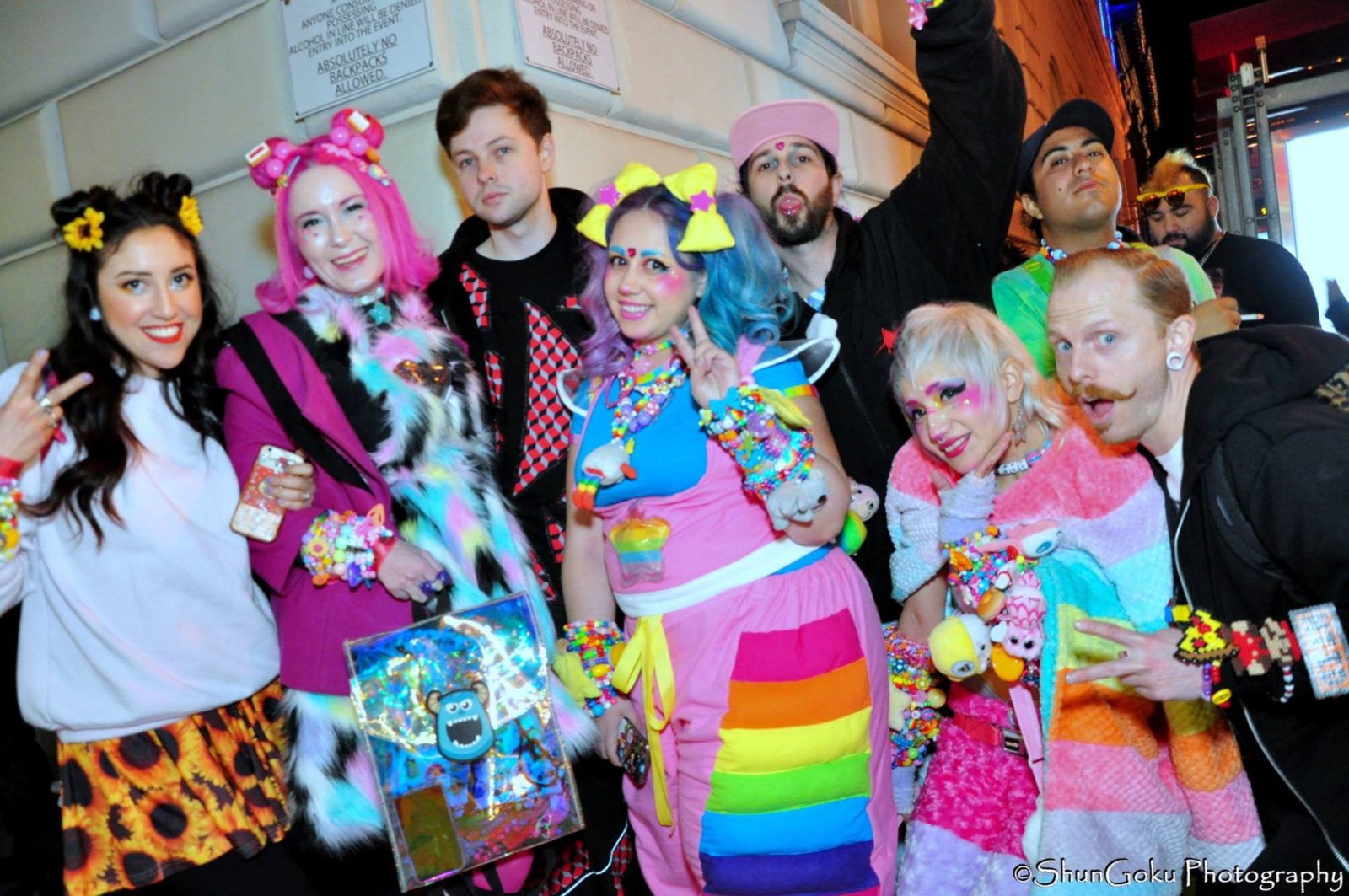 Although this subgenre of electronic music might not be as popular in the States as it is in Europe, the happy hardcore community is a close-knit and dedicated one: ravers came from all over the country to dance the night away to hard fast beats while sporting unique, vibrant outfits and a massive amount of kandi.

The event was accompanied by a pre-party on Friday, hosted by United in Hardcore, and an afterparty on Sunday night, organized by Hardcore In The Bay. Both showcased an amazing range of talent from California and the rest of the United States, plus a few artists from overseas, such as Daniel Seven from Italy. 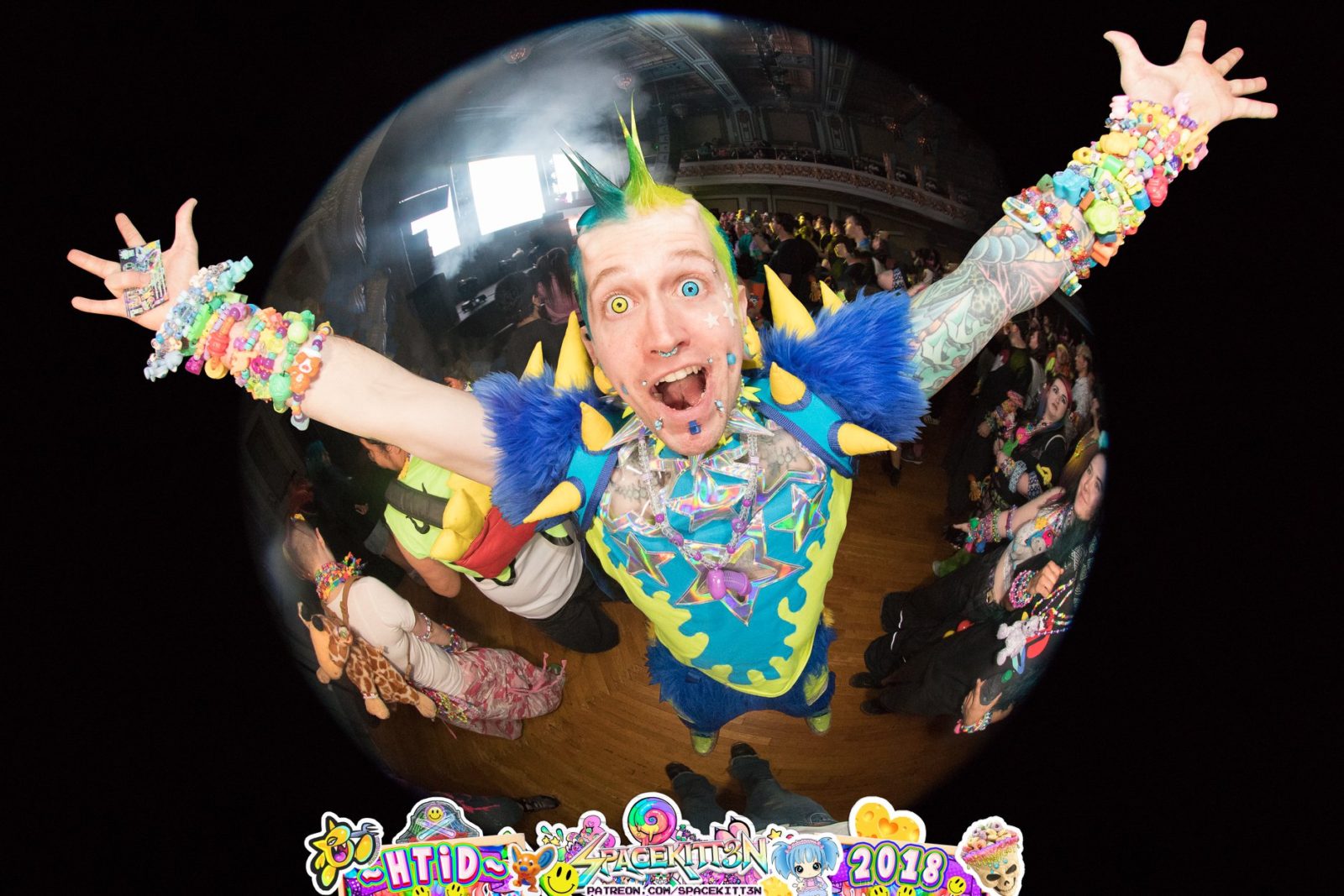 We met up with some friends before heading to the main event, and thankfully there was no line since we got there right as doors opened. As soon as we walked into the Regency Ballroom, we knew right away that we were in for an unforgettable night. We made sure to check out the merch area first, where we picked up one of the exclusive Damascus x HTID collaboration t-shirts and a few more goodies before heading towards the dancefloor.

Not even 30 minutes in and I was already amazed by the amount of detail and creativity I saw in everyone’s outfits. All kinds of raver fashion were present, from 90’s style phat pants and visors to more modern booty shorts and pasties in every shade or color you can imagine. I even saw a girl or two dressed up as the HTID Angel. 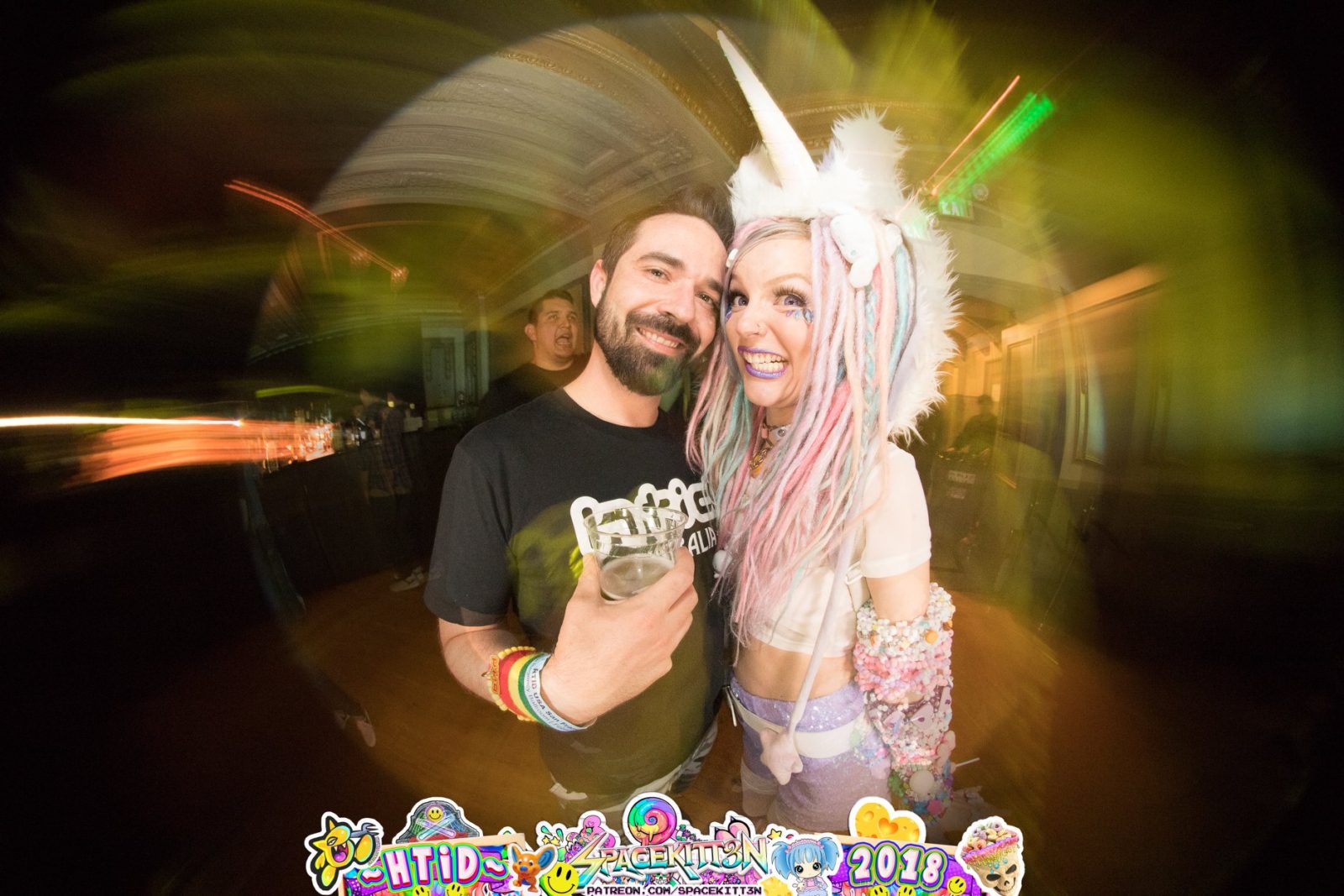 We walked through the thickening crowd of ravers, passing by hula hoopers, glovers and squads of friends hugging and laughing with each other as they danced. Seattle-based DJ Jimni Cricket was playing at the time; it was my first time seeing her live, and I loved her vibe (especially because she was smiling the whole time! That’s how you know she’s loving life). She did a wonderful job of warming up the crowd for the next few artists.

Soon after, DJ Nobody came on. He actually played at the first happy hardcore event I ever attended, so being in the crowd to enjoy his set definitely made me feel nostalgic, reminding me of why I fell in love with this music in the first place. And every time I looked up to the large screens behind him and saw the HTID logo with the blonde angel behind it, I realized how lucky I was to be there and to be surrounded by so many phenomenal, like-minded individuals. 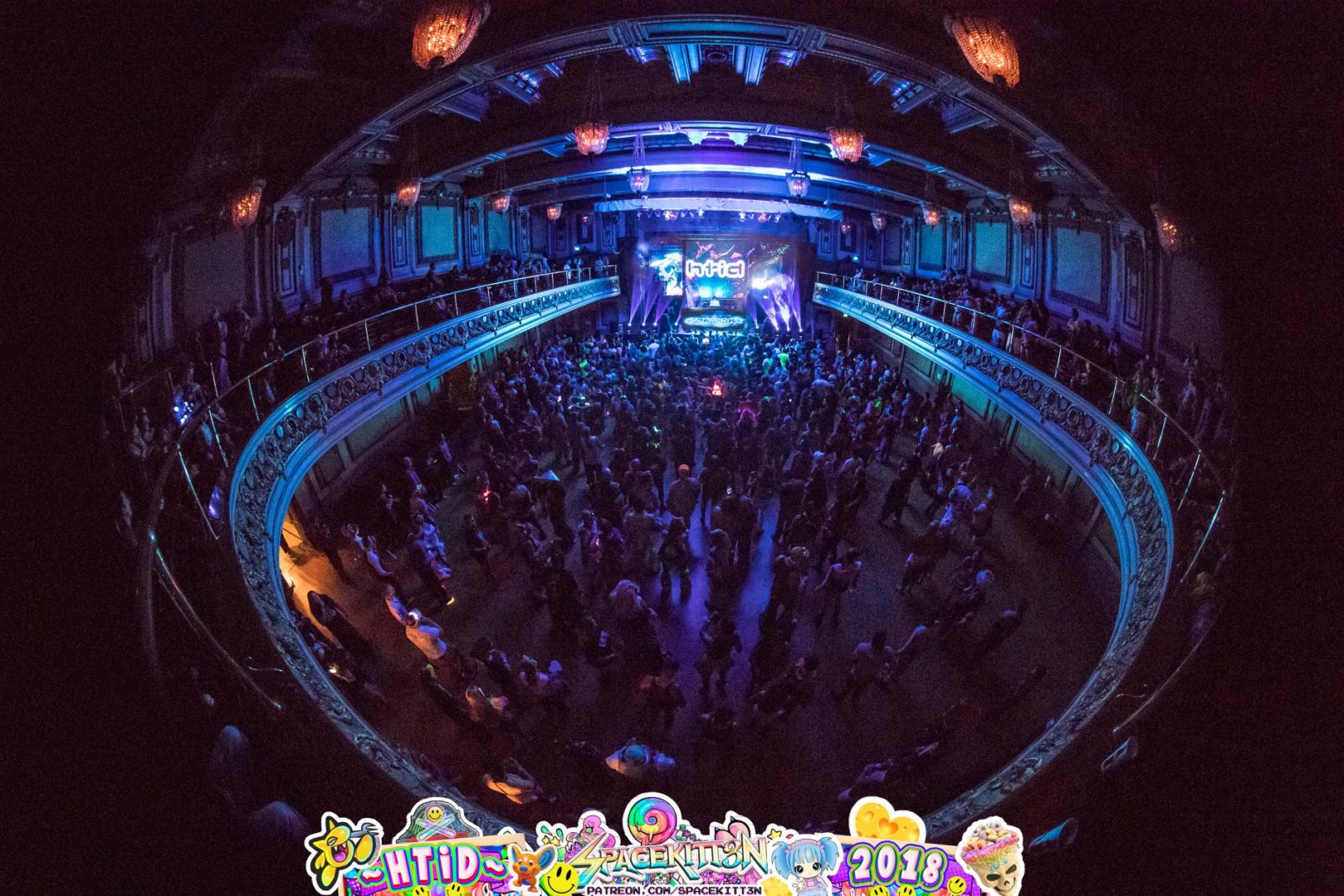 We had our whole group at the rail just in time for the start of Dougal‘s set, who threw down what’s possibly one of my favorite UK Hardcore sets ever. He stole my heart when he played a remix (or mash-up?) of Fatboy Slim’s “Praise You”. His content face as he dropped that track and lip-synced along just made me want to dance even more.

Next up was the most requested HTID artist ever, DJ S3rl himself, playing one of his last shows before retiring from touring. The crowd bounced around in a wild frenzy and screamed the lyrics to all his classics at the top of their lungs. It was the most alive I’d felt in a long time. He even played my personal favorite track by him (it’s this one, by the way). 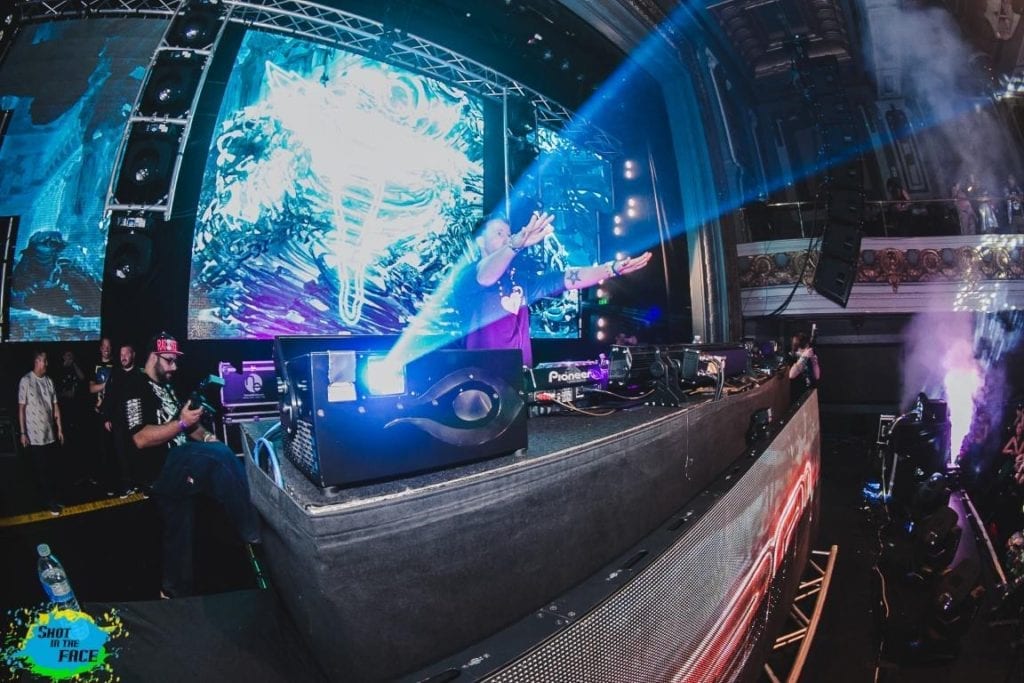 Another much-anticipated artist was Darren Styles, loved to the point that I heard multiple fellow ravers yell out “DADDY STYLES” in attempts to get his attention. It actually worked at some point… He seemed amused. Opening his set with an epic mash-up of Coldplay’s “Viva la Vida” and his own classic “You’re My Angel”, Styles’ set was yet another incredibly euphoric journey into the realms of UK Hardcore.

Closing the event was Hixxy, who is believed to have coined the term HTID in the first place; we moved to the balcony so we could get a better view of the whole crowd and venue during the last set, imprinting all of it in our memory since we knew it would all be over. Hixxy’s music brought back some wonderful old-school vibes. 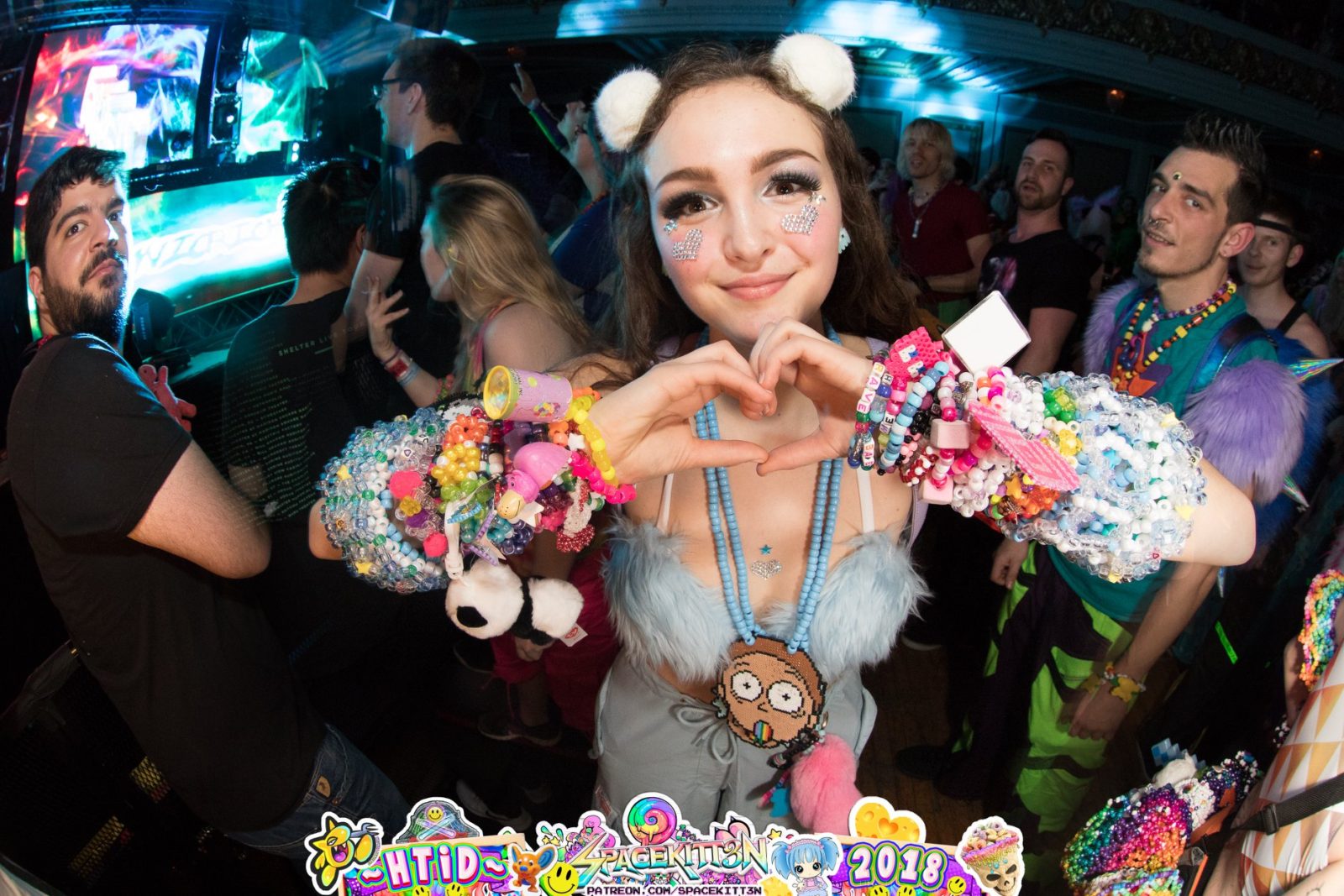 I was deeply saddened as the show came to an end. We walked out, already starting to feel those post-rave blues, but as I looked around me and saw my fellow kandi kids and ravers smiling to each other while creating new connections, I got the feeling that maybe happy hardcore isn’t so out of place here on the West Coast, and maybe P.L.U.R. isn’t dead after all. It’s just up to us to keep it alive by spreading positivity every day and doing what we truly love.

Stay Happy, Stay Hardcore… And see you at the next HTID!