I’m not joking when I said I broke my neck at the Conrank and Hydraulix show last weekend. I was lucky enough to check out the Iowa City show and boy, did I break my neck. I headbanged so hard that my neck was sore until at least Tuesday! While that wasn’t the most comfortable feeling in the world, it was worth it. 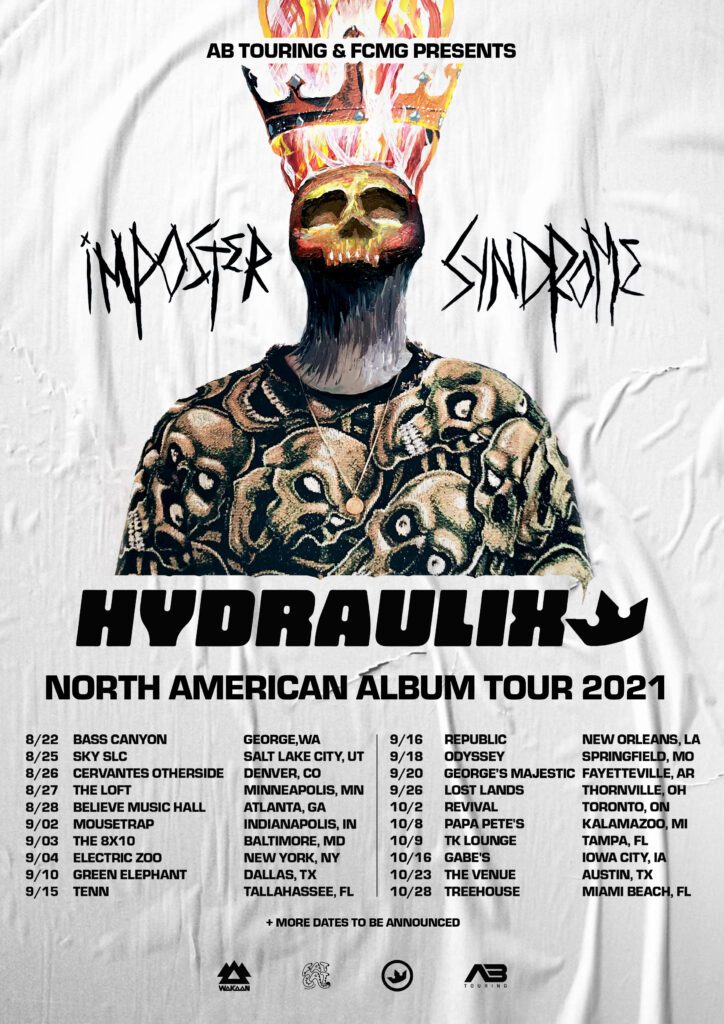 This was my first concert back since the pandemic hit, with the exception of a few outdoor festivals. For this event, I was just vibing rather than taking pictures. The show was held at Gabe’s, which is a familiar venue to me. I’ve been to plenty of shows at this iconic bar located in downtown Iowa City. I’m a huge fan but the downside of this venue is that it is pretty small, which can lead to some crowded shows there! I love the atmosphere and with it being so close to home, I’m bound to run into friends there. I went with my boyfriend Ben and my buddy Andrew. While I was there, I met up with my friend Cailynn, which was pretty neat because I didn’t even know she was going. I even ran into some other friends, Patrick and Madison.

I got there right as Pleasure was starting and let me tell you- he brought the Pleasure! To be honest, I thought he was an interesting opener for Conrank and Hydraulix because he’s so groovy, but I still enjoyed him. I’m not sure about this but I thought he opened for Filibusta in the past. Regardless, I got my groove on.

Next up, Hydraulix brought the heat! I was dancing to my heart’s content and just straight up having a good time, bro! So many great tracks and I was headbanging like crazy! Check out his most recent single, Wrench with Doctor P, here!

Finally, Conrank (who just released a new single Heart of Fire today- check out our weekly roundup!). I was super psyched and decided it was time to make my way towards the front. One of the perks of smaller venues like this is that it isn’t too hard to make your way to the front. This was great and I was dancing with this girl named Rosie, She was a delight and I LOVED her vibe! We later became Snapchat friends.

The show was amazing, to say the least. I am SO glad live music is back and I love that I am able to experience it so close to home. Iowa City isn’t a huge area so we don’t get a lot of concerts but when we do, I love to check them out! Usually, I have to travel to Chicago (3.5 hours), Milwaukee (4 hours), or Des Moines (2.5 hours) to check out shows. Iowa City is only 40 minutes and I feel lucky to have such great music near me! Thanks to Hydraulix’s team for letting me check out this event! There are two events left- so if you’re in the Austin or Miami Beach area, check this out!