Laura Jane Grace is Coming to a Town Near You!

Emmy-nominated and more than multi-faceted, Laura Jane Grace is an artist, author, activist and musician you might recognize from Against Me! or The Devouring Mothers. Her new solo album, Stay Alive, is in stores and online now from Polyvinyl. On Saturday, August 21, she will be performing a full solo set at the Four Seasons Total Landscaping. The show will also feature Brendan Kelly of The Lawrence Arms. Tickets officially went on sale July 8 so snatch them up while you can HERE. Of the show, Grace says, “This will be the first and last time Brendan and I will play in front of a landscaping company and we promise it will be better than that MAGA shit show.”

Grace has also announced a slew of other fall and winter appearances, including the 2021 Punk Rock Bowling festival in Las Vegas on September 25 and will be supporting Thursday on the east coast from December 27-30. Tickets for these are also available now! 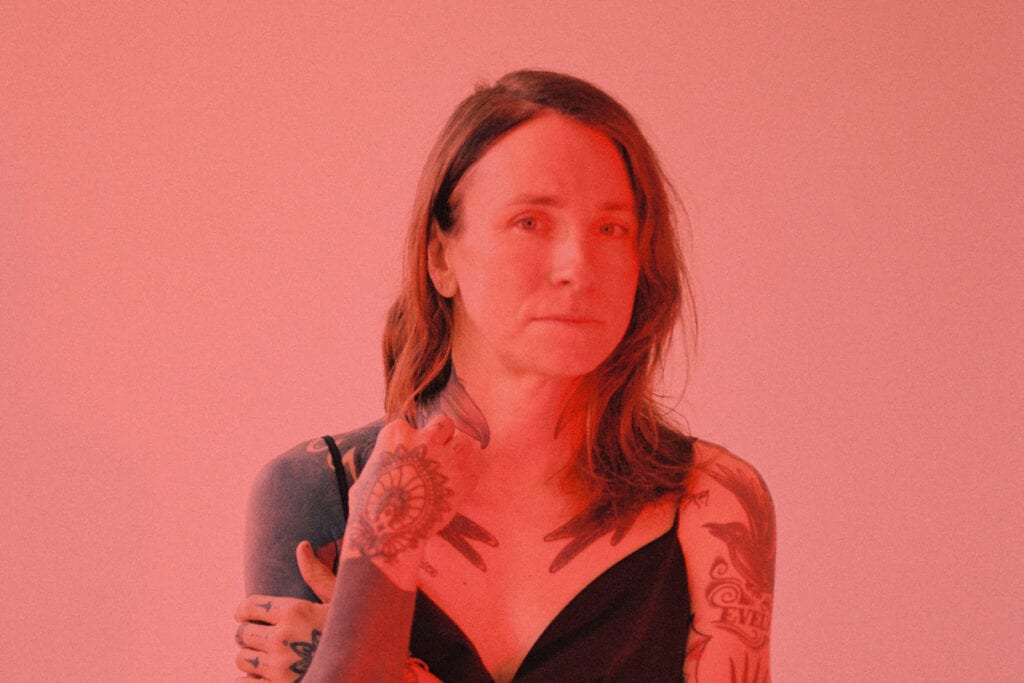 Stay Alive is made up of 14 songs that serve as a release of Grace’s fear, anger, and anxiety, a relatable and cathartic sound that can bring listeners the same sense of validity.

Grace channels her abundant life experience into powerful simplicity as the album is only comprised of acoustic guitar, a drum machine (occasionally), and Grace’s own voice, distinct both in its sound and songwriting. You can stream and purchase the album here: https://t.e2ma.net/click/f85skf/rhxxdx5/jz1igl

This solo record was never part of Grace’s plans for 2020, though I think we all experienced a disruption to our expectations for that fateful year. Originally on the docket was a record with Against Me!, the band she has fronted for the past 23 years. Of the time, Grace says “We came home from the Against Me! tour we were on in March, and right before we left, we had been in the studio working on songs, and I had been working on them for months prior.” She was left stuck at home, tours canceled, band members scattered across the country and a whole batch of songs to be recorded with no one to record with:

“I sat around for a month-and-a-half at a home just being shell-shocked being like, ‘What the fuck happened and what the fuck is happening with the world?’ As I started to get my bearings, I just came to the realization that waiting was going to kill the record and kill the songs. I spent two years working on all these songs, and the idea of throwing them away didn’t sit well with me,” says Grace. “But then I was like, ‘What am I waiting for?’ All I have to do is adjust my scope. I can sit here on my fucking ass and do nothing, or I can work.”

And that’s just what she did.

She booked four days with Steve Albini and Electrical Audio to document the songs exactly as she had been playing them at home, straight onto analog tape. The result is Stay Alive, a title meant to detail the driving force behind the record and the hope of the artist for the future of the music industry as a whole after the plethora of venue closures, canceled tours, and delayed records that were a result of 2020.

With this record, Grace means to encourage a message of individual work, struggle and reaffirmed commitments. “I just want to put this out because it makes me feel alive and it’s giving me something better than sitting here losing my mind while the world falls apart,” she says. “It doesn’t matter what anyone else thinks about what you do. Just stay alive.” Here are Laura Jane Grace’s upcoming appearances with more to be added soon: