DIPLO REMIXES MATHAME’S, ‘NEVER GIVE UP’

FOLLOWING THE REMIXES FROM VRIL AND LOST FREQUENCIES, MATHAME, ‘NEVER GIVE UP’ REMIXED BY DIPLO IS OUT NOW 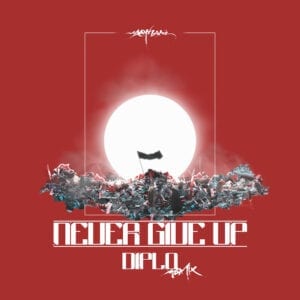 MATHAME – NEVER GIVE UP – REMIXED BY DIPLO

B1 RECORDINGS/MINISTRY OF SOUND – center

After Mathame’s latest single, ‘Never Give Up’ which was given the award, ‘The Essential New Tune’ accolade by BBC Radio 1’s Pete Tong, the Italian brothers, Mathame, have just announced a remix of the track. Released on Friday, June 3rd, via ‘B1 Recordings/Ministry Of Sound’, Mathame, ‘Never Give Up’ remixed by Diplo! The single is now available to stream and purchase, which you can check out HERE. Diplo’s remix is the 3rd official remix of the new track, following the previously remixes from Vril and Lost Frequencies.

Of course, Diplo has an enormous amount of project and achievements so we won’t list them all, but the Los Angelos-based producer, DJ and songwriter, has worked with a long list of incredible talent. This list includes Beyoncé, Shakira, Snoop Dogg, Madonna, and many more. Also, Diplo is the co-creator of dancehall project Major Lazer, a member of the group LSD with Sia and Labrinth, along with founding Jack ü with Skrillex, and forming Silk City with Mark Ronson in 2018. In more recent news, Diplo released has just released his new country album, ‘Diplo Presents Thomas Wesley Chapter 1: Snake Oil’. Crossing over into the underground realm to collaborate with artists like Paul Woolford and Blond:ish in late 2019/early 2020, Diplo’s remix of, ‘Never Give Up’ is a further demonstration of his incredibly diverse ability to create global chart-topping remixes and also, club-focused productions. 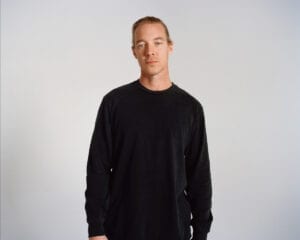 Over the last few years, electronic Italian duo, Mathame, have really been able to establish themselves of one of undergrounds’ most promising acts. Released in March via ‘B1 Recordings/Ministry of Sound’, the single, ‘Never Give Up’, continues to gain support, already fostered from industry leaders including BBC Radio 1’s Pete Tong who earlier rewarded from Tale Of Us, ‘Afterlife’, ‘For Every Forever’, and their first, ‘Essential New Tune’.

“Musically, ‘Never Give Up’ has many influences, from techno to cinematic soundtracks and sound design. We try to synthesise all our influences into one track that can be like a manifesto of our sound, dynamic, wider, handcrafted, dreaming, with a simple and strong message. A message to the earth, like a flag that calls everyone to not ever give up. The track arrives at the time of a global crisis where it feels like everything is out of our hands and we have lost control. Now more than ever, the planet earth and humanity need this message, every day and every night.” – Mathame 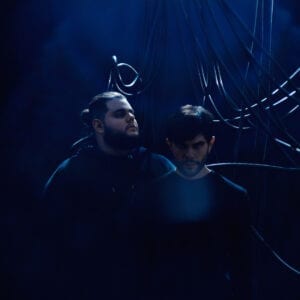 Beginning in 2013, brothers Amedeo and Matteo Giovanelli have been creeping up as an integral part of the underground music scene – forest releasing on Vaal’s, ‘Bastard’, label in 2015. Following that, Mathame released an EP on Tiefschwarz’ revered, ‘Souvenir’ in 2017. Their constant activity arguably added to their peak in a release for Tale Of Us, ‘Afterlife’ label in 2018 – which featured tracks, ‘Nothing Around Us’ and ‘Fade Into You’.

This duo had their breakthrough in 2019, with an international touring schedule going across Stockholm, Abu Dhabi, Milan, Istanbul and many more cities. The tour was highlighted by a performance for French Video Platform, Cercle, filmed at the summit of Mexico City’s Reforma 180 Heliport. The Cercle stream currently has over 2 million streams and Mathame has worked with them as well as close friends for ‘Tale Of Us’. Over the last two years, Mathame has become residents for their ‘Afterlife’ event series, performing at showcases from Mexico to Ibiza. 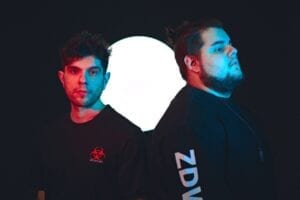 Closing the gap from underground to mainstream, Mathame has continued to showcase their prowess as producers – remixing for the Grammy-nominated live electronic act RÜFÜS DU SOL, as well as providing an anthemic rework of MEDUZA’s, ‘Lose Control’.

Continuing their unstoppable momentum across the new decade, Mathame recently launched their new cinematic project across all platforms, PHOENIX. The interdisciplinary brothers have created PHOENIX as an online stage of interactive space for both artists and music lovers. Using the latest 3D real-time technologies, PHOENIX has hundreds of different settings where DJ’s and musicians can perform in outlandish scenarios and backgrounds. The groundbreaking project took two months to develop and, in future, will also be a web community akin to the computer game and virtual universe, ‘Second Life’, where users can meet with their own avatar.