Hey guys- this week’s post is late because our editor who handles this post (Savannah) camped this past weekend. Well, I’m back and ready to share all the great music that came out last week! Happy May 18th! 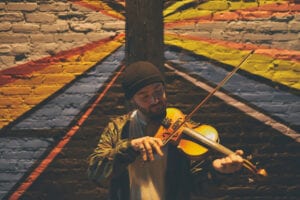 ‘Greenlight’ is the latest demonstration of Eden’s unique brand of energy-infused house music. His uplifting, vibrant piano melodies are complemented by the soulful harmonies of vocalist Clementine Douglas, resulting in a flawless summer-ready hit. The track continues Eden’s momentum, following up his recent track ‘Love You Again’ (4/2) and his rework of Siedah Garrett’s iconic ‘Do You Want It Right Now’ (3/5). Released on acclaimed Defected imprint D4 D4NCE, ‘Love You Again’ notched dozens of streams across Capital Dance, BBC Radio One, and beyond while earning spins from icons like MistaJam, and gaining playlist support from Martin Garrix and Spinnin’ Records. 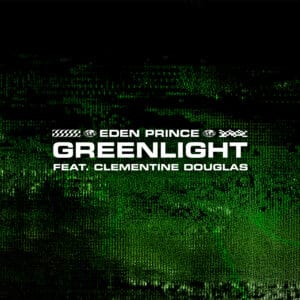 DIE IN LONDON features a dark ambient sound pallet drawing inspiration from indie dance legends Rüfüs Du Sol and Meduza that brings feelings of reminiscing on late summer nights. 44hydra has 100,000+ streams on Spotify and 700,000+ on Soundcloud. He has been playlisted twice by Ex Spotify Head of EDM Austin Kramer and also by R3HAB on his playlist “R3HAB | NIGHT” last year with his single “Citrus”. 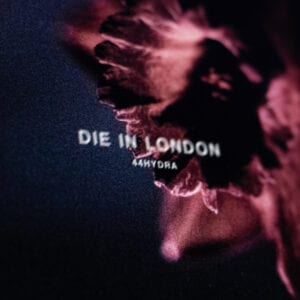 ‘Found In The Wild’ is the pair’s long-awaited studio debut which will be released this summer on the seminal electronic imprint and long-time label home Anjunadeep on 25th June. A dual part album concept, ‘Found in The Wild’ is a sonic presentation of two contrasting and quintessential parts of the unique Eli & Fur sound; two sides of the Eli & Fur which they are finally ready to share with the world, “We wanted to show both sides of us. We are quite varied in the way that we write music and so it made sense to have two parts living side by side. Everything we really love is on the album and we’re super proud of how it’s come together”. Check the first single, Wild Skies, out today! 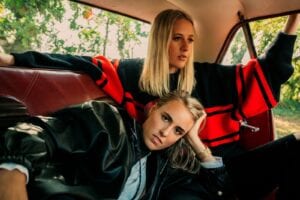 A permanent resident for Octopus’ hugely successful on-going Twitch live streaming program, and with numerous critically acclaimed releases clocked on the label since signing five years ago, Juheun now unveils one of the biggest releases of his career to date, as he announces an official remix for Dusty Kid’s iconic 2007 hit-record, Constant Rising. 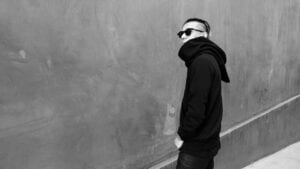 The ultra-tech sound design and ten-tonne bass drops just scream DPMO and we had to have it! From the surprise switch in ‘Protocol Shift’, the gritty swag of ‘Deadman’s Call’, the excitement which ‘Ignorant’ fills our black hearts with or perhaps the collaboration with Cyclops on ‘Heat Signature’, all tracks are assured to bring you into the nightmare minds of Jkyl & Hyde. 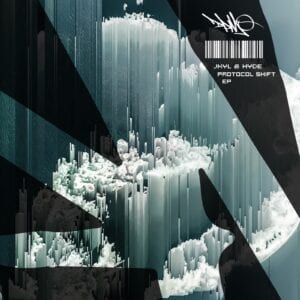 Jordin cut his teeth making progressive trance as Juventa, before turning to melodic bass music as part of KUURO. He made his debut on Anjunabeats in May 2020 with ‘something2me / New Day’. The former became a favorite of BBC Radio 1’s Scott Mills. Inspired by the changing of the seasons in his native Amsterdam, Jordin’s ‘Azure EP’ marks the next step in his broad journey as an artist.
Stream HERE 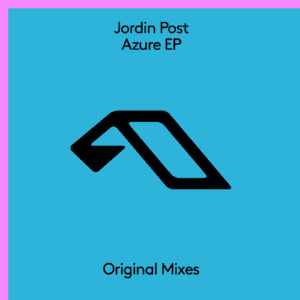 Laura Greaves- Into The Dark

As the EP title suggests, Laura’s tempted by the darkness. Her vocals are subtle and soothing in ‘Star Signs’ but offer a sense of tumbling deep into the abyss, whilst Laura controls your rate of fall. Sometimes you can hear the course an artist is entering, and Laura executes this perfectly with her gentle yet deviant intent. Her emotions blend throughout all tracks, including ‘Cult’, an upbeat track that gives us a mischievous look into Laura’s mind. This track is the siren, we are merely the sailors being lured to a rocky demise. Could we be seeing the start of something intriguing? Let’s follow Laura as she laughs intently skipping ‘Into The Dark’… 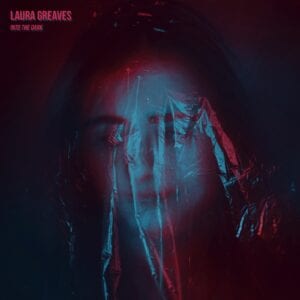 Martin Garrix Featuring Bono & The Edge- We Are The People

With the track in the making for three years, Garrix had felt from the early stages of the creative process that Bono’s vocals would make the perfect fit for ‘We Are the People’. His vision came to life when both Bono and his U2 bandmate The Edge agreed to feature on the song. The collaboration evolved further with Bono writing the lyrics and creating melodies and The Edge adding the leading guitar riffs, resulting in a perfect blend of the signature sounds of all artists. 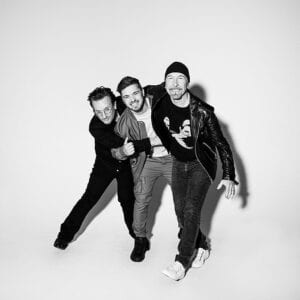 With the worldwide release of his second studio album Under Darkening Skies just weeks away, German singer-songwriter, electronic music producer, and multi-instrumentalist Steffen Linck (a.k.a. Monolink) now unveils two more tracks to be taken from the impending long-player, as he drops his breathtaking new EP, Harlem River / Falling. Out now, the eclectic two-part package is everything we’ve come to expect and more from the prolific Berlin-based artist, who continues to demonstrate his innate knack for creating deep, emotive, and intelligent electronic music of the very highest caliber. 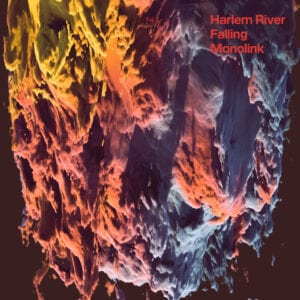 Hartnoll & Young perfectly parody the experience in their second release from new forthcoming lockdown album ‘The Virus Diaries’. After originally releasing ‘I Need A Haircut’ earlier this year just as the country was beginning to unlock, they now bring us their next experience ‘Home Schooling’. An ode to 80s electro and early hip hop, with flashes of inspiration from Breakdance, Boogaloo, Planet Rock, Grandmaster Flash, Herbie Hancock, and of course Paul Hardcastle’s NNNNNN19. 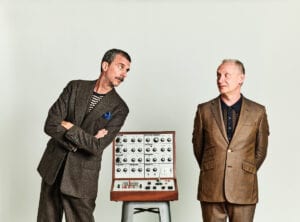 Following their most recent release ‘Weekend Vibe’ which set the standard for their new sound, ‘Dumb’ follows suit as another beautifully constructed perfect pop song. Containing all the elements you would expect, an infectious chorus, breezy summer vibes, bags of energy, and a melody that just makes you feel good. 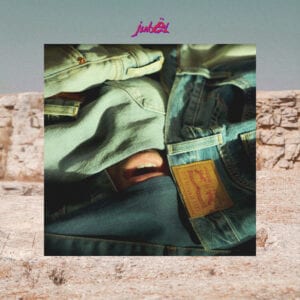 Ten City- Feel It Too

Ten City now brings us ‘Feel It Too’, the fourth single from their new album ‘Judgement’. A House jam aimed squarely at the dance floor, representing their roots in Electronic Music and bringing an additional uplifting vibe to their new work. Laced with classic production and bounce that you would expect from this duo, think bright piano stabs and big builds its just in time to help the nation return back to clubbing. 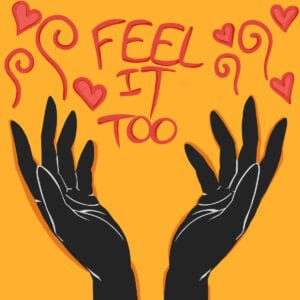 Electronic producer, DJ, and multi-instrumentalist GRiZ has released his newest single, ‘Astro Funk’. The track showcases the evolution of GRiZ’s versatile sound, exemplified by a combination of vibrant saxophone melodies and astronomical synth sounds. It’s a planetary banger for the ages and signals a busy year ahead for the leading producer.

In GRiZ’s own words on the track: “Intergalactic blaster Astro Funk bout to take you on a trip. Gas up the spaceship.” 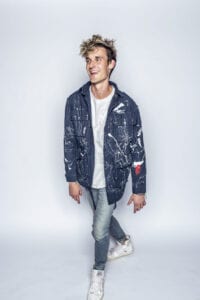 ONR- It Gets To A Point (Krystal Klear Remix)

Dublin-hailing producer and DJ Krystal Klear put his spin on ‘It Gets To A Point,’ the synth-driven heater from rising Scottish producer ONR. Released on Warner Records, the remix is a stunning reminder of Krystal Klear’s propensity to indulge in retro charm, drawing inspiration from ‘80s synth-pop, electro, new wave, and more. 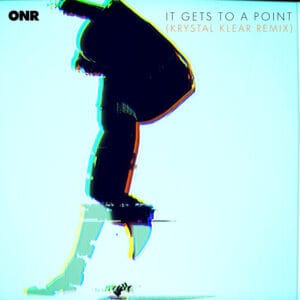 Oliver Koletzki debuts his upcoming album, ‘Made Of Wood,’ with two intricate singles, “Copal” and ”Cryptozoology.” Each carries the hallmarks of his idiosyncratic style, blending together precise and balanced electronic production with organic elements for a hybrid sound. “Copal” opens the pack with an emphasis on its string and vocal sections, which layer atop one another for a mysterious feel. “Cryptozoology” with Walter Scalzone leans into the shadows, anchoring itself on its ground-shaking bassline and hypnotic hand-drum rhythms. 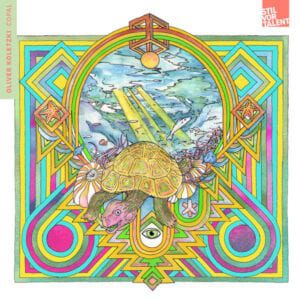 Demien Sixx- The Eyes of Tomorrow

Blending genres and captivating listeners, Demien Sixx’s ‘The Eyes Of Tomorrow’ highlights why the NYC-native is a rising force to be reckoned with. Throughout the EP, Sixx deploys powerful hooks and driving basslines to craft his scintillating singles. Additionally, he puts his unique stamp on his productions through perplexing distorted horror voices and a mechanized sci-fi tonality, giving the EP an unparalleled feel. ‘The Eyes Of Tomorrow’ opens with a melodic intro with ‘Universe’ before diving into heavy territory as the growling bass pairs with screeching highs to kick the EP off. Then moving to ‘Stellar Addiction’, the EP takes a turn toward scorching dubstep, forcefully announcing Sixx’s return. Ramping up the tempo with an electro heater Sixx keeps the listener engaged with ‘Astral Vampire’. ‘Devastation’ arrives next, providing additional head-banging fuel with a surging synth riser and intense lasers scoring the riddim beat. Lastly, ‘The Eyes Of Tomorrow’ closes with an emotive and gothic remix of ‘Vampire’ from Zardonic. By the time it’s through, ‘The Eyes Of Tomorrow’ definitively showcases Demien Sixx’s heavy production prowess and positions him as a must-watch artist as concerts return this year. 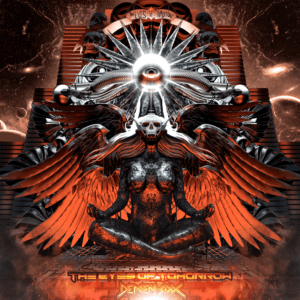 Alright, now for the rock portion!

Brooklyn-based songwriter Alex Orange Drink, the solo moniker for Alex Zarou Levine of The So So Glos, is proud to announce the Friday, July 9 release of his sophomore album titled Everything Is Broken, Maybe That’s O.K. (pre-order). On the upcoming album, Alex explores personal subjects, including grappling with a rare and life-threatening disorder, heartbreak, never-ending teenage angst, and broken political systems. Half of the album was recorded before the pandemic in a party-like atmosphere – with basic tracking captured live among friends, family, and lovers – while the other half was completed by a heartbroken protagonist reflecting in isolation. Check out the first single, How High? 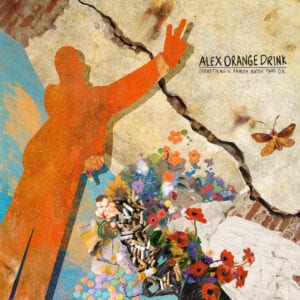 YRUDFL is the first track from DFL’s upcoming EP on Say10 Records and SBÄM Records. It was produced by Greg Hetson. It is the first major release since “Grateful”, which was released on Epitaph in 1997. 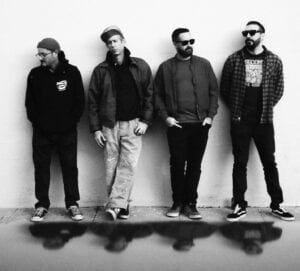 From the misty, pine-covered hills of the Pacific Northwest hail the Bridge City Sinners, who span the continuum from prohibition-era jazz to Appalachian death folk. This traditional string band line up bends the meaning of the word genre, playing festivals from Punk Rock Bowling, to Muddy Roots, to Oregon’s Bluegrass String Summit. They started their journey by busking on sidewalks across the country and now this supergroup of musicians find themselves on the national tour circuit. The Sinners still hold true to the DIY mentality of putting albums out on a self-made record label, Flail Records. With talented musicianship and a punk as f***! live show, this is one band you don’t want to miss. 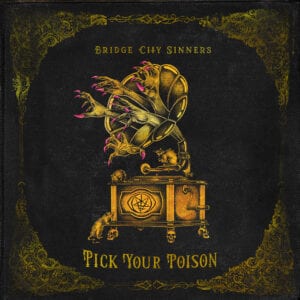 See you later this week with tracks from this week! Thanks for waiting until May 18th for this! Check back with The Festival Voice for more soon!