Check out our video of this interview HERE!!

When you hear Trolli,

you typically think of the super dank sour gummy worms. Perfectly chewy, packed with distinctive flavors, and good for any occasion. Now when you hear Trollis, I’m sure many of you may not who they are…yet. Let me tell ya, these two DJs are not only kind and incredibly humble, but they started out exactly like us. Just a couple of ravers that had a dream. After hard work, and countless hours in the studio, they’re living their dream.

started raving together back in 2014 at their first show, Flux Pavillion. They had actually met through a mutual friend at a show and turns out the two had gone to neighboring high schools in Maryland before ever knowing each other! Small world, huh? The two eventually became the closest in their rave family, started attending shows every weekend, and eventually picked up gloving. Growing up, Dillon would watch his father spin vinyl when he lived in D.C and one day suggested that he and Matt start mixing. Matt, being totally against it, was cautiously optimistic. However, one show led to another, and another, and another. Today, not only have they released singles such as “Lvls” and “You Don’t Gotta” (available on Spotify and Soundcloud), but they’re playing for thousands of people on stage! They’ve guest mixed for MOON LVNDING, were featured on Electric Radio U.K, opened for Morgan Page and Krewella, and will be opening for the deep house god, MALAA at Time Academy on October 16th!

(Tickets are starting at $35 so grab them while they’re hot!) 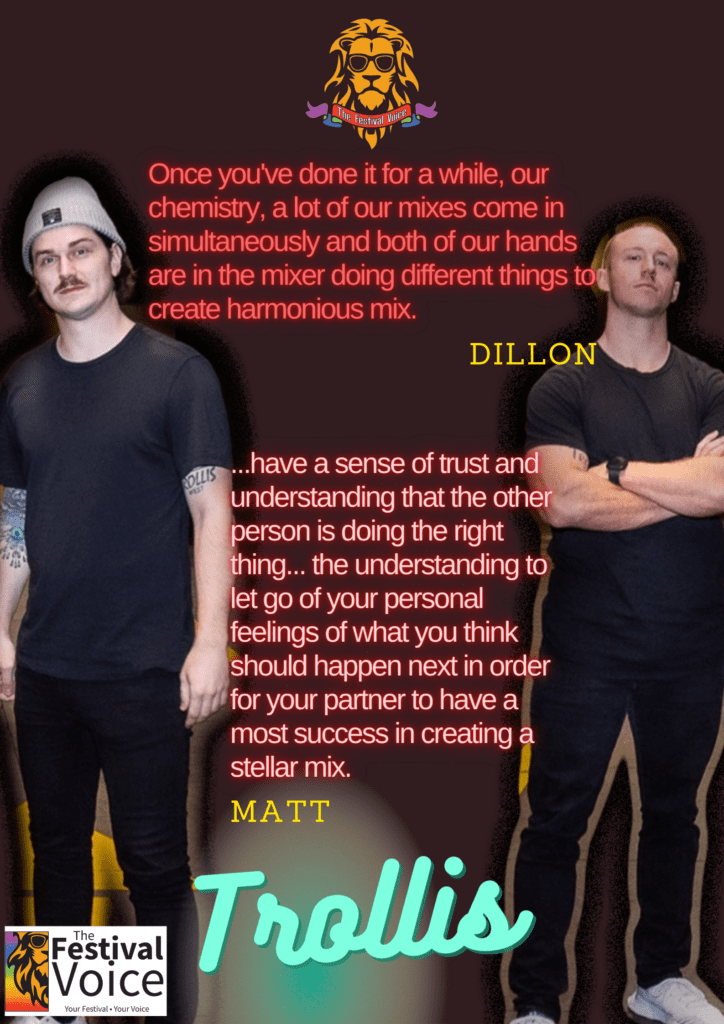 I had such a pleasure chatting

and laughing it up with these two during our hour and a half interview. Now when you hear the name and check out Trollis, I hope you think about two incredibly humble gentlemen who can throw down some BANGERS. 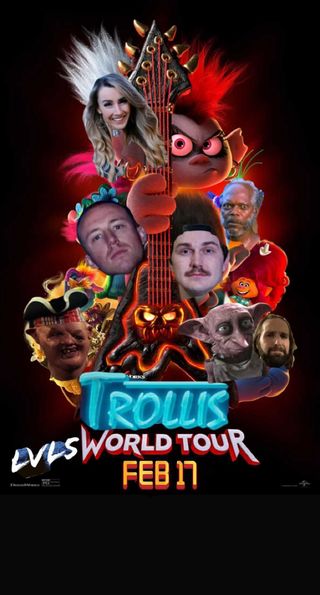