Nocturnal has always been known for its killer lineups and this year doesn’t disappoint. September 18th  and 19th at the well-known Glen Helen Regional Park we will be graced with the presence of major headliners such as Joyride, Subtronics, DJ Snake, Malaa, and Eprom to name a few. This is coming up super fast!

Insomniac has also recently announced new acts and which days each artist is performing but here are some of my favorite artists playing at the show! 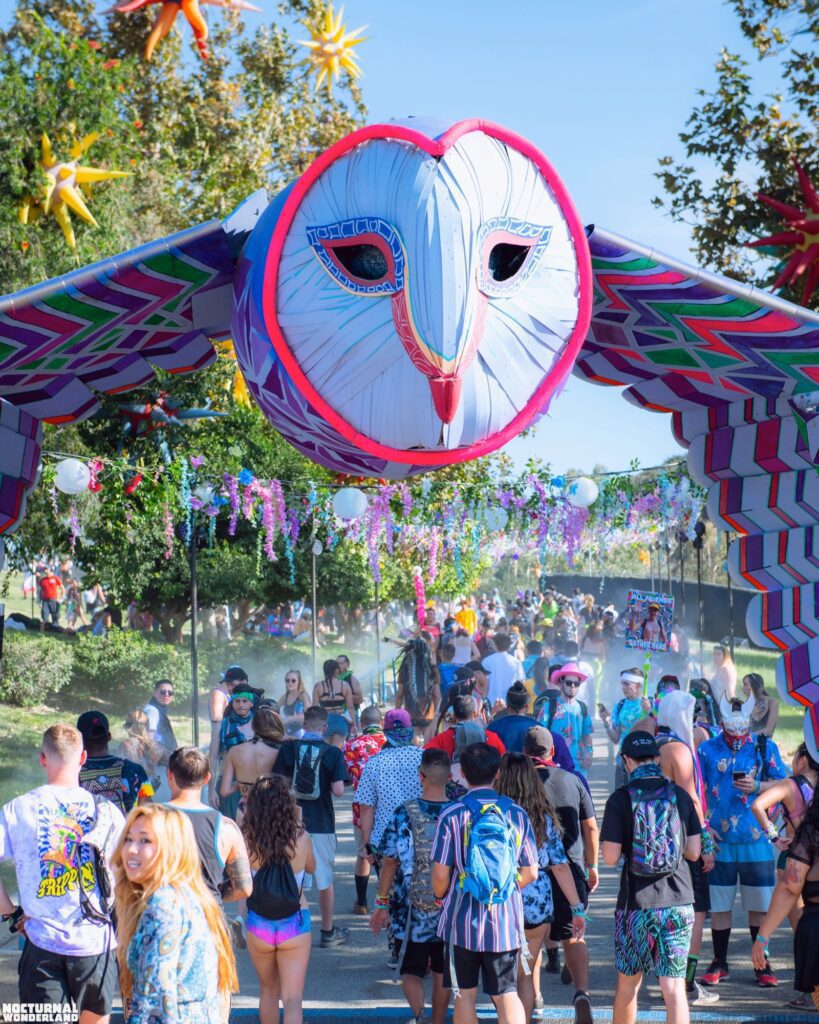 Jeff Montalvo was born on March 31st, 1987 in Santa Barbara, California. He is an American musician, DJ, and music producer, making a large name for himself in the Electronic Dance Music Industry. His alias ‘Seven Lions’ originates from Latro in the Mist, a fantasy novel written by Gene Wolfe, in which a character in the book was named Seven Lions. Jeff had found an interest in music by the age of 7 when his father had brought home a Mcintosh and keyboard. Although he was raised as a metal and punk drummer he eventually found his way onto producing electronic dance music.

Jeff Montalvo had explained, “For me, it was the most accessible thing, to start picking up something like drums as opposed to something like electronic music. My transition out of playing with a band was because I got tired of waiting for my band all the time – I wanted to just start making music so I started composing electronic music by myself.”

Born Aaron Clevenger in 1979, he grew up listening to ’90s hip-hop as well as old-school rave. In the early 2000s, he started Pitched Up Recordings and began releasing happy hardcore and hard trance records. Referring to himself as “The King of Heavy Bass House in America,” Los Angeles-based AC Slater makes boisterous party music influenced by a wide range of styles, particularly house, rave, and U.K. bass music. Active on the hardcore scene since the early 2000s, he made a much greater impact once he switched to more accessible club styles around 2008. Since then, his tracks have become favorites of DJs such as Diplo, Moby, and Skrillex, and he’s performed at numerous major dance festivals and clubs throughout the world. In addition to releasing tracks on club labels such as Trouble & Bass, Nightshifters, and OWSLA, he’s also the founder of Pitched Up Recordings, Party Like Us Records, and Night Bass. In 2008, his style shifted dramatically, slowing down to a more standard (but still energetic) club tempo and incorporating the heavy bass of U.K. garage and dubstep, as well as breaks and samples reminiscent of ’90s rave music.

Savannah Mae Stockdale was born March 25th, 1996 (age 25) Fairly new to the game, this producer/DJ has gained some serious momentum after releasing her son ‘Fuck My Nose Up’, to much acclaim. Her sinister, energetic electro track boosted her popularity and solidified her as a pioneer of a new sound and doesn’t seem to be slowing down anytime soon. Bringing a dope G-House vibe while having a deep, dark sound that definitely brings the emotion in the tracks she produces and sets she plays. Savannah has her roots in the punk scene of inner-city LA. She has previously admitted that drug use and depression which resulted in rehab while in high school led her to discover her passion for electronic dance music. From this dark and ominous past, HVDES was born and has since taken the scene by storm with her aggressive electro, trap, and dubstep beats.