Happy October 29th! It’s Halloween weekend! What are you all up to? Sam and Ellie are officially checking out Escape Psycho Circus this weekend. Otherwise, I know our team is out and about at other festivals as well. Keep it tuned to The Festival Voice for more news!

Louis Futon- Turn It Up

Philadelphia-born, LA-based experimental producer Louis Futon is back again with his new cut “Turn It Up,” a funk and soul-infused track featuring the smooth stylings of R&B singer Lavance Colley. The song is the third single to drop from Futon’s upcoming sophomore LP, Couchsurfing, which will release on Friday, November 12. 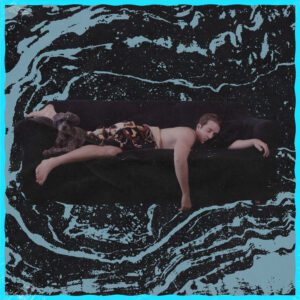 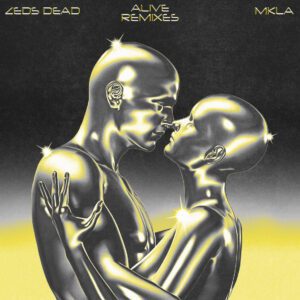 The Dirtybird weekly radio show is debuting with a new name, “Dirtybird Radio.” Los Angeles native, Victoria Rawlins will be taking over the hosting reins. Picking up right where six years of “Claude VonStroke presents the Birdhouse” left off, each week you can expect eclectic beats and deep cuts as Victoria introduces guests and friends from the Dirtybird flock and beyond.

Available to stream across on over 250+ radio stations worldwide and additional platforms (Apple, TuneIn, Mixcloud, etc.) the following Monday. 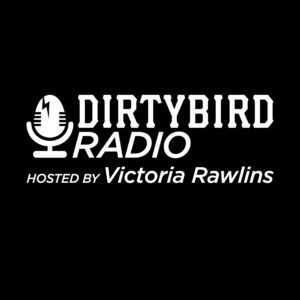 Do Not Sit has never been about one sound, and as we always look to discover the bright stars of the future, we never forget the heroes of the past. We are thrilled to welcome to the label one of those heroes and a very dear friend, Gavin Hardkiss.
Gavin was one of the bedrocks of the original San Francisco scene, and he was one of the main forces who helped shape the community. Hardkiss is an American dance music legend who has pioneered the scene since the 90s. He has played across the world, recorded numerous albums, and singles as Hawke and with Hardkiss. We have so much respect for what he and the family of Hardkiss Brothers did to shine a light on the West Coast sound around the world.
Stream HERE 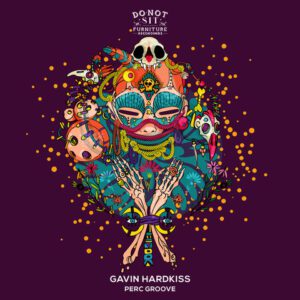 Coming off The Catastrophists EP, his latest project with Tom Morello, electronic music producer The Bloody Beetroots returns with the RiMS Racing Original Soundtrack released today (October 29).  It is a collection of six high adrenaline tracks featured in the gaming experience of RiMS Racing, the brand-new motorcycle game concept from NACON and RaceWard Studio. 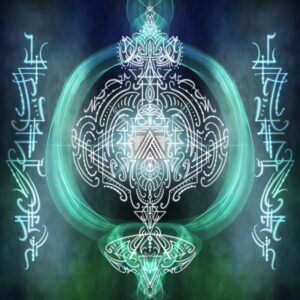 With a hugely impressive catalogue of releases on the likes of Cocoon, Truesoul, Turbo Recordings and his very own FORM Music (to name a few), legendary French techno producer POPOF has the production credentials and career discography to rival the very best in the business. Fresh off the back of his huge Insomnia EP which he released in September alongside fellow compatriot Space 92, the prolific Parisian producer now readies his next musical offering with the announcement of his epic two-part Revival EP. 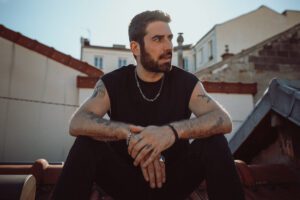 Boasting a impressive stream of dynamic, forward-thinking records from label partners Idoru and Sian (amongst others) since its inception back in 2019, burgeoning Indie Dance imprint Manta Recordings now looks to continue its prolific run of first-rate label output with the announcement of its latest EP release, this time from hotly-tipped British Synthwave duo, Maximum Love. 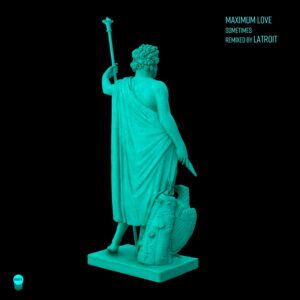 Electronic music auteur deadmau5 returns today (October 29) with “hyperlandia,” a low-lit, slow-burning single featuring pop experimenters Foster the People. Like a lot of deadmau5’s most moving tracks, it’s an intricate and thoughtful mix of dizzying synth melodies and anthemic vocals, and it’s out now on his mau5trap label. 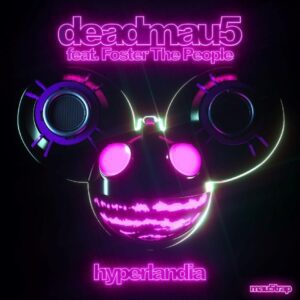 Morgin Madison’s Living the Phantasm rose to critical acclaim upon it’s April 2021 release, garnering high praise from the likes of Magnetic Magazine, Soundigest, Dancing Astronaut, and Beyond The Stage Magazine, who called the album Madison’s “magnum opus. On Living the Phantasm, Morgin Madison creatively funnels the personal highs and lows of a year that seems to have been ripped from a dystopian alternate reality. When the year 2020 plunged much of the world into an extended period of tension and gloom, Morgin found himself at home creating music for a time that felt like a distant dream. With the music industry seemingly collapsing, he began to ask himself “if this is it, what do I want to say before I go?” The question triggered a creative streak uninhibited by concern for the future, giving him room for expression in its purest form. Living the Phantasm was born. 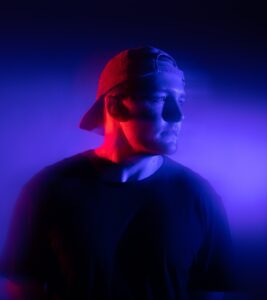 Of The Trees- Tale of Elegos

On Thursday, October 7th, visceral storyteller Of The Trees unveils his latest single, “Windhorse ft. Sophie Marks,” the first chapter of his upcoming EP, Tale of Elegos. Spun in a natural and hypnotic ethos, the EP offers 5-tracks that thrive in a unique lane of ambient, downtempo, and pop-lending melodies. With the full EP out on October 27th,

Of The Trees is ready to showcase an exciting new chapter of his career that predicates on visual and intentional artistry. 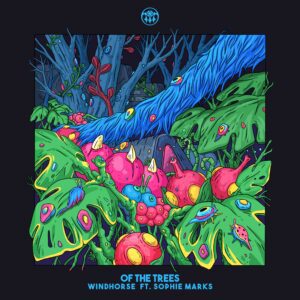 Swedish producer and Monstercat veteran, Bossfight has embraced the melody-driven side of his sonic profile, today unveiling his compelling new single, “Shadow,” with singer-songwriters JT Roach and RUNN. Combining JT’s relatable lyricim, RUNN’s pop sensibilities, and Bossfight’s full-bodied production, their disparate styles intertwine to bring the emotive song to life. The hard-hitting drums and delicate vocals are reminiscent of Bossfight’s “Potions” remix, marking the first time the producer had collaborated with JT Roach. 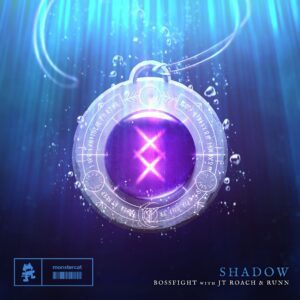 An uncensored viral enigma, equine enthusiast, and prolific dance floor specialist, Partiboi 69 has invaded the internet and taken over clublands across the globe. Returning to his own Mutual Pleasure imprint, he releases rave ready EP ‘MUPL002’ landing alongside music video for track A3: ‘Freaking You Out’. 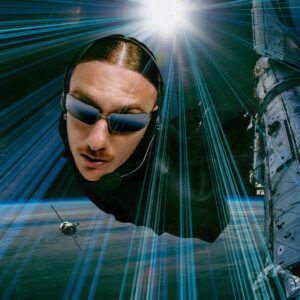 Jack Trades- On My Mind

Calgary-based creative force Jack Trades returns to the release radar alongside fellow Canadian musician Heather Janssen with ‘On My Mind’. The esteemed powerhouse’s latest directly follows his last Physical Presents release ‘Change Your Mind’ from earlier this March, and also serves as the talent’s fourth musical offering of 2021. Out now via Physical Presents, ‘On My Mind’ is available to listen to across all streaming platforms. 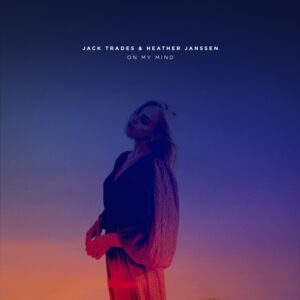 Jonas Saalbach’s prolific career in electronic music has seen more than a few milestones. From youthful beginnings as a live-only performer over dozens of eps on premier labels to the release of three studio albums and the inception of his own imprint Radikon in 2018, the Berlin producer has pursued his musical vision with uncompromising fervour. ‘Headlights’ is an 11-track album set for release on his own imprint, feels like the summit of a decade-long climb to the highest echelons of electronic dance music. 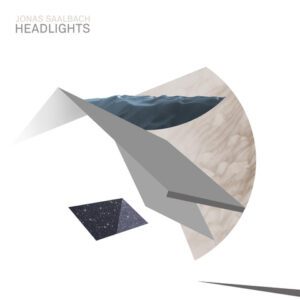 Devin Wild returns to the release radar with the highly-anticipated 4-track ‘ACID’ EP, serving as the established powerhouse’s fifth original production so far this year. It directly follows up 2021 hits such as ‘Blinded’ and ‘Broken’, as well as collaborative masterpieces like ‘Creature’ with KELTEK and Diandra Faye, and ‘Scream Louder’ with JDX and ANVY. Out now via Scantraxx Recordz, the ‘ACID’ EP is available to watch via a full video mix on YouTube, and can also be listened to across all streaming platforms. 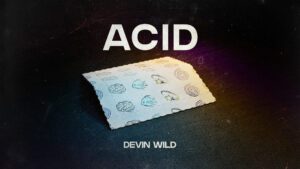 With a slew of critically acclaimed releases clocked on the likes of Virgin Records, Capitol Records, Maelstrom and Somn’thing Records (to name a few)  – as well as collaborations with A-listers including Boy George, Sonique, Kimberly Wyatt and Mutya Buena – longstanding British DJ and producer Paul Morrell has racked up a huge assortment of chart-topping singles and notable accolades over the course of his esteemed twenty year career. 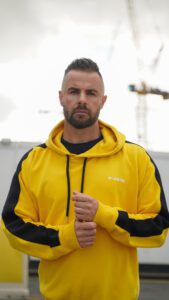 Florian Picasso & GRX have joined forces again, and today they bring ‘Far Away’ into the world. The fresh, uplifting track marks the first output from Martin Garrix’s GRX alias since the release of ‘Restart Your Heart’ last year, which also featured Picasso. 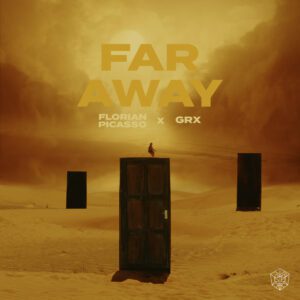 Hot on the heels of the release of ‘Zonder’ at the beginning of this month, Zonderling are now sending ‘Kronkel’ into the stratosphere. The Dutch duo perfectly capture their groovy sound featuring musical impulses, creating an experience of their own with their output. Remaining a mystery for now, it does seem like the two have something up their sleeves that will start to get more shape really soon. 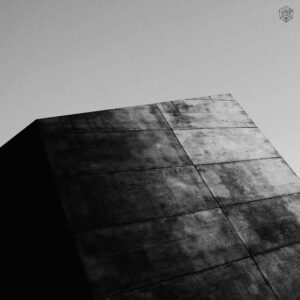 There Is A Light

Hailed as one of the most exciting new labels to emerge onto the US techno circuit following its launch in January 2021, LA-based imprint There Is A Light now gears up to celebrate its fifth huge EP of the year, as it warmly welcomes iconic Milanese producer Stiv Hey for his eagerly anticipated label debut. Due for worldwide release on Friday, October 29, Stiv Hey and There Is A Light now proudly present the colossal two-part Flavours EP. 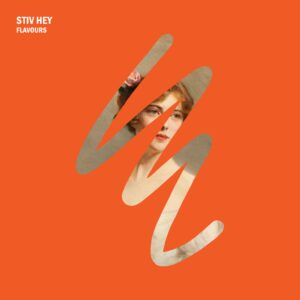 Containing elements of the Blondie classic “Rapture,” singer-songwriter & DJ Anabel Englund turns up the heat with her latest single “Midnight Rapture” out now on Ultra Music/AREA10.  The label has launched a sizzling video for the song directed by Nikko Lamere as the song races up dance music radio charts. 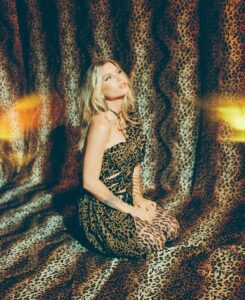 In the fall of 2018, The Crystal Method (TCM) released its sixth studio album and first body of work helmed solely by Scott Kirkland with The Trip Home.  Today, October 29, The Crystal Method is back with a new single “House Broken” featuring Naz Tokio on lead vocals. 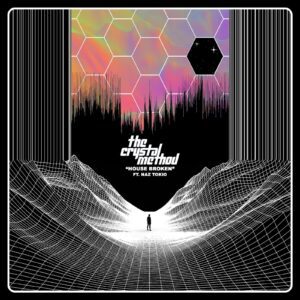 Over the last 25 years, Ultra Records has become one of the largest and most respected brands in the global dance and electronic music world. Today, to celebrate a quarter century of breaking some of the biggest club anthems ever, Ultra has released ULTRA25-The Remixes, a 25th anniversary compilation that collects fresh remixes of some of the label’s most iconic tracks.

Filmed at NIROX Sculpture Park in South Africa in partnership with THE SCAPES, Muzi today releases the music video for his track ‘Juice,’ off his fourth full-length record, INTERBLAKTIC. The ‘Juice’ video intersects art, music and nature into one beautiful audiovisual experience for the viewer. 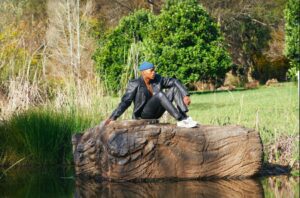 Today, Frank Turner releases the uncompromising ”Non Serviam,” a two-minute blast of punk and the latest track to be lifted from his forthcoming studio album, FTHC. “Non Serviam” follows the release of “The Gathering,” FTHC’s first single featuring Jason Isbell and Dom Howard of Muse and “Haven’t Been Doing So Well,” a song which captures the emotions that so many of us have been through in the past year-and-a-half. Speaking about “Non Serviam,” Frank explains: “My new record is a punk rock record, and when I say that I’m not kidding. This is the first song from the album, a song about staying true to your artistic ideals, standing firm for the things you believe in.” 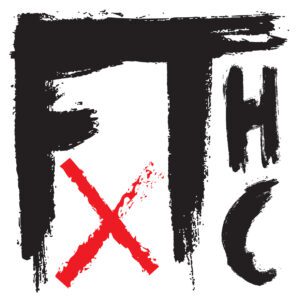