For those that suffer from social anxiety, music festivals seem like such a big hassle. There are tens of thousands of people all crowded around a couple of stages, with a lot of people in various phases of intoxication. Some individuals may be acting a little odd, and random strangers may be trying to interact with you or those around you. For someone with social anxiety, they may feel extremely stressed in such a situation. While it may seem like a bad idea to go to a festival for those who suffer from anxiety disorders, I believe that these events can help people with overcoming these struggles, because I know they helped me with my own social anxiety struggles. 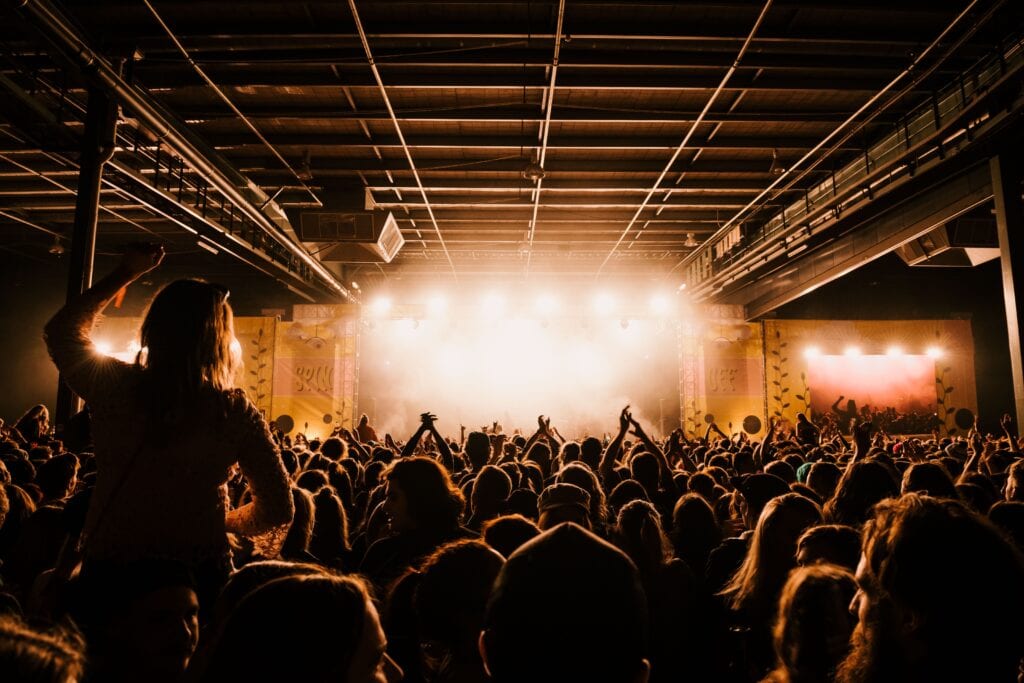 Photo by Danny Howe on Unsplash

For a bit of background, I have always been a bit of a loner due to my anxiety and never really felt like I fit in any of the social settings I was a part of. This would continue until I was around 21 years old and attended my first festival, where I fell in love with the scene. My friends and I would go to as many shows as we could, as a result, my social anxiety was not triggered as much because I was able to attend these events with my friends instead of being surrounded completely by strangers.

That would change during New Year’s Eve 2016.

None of my friends were able to attend the New Year’s Eve show, but I wanted to go due to a couple of artists that were going to be playing there. So, I decided to go solo, even though it caused me a lot of stress to do it alone. The day came for the concert, and I headed into one of the stages. For the first couple hours, I stood in the back away from the pit and larger groups of people. I realized that if I stayed in the back and did not get closer to rail; then, I would not have the full experience I wanted, so I mustered as much courage as I could and headed to the front of the stage.

At first, I felt extremely awkward and was hesitant to dance at all because I felt like I would make a fool of myself in front of everyone; but then, I started looking around and I noticed that by my standards many people around me were making a fool of themselves, and no one was judging or caring about that. In fact, many ravers were complimenting one another on their awkward dancing, and everyone was having a good time.

At this moment, I realized that as long I did not do anything to harass or harm anyone, then most people here would not judge me for dancing a little silly or acting a little crazy.

This realization hit me like a ton of bricks and soon I was dancing, laughing, and just having a great time with the people around me. I left that show with a smile on my face and my head held high with a new sense of self-confidence.

After that show, I started attending more raves and festivals solo, and with each one, I began to gain more self-confidence and feeling less socially anxious at these events by myself. And, while I still have some anxiety to this day, the effects of this struggle are less prevalent than they were when I younger and first began attending events. While talking to different people I have met in the community, I realize that my story is a common occurrence in the festival scene. So, if you feel like your social anxiety is stopping you from participating in these shows, I hope you are encouraged by my experience to step out of your comfort zone, and the results may surprise you. My life has been changed by these events and I am happy about it! I hope you have a similar experience to me if you decide to attend a show by yourself.