Hey everyone! Just a few days ago FlixFling released ‘SoundTrek: A Music Journey To Mount Everest.’ It’s a documentary film that shows just what great lengths outstanding DJs will go through. Paul Oakenfold travels above and beyond through Nepal’s remote villages and Himalayan Mountains for an over-the-top live concert event, a set like no other. As I’m listening now I can’t begin to explain the “chilling” sounds and synths that went into making this happen.

At the base camp of Mount Everest and an altitude of 18,800 feet above sea level (breaking a world record) on THE Mount Everest this was the “highest concert on earth.” Not only was it the highest concert but was seen worldwide with an audience of three million people. I can’t even begin to go on my rant about what had to go into planning this but actually making it happen astonishes me. Can you imagine what those sound guys had to go through? Holy shit, I could never. If this doesn’t capture your eye or make you bat a lash at one of the most single-handed clever and artistic ways of throwing a concert, I will get so pugnacious on your ass.

The three-hour event marked the first SoundTrek event delved deep into critical issues facing local communities and even raised money for supporting Nepal’s Children and Youth Music. Now if that doesn’t inspire you to get off your lazy ass I don’t know what will. New charities will be given a chance to be chosen for each SoundTrek expedition based on the local bearing of each legendary location.

“The success of SoundTrek Mount Everest was just the beginning,” Paul Oakenfold says. “Based on the amount of money raised for charity and the global success of the adventure, I plan to do many more SoundTreks around the globe.” Paul Oakenfold was joined by an excellent team, (obviously,) and each participated and had an important role to play during this venture. Josh Heffler, an executive producer is also a well-known entrepreneur and FlixFling partner who organizes large concert events with twists! “Not only is SoundTrek an amazing concept to entertain people, but I really got behind it because I had the opportunity to directly help underprivileged people in numerous locations,” Heffler says.

Along on this journey, mountaineer and Everest guide, Kenton Cool led them all up the mountain. Cool is a praised British mountaineer and expedition leader who has actually reached the summit of Everest twelve times (when it pains me to get out of bed in the morning.) He has appeared on the world’s leading broadcast channels such as BBC to ITN, he’s also been featured in a one-hour documentary for BBC 4 & The Discovery Channel. “Of my 13 summits to Mount Everest, the day of the SoundTrek concert was easily the best day I have ever had on Everest Base Camp,” Kenton Cool notes.

Don’t forget about Mark Brimblecombe, the owner of Attica Nightclub in Singapore and co-creator of SoundTrek! Johannes Mahmood, a trainer that was representing Equinox Gym who attended the trip to ensure the SoundTrekkers were in good health, had led them with stretching exercises and workouts as daily conditioning before and after each hike. Talk about wild and extreme! “SoundTrek is ultimately about people and the connections made with others in these experiences,” says Matthew Walk, SoundTrek co-creator “For me, it is the pinnacle example of how relationships are forged and how the bonds made between individuals can resonate change and awareness in the world. I’m blessed to be a part of it and one day show my children what we can do when we work together with an open heart and a determined mind.”

And to the amazing person who filmed it all, the event was captured by internationally recognized and award-winning cinematographer, Mark Fisher, of Fisher Creative. Definitely check out his work! To listen to the masterpiece click here! Their website is currently undergoing construction and will be up shortly but alas, YouTube will suffice. Until next time folks, keep on raging! 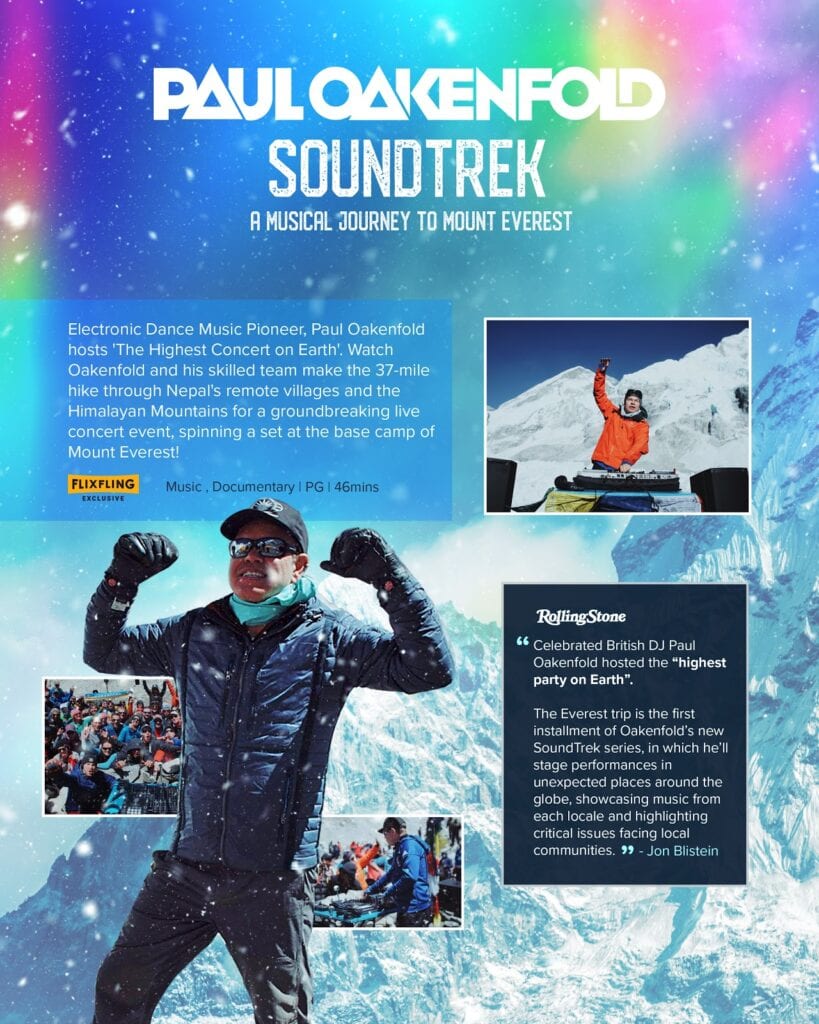