The end of 2018 is approaching and that means a ton of New Year’s Eve parties to choose from. Originally I had hoped to attend my first Decadance Festival. Arizona or Colorado were some options but decided to make Audiotistic my last festival of the year. Insomniac events made Countdown only 1 day this year but added Audiostistic festival. A “Combo Ticket” is available to save money for anyone hoping to attend both events. 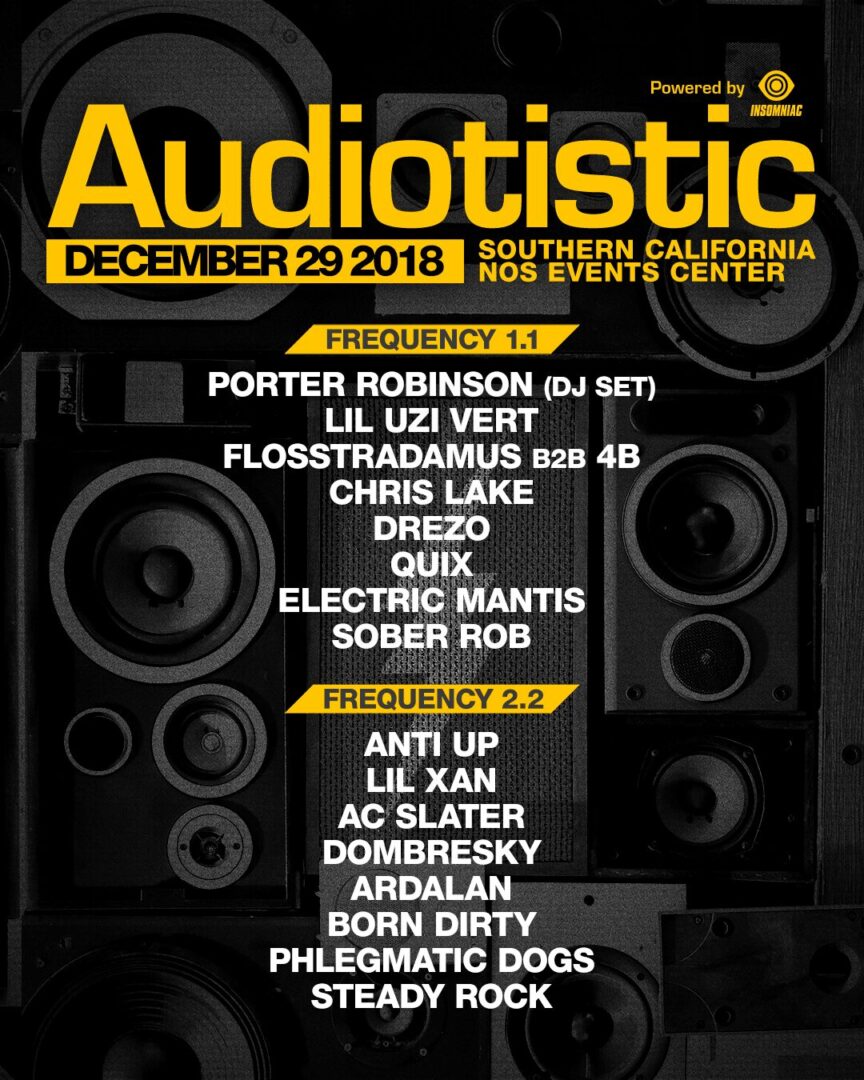 A Blend Of Genres

I had attended the Audiotistic festival in the Bay Area earlier in the summer.  The lineup had Virtual Self, who is performing at the SoCal Audiotistic as Porter Robinson this time. Lil Uzi Vert, as well as Lil Xan, are two other big names scheduled who I have yet to see perform live. Drezo recently played with Rezz on her tour stop in Los Angeles and is worth checking out at Audiotistic. 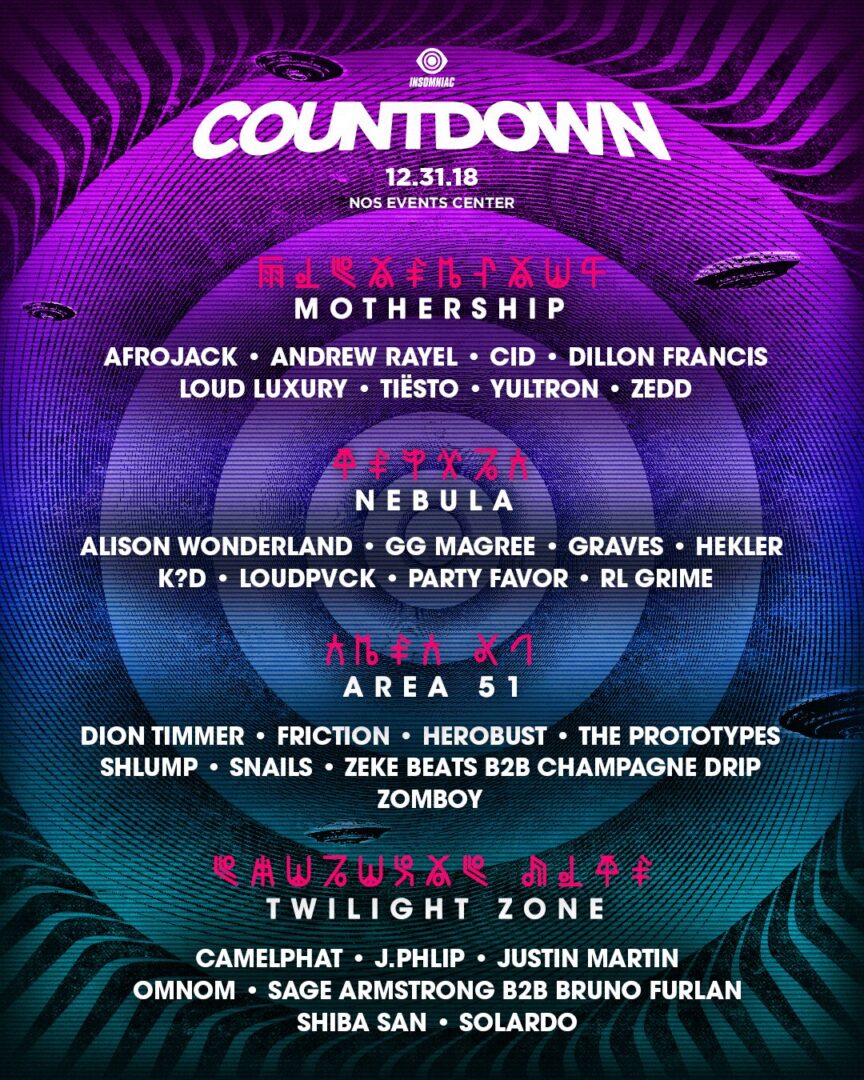 We Come In Peace

Countdown is only one day this year and falls on December 31st. Many other big names compile this lineup including Alison Wonderland, Zedd, Zomboy, and Snails just to name a few artists. Getting to the NOS Events Center is relatively easy for those in California or those traveling in. The stage production alone is worth attending! 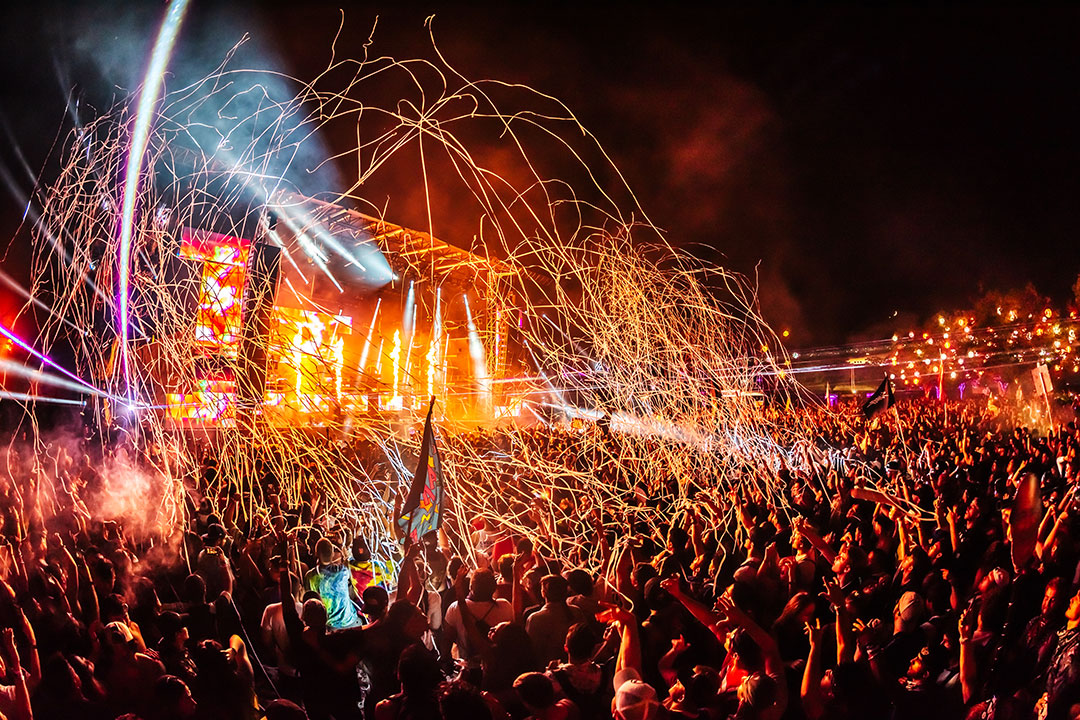 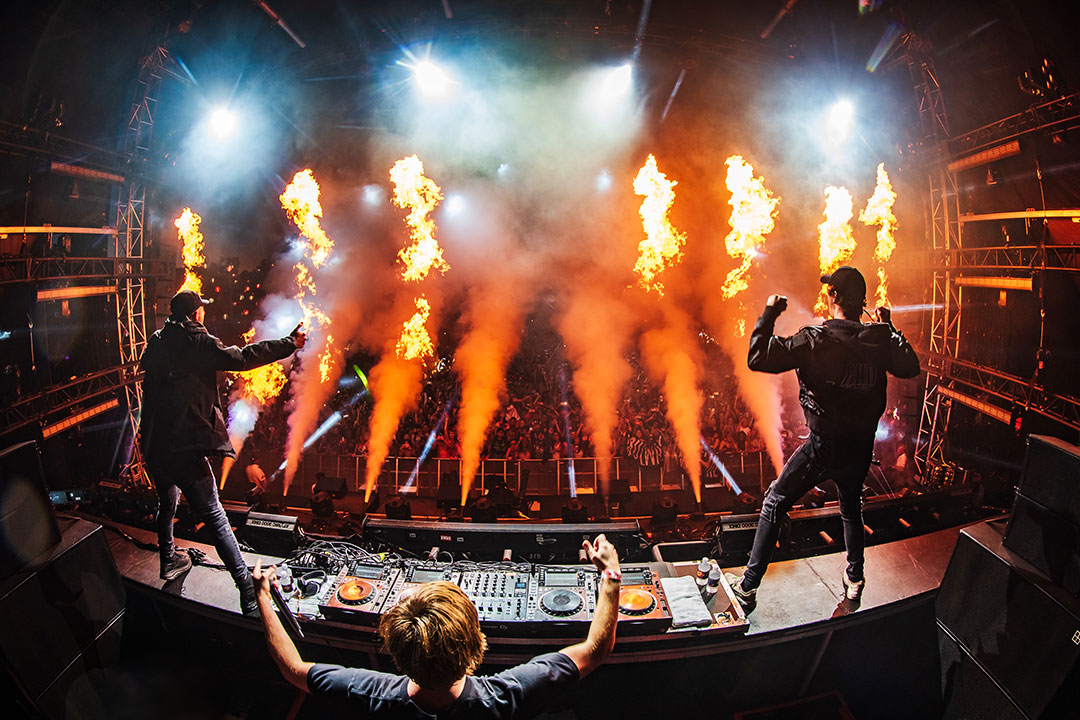