Most everyone knows or has heard of Ultra Music Festival, one of the biggest EDM festivals in the country. This year, they moved locations from Bayfront Park to Virginia Key. Everyone expected it to be a little different, but overall still the same Ultra they had grown to know and love. That was not the case for day one of the festival.

Last night, there was a report of a possible fireworks-related blaze that occurred not too far from the main stage. Not only was there a fire, but there was a supposed accident on the bridge that caused the shuttle service to be unavailable. 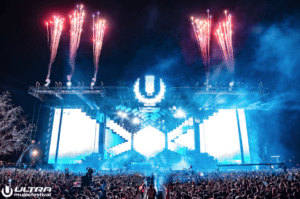 If you were one of the lucky few to able to get on a shuttle, you still did not get home until at least 5 A.M. And if you did not get on a shuttle, you were basically stranded and told to walk across the bridge (almost 2 miles)! There were reports of people giving up and deciding to sleep on the bridge, people having to walk WAY more than 2 miles, and emergency vehicles not being able to get where they needed to go.

We are waiting to see what happens on day two, but stay safe and be sure to check back for more updates!