The Illenium Trilogy show has just finished, and it felt exhilarating to be back at a show. My last show, BTSM in Las Vegas, was almost a year and a half ago. During that time, it felt like a part of me has been missing. While online shows helped to a degree, nothing could replace a live show. And with the Trilogy show having been in Vegas as well, I feel like I picked up right where I left off. I learned even with the time spent away from the scene, my love for the scene has not diminished in the slightest. I couldn’t have asked for a better show to get things rolling once again

Nearly everything about the show was great. The openers, Cloudnone and 3LAU, both performed excellently and gave us an appetizer of what was to come. 3LAU really got things rollings and getting everyone hyped. Then Illenium comes on. For me, 3.5 sets of Illenium back to back for 3.5 hours is heaven. I don’t think there were very many moments that I wasn’t singing along with the lyrics, no matter how bad my singing voice was.

Now for the sets, the Ashes set really hit you with the feels. With songs like his Disarm You remix and Only One, a lot of tears were shared between all of us illenials. 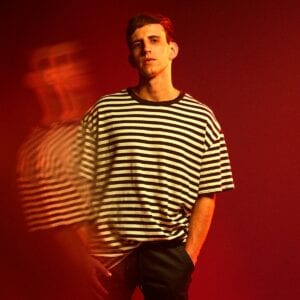 Then the Awake set, my personal favorite of the night, really started to go hard. There were so many memorable moments in this set I don’t even think I can name them all. From Where’d You Go (ft. Said The Sky!!!), Crawl Out Of Love, and Fractures I think I was head banging and screaming a lot during this set. Though my favorite moment from the entire show and possible one of my favorite moments in any show ever happened during this set. Illenium brings out Dabin to play guitar during Gold (Stupid Love), one of my favorite songs of time, and he just rocks out!! I think the moment is permanently imprinted in my brain and I will never forget it.

There is one aspect to this show that I have yet to mention, and that’s the community. While festival communities have always been really open, I feel this show really took it to another level. For many of us this was our first show in well over a year, or even our first show ever. I never forgot the amount of tear ridden faces of pure joy on so many of us, myself included. Screaming the lyrics together, dancing, hugging, and the celebrating together like nothing else mattered. As I left the stadium heading to the afterparty, I could think was that it is great to be back, and I couldn’t have asked for a better place to start again. The Trilogy show was excellent!