Get ready to celebrate! Born and bred in London, Anjunabeats started life as a university project in the year 2000. Today, Anjunabeats is one of the world’s best-loved dance labels for obvious reasons. Over 700 releases wear the iconic Anjuna ‘A’, a hallmark of quality for lovers of trance and progressive music. This is a distinction that sets releases above and beyond (heh, see what I did there?!?!?) the crowd. 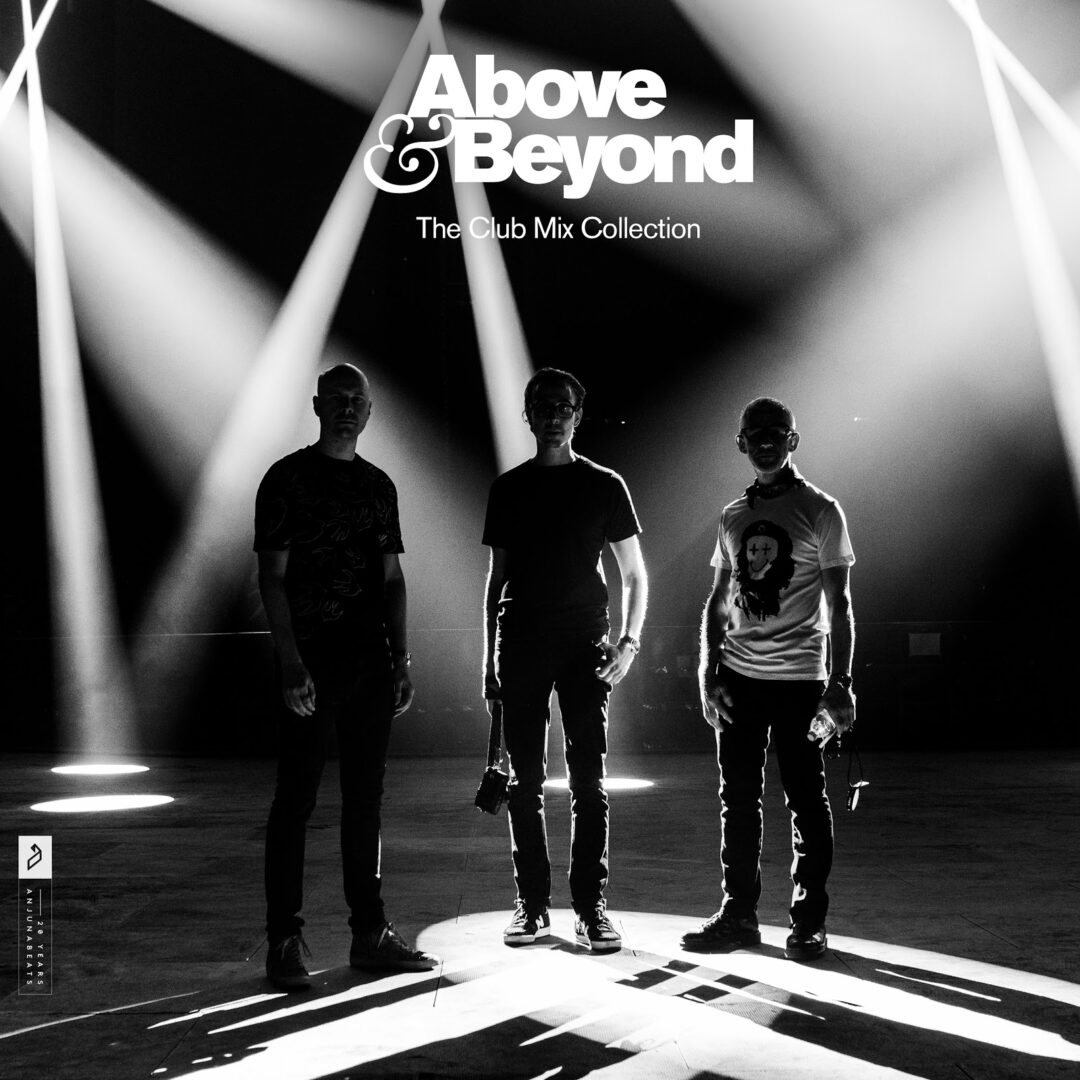 2020 hasn’t quite gone to plan for anyone around here. Sadly, a series of one-day festival events to mark the occasion will not be going ahead. But that’s not going to stop the celebrations! Get your partay hats on!
Anjunabeats has opened the vault for a handpicked group of artists spanning the label’s 20-year history. What a epic way to celebrate an anniversary! Each artist will sift through thousands of hours of music to create a definitive, mix of their all-time favorite Anjunabeats tracks. I need this in my life ASAP!
Oliver Smith, the first producer signed to Anjunabeats, has curated the first release in the series. Released on Thursday, May 28, a new mix will be revealed every two-weeks. Visit anjunabeats.com/20 for more information. EEEEKKK I can hardly wait!!

Above & Beyond’s Part in The Anniversary Celebration

In more exciting news for Anjunabeats fans, Above & Beyond have released a collection of their ‘Club Mixes’. The selection spans 15 years and contains some of the band’s most influential catalog. The timeline begins in 2006 with the iconic ‘Alone Tonight’ featuring Richard Bedford right up to now. ‘Bittersweet & Blue’  is once again alongside Bedford and for the first time as a single, ‘Cold Feet’ with Justine Suissa.
This essential collection of Above & Beyond hits is out today and includes mixed and the unmixed, extended versions of 24 essential A&B club hits. Listen Here!!!
The band can also confirm that “Anjunabeats Volume 15,” the latest in the band’s career-spanning mix series, is well underway and set for release mid-summer. Lots of upcoming releases you definitely won’t want to miss!! 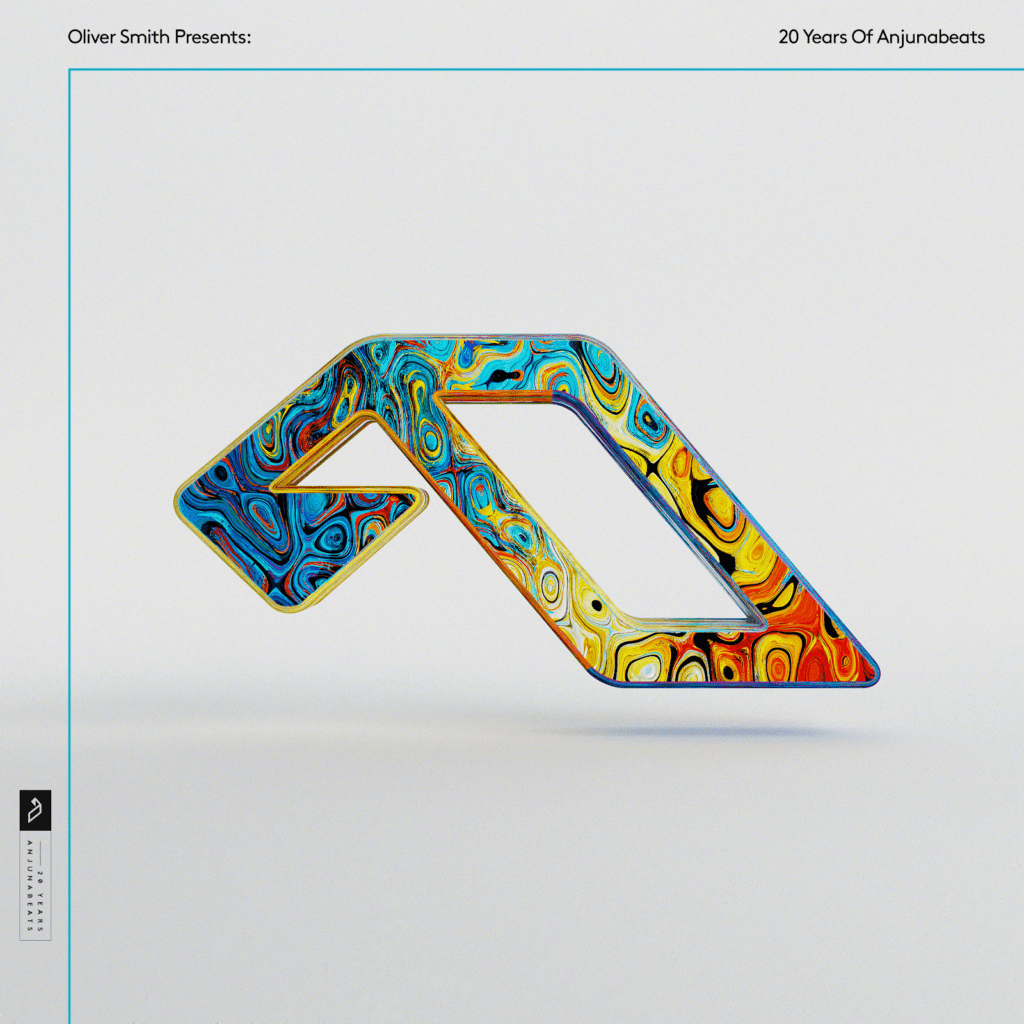 Finally, collectors of Anjunabeats ephemera will be jumping at a limited edition release of classic Above & Beyond album sleeve t-shirts. The drop included prints inspired by iconic album sleeves for ‘Tri-State’, ‘Group Therapy’, ‘We Are All We Need’, ‘Common Ground’, ‘Flow State’, and, OceanLab’s ‘Sirens Of The Sea’. Tees on sale this Friday, 22nd of May. If you’re a merch lover, you’ll want to grab some of that starting tomorrow!
While a return to live events remains on the distant horizon, fans can get their Group Therapy fix with Tony and Jono from Above & Beyond during their weekly isolation live streams on Twitch as part of #AnjunaUnlocked. Head to twitch.tv/anjuna to check the weekly program of live streams. I’ve got to say, I am soooo thankful for these streams and all they do for us!

Celebrate good times, come on! Beatport has made Anjunabeats the label of the month, and have published a wide-ranging interview with Above & Beyond’s Tony McGuinness and James Grant, CEO of Anjunabeats and Anjunadeep – Read Here

“Our twentieth year certainly turned out to be a memorable one, didn’t it? We never saw that coming. But one of the many positive things to come out of Lockdown is that it’s given us, our family of artists, and our team in London a chance to reflect upon the incredible records we’ve been custodians of for the last twenty years. To celebrate our 20th anniversary, we’ll be looking back at the songs that brought this community together through the eyes of the artists that made them and played them.” – Above & Beyond

This is just the beginning of the Anjunabeats 20th anniversary celebrations, with more archive merchandise, deluxe catalog re-releases, and many more surprises in store. Keep your eyes peeled for more ingo!
Join Above & Beyond on Twitch every week!!!!
Anjunafamily with Jono Grant: Counting down the best tracks of years gone by with a tracklist selected by our community.
Tuesdays from 6 pm BST.
Tony recreates classic Above & Beyond sets .
Tony reconstructs the sets and radio shows that have defined Above & Beyond’s career so far.
Wednesdays from 6 pm BST
Group Therapy Radio
Above & Beyond’s long-running weekly radio show, featuring the best new electronic music from their labels and friends.
Fridays from 7 pm BST
twitch.tv/anjuna

Above & Beyond’s Jono Grant, Tony McGuinness, and Paavo Siljamäki own one of the most important dance electronic imprints in the world, Anjunabeats. The label started its journey back in 2000 as an outlet for Above & Beyond’s own productions. As a result, the label grew to encompass an ever-growing family of global talent. Celebrating 20 years in 2020, Anjunabeats has helped kickstart the careers of Mat Zo, Audien, Arty, Andrew Bayer, Tinlicker, Super 8 & Tab, Oliver Smith, Jaytech, Ilan Bluestone, Jason Ross, Seven Lions, and many more.
Anjunabeats has released the legendary Anjunabeats Volume series mixed by Above & Beyond. In addition, Anjunabeats has also released a number of treasured artist albums including Above & Beyond’s own classic ‘Group Therapy’, Mat Zo’s eclectic and Grammy-nominated ‘Damage Control’ and Andrew Bayer’s experimental ‘If It Were You, We’d Never Leave’. In 2018, Above & Beyond’s fourth electronic album ‘Common Ground’ debuted at number three of the Billboard Official Album Chart, a career-high for the band. Meanwhile, in recent years, four Anjunabeats releases have been nominated for a GRAMMY award. How epic is that guys???
Anjunabeats is an established global touring brand, presenting cutting edge trance and progressive lineups at iconic venues like Madison Square Garden, The Hollywood Bowl, Wembley Arena, Red Rocks and festivals like EDC Las Vegas and Tomorrowland.
Above & Beyond release “Club Mix Collection” compilation (listen here) and tease the arrival of “Anjunabeats Volume 15”
20 artists from the label’s roster will release a mix of their all-time favorite Anjunabeats records,
with Oliver Smith curating the first in the series
Catch Jono and Tony streaming live every week on Twitch.tv/anjuna