THE FOUR TRACK EP WILL BE RELEASED JUNE 5TH 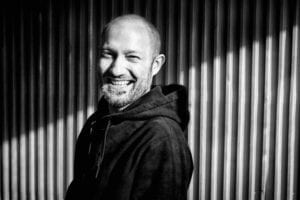 Paul Kalkbrenner got his start in East Berlin after the fall of the Berlin Wall, when techno first arrived in the city. He has been active for over 20 years and is intertwined with the genre that emerged from Detroit, making him a global cultural force. Paul Kalkbrenner ‘Speak Up’ EP will be released on June 5th.

Paul has filled stadiums and top charts with his grand techno sound, however, his new EP is focused more on deep club music. You can still hear Kalkbrenner, but ‘Speak Up’ is lean and hard – its four tracks that bring Paul back to his rave roots, music for late nights, dancing in the dark. 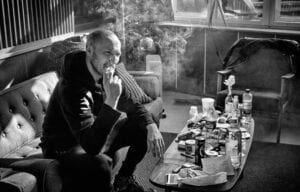 The EP opens with ‘Laser In’; a broken beat sound that’s all drums, skittery and distorted sounds that come together and move the track along. It’s spiky, dancey – punk – almost the opposite of ‘Eyes Open’ which is includes more of a dark sound, with warm synths and melodies that pull you in deeper.

Next up is ‘Check Yourself’ which is pure techno, propulsive, percussive, frantic and big. The music is centered around the kick drum, an anthem that is designed to make you move on a dance floor. The EP closes with ‘Speak Up’, and showcases what Paul does best when working with vocals. This track is simple, but haunting and beautiful – it’s full of melody and warmth but doesn’t involve much production. ‘Speak Up’ follows the most recent success of Kalkbrenner’s last vocal single ‘No Goodbye’, which has received over 15 million streams so far.

Paul’s ‘Speak Up’ EP will be available as a limited edition vinyl – only 500 copies available worldwide on June 5th and it will feature an exclusive extended version of ‘Speak Up’. The vinyl pre-sale begins May 22nd. 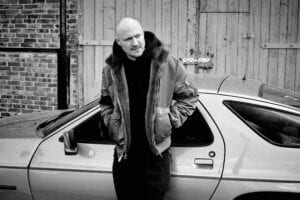 Paul Kalkbrenner ‘Speak Up’ EP will be released on June 5th