ARC recently delivered their full lineup and now, they’re at it again with their official ARC After Dark Parties! ARC Music Festival is also introducing some sick back-to-back sets that are going to blow your mind at their Labor Day Festival.

ARC is set to return to Chicago’s Union Park with a lineup that is bigger than ever! This September 2nd-4th, they’ll bring you some world-class leaders from around the globe. Get ready to DANCE!

Ready to dance after dark? You can check out some of Chicago’s BEST venues such as RADIUS, Concord Music Hall, PRYSM, Smartbar, Spybar, Cermak Hall, Primary, and Nᵒ9 with a mix of artists from the festival lineup and additional acts not on the lineup. Tickets are currently available for ARC pass holders so grab them soon! 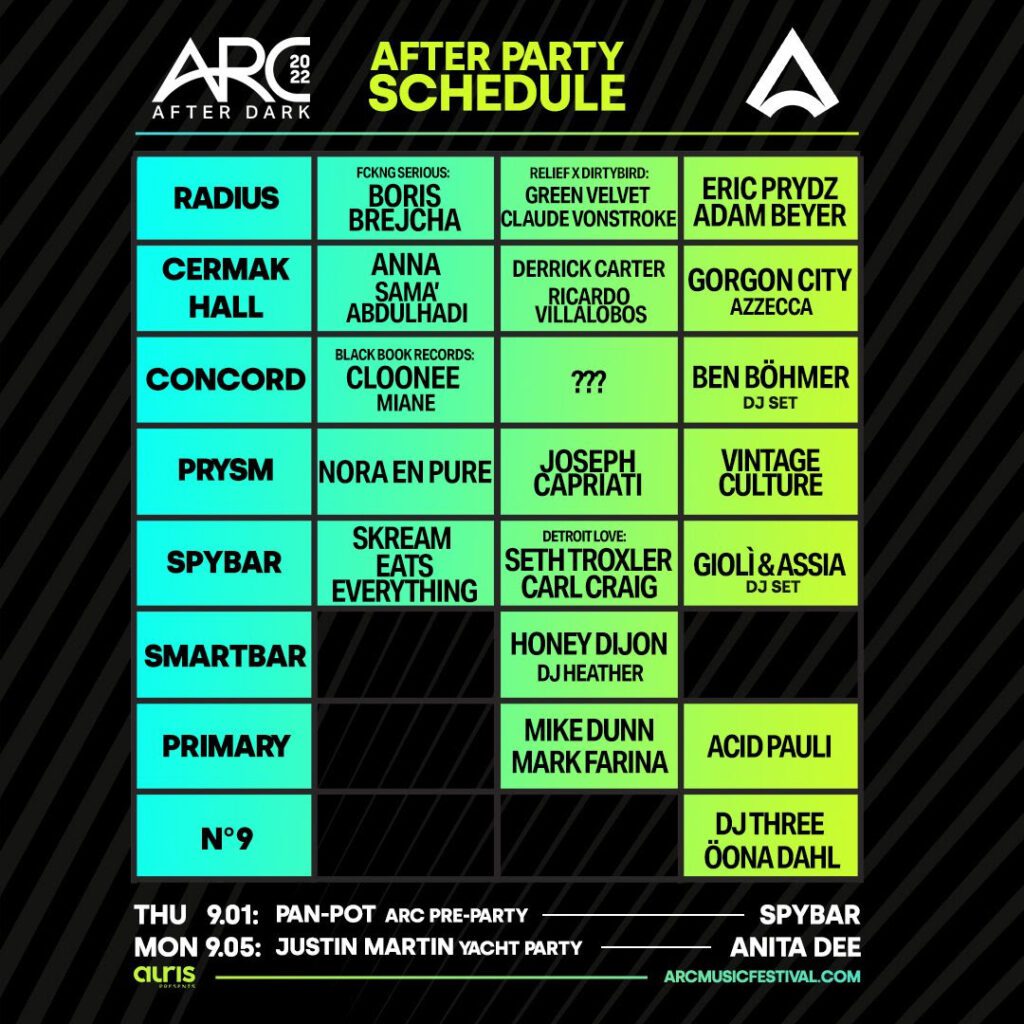 Highlights include a Detroit Love party at Spybar with Carl Craig and Seth Troxler, Eric Prydz and Adam Beyer at RADIUS, Gorgon City, and Azzecca at Cermak Hall, and a Relief x Dirtybird event with Green Velvet and Claude VonStroke at RADIUS. Sounds like a great weekend indeed!

Additional highlights include a multi-national house affair with Ricardo Villalobos and Derrick Carter at Cermak Hall, Honey Dijon and DJ Heather showcasing Chicago femme royalty at Smartbar, and a Black Book Records event at Music Hall with Cloonee and MIANE.

And if you want to extend your party, join the preparty! This takes place on Thursday before the festival and you can see some amazing acts to get your weekend started in style. Check out Pan-Pot at Spybar, along with a Yacht Party with Justin Martin on the Monday following the festival. 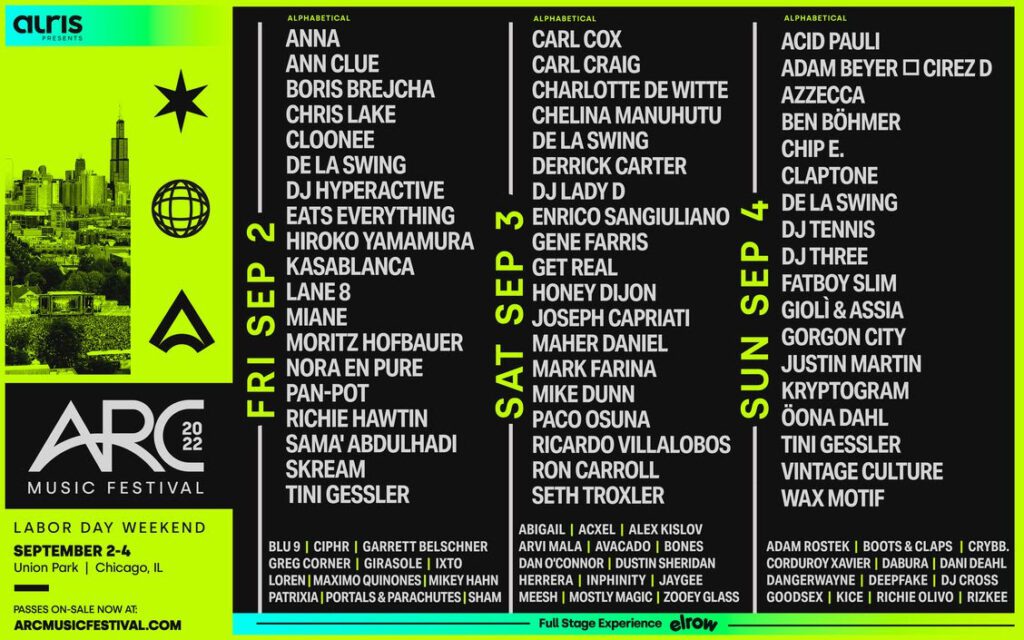 In additional news, ARC has also released the daily lineups for the festival! So get ready to make your schedule for this one!

Spanish party outfit Elrow will also make its return to ARC! We’ve shared about Elrow before and this time, they will be bringing their “Rowmuda Triangle” theme originally from Ibiza to Union Park in full force. Elrow brings the heat with their signature stage design, performers, and hijinx have made it one of the most celebrated brands in the world, touching down for bespoke events annually in Barcelona, Ibiza, New York, London, Dubai, Miami, Las Vegas, Sydney, and many more key markets.

ARC will once again extend beyond the music, creating a cutting-edge experience that mirrors the culture and artistry of its host city. It’s going to be one wild weekend, that’s for sure! Attendees can expect curated production elements and art to guide them between each of the four immersive stage environments. The event will also act as a showcase of Chicago’s culinary prowess, offering an elevated and distinctly local event.