Bassnectar Has Been Accused of Sex Trafficking

According to personal injury law firm Laffey, Bucci, & Kent LLP, Bassnectar and management are being sued for sexual abuse and child exploitation, and they are urging other victims to come forward. The firm claims the lawsuit will “hold [Bassnectar] and the corporations who support him responsible for years of grooming, abuse, and trafficking”. The suit goes on to say that Ashton is alleged to have committed the manufacturing and possession of child pornography, while management companies are being sued for a “human trafficking venture”.

Last year, an Instagram account @evidenceagainstbassnectar was created by victims who posted about how Lorin Ashton predated on youth online and at fan events and abused them. Soon after these victims came forward, other DJs were accused of sexual abuse. Drug use was put on spotlight in allegations made against Space Jesus and Datsik last year, and several other DJs have been accused of engineering situations to lure and abuse fans. A focus on mental health and addiction followed, but some said statements by these DJs lacked accountability and amounted to little. It’s clear something must change in the industry. The alleged crimes in this suit have created literal nightmares for fans who awarded his music with money and fame.
If you have information about or have been victimized by Ashton and his associates, call the law firm’s hotline 855-382-3385 or contact Brian Kent or Stewart Ryan directly at bkent@laffeybuccikent.com, or sryan@laffeybuccikent.com.
Here is Bassnectar’s statement from July. 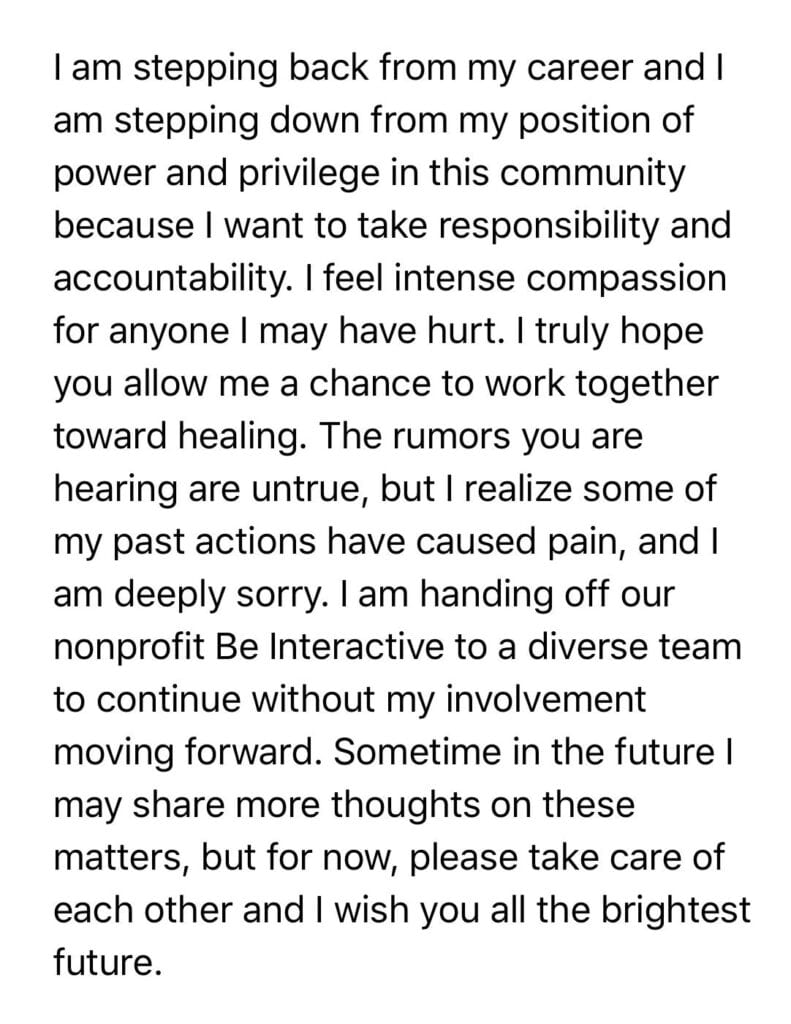 Posted in Festivals and tagged Bassnectar, Datsik, Sexual Assault, Space Jesus
← The International Music Summit Will Be Back in 2022Sunset 2021 Is Bringing The Vibes To Tampa! →
Don’t forget to follow The Festival Voice for all of your electronic music and festival news!
Instagram: @TheFestivalVoice
Facebook: @TheFestivalVoice
Twitter: @thefestvoice
Snapchat: @thefestvoice
YouTube: TheFestivalVoice
We use cookies to ensure that we give you the best experience on our website. If you continue to use this site we will assume that you are happy with us eating these cookies.OkLearn more