“What exactly is Bicycle Day?”

April 19th is known by many as Bicycle Day and is celebrated all over as the day that Albert Hofmann took that fateful bicycle ride and made one of the most monumental discoveries of the 20th century… The discovery of psychedelics on the human body. We couldn’t be happier to be celebrating the 75th anniversary of this amazing discovery with Euphonic Conceptions’ Bicycle Day Tour featuring a live performance by Shpongle and artwork from Alex & Allyson Grey. To celebrate the 75th anniversary, Euphonic Conceptions went all out and brought the infamous pairing for not just one, but three nights in three different cities. If you have never seen Alex & Allyson Grey do a live painting while Shpongle plays a live set, then you are truly missing out on life. 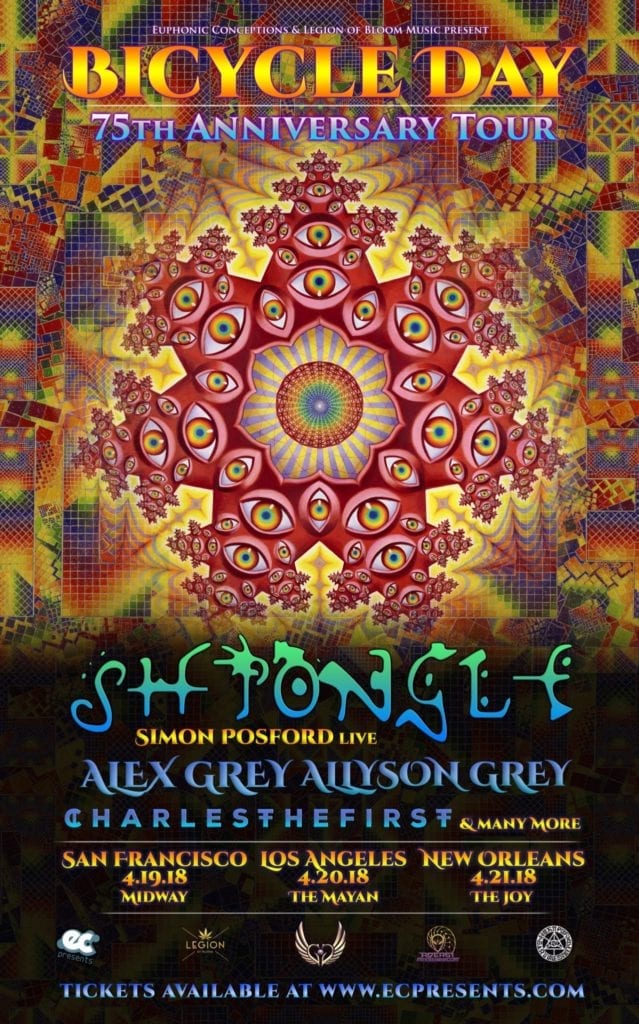 On November 16, 1938, Albert Hofmann first synthesized lysergic-acid-diethylamide-25 (LSD-25) or more commonly known today as acid. It wasn’t until five years later on April 17, 1943, however, that the psychedelic effects were first discovered when Hofmann accidentally absorbed a small amount of LSD through his fingertips. Two days later the scientist performed an experiment on himself and intentionally took what he thought to be a threshold dose of 250 micrograms, not realizing the threshold dose was only 20 micrograms! His accounts of what he experienced that day helped spark the entire psychedelic revolution of the 60s and forever changed the course of modern history.

Now 75 years later we gather and celebrate with three nights filled with beautiful artwork and some of the trippiest music in the world. For more than 20 years, Shpongle has been experimenting with the effects of sound waves on the human consciousness and inspiring millions with their psychedelic trance-like music. Their latest album, Codex VI, was just recently released in October 2017 and is a perfect example of how they push the human mind into other realms of existence. Shpongle and Charles The First are playing all three nights with different supporting acts in each city. It all starts off in San Francisco on 4/19 with support The Floozies (Tickets HERE). Then the party moves down to L.A. on 4/20 with support from Desert Dwellers (Tickets HERE). it all comes to a close on 4/21 in New Orleans with support from Otto (Tickets HERE). You can expect art installations, great music, live paintings, performers, and much more at every city! This is an experience unlike any other that you do not want to miss! We will see you at both the San Fransico and L.A. shows! 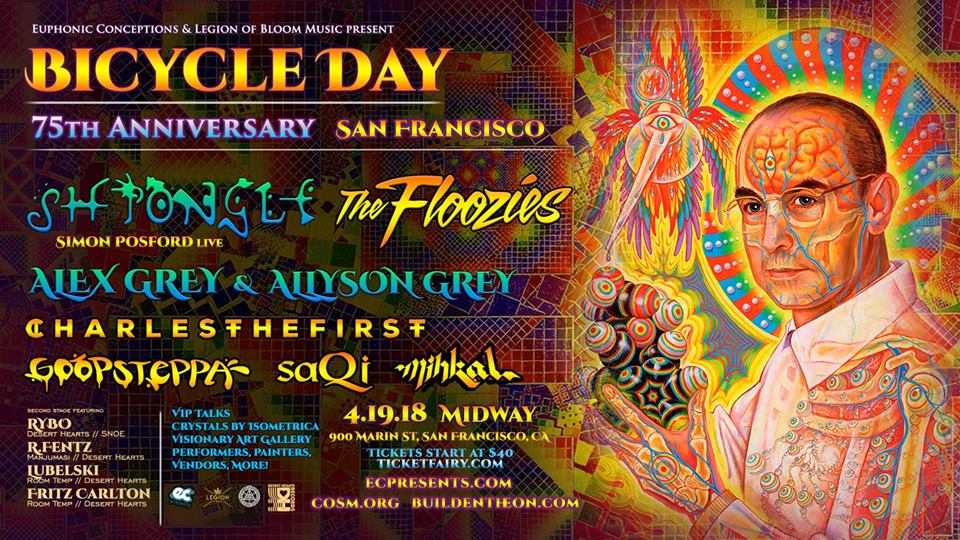 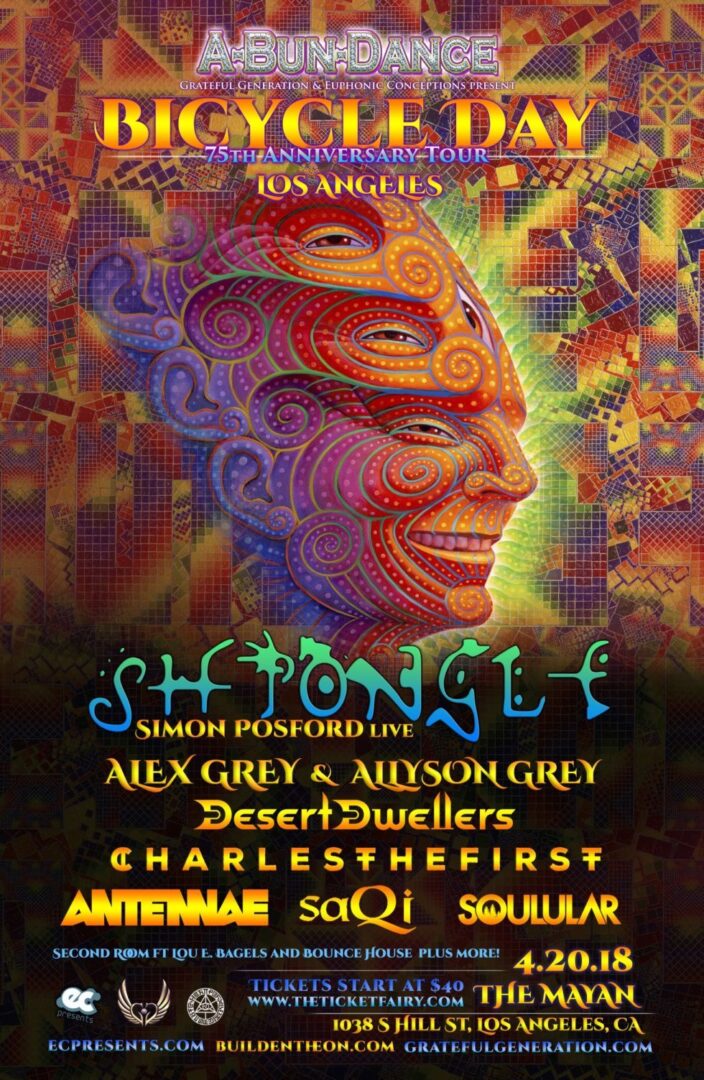 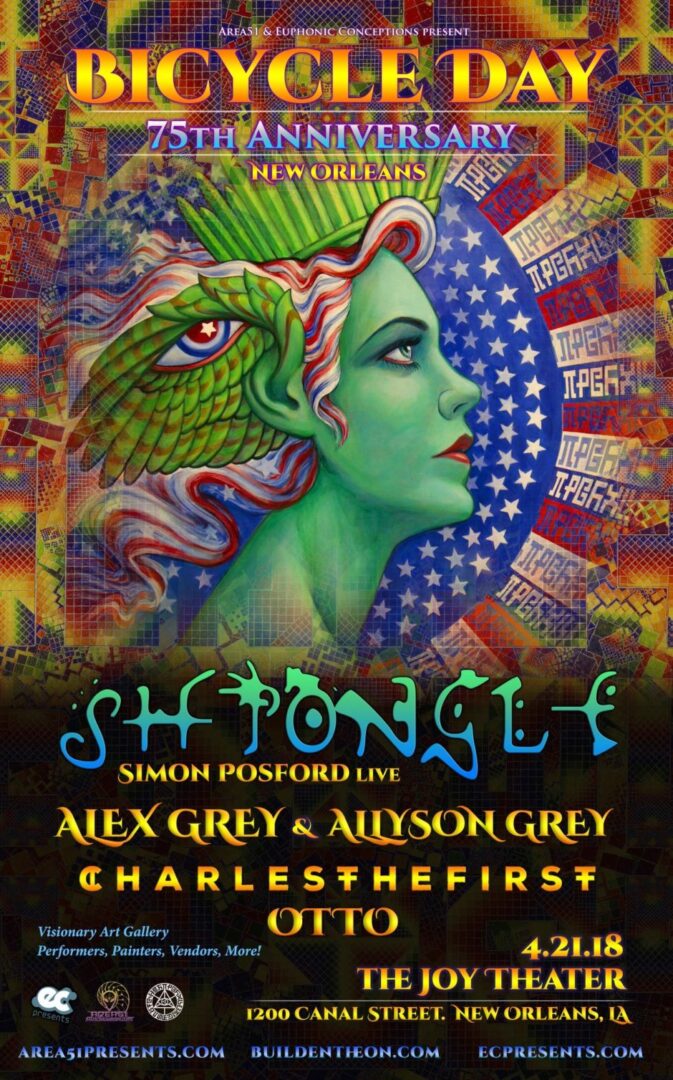