Can we as Anjunafamily walk 10,000 miles? You bet we can! The legendary Genix announces the X4 Challenge. This is a collaborative, international effort to reach 10,000 miles in partnership with Anjunabeats and the fitness community app StrideKick. This is an amazing concept and I hope you will take part!
Genix is a fitness fanatic. For real, the legend has done marathons, month-long hikes, and played a world record-winning DJ set at Mount Everest Base Camp. Talk about a winner! Through lockdown, exercise was Damo’s lifeline. His debut album ‘199X’ drops on September 10 and in the lead-up, Damo is hosting Anjuna’s first ever global community challenge. 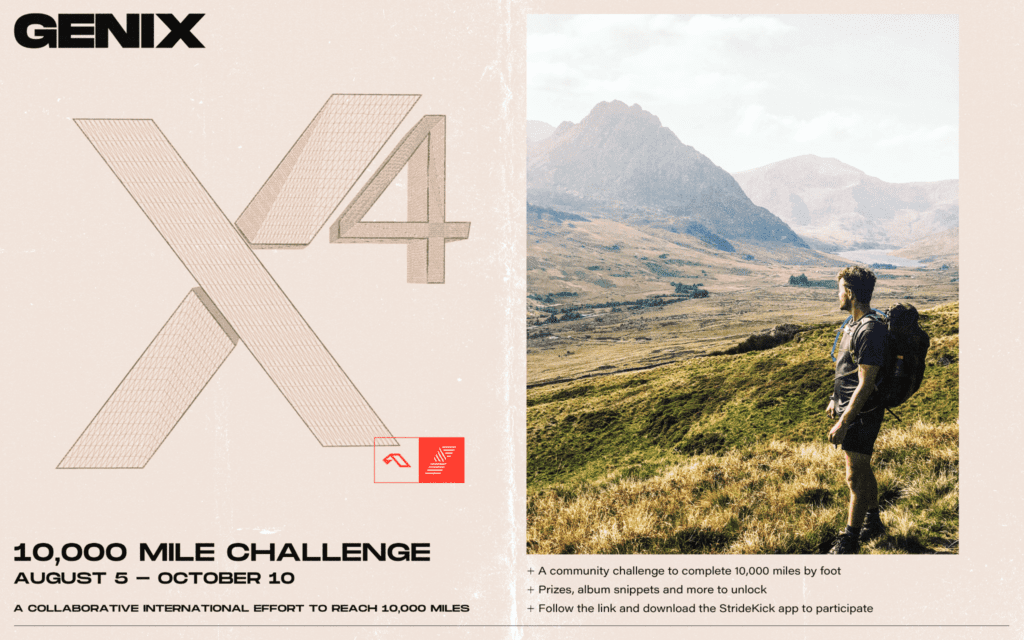 “To track everyone’s contributions, we’ve teamed up with the folks at Stridekick – a team who also happen to be massive fans of Anjuna. Simply download the Stridekick app set up an account, and you’ll be automatically added to the challenge. Heck yes! I just downloaded it and I’m super excited to join this movement!! As of this very second, there are already 16,750,753 steps!!! That’s a whopping 8,473.06 miles. Genix- I just found out about this movement on Friday… and I think we need to shoot for the stars. Let’s go higher!! 100,000!

“We’ve got very cool Anjuna prizes for top participants and previews of ‘199X’ will be unlocked as we hit certain milestones. Genix will be providing regular motivation with exclusive DJ mixes. Take photos and videos of yourself hitting the trails and tag @anjunabeats, @Genixdj and #X4Challenge. We’ll be sharing our favourite fan pictures and videos every week.”

199X is a love letter to rave culture.

The amazing album is the debut from Anjunabeats stalwart Damion ‘Damo’ Houchen, also known as Genix.
This has been an LP of exploration for Genix. He has always been know for his textured, melodic take onThe LP is a departure from the sound Genix is best known for. Through the late 2000s and 2010s, Genix was well known for his textured, melodic take on trance. The legendary Armin van Buren and Paul van Dyk caught wind of him, which led to releases on Armada and Vanbit. Next up, came Anjunabeats in 2010. Above & Beyond, like everyone else, were captivated by Genix and his tracks Aura, Destinations, and Black Water, which was written with Sunny Lax.

“There have been so many influences [on my sound]; DJs, producers, events and the thousands of records I’ve bought over the years. I don’t try to be any one genre, some people think I produce less trance sometimes, but if you have followed my career from the start it’s always had tech influences. I think any producer should stick to the sounds they love, if it makes me jump out of my seat when I’m making it, then that’s all that really matters. My music is a representation of my personal taste, it’s my expression and my passion being put into sound. It really is an art and I just try to be myself, not a genre, not a certain BPM, just Genix.” – Genix

A polished performer, Genix has played around the world including festival stages at Creamfields (UK), Tomorrowland, EDC Las Vegas, and Above & Beyond’s ABGT250 and 350, to iconic dancefloors at Ministry Of Sound, The Hollywood Palladium and The Warehouse Project.

These shows don’t live up to the heights of playing 5,597 meters above sea level though, where in April 2019 Genix set the Guinness world record for the highest land DJ set, hosting a party at Everest Base Camp. Epic!!!
‘199X’ is out September 10 on Anjunabeats. Genix is on tour through the US/UK, tickets are available here.

Join the challenge on Stridekick HERE 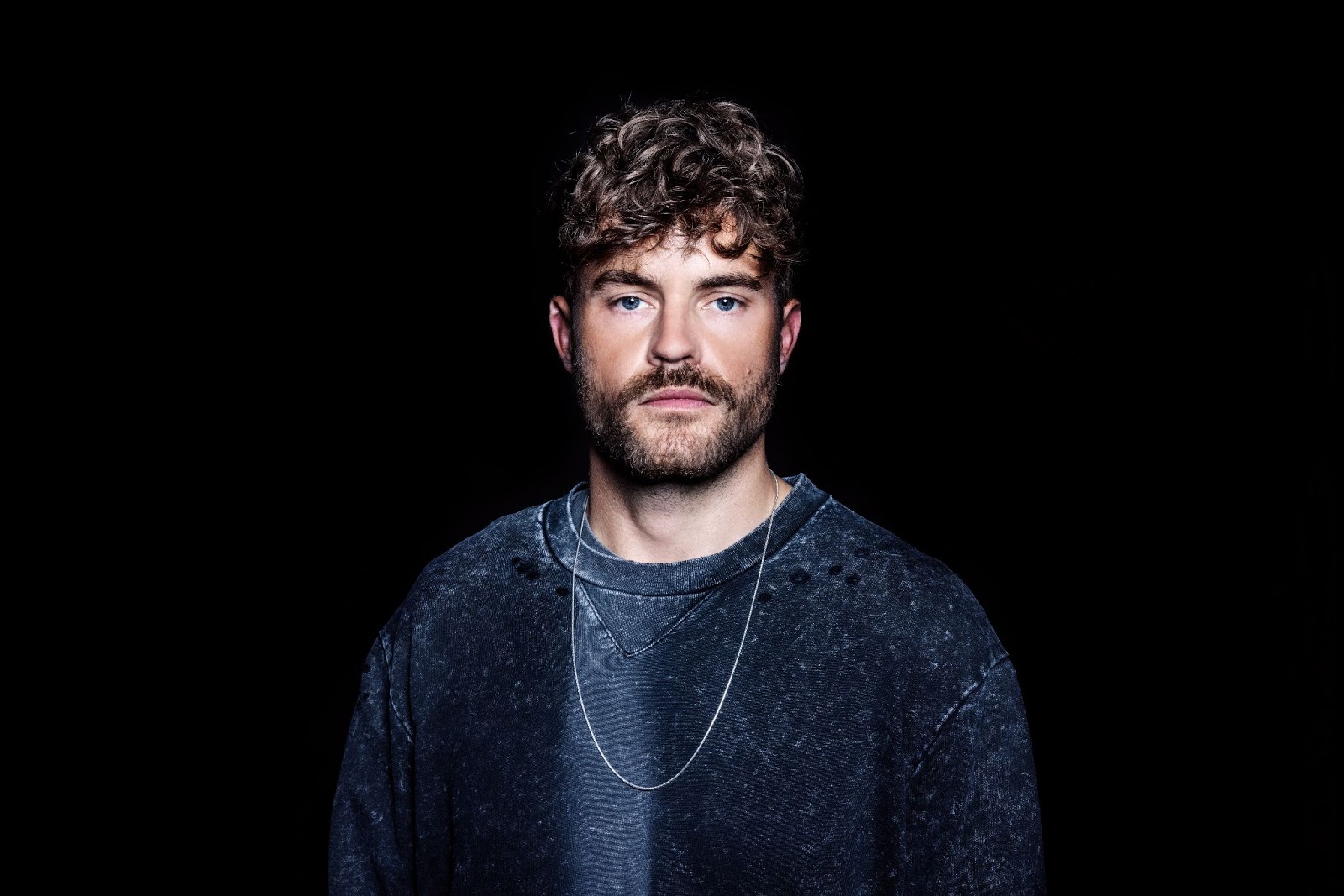