Coachella Weekend One Was Spectacular!

The Do LaB stage at Coachella was full of surprises in its highly anticipated return to the Polo Fields this past weekend. There were so many surprises to highlight! Night one’s unannounced headliners featured Higher Ground and Mad Decent superstar Diplo, a back to back set from groove-heavy house duo Walker & Royce alongside rising star VNSSA, and a groundbreaking set from internationally acclaimed bass DJ and producer Subtronics to kick off weekend one. These dance icons graced the colorful oasis with a full range of sounds and energetic sets for a massive weekend kickoff. And this was only night one!!! 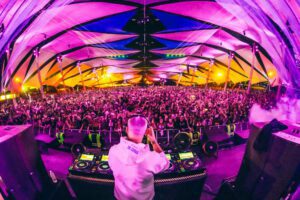 These surprise artists joined other previously announced Friday weekend one acts. The lineup itself was already stacked and these additions made the night wonderful! For example, this included mysterious bass-heavy electronic project Deathpact, upcoming Lightning in a Bottle artist and one half of the married electronic collective Elephant Heart, Jersey club queen UNIIQU3, innovative trap and hip-hop focused producer Holly, the soulful R&B stylings of Rochelle Jordan, and producer and vocalist Casmalia. 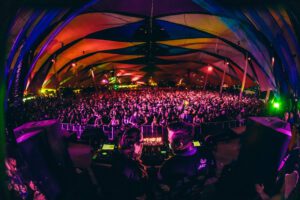 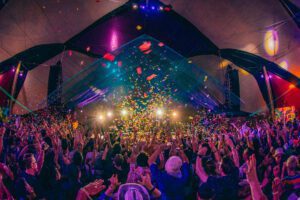 One of the highlights was 11-piece techno marching band MEUTE making an appearance. With their expressive brass band music and unique style of techno, this was a set you just had to be at! A dazzling DJ Set followed by English crossover talent SG Lewis, playing three hours of atmospheric disco, house, and all around feel-good vibes to round out the second night of Coachella. 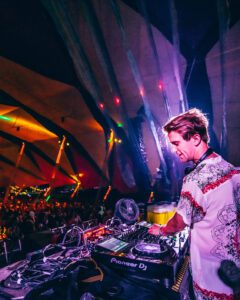 More surprise guests during the day included renowned pop star Rebecca Black. She brought out some friends during her Do LaB DJ Set. This included major guests like the empowering face of bounce music Big Freedia, songwriter and bass playing prodigy Blu DeTiger, pop singer and songwriter Slayyyter, and more. 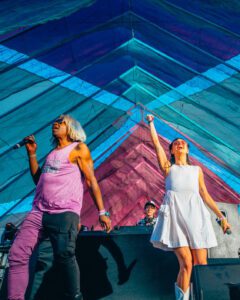 Sunday was capped off by Dom Dolla b2b John Summit along with a surprise JAUZ Off The Deep End Show.

Coachella sure had its own magic this year, but the thrilling and interactive Do LaB experience at Coachella is another example of what the brand has in store for this yea. Coming up fast is the return of their premiere multifaceted boutique festival Lightning in a Bottle. The five day experience fuses a forward-thinking musical lineup, immersive art installations, and cause-driven educational yoga and art programming within a sprawling lakeside venue in beautiful Buena Vista Lake, California. Ellie and Beka will be spending the weekend at LIB with all of you lovely friends!

The full LIB 2022 lineup can be viewed here with additional info on LIB’s website.