I recently attended Das Energi presented by V2 Presents at The Great Saltair in Salt Lake City. The Great Saltair is an iconic venue right on the salt flats of the Great Salt Lake and boasts some of the most amazing sunset views of any of the venues in America. The venue itself looks like something straight out of an Arabian storybook and has a large indoor stage and dance floor. The sandy salt flats themselves, combined with the views of the Great Salt Lake, give this venue a beach-like vibe as you watch the sun go down over the lake and mountains in the distance. 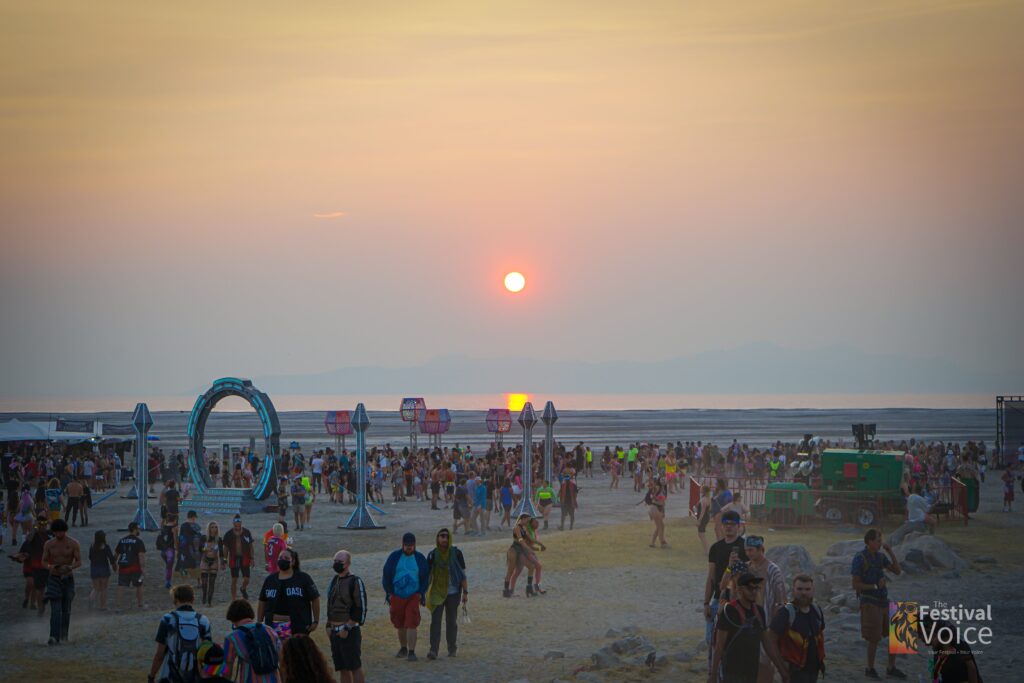 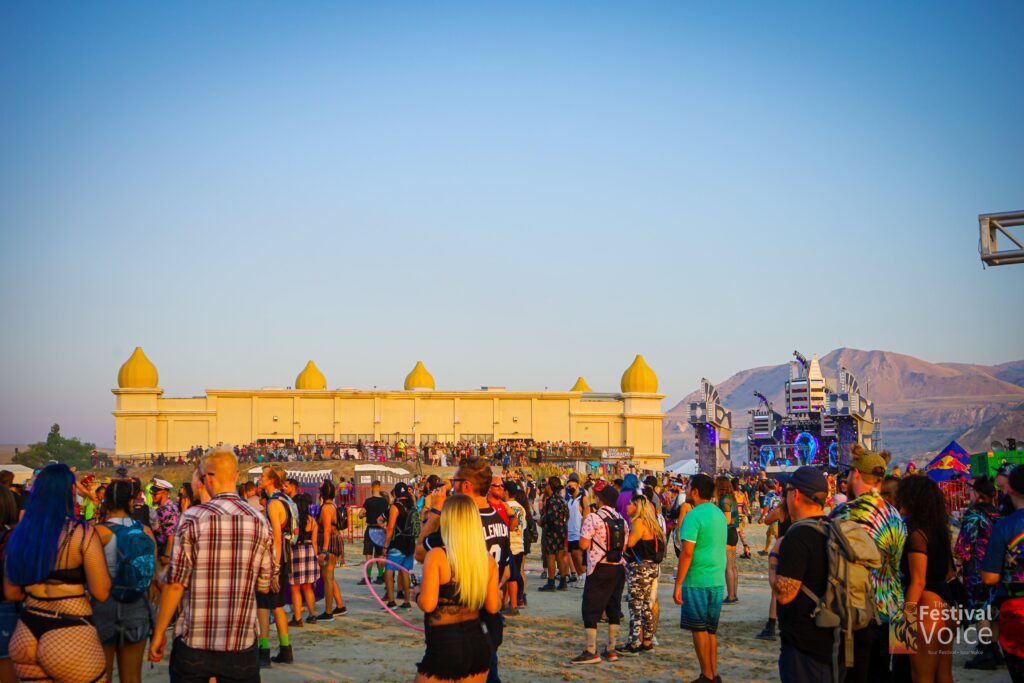 Das Energi itself was an amazingly intimate festival where I not only met many wonderful people, but I kept running into them both days! I personally love going to a festival and having the opportunity to connect with so many amazing people and to keep seeing them consistently, unlike a massive where you’ll probably never see them again. They had 3 stages: Synergy Station inside the Saltair, the main stage Energi Field in the grassy area, and Galactic Flats in the sandy salt flat. The stage designs for the 2 main stages were phenomenal with the main stage designed to look like a cat flipping the bird ? 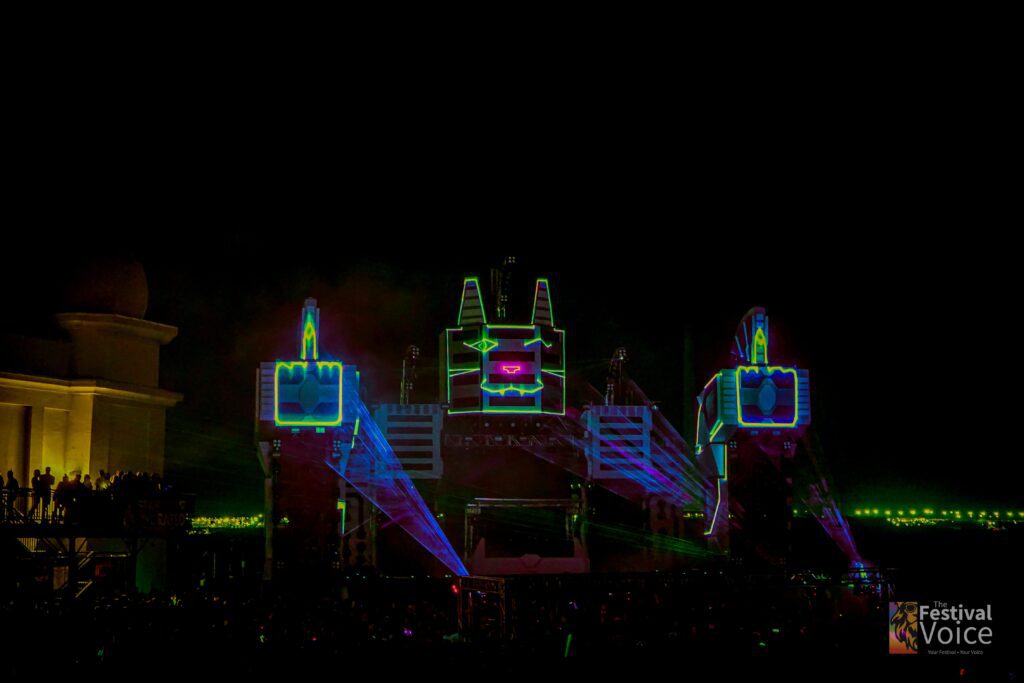 The energy that the local Salt Lake scene brought to Das Energi was next level! All around me people were dancing their hearts out and singing along to their favorite songs. Their energy was extremely contagious and soon I found myself shuffling right alongside them, especially at the Dirtybird takeover! I met several people who were attending their first festival and having the time of their lives! I even got to witness an engagement (she said yes!) and the couple celebrating their first drink with a bottle of champagne! 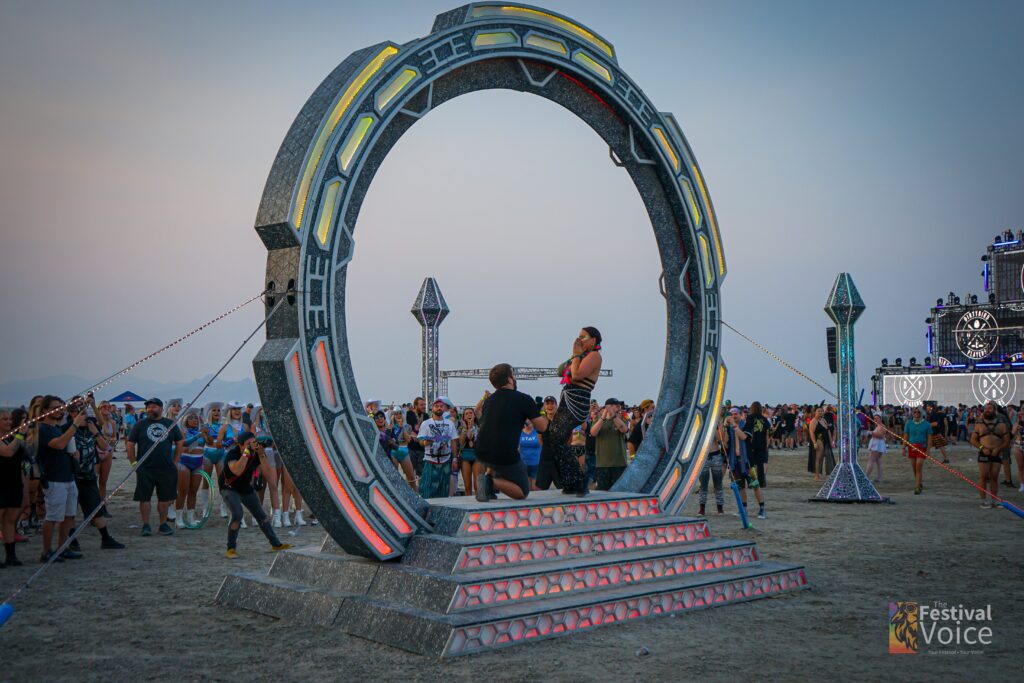 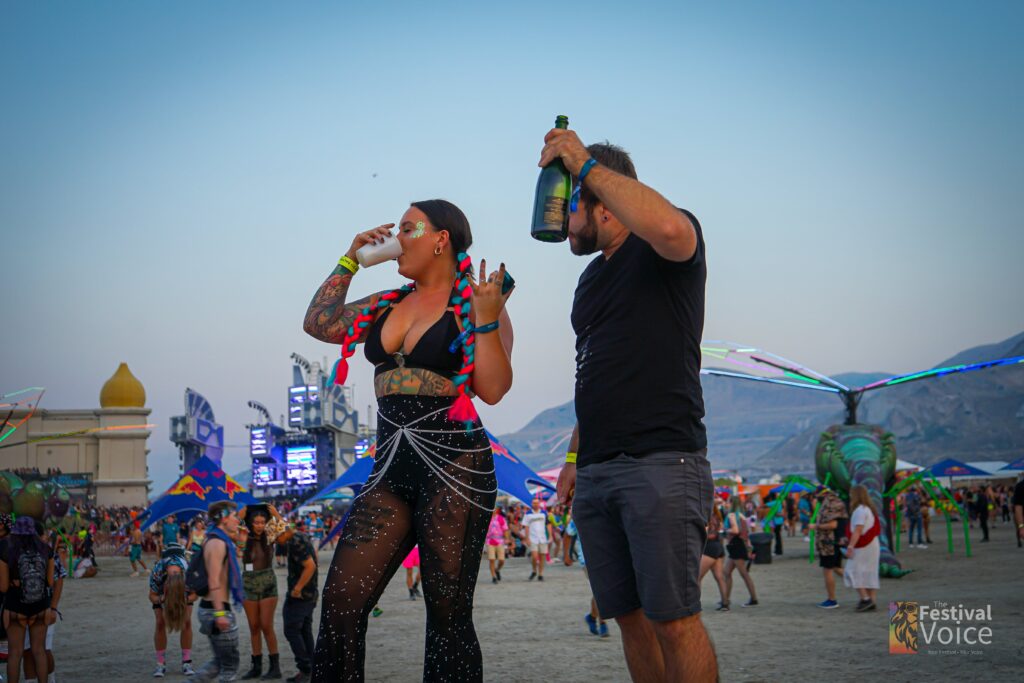 I caught many of my favorite artists including Lucii, LSDream, Dirt Monkey, Ganja White Knight, Rusko, Jai Wolf, Walker and Royce, Claude VonStroke, Illenium, and even discovered some new favorite artists like Yetep, SIDEPIECE, and local artist Nosay! I was a little sad to hear that Gyrffin came down with Covid (thankfully he’s fully recovered!), but at least we got a killer set from the surprise artist, Adventure Club! Troyboi threw down one of the grimiest sets I’ve ever heard him play, but the BEST set of the entire weekend was Kaskade! I’ve seen Kaskade dozens of times at this point, but I’ve never heard him play in his hometown before. He played the HEAVIEST and most INTENSE set I’ve EVER seen!!! Guess it’s true what they say, artists always go harder for their hometown. 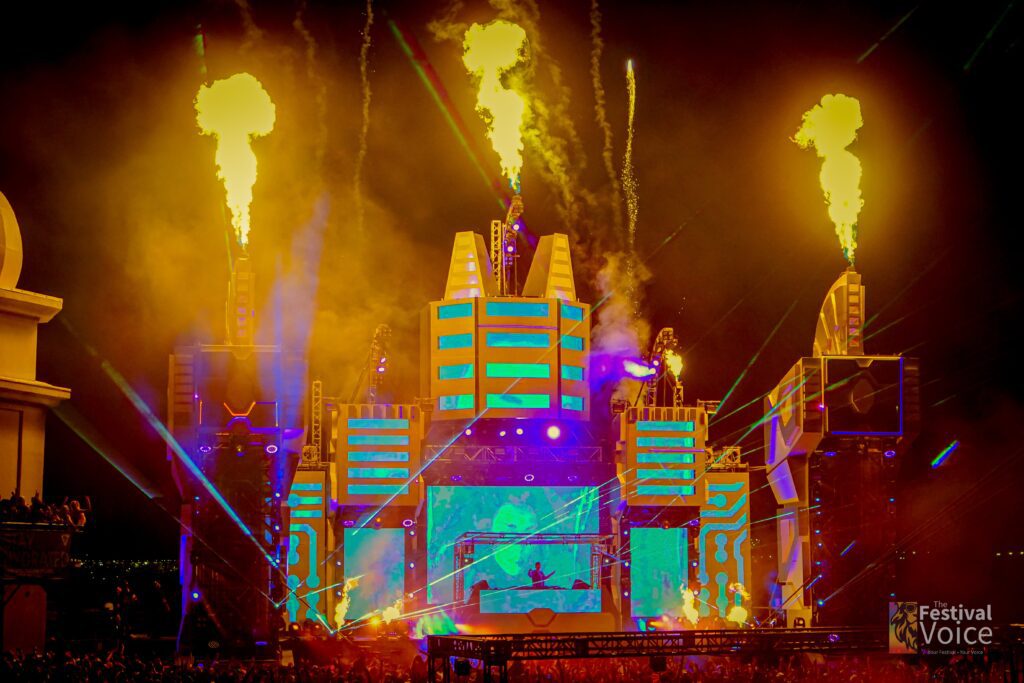 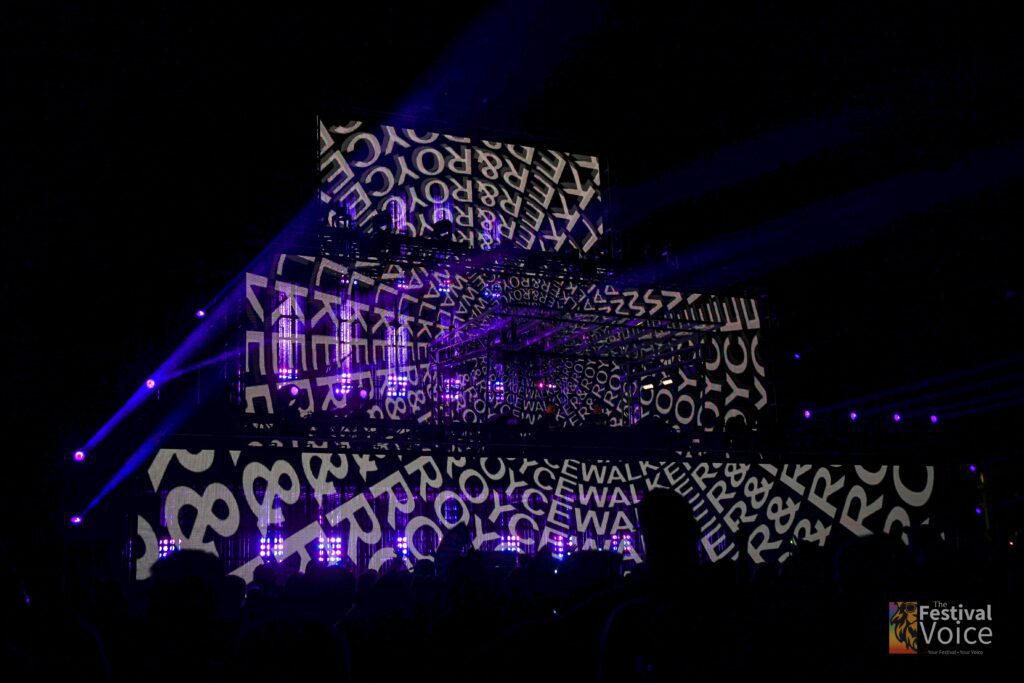 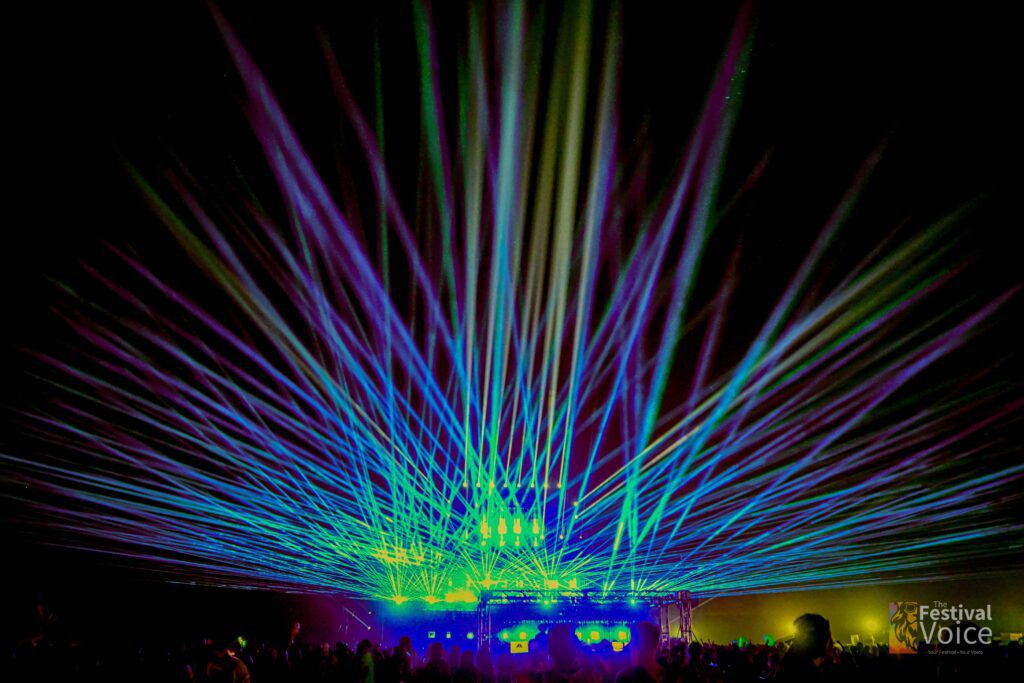 One for the Books

All in all, Das Energi was one for the books. Like every festival, there are always little things that could make it better, and there are few things that V2 Presents could do to make their future events at the Saltair even better. Many of these things are shared by many festivals like the bathroom conditions, hand-washing stations not stocked (although there was an indoor bathroom in the Saltair), lack of toilet paper, food and beverage options, and water stations to name a few. There are some small things that are specific to Das Energi like better lighting for the walkways (especially the rocky outcrop areas), there was some slight noise bleed from the main stage when you were at the Galactic Flats, and the policy of no camelbacks or water bottles in the bar area to name a few (I get that it’s Salt Lake City, but we still have to stay hydrated!) However, the good things FAAAAAR outweighed the minor things and we had an a blast dancing our hearts out with all our new rave fam in Salt Lake!!! Just like every other festival, the PEOPLE make the festival and the friends we made out there became instant fam. We can’t wait until to next time we’re at this iconic venue and get to see all our Salt Lake Rave Fam again!!!