Happy December 12th! The Festival Voice is here with the latest music news for the week!

MakersPlace–the premier NFT marketplace for rare digital art–has teamed up with the Estate of legendary artist Tupac Shakur for “The Immortal Collection.” Set for release on December 15, this drop will feature an NFT jewelry collection based on some of Tupac’s most well-known pieces from his 2PAC and diamond solitaire rings, to his Makaveli bracelet and the medallion he wore in the last photo ever taken of him. 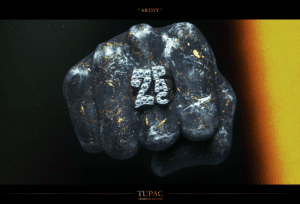 House music has always been a 12-inch format, the iconic vinyl single has long been fetishised by DJs and perfect for the fast paced, sometimes throwaway culture of electronic music. But among this world are the game-changers; the visionary artists who buck trends and determine new directions and ideas for generations to come, Ten City are one of those acts. Their fifth studio album, Judgement (Ultra Music) is nominated for a prestigious GRAMMY award in the “Best Dance/Electronic Album” category.
Stream Judgement HERE! 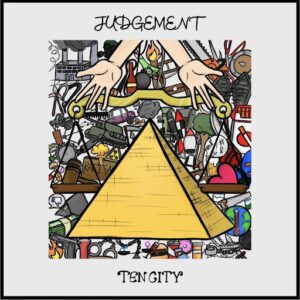 Esteemed global producer Mass Digital rejoins forces with Organic House purveyors All Day I Dream – offering the latest in his revered, melancholy sound catalogue. Viaje De La Vida is his first offering with the label since 2020 – conjuring magic and therapeutic vibes spread out over 5 tracks. Winding through magical soundscapes and organic production, the Viaje De La Vida project is a collection of subtle, yet potent melodies and dance arrangements.

Marsh is back on Anjunadeep with the last EP of this trilogy series. ‘Calling’ features four brand new offerings from the American-based UK-native DJ & producer, from the club-oriented ‘Calling’ and ‘Pretty Eyes’ to the breaks-influenced ‘Love’ and the melodic & uplifting ‘Free’.
2021 has seen Marsh release on Joris Voorn’s label Spectrum, remix the likes of Eli & Fur and Dosem, and receive support from BBC Radio 1, SiriusXM Chill, and Kiss FM to name a few.
Stream HERE

The quote from legendary martial artist Bruce Lee has become the mantra of Eric Sharp’s 16-year career, which has seen the house purveyor hold down a coveted residency at LA’s Sound Nightclub, perform at festivals like Coachella, SXSW, and Outside Lands, collaborate with Anna Lunoe, remix acts like Major Lazer’s Jillionaire, Grammy-winners Jars Of Clay, and Atlantic Records’ Melanie Martinez, and top Hype Machine charts. 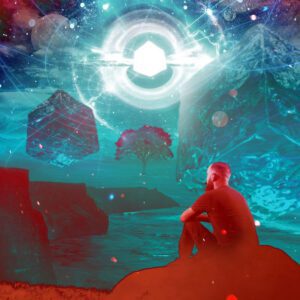 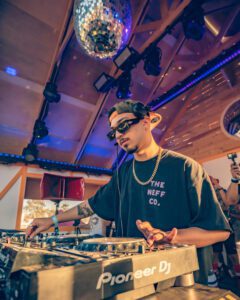 Tap into the riddim. Infekt returns to Disciple Records with “Money Dance” – a standout track on the label’s Alliance Vol. 7 compilation.
The track reels you in with a mischievous hook of distorted instrumentals and seamlessly builds up into an eruptive drop that will have your head banging against the rails. “Monkey Dance” comes as part of the release of Alliance Vol. 7, which includes tracks from the likes of Virtual Riot, Barely Alive, Ray Volpe, Bandlez and other Disciple family favorites.
Stream HERE 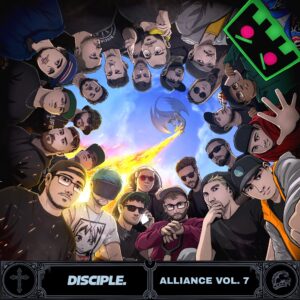 Following the critically acclaimed release of his beautiful summer single Shadows on Lee Burridge’s All Day I Dream, a number of impressive remixes for the likes of Joseph Capriati, Agoria, John Digweed and Black Circle, and several remixes on Diversions including the latest for Julian Millan’s Kamelhyn EP, Diversions Music label boss OXIA now returns to his much loved imprint for his first original release on the label this year, as he announces the stunning three-part Fate EP. 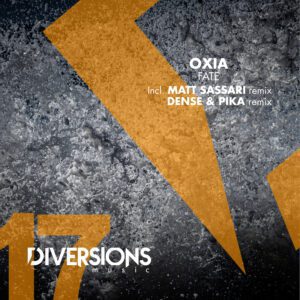 Experimental Bass’ fan-favorites EAZYBAKED (Orlando, FL) has long conjured a vibe of curiosity and free flowing expression – offering America’s grassroots electronic scene reliably fun and relatable characters. Now, the duo of Eric Ray and Andrew Principe are ready to set a new standard for their artistry and return with their first single of 2021, “Letting Go.” 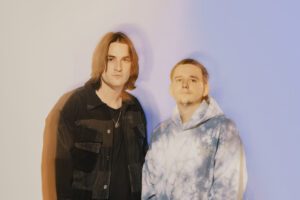 After a highly successful debut into the electronic music realm, fast-rising artist Feather returns to the release radar with an intriguing new collaboration. Joining forces with Badnights, the duo comes together to deliver one final offering ahead of 2022. Merging their signature styles, “Wasted Time” is a quintessential collaboration with soaring basslines and poignant vocals. Out now, “Wasted Time” is available to stream across platforms. 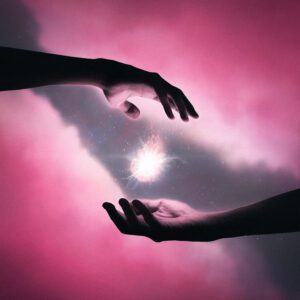 German-born and based multi-hyphenate David Herrlich takes to deadmau5’s house imprint to debut “Touch.” Available worldwide on hau5trap, “Touch” is the latest addition to the fresh-faced house music label. 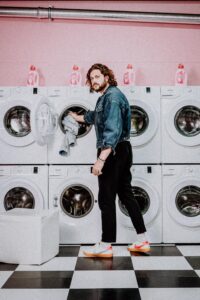 Still beaming from the hugely successful international release of the first two volumes of Techno Monkey Remixed back in July, Berlin-based techno maven and Kuukou Records label boss Simina Grigoriu now completes the immense remix album, as she announces the final three artists set to wrap up the ambitious nine-track project. Out now, Techno Monkey Remixed Vol. 3 sees Simina welcome a collection of label friends new and old, as Hollen, Skober and DESNA pull out all the stops to deliver their own inimitable versions of the iconic original production. 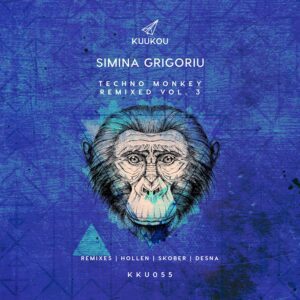 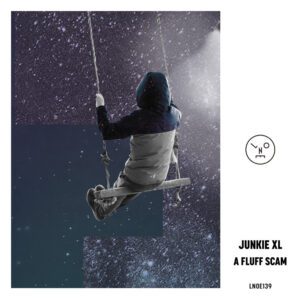 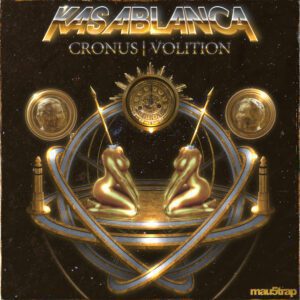 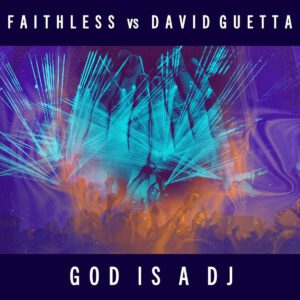 After making his Monstercat debut earlier this fall, breakout producer KDYN returned to the label today with his polished yet punchy four-track EP, ‘Elevate.’ At just 16-years-old, the Southeast London producer has crafted a sonic profile that’s mature beyond his years. ‘Elevate’ fully showcases KDYN’s musical prowess as he effortlessly blends classic garage sounds with chart-driving UK house. The deep basses, crisp percussion, and scattered synth stabs in the single, “Fire” drive it forward while the processed vocal chops add a unique melodic layer that complements the track’s darker motifs. With releases on industry flagships like Insomniac, Crucast, and Monstercat, as well as radio support from BBC and KISS FM, expect to see KDYN sweep the scene in 2022. 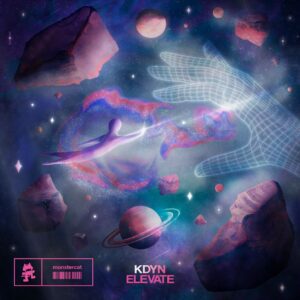 Just in time for the end of the year, Martin Garrix is back with a treat to kick off the Holiday Season with a bang, releasing his long-awaited collaboration with Matisse & Sadko and John Martin: ‘Won’t Let You Go’.

Wanting to make a banger of a track, Zonderling is bringing us ‘Breng’. Named after a personal favorite track from Randomer, ‘Breng’ is a high energy track that will get you ready for the weekend. 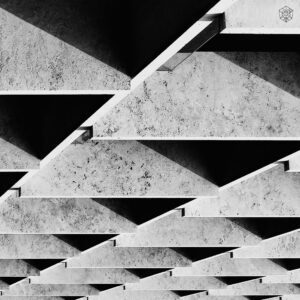 ‘303’ is the track that marks the debut of Future Class on STMPD RCRDS. Coming out of a random studio session, the track surprised everyone by the end of it. With the entire structure of the track inspired by Tech House grooves and the main bass heavily influenced by the classic 303 synthesizer, the track does its name justice. Having a great time in the studio during the pandemic, Future Class managed to focus a lot on productions the past year, which means ‘303’ is definitely not the last we will be hearing. 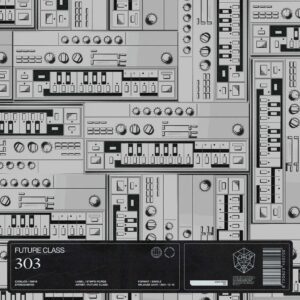 Following on from Icaro, TIBASKO bring heat to their already remarkable game with imaginative techno track, Hibiscus via Another Rhythm. 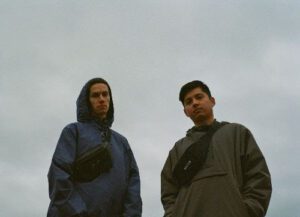 Singer/songwriter & DJ ANABEL ENGLUND is no stranger to chart-busting song making. Her debut album Messing With Magic and it’s Deluxxe edition garnered her four #1 dance music radio singles (“Waiting For You” with Yotto, “Underwater” with MK, “Picture Us,” “So Hot [MK & Nightlapse Remix]) within the last year. Her latest single “Midnight Rapture” (Ultra Music/AREA10) now has also hit the top of the charts, breaking her own unprecedented record of most consecutive #1 dance music radio singles totaling five.
Stream HERE 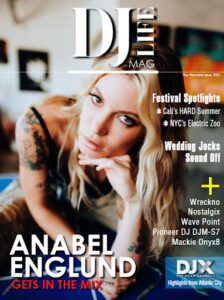 Toby Romeo- Reminds Me of You feat. Moss Kena Acoustic plus Remix

As 2021 comes to a close, Toby Romeo closes his most successful year on a high note with two new renditions of his latest smash single “Reminds Me Of You” with Moss Kena. The first is a stunning acoustic version and intimate music video counterpart that features both Romeo and Kena. Secondly, Romeo and Kena enlist Lost + Found to remix the track into a dancefloor groover. Out now via Virgin Records, ‘Reminds Me Of You’ feat. Moss Kena Acoustic Version and Lost + Found Remix are available to stream across platforms. 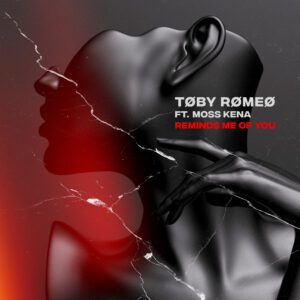