Hello, this is Savannah and I am here with DUNNOWHO and Multi! They’ve has been up to BIG things lately with the release of their track Ozono on Dim Mak, but we are NOT here to talk about that today. We are here to talk about something that is much more important to DUNNOWHO and Multi than anything…YOU!!! They wouldn’t be anywhere if it wasn’t for the love and support from all of their loyal fans just like you! So today we would like to talk with DUNNOWHO and Multi about some of their favorite experiences with their fans, and to get a little personal with them so that you, their fans, feel like you know your favorite artists just a little bit better. So let’s dive right on it! 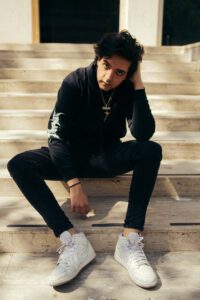 Savannah: So tell us, DUNNOWHO, what have been some of your favorite experiences with your fans thus far?

DUNNOWHO: So far my favorite happened at the last festival I played before the pandemic. When I finished playing, when I got off stage a fan asked me for a picture and told me he was a big fan of my music. Days later I saw that he had sent me a message on instagram with the photo and we started talking, eventually, we became good friends.

Savannah: I’m sure you have received and seen a lot of fan-art over the years. What has been your favorite piece or most memorable piece of fan-art you have seen so far?

DUNNOWHO: My favorite is the first one I received. A while ago, on Valentine’s Day, a fan sent me a collage with pictures of me and “Happy Valentine’s Day” texts. It brought a big smile to my face.

Savannah: We all know how crazy some fans can get when they finally get to meet one of their favorite artists. What has been one of your most memorable interactions with a fan and have you had any that were made uncomfortable by an overly zealous fan?

DUNNOWHO: The most memorable one so far is the story I told earlier, the one about the fan with whom we eventually became good friends. Answering the second question, yes I have had a very awkward moment with an overly effusive fan. I was taking pictures with some fans after a show and a girl came up to me to record an Instagram story, while I was recording and smiling at the camera she jumped up and kissed me on the mouth.

Savannah: You get a unique perspective of the crowd from the stage. Tell us, what has been one of the craziest things that you have seen while on stage?

DUNNOWHO: I remember at EDC Mexico a guy showed up at the front dressed as Sub Zero or something like a ninja and started dancing impressively. I don’t know how to explain what kind of dancing he was doing but he was very talented. Everyone turned to look at him including me.

Savannah: When you’re playing at a festival, you’re obviously not playing the entire night. Do you ever go enjoy the festival and get lost in the crowd? And what do you do when your fans recognize you in the crowd?

DUNNOWHO: Yes, of course, I love to get into the crowd and enjoy the festival and the party. If someone recognizes me it’s also fun, I like to take pictures with the fans, meet them and be close to them.

Savannah: Let’s talk about live performances for a second. Do you prefer playing for the large crowds of fans at festivals or do you prefer more intimate shows at smaller local venues? And why do you prefer that?

MULTI: I have actually never performed at a festival before! I’m absolutely dying too, I heard Dunnowho was going to let me gatecrash his next set though so I’m hype. 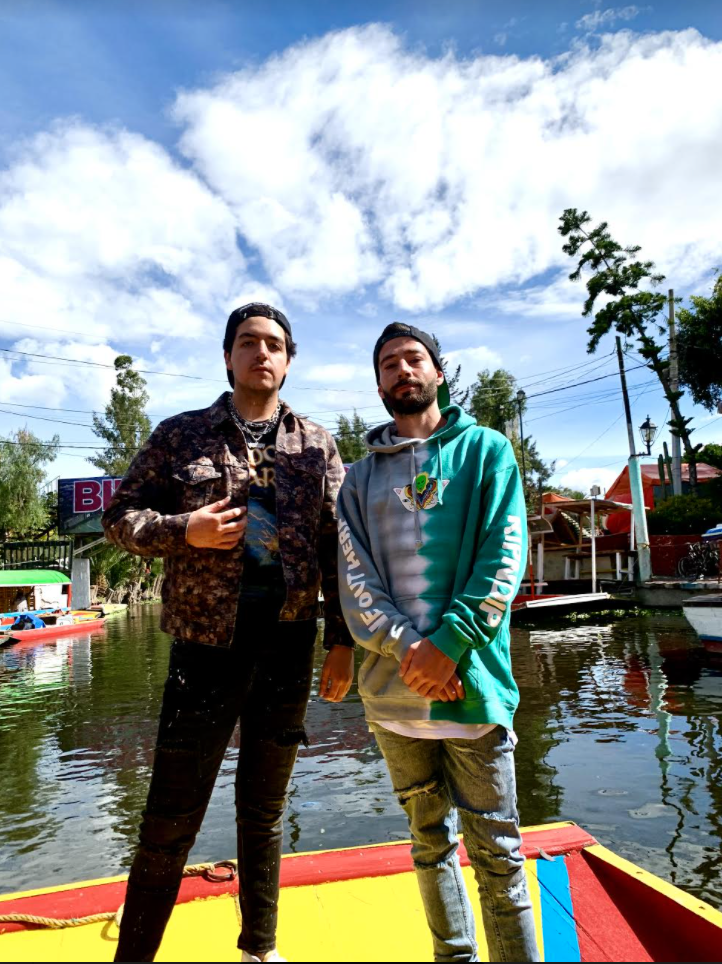 DUNNOWHO: So far my favorite festival and audience is EDC Mexico. I’m looking forward to the end of this pandemic issue so I can go back to play live at festivals and experience other countries as well.

Savannah: Would you rather see the crowd headbanging and going wild, or do you prefer to watch as everyone gets their groove on?

DUNNOWHO: I totally prefer to see people going crazy and feeling all the adrenaline of the set. It’s an energy that also rubs off on the person playing and that’s what it’s all about: connection, explosion, and madness.

Multi: Anything as long as the people are happy. 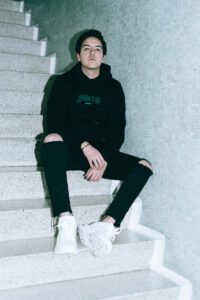 Savannah: What is your favorite song to get your audience pumped up and dancing their hearts out?

DUNNOWHO: That’s a good question and I have a lot of favorite tracks to play live, but so far I think my favorite is Trap Door. I’m very excited and hope to soon be able to play Ozono live, I’m sure it’s going to be crazy.

MMulti I haven’t had a chance to play any of my new content but I’ve always loved performing “No More”.

Savannah: Okay, let’s get a little personal now and help your audience connect with you on a deeper level. So, tell us a little bit about yourself. How old you are, where you’re originally from, where you live now, etc.

DUNNOWHO: Well, as many of you already know, my name is Andrés. I was born and raised in Mexico City and in June I turned 25 years old. I currently live in the City and I love it, I have my studio here and it’s where I spend most of my time.

Savannah: Tell us a little bit about your family. Did you have any brothers or sisters growing up? Did your family support your choice to become a musician?

DUNNOWHO: I come from a family of four, my parents and my older sister. The three of them have always been very supportive in all the projects I have wanted to carry out. I have never received a no from them and it’s something I appreciate a lot.

Multi: My family is everything to me, I have two older brothers and a younger sister. They have always supported me, except my sister who has been a little bit harsh with my music but I know it’s because she wants to set the bar high for me lol. My oldest brother lives in Australia and my other brother is on his way to be on Forbes.

Savannah: Let’s talk about your childhood for a second. What is your fondest memory from your childhood, and what is one of the most crazy, exciting memory you have?

Multi: Family time with everyone together, that’s much more sparse now.

Savannah: Tell us a little bit about your past and what brought you this point in your life. Were there any life-defining moments or people that majorly impacted who you are as a person and as a musician?

DUNNOWHO: I have always lived by and for music. For as long as I can remember I have been looking for ways to create music. My biggest influences have always been hip hop and metal. I always wanted to have a musical project and in my life I have had more than one. At some point when I was a kid I wanted to make my own metal band, and I was always fascinated by hip hop beats and how to create them. I’ve learned to play some instruments and finally met a DAW when I was 17 years old, that’s what opened all the doors to finally shape everything I had in my mind.

Savannah: So Multi, you said that you’re originally from Wellington, New Zealand. What was it like growing up there? Are there any cool local spots that we should check out if we are in the area?

Multi: I feel super blessed to be able to say I come from such a place. It’s one of the most beautiful countries from the places to the people. I recommend the whole country tbh.. For real, you won’t be disappointed.

Savannah: What was the first album you ever bought and why did you go for that one?

DUNNOWHO: I’m pretty sure the first album my mom bought me was when I was about 7 years old and it was System of a Down’s Toxicity or Papa Roach’s Infest. Since I was very young I liked metal and those bands were the ones that introduced me to that genre. 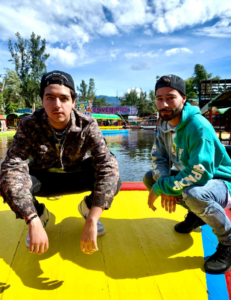 Savannah: Two part question: 1) How old were you when you went to your first concert and who did you go see? 2) What was the first festival that you went to and how did that impact you?

DUNNOWHO: I’m pretty sure my first one was when I was about 10 years old and went to see Apocalyptica. Answering the second question, my first big festival was EDC Mexico 2014, I had been to a couple of festivals before but they had been very small so you didn’t feel that adrenaline rush that you feel at a festival like EDC. The impact was huge, I remember seeing the stage and the first thing I thought was “that’s the goal, I’ll be there someday”.

Multi: I can’t remember the age but it was this festival my city used to hold called Edge Fest. It hosted a lot of international acts, I saw P.O.D. That was crazy

Savannah: I know a hardstyle DJ who was into punk music growing up and the simplicity of punk rock directly influenced the simplicity of his own music. Do you have any unique musical influences that played a part in forming the direction you took as a musician?

DUNNOWHO: Yes, without a doubt metal has influenced me a lot. Since I was very young I started listening to metal and I have been a big fan of death metal bands like Job For a Cowboy, Black Dahlia Murder, Thy Art is Murder, among others. That undoubtedly marked my way of understanding music and how I like to express it through trap and bass music.

Savannah: What is one thing that you feel is unique about you?

DUNNOWHO: I love reading horror, mystery and madness stories and I get a lot of inspiration from books and novels to create. I think that inspiration is something I get to express through my melodies and in the sound design for the drops. I’m probably not the only one who finds inspiration in horror books, but it’s something I really like about my creative process.

Savannah: What is one thing that most people don’t know about you?

Multi: I couldn’t speak until I was four.

Savannah: If you could give your fans one piece of advice about their career,  their life, or about anything…what would it be?

DUNNOWHO: Always believe in yourself, trust yourself and your ideas. Remember that you can always be better in everything you set your mind to, just be patient and work hard

Multi: Don’t give in or up, that sh*t will haunt you.

Savannah: Do you have anything else that you would like to say to our wonderful readers today?

DUNNOWHO: Thanks for reading the interview and knowing a little more about me, stay tuned because the best is yet to come!!! If you want to know more you can find me everywhere as @dunnowhomusic. Go stream OZONO on your favorite music platform amigos.