Gerard Way (My Chemical Romance) teams with Tommie Sunshine, Disco Fries, and Wrongchilde on “Falling In Love Will Kill You”

Disco Fries have made a name for themselves on the dancefloor but they also know how to bring the rock. For instance, the group has had high octane collaborations with Nick Hexum of 311 and Raine Maida of Our Lady Peace. Now Disco Fries has recruited My Chemical Romance singer Gerard Way for their newest production alongside Tommie Sunshine and Wrongchilde entitled “Falling In Love Will Kill You. 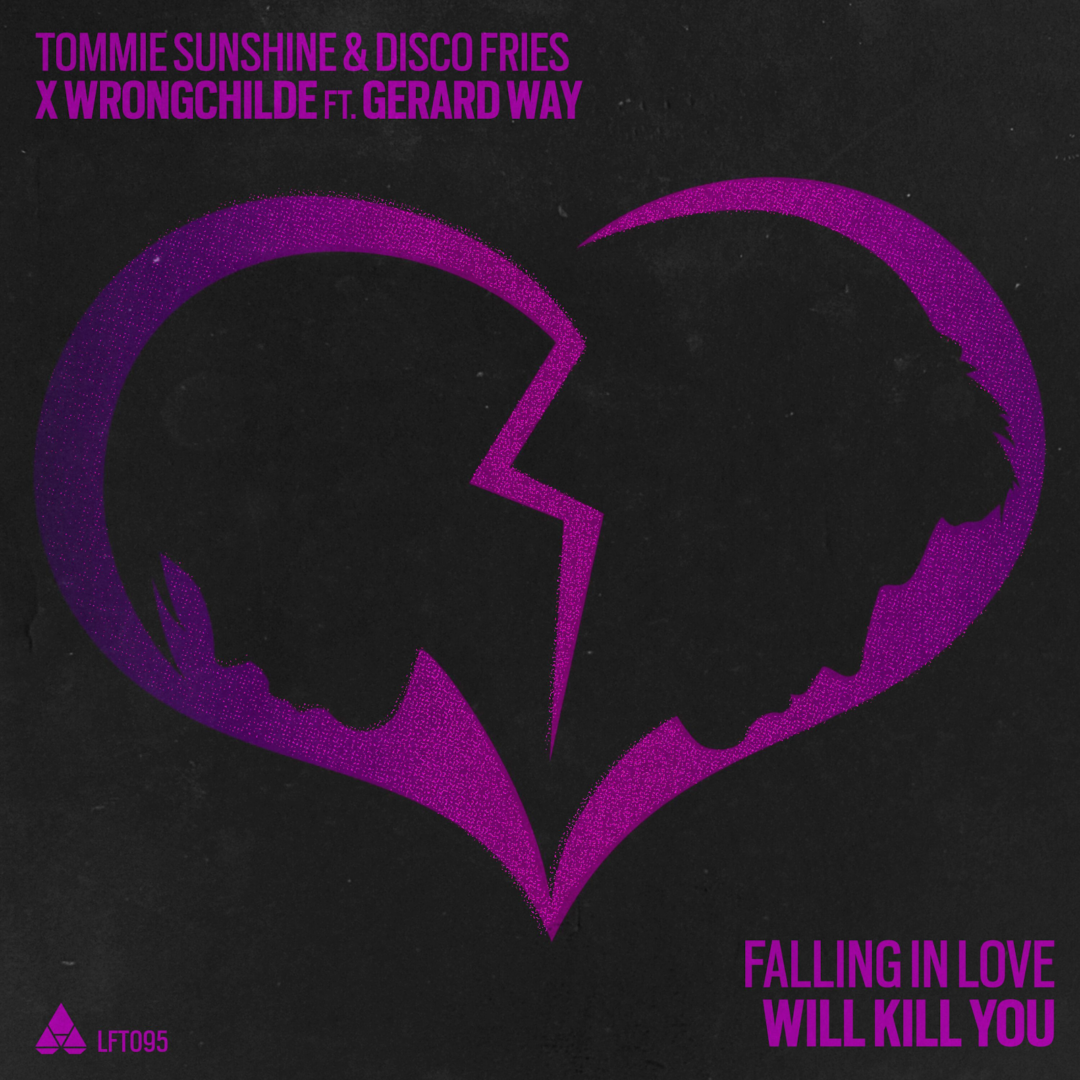 “Falling In Love Will Kill You” thrives somewhere in between a sweaty night club and a packed arena rock show. It’s peak time with lights blazing. This is how it all came to be…

“Sometimes you hear a song & it’s exactly as it needs to be. Other times you hear a song & you immediately know what you’re going to do to it. These vocals from Wrongchilde & Gerard Way are very special & we wrapped them in delicate production to match. We are stepping into an era here with no boundaries so jump on this spaceship with us, let the music wash you clean & leave your Earthbound toils & troubles behind you,” Tommie Sunshine says.

Disco Fries add, “Tommie brought up the idea to us about jumping into this tremendous vocal from Wrongchilde and Gerard Way and referenced the sound palette of a ton of records including Pryda’s “Lillo”. Once we dug in, we kept slowing down what we were creating together so the track had space and felt as patient as the vocal. “Falling In Love Will Kill You” always felt like it was going to be more than just a dance-pop record and we ended up capturing a sound that we haven’t touched before. This song became something we can stand behind 15 years from now, as genres change it’ll still stand the test of time,”

“After Kill Hannah split up, I acted on the Spiderman Broadway show (w Bono and the Edge) and I found myself alone and without a band for the first time in my life. I had to go back to basics, and the first song I wrote on acoustic guitar was “Falling In Love Will Kill You”.  Gerard Way was working on his solo record in North Hollywood, and by some MIRACLE, he was generous enough to come in and lay down vocals, which ended up being a Masterclass for me. He’s a guru. I never imagined it being a duet, but now I can’t hear it any other way. Tommie Sunshine and I have been close friends for 20 years, and he had the bizarre idea of taking this moody ACOUSTIC BALLAD and reinventing it as a dance song with Disco Fries!,” Wrongchilde says.