Tim Digby-Bell, Peter Kriek and Ariaan Olieroock are Cubicolor. The innovative electronic trio follows up their introspective ‘Points Beyond’ with the second single ‘Wake Me Up’. For example, the track is lifted off their upcoming album, ‘Hardly A Day, Hardly A Night’.
Full of organic instrumentation paired with purpose-built synthesizers, every sound on the album is unique. ‘Wake Me Up’ is no exception. For instance, the track utilizes the trio’s unique sound design. In addition, Tim Digby-Bell’s siren-like vocals to tell a story about the impermanence of self-identity.

In 2016 they released their debut album ‘Brainsugar’ via acclaimed independent label Anjunadeep. The album accumulated over 40 million streams. In addition, Mixmag, Resident Advisor, Consequence of Sound and DJ Mag gave the album praise. For example, DJ Mag described it as “a startlingly accomplished debut” in their 9/10 review.
The group was originally an electronic duo comprised of Dutch producers Ariaan and Peter. Cubicolor became a three-piece band with the arrival of British singer-songwriter Tim in 2015. This came after collaborating on breakthrough single ‘Falling’. A published poet and playwright, Tim’s musical upbringing was rooted in playing guitar and listening to Nick Drake. Combined with Ariaan’s encyclopedic knowledge of electronic music and Peter’s love of late romantic classical, they created what Clash described as “a beautiful, haunting fusion of ideas.”
In 2018 the band delivered, and then shelved, their second album…

“It had twelve tracks, a different name, all the artwork was done and a date was set for it to be released. We got home and listened to it, then called each other and decided to drop the whole thing. The next week we went back into the studio and started again. We loved the record we made but for some reason, it didn’t feel right, so we didn’t keep anything, we shut ourselves on the boat in Amsterdam where we work and didn’t stop until we’d written a new album.”

Hardly A Day, Hardly A Night Is Born

The trio went back to the drawing board for a year. Finally, the group now presents ‘Hardly A Day, Hardly A Night’. For instance, the cycles of time and the cyclical movements of the planets inspired Cubicolor. In addition, the new 12 track record weaves together themes of loss, hope, and acceptance. 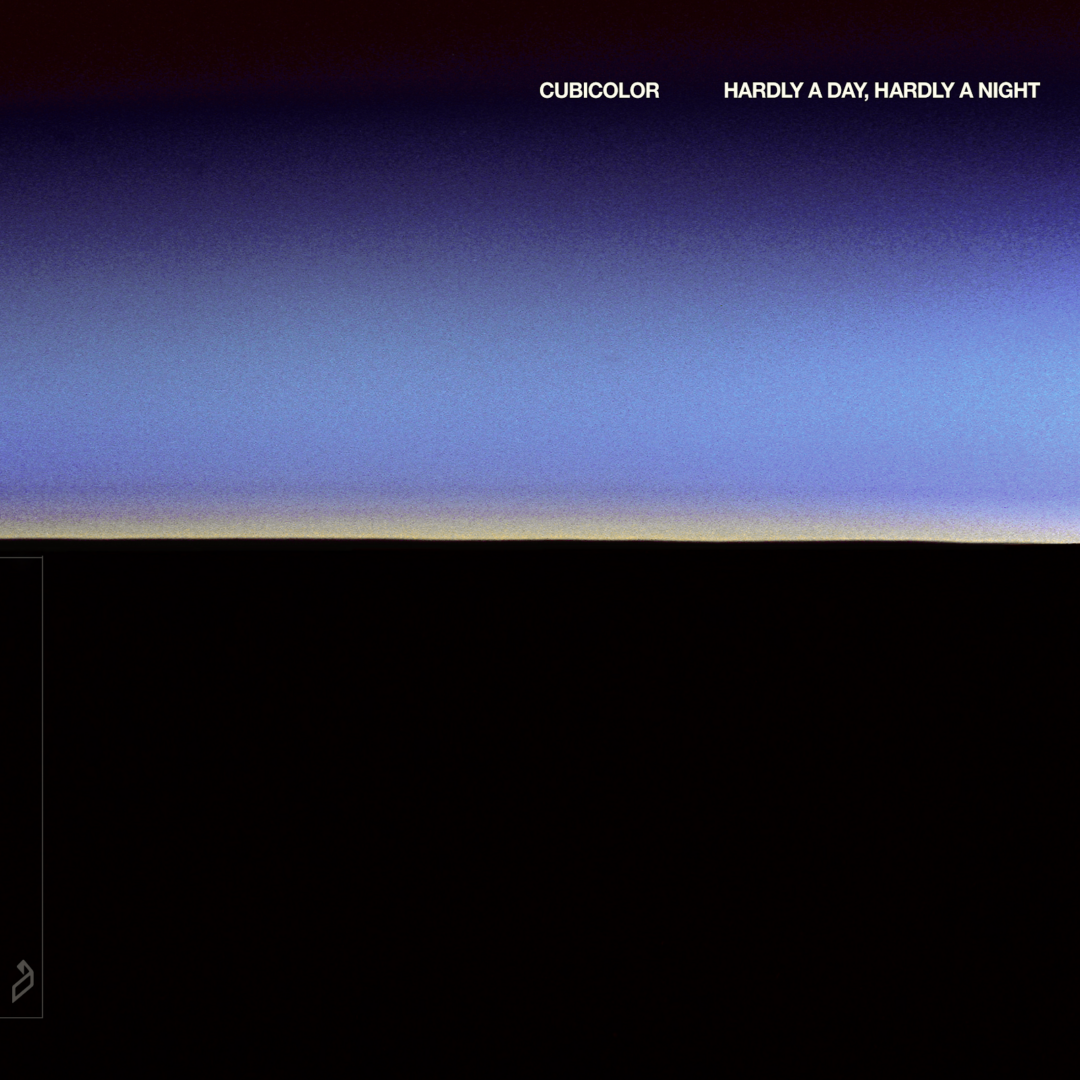 “There were a lot of moments when we weren’t sure we’d ever find what it was we were looking for. On the way, we lost friends, lost loves, battled health issues, lost an album, lost each other and came back together again. It feels like a lifetime has passed but the world keeps spinning and I guess we knew we would eventually find our strength and make the album we wanted to make.”

The album certainly showcases their remarkable production techniques and textured sound design. Cubicolor continues their unconventional rise to the upper ranks of the electronic music world. In addition, the band will celebrate the album release with a listening event in London in February 2020. After that, they will begin taking their live show to festivals around the world in the summer.
‘Hardly A Day, Hardly A Night’ is available to pre-order now, digitally, on CD. In addition, a limited edition 2×12” Mirri board gatefold vinyl, will be due for release 21 February 2019.