Farius’s involvement with the Enhanced label has taken many forms. It all originally began as a production advice/consultation position has since turned into Farius becoming one of the main A&Rs at the label, as well as one of the leading artists in the progressive trance scene.
In 2020, he released an exclusive Pride Month mix with Apple Music. This is all in addition to becoming a household name in Above & Beyond’s Group Therapy and Armin Van Buuren’s A State of Trance. You’ll definitely recognize the tracks! 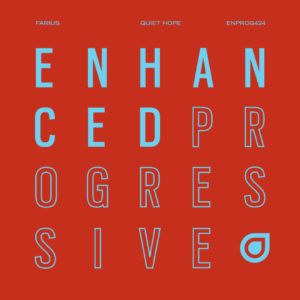 Now, he’s kicking off 2021 with ‘Quiet Hope’. The breathtaking new release from the British producer is a euphoric trance masterpiece ‘Quiet Hope’ is just the start of what’s to come from Farius in 2021. Fans can expect plenty of new music, as well as other creative projects from the producer. Check him out ASAP!

Farius describes the new release: “’Quiet Hope’ feels like a step into the next chapter for me as a producer; no one told me just how tricky it would be to write your first original after the adrenaline rush of releasing a whole album. After months of head scratching, I decided to head back to my classical roots, working with sounds and instruments that I grew up around – and began fusing them with the electronic sounds of trance that I came to love in my twenties.”