Disco Donnie and React Presents reached into the ashes (and mud) this year to resurrect and replace the annual Halloween festival that has raged on at Sam Houston Race Park every year since 2013. Freaky Deaky drew fresh blood with the biggest names in EDM and the production to match. Despite natures’ insistence that the party was doomed, DDP and React personified the determination and creativity found across our festival culture to make sure the show went on. *applause* 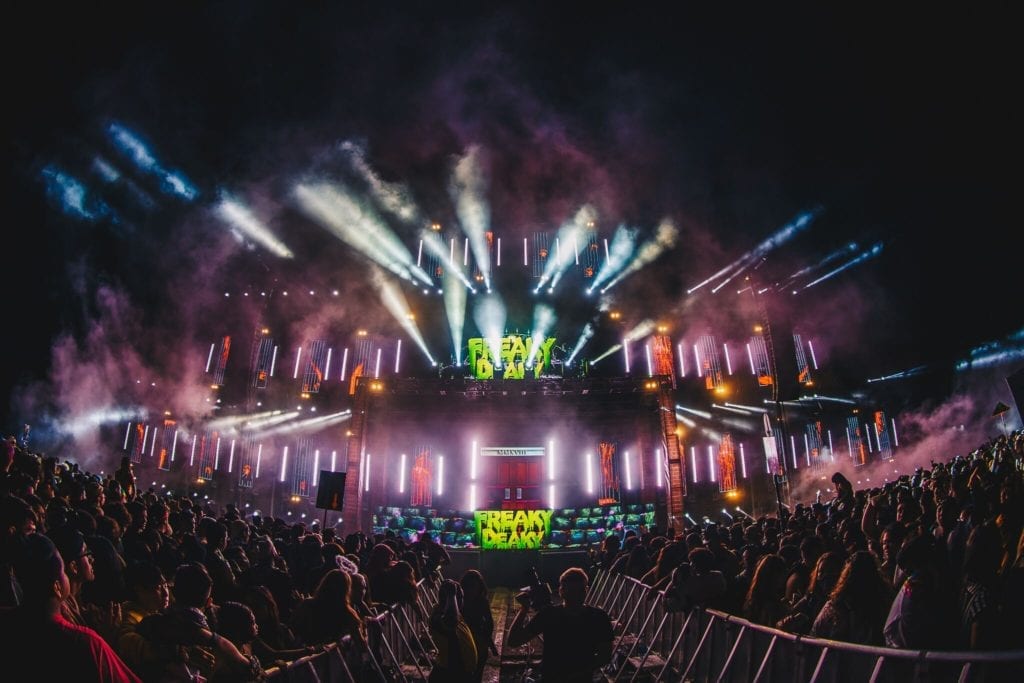 And on it went. Inundating our ears with endless bass as the skies had inundated the ground just days before. As much as could be said about the mud, but it did not stop us. In the end, it proved a non-factor as a solution was devised and the efforts put forth successfully repaired the grounds to a useful condition. Our attention was drawn away from the ground beneath us and the problems behind us to where it belonged, on the music and in the moment. 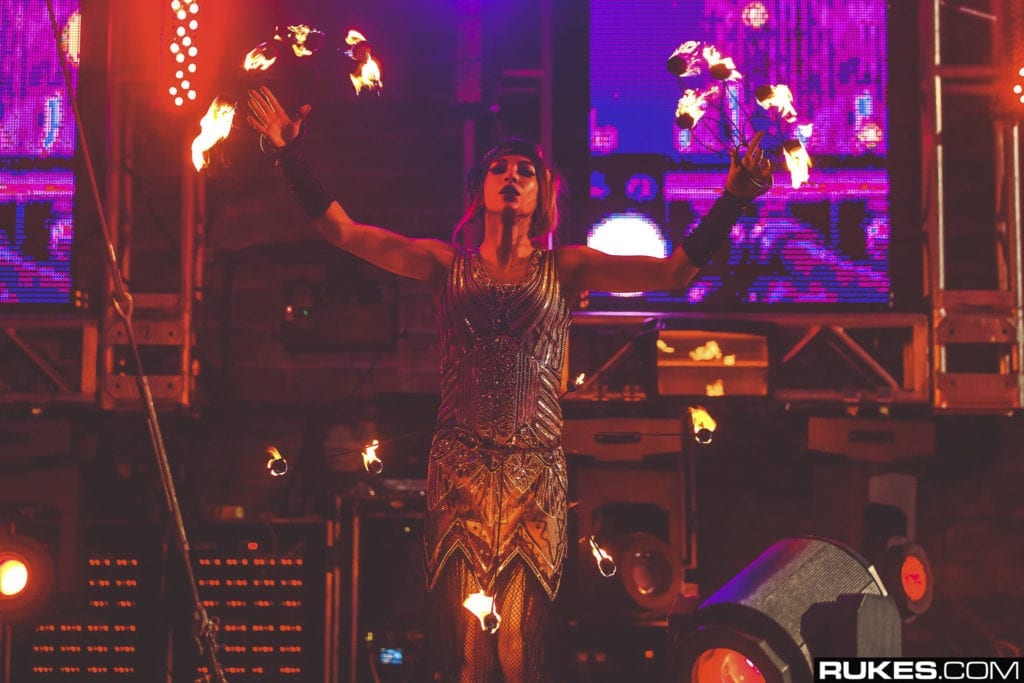 Perhaps it was just my timing but both days parking was painless and even arriving later on Sunday, the walk was not unreasonable. The lines themselves did vary greatly depending on the time you arrived but my wait was around 15 minutes on Saturday and more like 30-40 on Sunday. Security itself was reasonable although on Sunday we were split into guys and girls lines where the girls had a 5-minute wait compared to our half hour. I saw it as an inversion of the normal wait times for bathroom lines so couldn’t really complain. Day one began with a delayed gate opening necessary to finish repairing the grounds following significant rainfall throughout the week but in the end, most took it in stride. 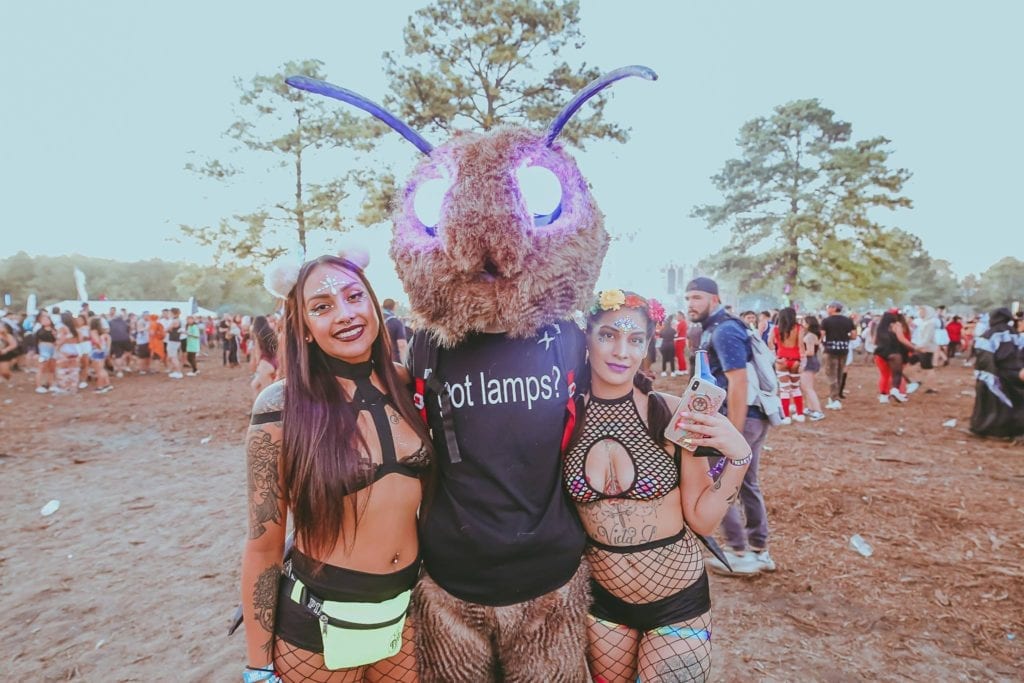 Once we made it through the gates, it was straight to the lockers which were centrally located and easily accessible. Initial impressions while looking around, the decor was on point although there were a few open spaces that may have benefited from additional art installations. It’s hard to say if that was by omission or a consequence of the mud and the crunch time push to mitigate the situation. There was a smell of mulch in the air as you crossed between stages, but as long as that air was vibrating with low frequencies, it didn’t seem to matter.

The vendors were both polite and convenient. As a vegetarian my options are often limited but they definitely made it a point to have vegetarian and vegan options available. Still, the food was good and bad, I had some pizza that was pretty overpriced for the tiny slice I got but also had a falafel wrap from a food truck that was reasonably priced, delicious and filling so I can’t complain. The merch was good as well, I ended up with a Freaky Deaky Frankenstein pin with a third eye and many of the products were both creative and unique. 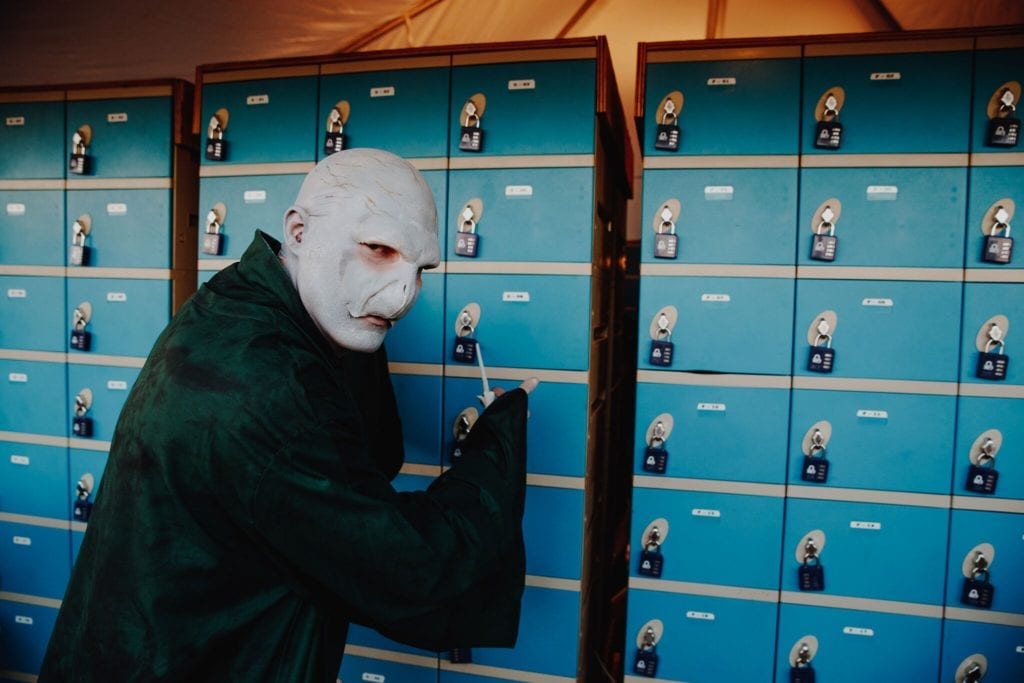 The background story of Freaky Deaky was the monumental effort put forth to save it. Looking at the grounds just the day before would leave you thinking the only appropriate attire would be swimwear. Having had weather issues and cancellations previous years, it was entirely possible this show may never have happened.

That outcome proved unacceptable for Freaky Deaky and over the course of 24 hours, over 100 extra employees moved in 15 semi-trucks of mulch, 5 semi-trucks of plywood and 150 tons of gravel to save the grounds and the festival. 77,500 gallons of water and sludge had to be pumped out and removed before the mulch and gravel could be placed and leveled. On top of it all, Disco Donnie himself could be seen spreading mulch in boots determined to pull it all off. In the end, the herculean task was accomplished, the grounds leveled out and the pathways made safe. 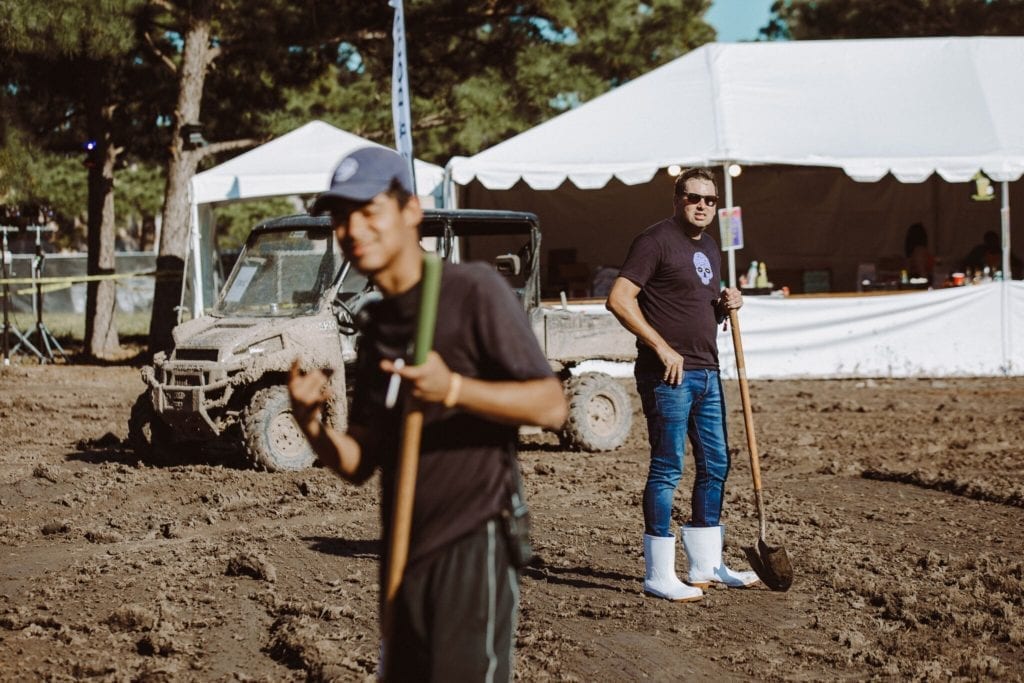 None of the obstacles mattered in the end because the real reason we were there was for the show, and the show was a spectacle from start to finish. I spent a good amount of time glued to the main stage, The Shrine. It was a hard place to leave for many of the sets on both days. Bonnie X Clyde were killing it when I first made it to the stage on Saturday. Only to be followed by Boombox Cartel, Slander, Alison Wonderland, and Porter Robinson and this was just day one. By the time day 2 closed hard with Excision and rinsed off with Kaskade, I had been consistently drowned in waves of feels and rage at that stage and had no regrets. 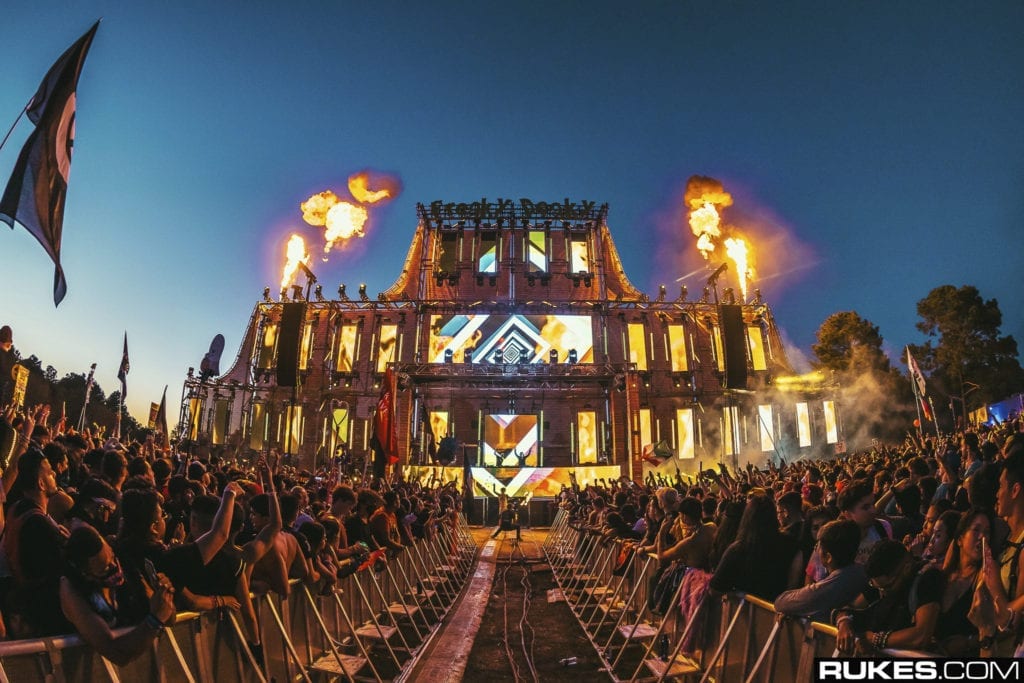 Not to be outshone out by the main stage, The Crypt also held a stacked line-up of festival essentials including G Jones, Adventure Club, Riot Ten, 12th Planet and Zomboy. I made my way into the crowd at The Crypt and was consumed by the energy of it. These people came to get down and were taking no prisoners at all either day. Adventure Club closing out Saturday worked perfectly to get me some much-needed flow time in small pockets of space available only on the outskirts of the area. This stage, like the main stage, was packed for the majority of both days. 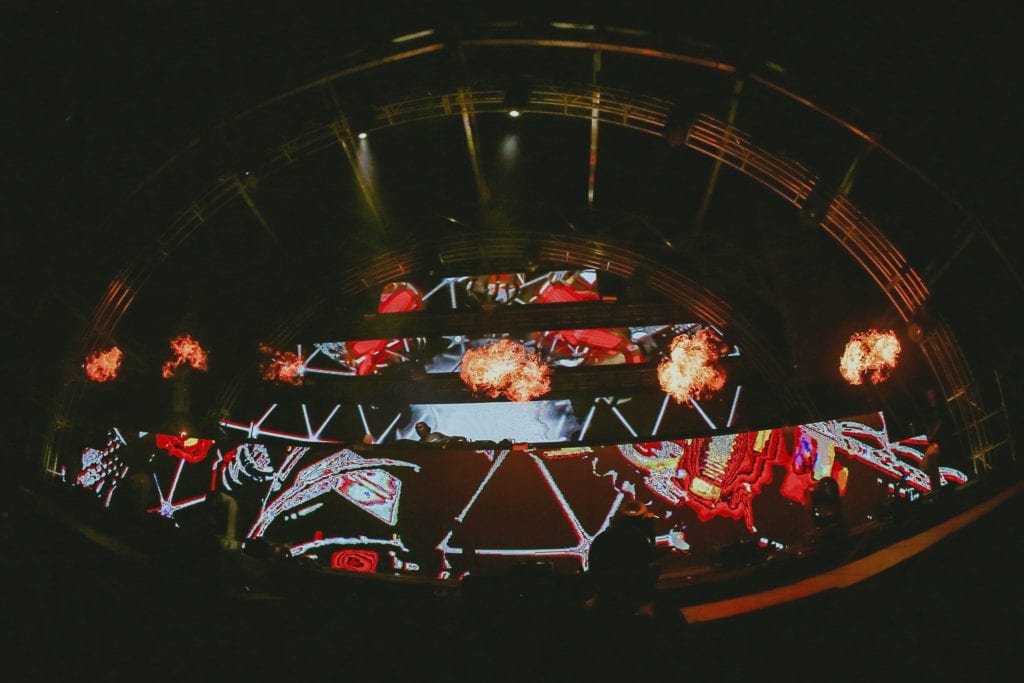 With this year being a sold out show, I had expected there to be more people than Something Wicked last year, but the crowd at Freaky Deaky was immense and engaged and intense throughout. The Rising stage ended up having more issues with flooding and mud than the rest of the grounds suffered and in the end it was difficult for many to get to. Not to be deterred, Destructo, Nora En Pure, Alpha 9, Audien and more still threw it down and captured hearts as the adversity failed to define the show. Some of our local lasers from the team at JD3 Lasers were set up at The Rising and were phenomenal to see, as they always are, frying the air one wavelength at a time. 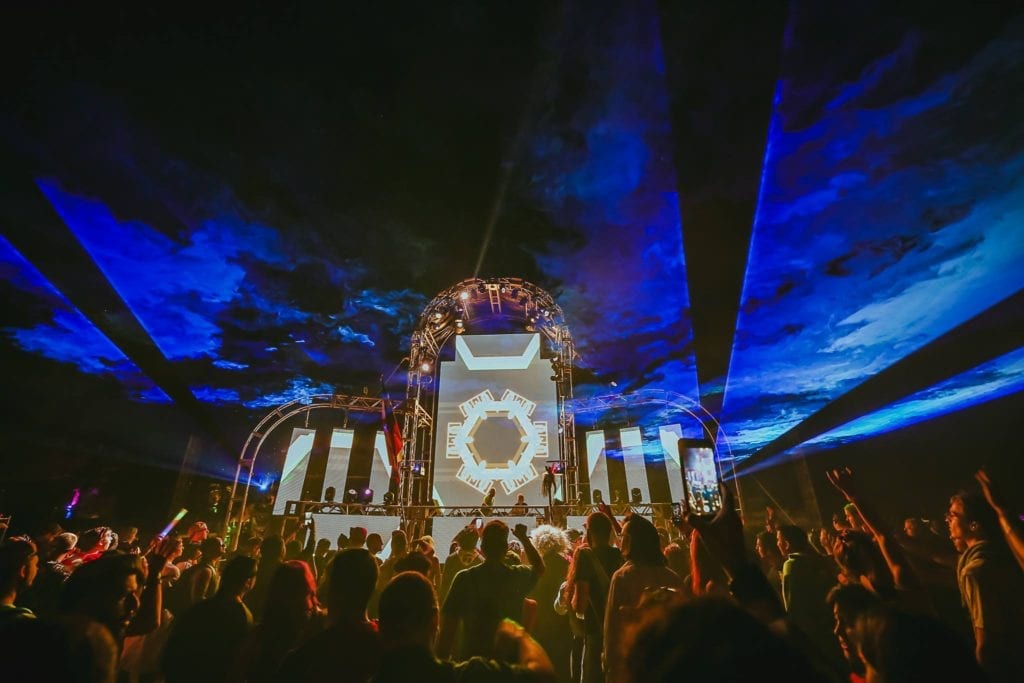 In addition to the 3 stages originally in the plan, this year saw a first for Houston with the addition of a 4th stage dedicated to our local talent, The Haunted Hallow. Knowing several of these artists personally, I can attest to the honor and excitement that rippled through the Houston scene upon hearing the news. This 4th stage was right in front of the entrance, decorated with chains and surrounded by columns and gravestones.

Some of our biggest local names showed up and threw down the gauntlet, and I made sure not to miss my favorites including Atwood, Dru, MonStar and more. Our community rallied around our artists and they showed up to play top notch to the last drop. It was an amazing space and an amazing thing to witness as it came together. Congratulations to all involved, excellent work and thanks to Disco Donnie and the Trillvo team from our community for making it happen. 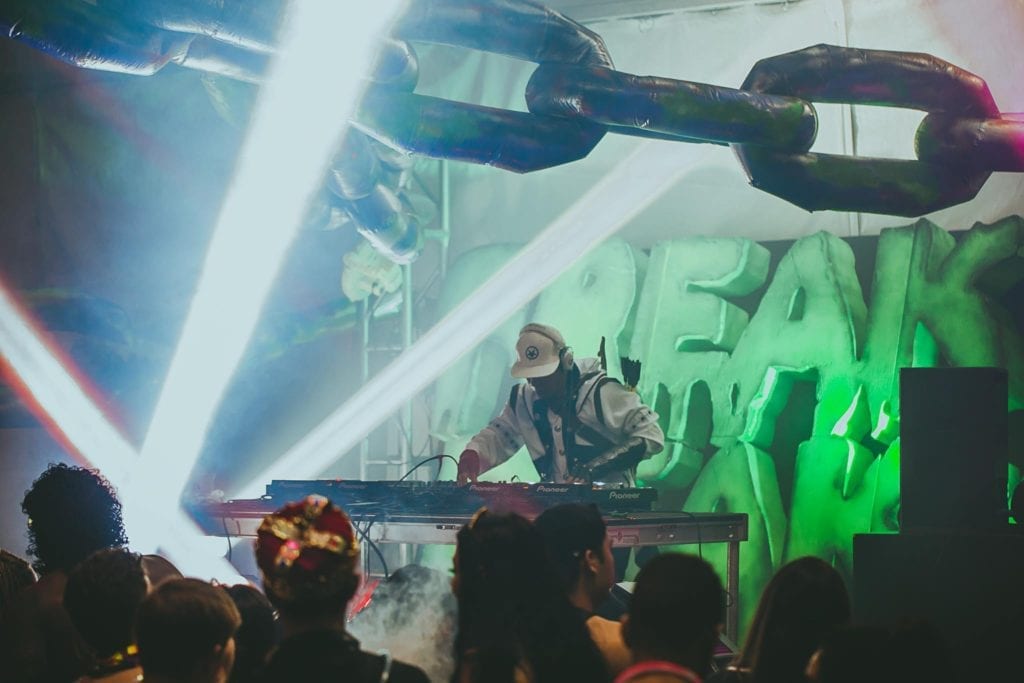 Areas That Could Use Improvement…

Overall, Freaky Deaky was definitely a great time. There was a real risk of it being overshadowed by the complications with the weather, but that is never in our control. The thing that was in control was how to respond afterwards, and for that part the entire production team performed admirably. If you couldn’t find a way to enjoy yourself despite a little mud on your shoe, that issue lies more with you and less with Freaky Deaky. 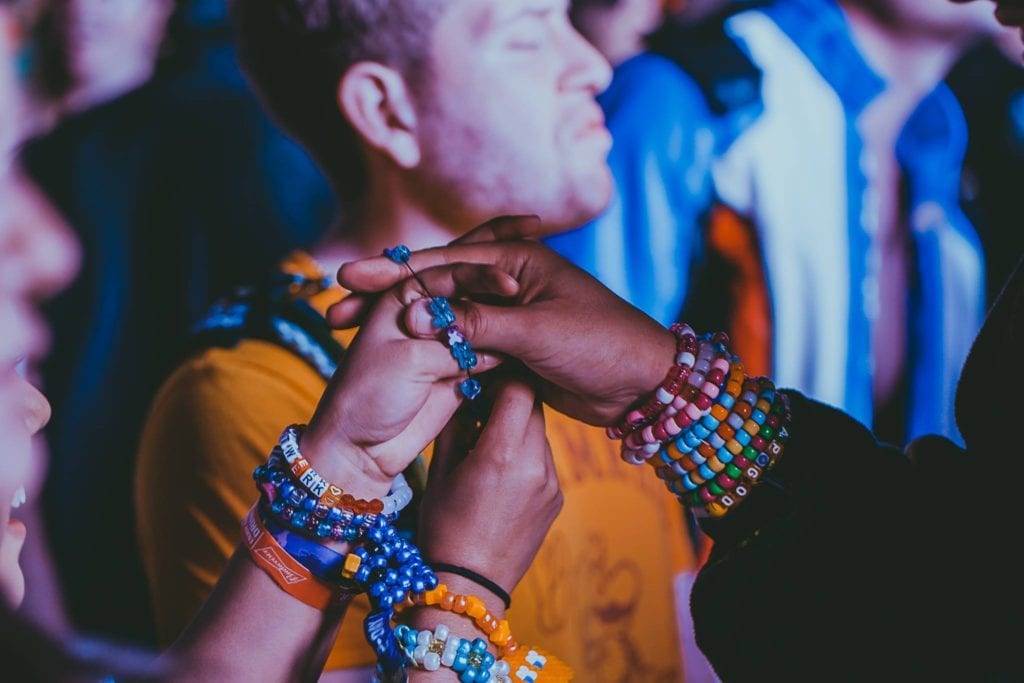 All told, there were a few things that could be shored up to make it even better next year. Among those were the water station… there was only one and while I was there early enough on day 1 to fill my CamelBak, I didn’t have the time for what seemed like a half hour line or more on day 2 meaning I was forced to buy bottles to fill it on Sunday. I also felt like there could have been a bit more in the way of art, one of my favorite aspects of many festivals is the chance to see unique life sized art installations and I feel something along those lines or even something more interactive could have been set up in the large open spaces. Again, the decor that was in place was definitely good stuff, and it’s possible the rain may have hindered the plans by reducing the available area, but other than that I’m excited by the idea of having more unique pieces in more places next year. 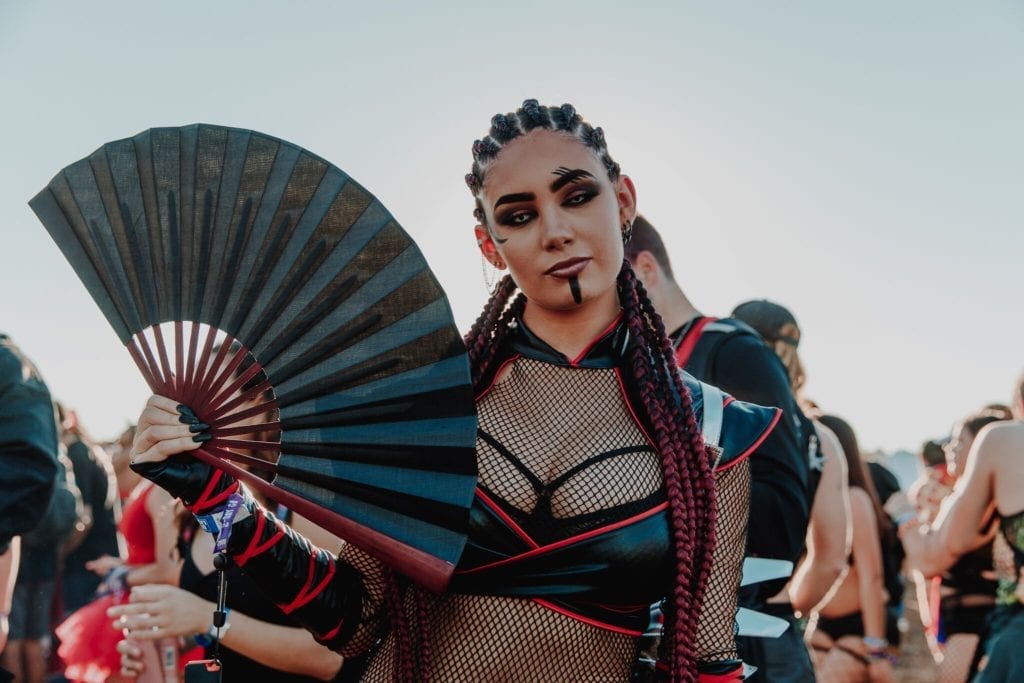 The sound bleed between stages was a hindrance at times, forcing my crew to move closer to one stage or the other. This will always be an issue when working in a limited space, but I do think it was a bit worse than it was last year. This may have been due to changes made to accommodate the muddy grounds but it could also have been due to more powerful sound at the stages or the addition of the local stage. That said, don’t get rid of the local stage, it was amazing. But the bleed is still something to consider for the future. Other than that, I’d suggest more regular checks of the porta-potties mainly just to refill the toilet paper. No one is expecting them to be clean all day but there was a shortage of toilet paper some of the time, reducing the available restrooms for women significantly. 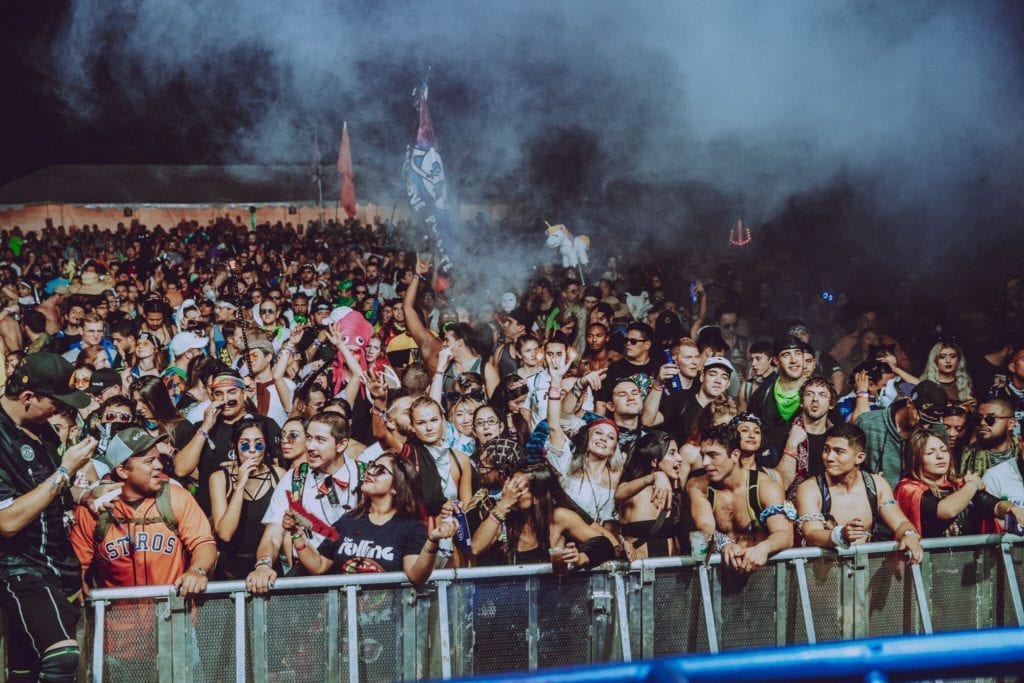 None of those issues were significant enough to impair the fun we had at Freaky Deaky. It was pretty amazing, for most of my friends it was one of their top favorite festivals and we’re used to having more fun at camping festivals. In the end, it was all about the music and the people and that’s what made everything work. Great artists, great sound, and great people and nothing else mattered. Next year it’s going down even freakier. 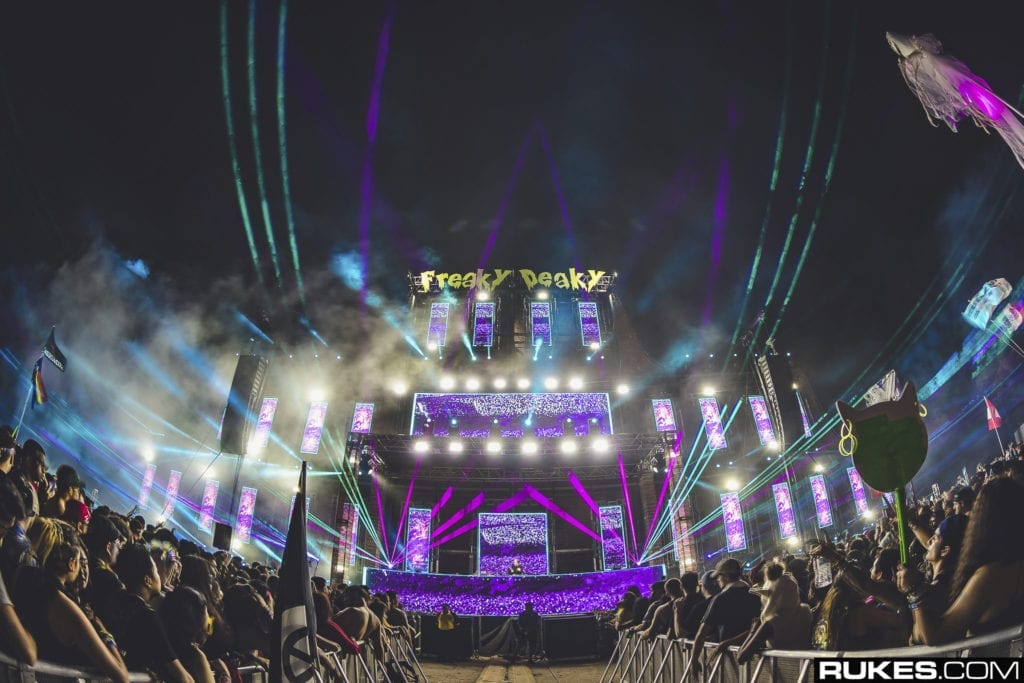