Trigger Warning: This story includes content that may be triggering for some, including sexual assault.

Note: This is a GUEST contributor to The Festival Voice. One of our followers reached out to us and asked to tell their story, anonymously. A few grammatical edits have been made for posting purposes, but the content remains the same. Reminder: This is a story about sexual assault.

I have decided to tell my story because I think it needs to be known how predatory some men can be. With everything happening in the world and the current allegations against DJs, it is important that my story be told. Please note, I am not naming any specific names nor does this story relate to the current situations out there. But I was sexually assaulted at a music festival. I never thought that would happen, because I consider festivals to be a safe space where people take care of one another.

This summer, I was at this festival with my friends. I wasn’t driving, so in my friend’s car, I was slamming shots from a water bottle before going into the festival. I definitely took a few too many. I could tell things were starting to get blurry because I barely remember the DJ I was seeing. The set was a blur. I was having a BLAST but don’t remember a lot.

After that set, I laid down in the grass behind my friends. We were just chilling because this was a daytime festival and so it was HOT in the sun.

I am miss independent, honestly. I didn’t even say anything to my friends and took off to the restroom by myself. Big mistake.

The line was so long and I really had to go. I remember dancing and hanging out in the line and talking to this guy. Things are blurry. I remember talking to him and I remember wandering off with him. I don’t know how I got to where I was, but I found myself back in the canopies. I don’t mean the camping canopies, I mean an area backstage or an artist lounge. To be honest, I have no idea why I followed him. But I do know me. I believe the best in everyone. I think everyone is my friend.

I remember talking to this guy. To be clear, I don’t know who he was. I was a drunk mess. I remember getting some more drinks with him, which was stupid because I was already messed up. He kept trying to convince me to hook up with him. I had a boyfriend at the time and would never do anything to him. Once he asked me to hook up, I realized, my friends didn’t have a clue where I was. They were probably worried. I remember trying to leave but he kept trying to convince me to stay.

I woke up underneath a table. There was a tablecloth and I had no idea where I was. That was when I noticed my shorts. They were unbuttoned and yanked down. I had them pulled most of the way back up but they were a mess. I realized that something good might have happened. I quick, checked, and I still had my phone and my wallet, thankfully. That hadn’t been touched.

I saw one of my friends right away. Thankfully, they happened to be using the restroom and I exited near those restrooms. I ran to him, hugged him, and started bawling. He asked me where I had been and I just kept crying. I kept saying, “I’m not safe.” He took me back to my other friends and I spent the rest of the night laying in my friend’s lap, crying and saying I wasn’t safe.

I am sharing this story because it is important to me. I can’t say a specific person did anything, because I don’t know who I was with. But I blame myself. I wish I hadn’t gotten so drunk. I know that it doesn’t make it my fault because no one deserves that even if they are drunk, but I learned my lesson. I haven’t been that drunk since that day. I’ll have a few drinks but I don’t drink anywhere near as much because I blame myself for getting myself into that situation.

I was blackout drunk, possibly drugged, and possibly the victim of sexual assault at a festival. It was by somebody important in the festival world because of where I woke up. This scares me silly. All these allegations against DJs scare me, because it happened to me. But again, I don’t have a clue who it was because of my intoxication level. I never thought this would happen to me.

Be safe, ladies. This is a scary world and sexual assault does happen. Despite what you think, you aren’t safe anywhere. Always protect yourself from assault. Thank you for listening. 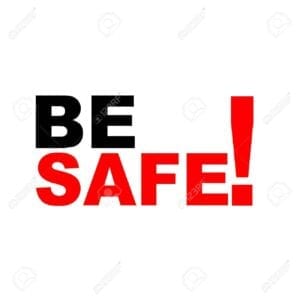 If you have a story you would like to share, please reach out to us on social media or email us at Editor@TheFestivalVoice.com