You ready for an epic new release from Circus Records? For real, they always give us the fire. Denver’s Jantsen presents his debut Circus Records EP ‘Gutter Juice’, featuring his two recent Circus collabs and two previously unreleased solo heaters. Gotta say, I enjoyed vibing to this one, for sure.
Jansten has been fully immersed in the dance music scene for over 15 years. As a result, Jantsen has built up quite a reputation. With his dynamic and diverse sound, the DJ and producer has been influenced by all different scopes of music. For example, this includes jazz, blues and funk, to rock, hip hop, and world music. This means that his sound is unique and exciting, which is clear in his new EP. For real guys, this is one you’ll want to check out ASAP. 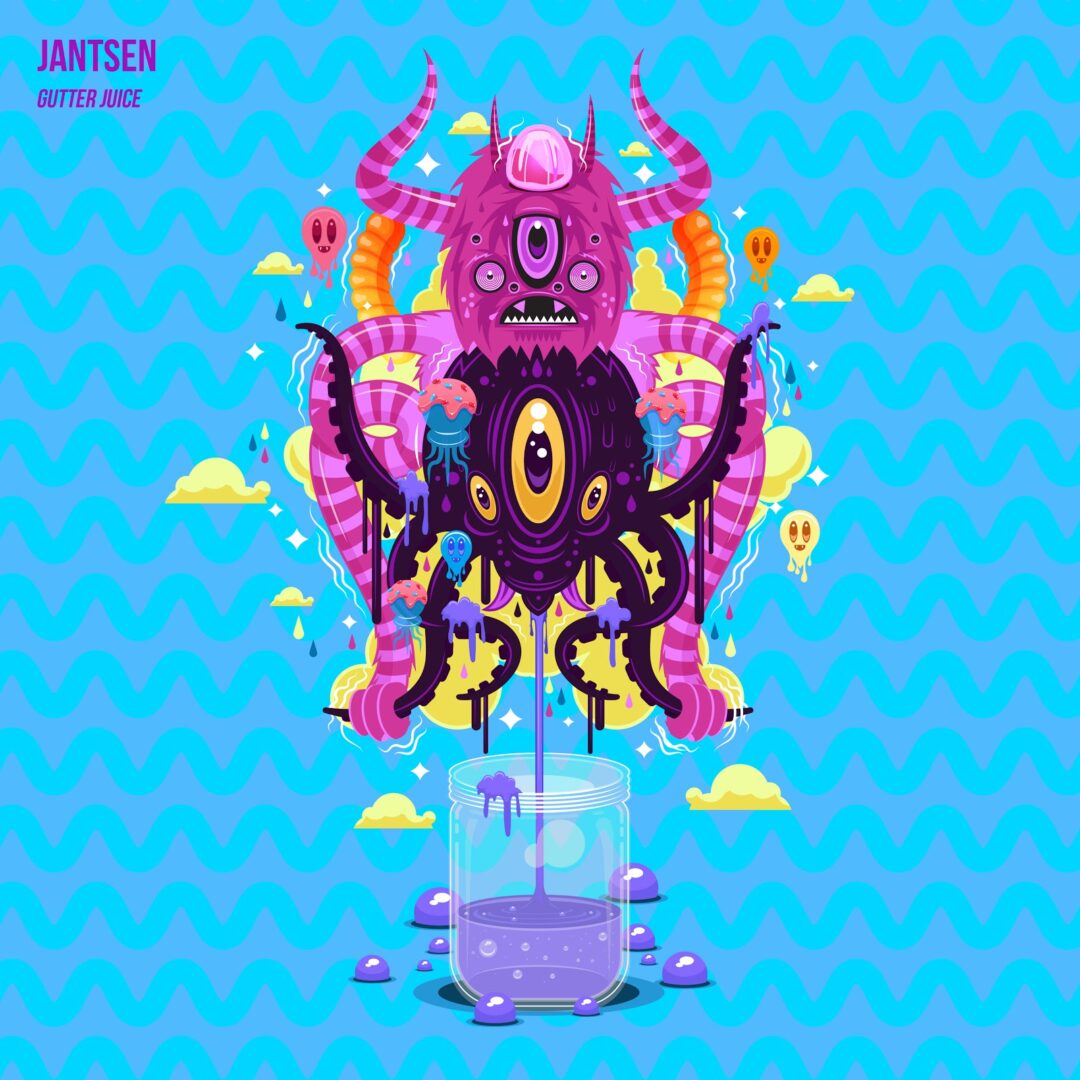 About Gutter Juice and Its Tracks

‘Jiggle’ shows Jantsen shine solo with this massive dubstep opener. Another new track for fans to sink their teeth into is the huge ‘Step In Time.’ This features trumpet player and producer Balkan Bump. To be honest, I had read over the info on these tracks before listening and I was unsure of how the trumpet would be incorporated, but honestly, I was pretty impressed! Will Magid aka Balkan Bump fuses live instruments, world influences, and lush electronic production. In addition, he has collaborated with Gramatik and Talib Kweli and has performed at Coachella, Bonnaroo, Lightning In A Bottle, and Electric Forest festivals.
Jansten is no stranger to collaborating. For example, the Colorado native has previously worked with the likes of Bassnectar, Dirt Monkey, and Luzcid. So, it comes as no surprise that the EP contains some massive collaborations too. They’re pretty epic too. In February of this year, Jantsen teamed up with Chime to release their hit ‘Blazin.’ This track garnered support from the likes of 12th Planet, Dirtyphonics, Excision, and Downlink. In addition, the previously released track ‘Got Dat’ is featured on the EP. This is the single which saw Jantsen collaborate with TVBOO. Overall, it was well-received with fans, media and DJ peers alike–with Zeds Dead, Run DMT and Crizzly all showing their support
Out now on Circus Records
Support on all platforms HERE