Emma Sameth and Taska Black collaborate on this deeply emotional and lyrical track, Heavy Hearted. The duo works together flawlessly

“Heavy Hearted” tells the story of someone whose identity has changed to conform to modern life. Emma explains hovtw she is “longing to present the version of myself to the world before I became jaded, hurt, and cynical, as if that would make me more lovable or attractive in some way […] Coincidentally, writing and listening to this song actually helped me recognize that part in myself—the one who often considers the past as rosy and perfect and the present as consistently flawed—which luckily gives that habit less hold” 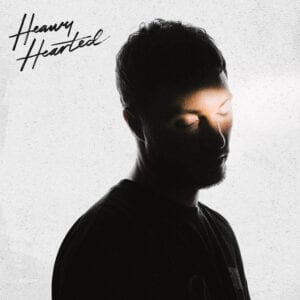 Taska added, “When I first heard the demo that Emma initially wrote it felt like she was explaining things in my life that I hadn’t been able to put into words yet. I sat down and started playing piano over the vocals and the lyrics and the story connected so naturally with me that the music almost wrote itself in my head.”

The sentimental lyrics and melancholy melody come together to stir emotion. “I intentionally left a lot of space for the vocals to breathe, it almost makes you reflect on your own life while listening” Taska says.

But this wasn’t all for Taska. He spent tons of time on his own personal released as well. He kicked off the year with Comedown (3MM streams) which was co-written by Solly. Following that, Billboard Dance/Mix Show Airplay featured Taska because of his track Easier (1.2MM streams) This track was a collaboration with Emily Vaughn as the debut release on new Proximity/CMG label venture Alinea. SiriusXM BPM, KNHC, iHeart Evolution, Music Choice Dance, and more played the track on their regular rotation. However, its peak position was at #11 on Mediabase and #19 on Billboard. The song was also placed on Spotify’s NMF Belgium #6 (with a physical Billboard), Dance Rising, Dance 360, Hot New Dance, Feeling Good, Feeling Great #9, on Apple Music’s Dance Pop Hits and New Music Daily, on Amazon Music’s Fresh Dance, and on Pandora’s Game Time playlist. Talk about exposure.

Finally, Taska then closed the year with single Found Myself (500K streams) on STMPD RCRDS with Belgian-American singer-songwriter Tessa Dixson. This was sure a single to remember. For instance, the single received editorial support from Spotify’s NMF Belgium #5, NMF Denmark, Winter ’21, Fresh Pop, Tune In!, Apple Music’s New In Dance, and Amazon Music’s Fresh Dance (US, AU, Japan, Canada, UK). The record was also successfully brought to radio and saw pick up from major local radio stations in Belgium such as Tipik (Pure FM), BNL, Radio IRO, Pacifique FM, Radio 2 and more. In true Taska fashion, always accompanying his singles with acoustic versions, he recorded and filmed a live version of this record in Antwerp and included a local professional string quartet. How awesome is that?

Now Taska has returned opening the year with “Heavy Hearted” now live on all platforms accompanied by a stellar lyric video premiering on his Youtube.

Out on Friday, March 5th