Ready for one unforgettable festival in Cali? The Mill Valley Chamber is announcing today the full music lineup for its annual springtime Mill Valley Music Festival, which expands to two days this year on May 13-14. It’s going to be a BLAST!

2-Day GA (starting at $219+) a 2-Day GA PLUS ticket (starting at $339+) and 2-Day VIP tickets (starting at $449) are on sale via MillValleyMusicFest.com, although fans are encouraged to act fast as the initial batch of blind presale tickets sold out in advance similar to last year’s inaugural festival. That’s always one of the best ways to get tickets! 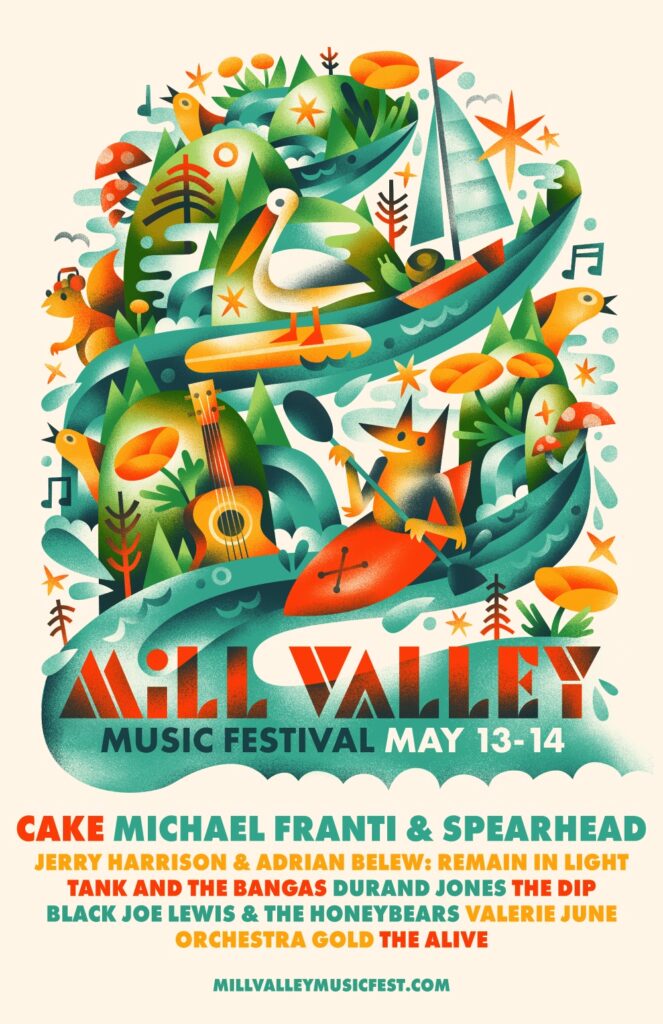 Attendees of ALL ages at this year’s two-day weekend celebration that remains chock full of music, art, and local culture will be treated to headlining performances from a pair of NorCal rock legends – Oakland-born singer/songwriter Michael Franti will be joined by his long-standing band Spearhead, while alt-rock pioneers Cake formed in nearby Sacramento.

And that’s not all because New Orleans’ very own Grammy Award-nominated and former NPR Tiny Desk Contest winner Tank and the Bangas will also grace the Mill Valley main stage, as will Jerry Harrison and Adrian Belew’s REMAIN IN LIGHT, a special concert series featuring former members of Talking Heads; Seattle seven-piece The Dip; retro-soul revivalist Durand Jones; southern soul singer Black Joe Lewis and his multi-talented backing band The Honeybears; and Grammy-nominated Valerie June, a folk-soul singer known for her unique blend of Appalachian music. It’ll be a treat, that’s for sure!

Rounding out the 2023 lineup includes Oakland’s own African psych-rock band Orchestra Gold and multi-piece Mill Valley student residents The Alive – both of whom further the festival’s commitment to supporting local arts and culture. The full music lineup is listed below and available online at MillValleyMusicFest.com. Ready to join in on the fun? Check it out!