Home Bass, put on by our friends at Music Festival Trips, is an entire resort dedicated to making your festival week/weekend amazing & unforgettable! Nearly round the clock curated events including beats & brunch, pool parties, & after parties all happening at a resort filled with your friends & fellow festival go-ers. Oh, how could I forget they also offer shuttles to/from the festival as well so no need to rent a car, draw straws for a designated driver, or mess with ordering Ubers/Lyfts.

Checking in was a breeze! The only slight snag we had was that our larger group of around 35-40+ rooms was promised an entire floor or two so we could all be together. Upon arrival this was not so, however, after talking with the primary event coordinator he was very helpful & able to rearrange things so that we were able to all be together for which we were VERY thankful!

“What’s better than a bunch of girls in bikinis, great beats, and warm weather?!!” – Cole

The daily pool parties featuring popular DJs including Bijou & Sam Feldt were a blast! Mix & mingle in one of the two resort pools. The smaller of the two pools was heated while the other larger pool was complete with a waterfall, TONS of beach balls & several giant pool floaties to lounge on. The only thing left to be desired here was some type of seating for those who didn’t want to be in the pool or have to stand around the pool.

“Similar to Vegas pool parties with its own twist.”– Lucio 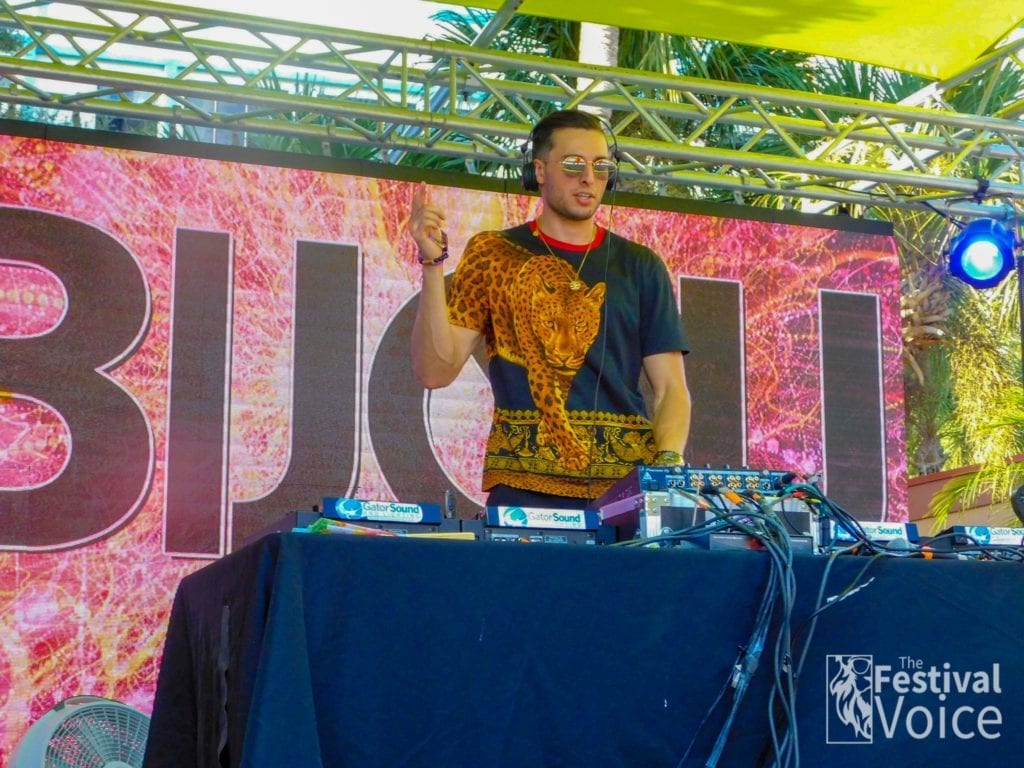 The festival has to end, but the party doesn’t.

Following the conclusion of EDCO, we all headed back to Home Bass where most of us made a pit stop in our rooms to clean ourselves up a bit & change out of our festival clothes before heading over to the after party which raged on until an impressive 4 am! One thing myself & many other people appreciated was the music options to choose from in 3 different rooms.

“I loved the setup, how each room was a different genre: bass, house, etc.” – Manny 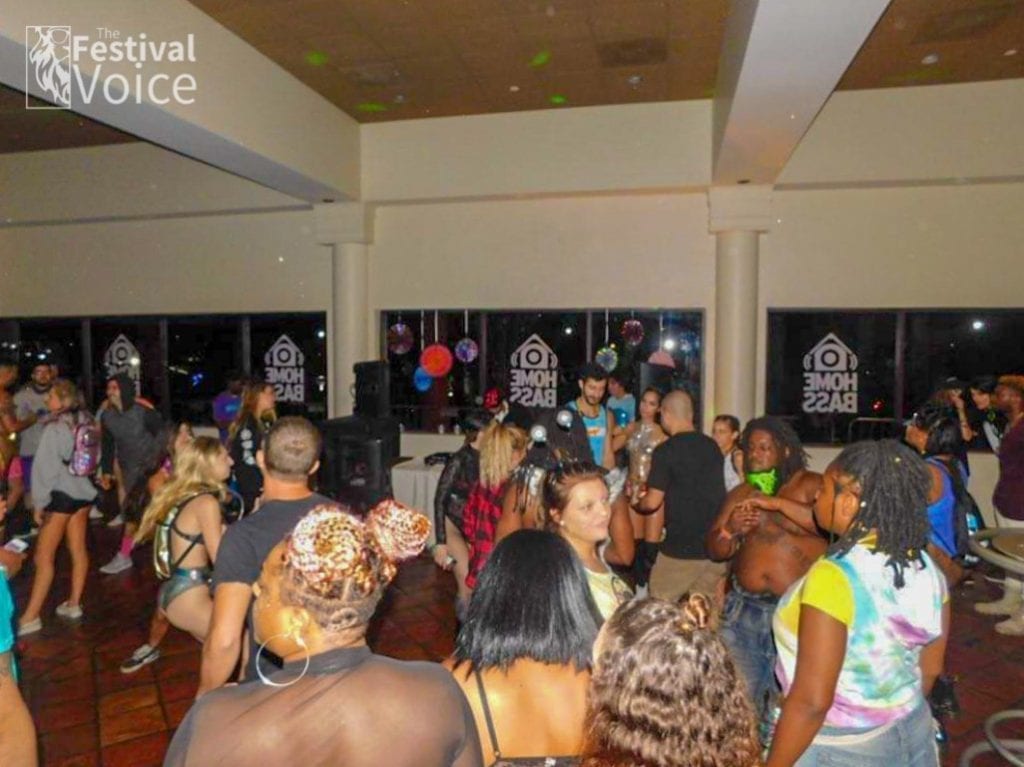 In my opinion, they could’ve done a little more in terms of design & lighting for the after parties. UV/black lights & a couple of lasers in the main room, followed by some very basic Christmas lights decorating one of the DJ booths in another room was about the extent of the “decoration/design”. While there was definitely room for decor/design improvement people were more concerned & irritated with the process of getting drinks. Waiting in one arguably long line of purchase drink tickets then waiting in a separate line to actually order the drinks was inefficient, to say the least. Despite the hassle of getting drinks & the lighting/design/decor that left much to be desired, the after parties were still a TON of fun & a great place to make new friends & continue partying! 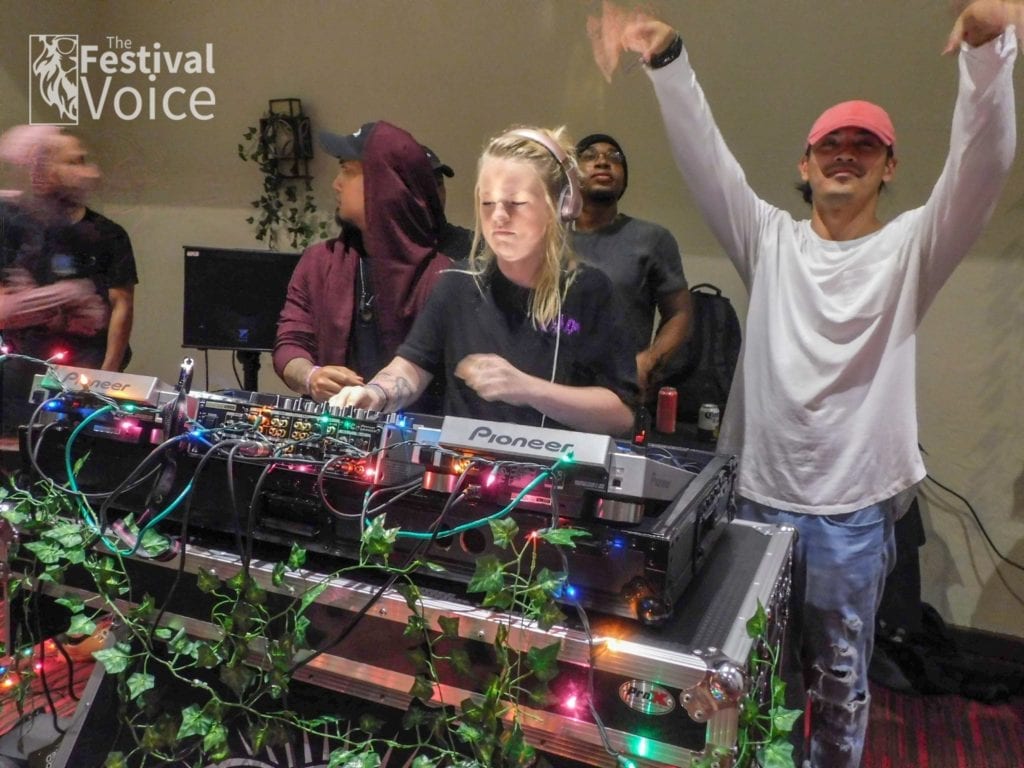 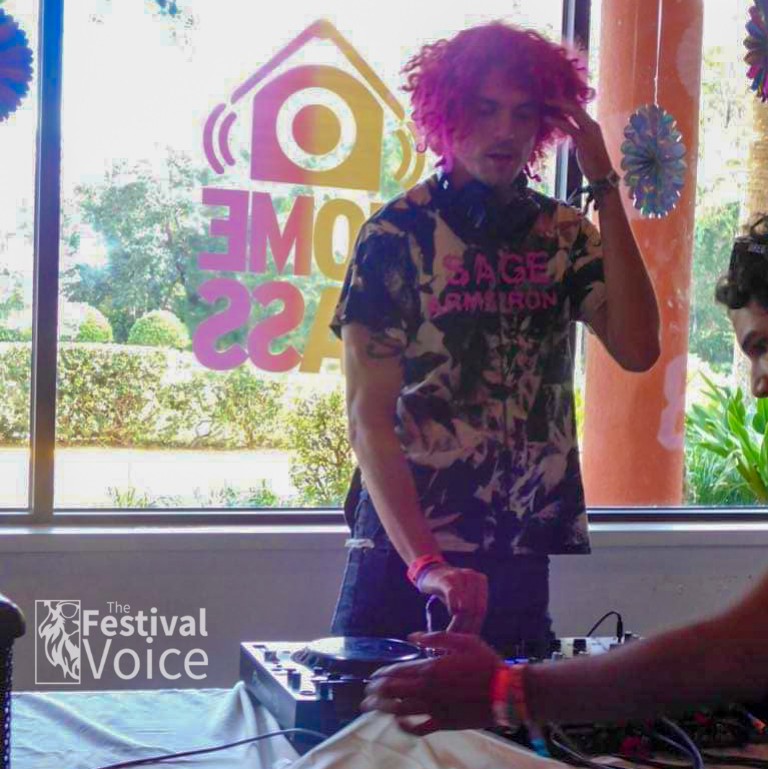 JUST what the doctor ordered to refuel & recharge after a long day/night of partying. Complete with a smoothie bar, 4-5 different fruits, yogurt, potatoes, eggs & pancakes it offered a pretty well-rounded breakfast & house beats to get the day started! Nearly all guests I spoke to said they wish it would’ve lasted an hour longer, ending at noon instead of 11 am. Those guest I spoke to who purchased the VIP shuttle & party pass also suggested that including 1-2 alcoholic drink tickets at brunch would’ve helped make the VIP pass worth the money.

“Beats and brunch was my favorite experience at Home Bass. I loved waking up and feeling like the party never ended. Food was delicious & convenient to take snacks for later.”– Kevin

“I really enjoyed the smoothie bar that was available but purchasing drink tickets was a little confusing & annoying.”– Mark 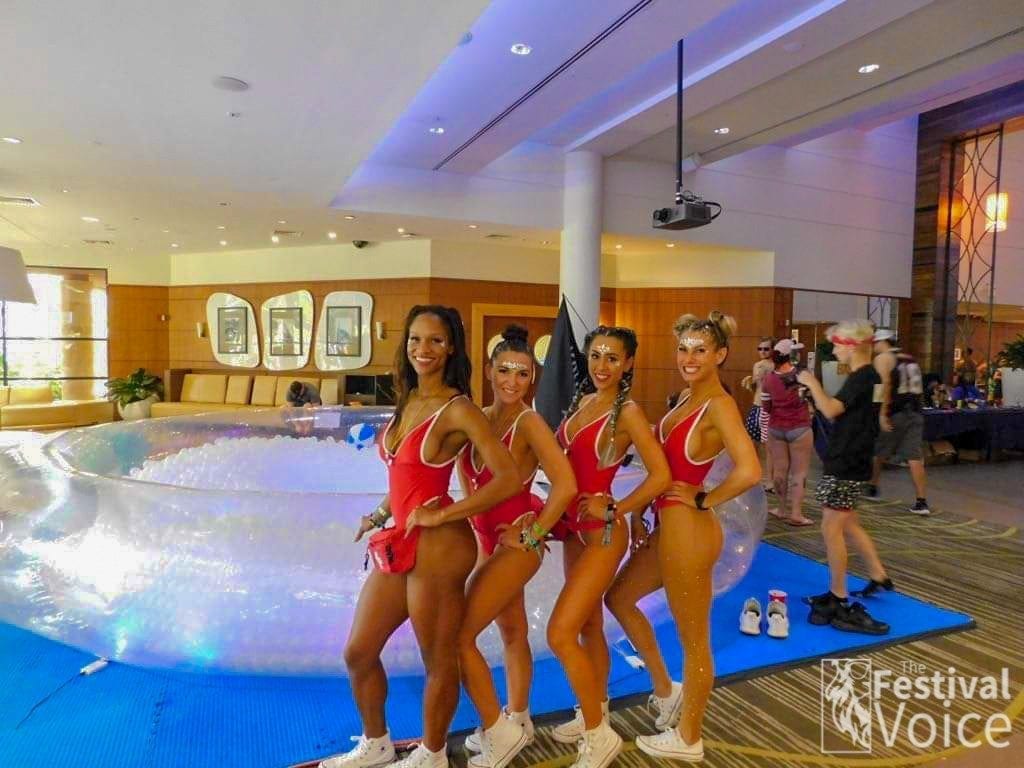 Shuttle service to & from the festival was available for purchase & it was TOTALLY worth it! There were two options general or VIP. Everyone who did the general shuttle was pleased because it made transportation to/from much easier & more convenient, although there was, unfortunately, one shuttle bus that didn’t have AC making for a fairly uncomfortable ride. VIP shuttles offered more of a party bus vibe including a stripper pole, EDM music on blast, party lights, & alcoholic beverages (beer, vodka, champagne).

While most people enjoyed the VIP shuttles many said it was not worth the money they paid. Mark & Amy said, “It was great for getting to the event with alcohol, but we always took the regular busses back at the end of the night. We tried to take a VIP bus back the first night and was informed by the driver there was no alcohol on the bus and we would be waiting likely hours before his bus left as all of the other busses had to fill up first.” 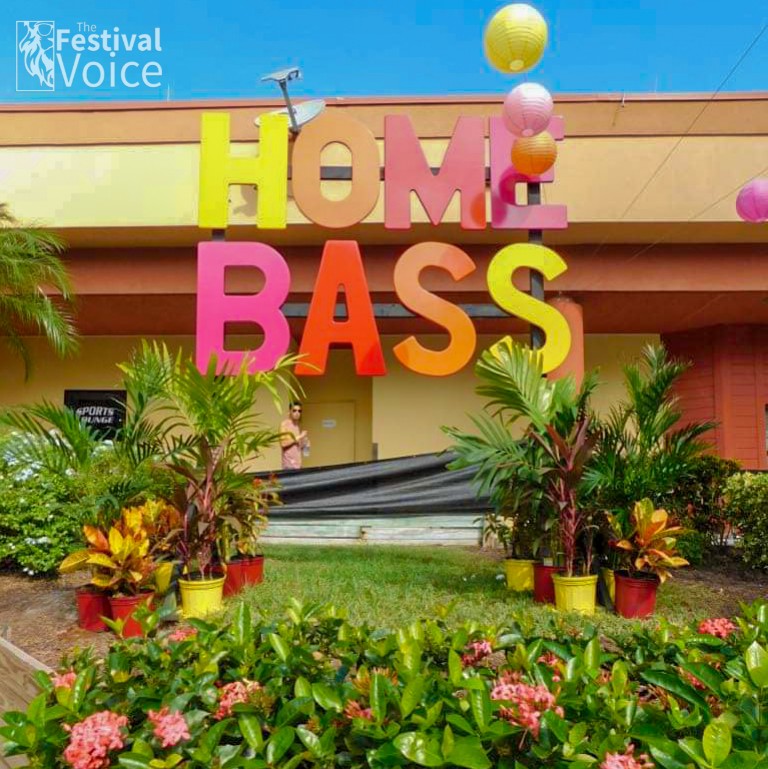 “Home Bass was honestly such a great experience! It placed EDC Orlando over the top & I can genuinely say it made EDCO as a whole, more fun than EDC Vegas.” – Jackie

One thing I was surprised to learn after talking to so many people about their Home Bass experience was that I didn’t meet a single person who made it to any of the workshops. Maybe next year they could take some of the funds/resources used for those workshops & put them towards improving the after parties, brunch & VIP party pass/shuttle services instead? Overall I think Music Festival Trips & Home Bass are doing really great things! I think they have an amazing vision & goal to enhance & maximize peoples’ music festival experience. As with any event, there is always room for improvement & I’m excited to see this one grow. Many of us will definitely be staying here again next year, including myself!