I drove all the way from California to Colorado by myself for this Illenium show and I’d gladly do it again.

This was Illenium’s first ever headlining show at the Red Rocks Amphitheater in beautiful Colorado, one of my favorite states to visit. The only thing more impressive than his performance was the fact that he sold out the venue in less than 48 hours! Now to put that into perspective, the venue’s maximum capacity is 10,000! I was fortunate enough to get tickets with my pre-sale code.

Although all my friends from California had to skip the event for financial reasons, I was not about to miss a performance by my favorite DJ. This was also going to be my first event in Colorado, so who better to see than Illenium? 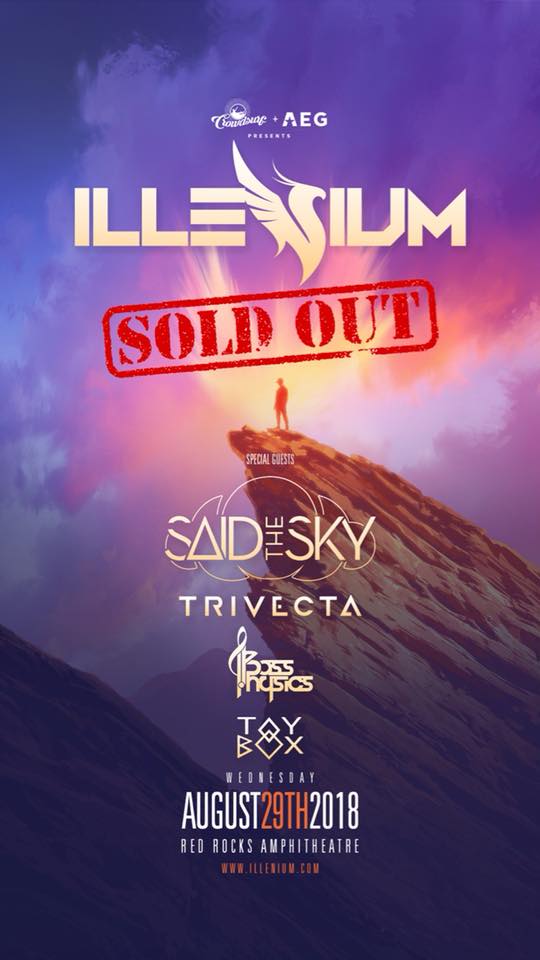 Stacked Rows Of Fans For A Stacked Lineup

It’s no secret that I was most excited for Illenium to perform, but the lineup didn’t have a single artist you’d want to miss! Other acts for the night included Toy Box, Bass Physics, Trivecta, and Said The Sky, who recently released his album Wide-Eyed to much positive feedback.

This was my first music event in Colorado and all my friends who had been to Red Rocks in the past constantly praised the venue.

The seating was set up like a theater, with long rows filling the venue top to bottom, and the early arrivals were able to snag some of the best seats to view this incredible show. 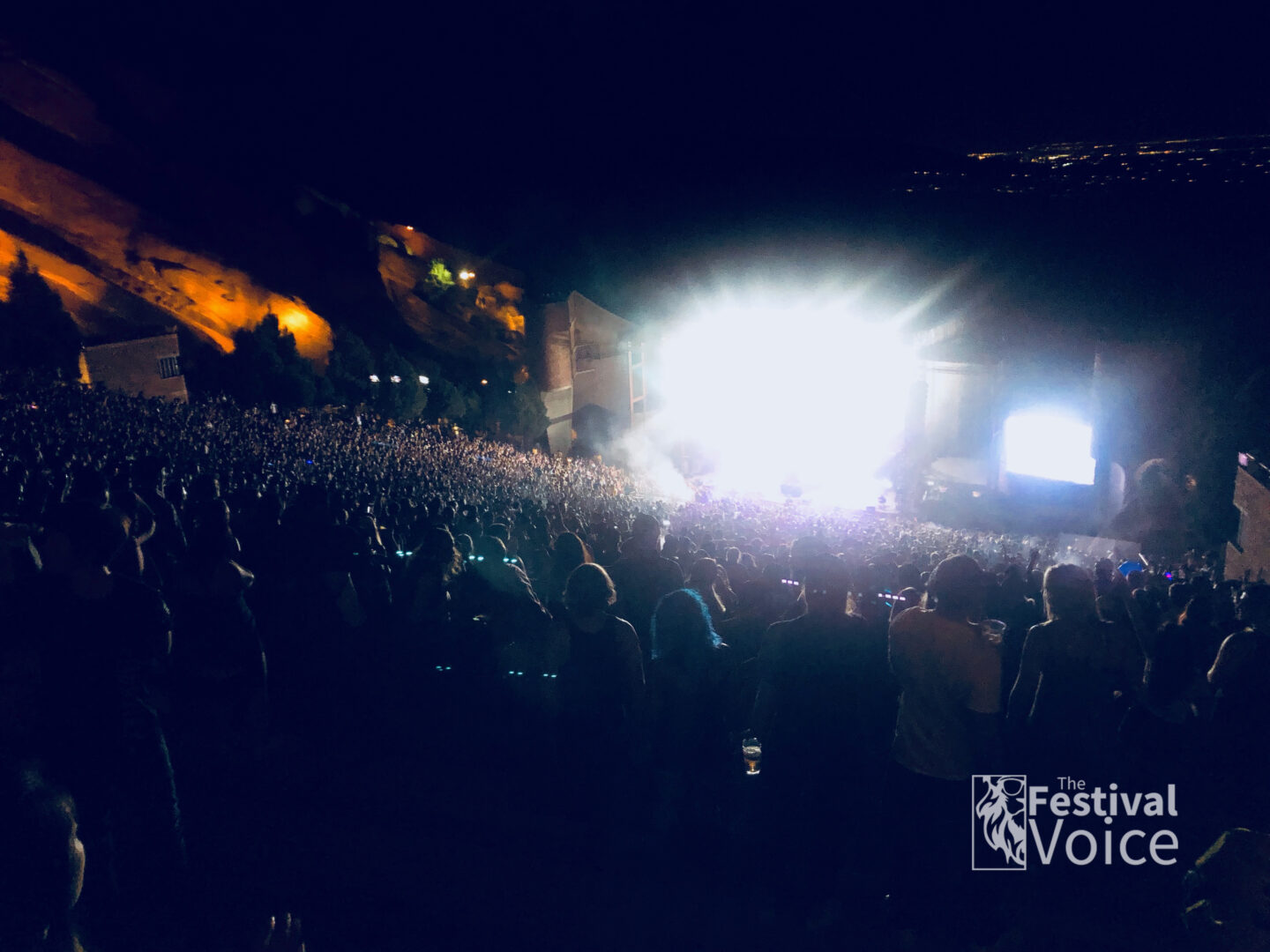 More Instruments Than Most Bands!

After hours of incredible warm-up acts, Illenium took to the stage with his signature live Awake performance, but this time with the addition of KJ Sawka (also known to be the drummer for Pendulum and Destroid) on live drums. Said the Sky joined in with his keyboard, with his friend Day accompanying him on drums, Trivecta who had performed earlier came out with a guitar as well for some songs as did Dabin. 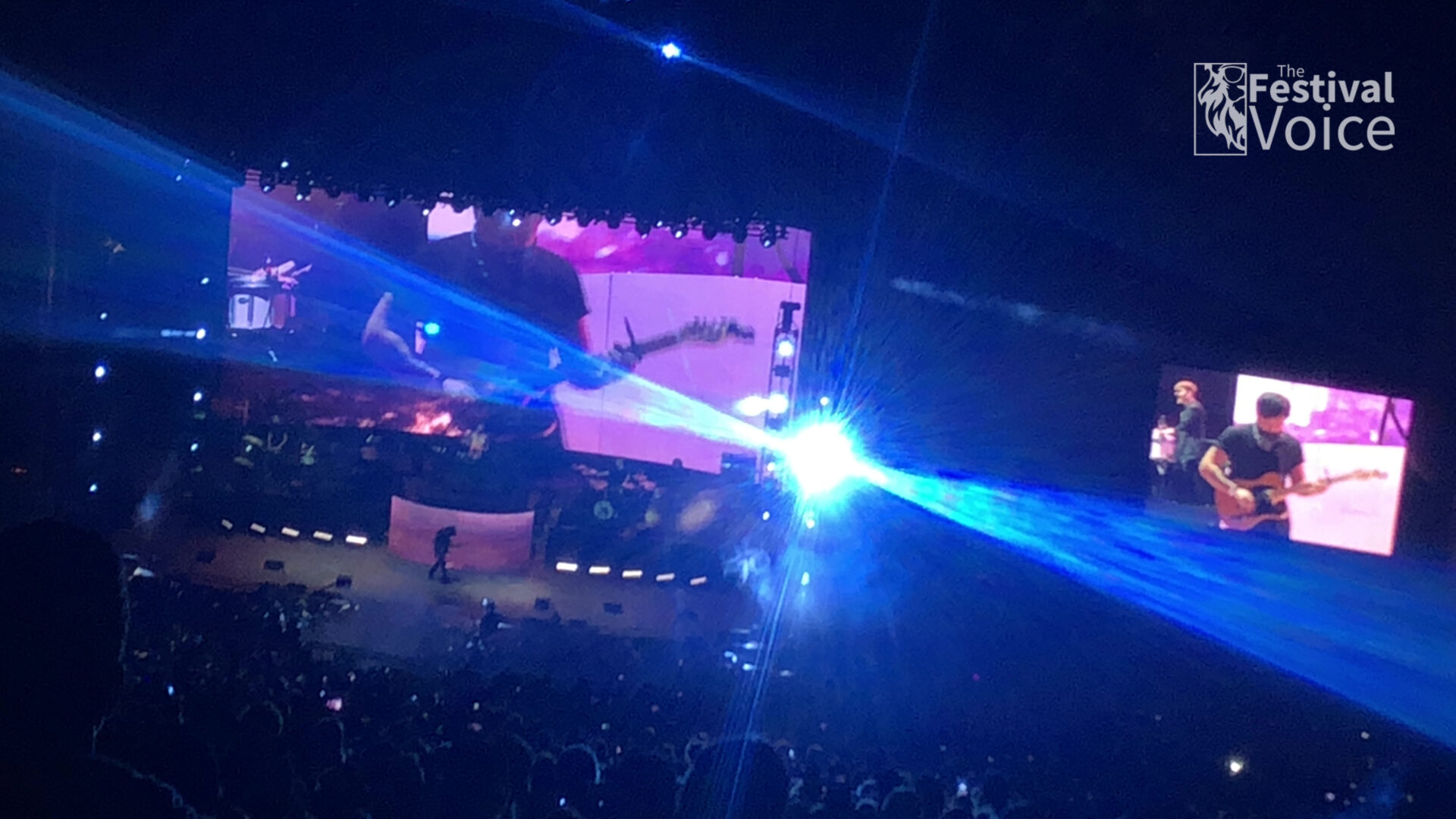 In complete “rockstar fashion” Dabin even smashed his guitar on stage during his performance. He definitely sent some “Kind Regards” to that guitar before smashing it into the afterlife. 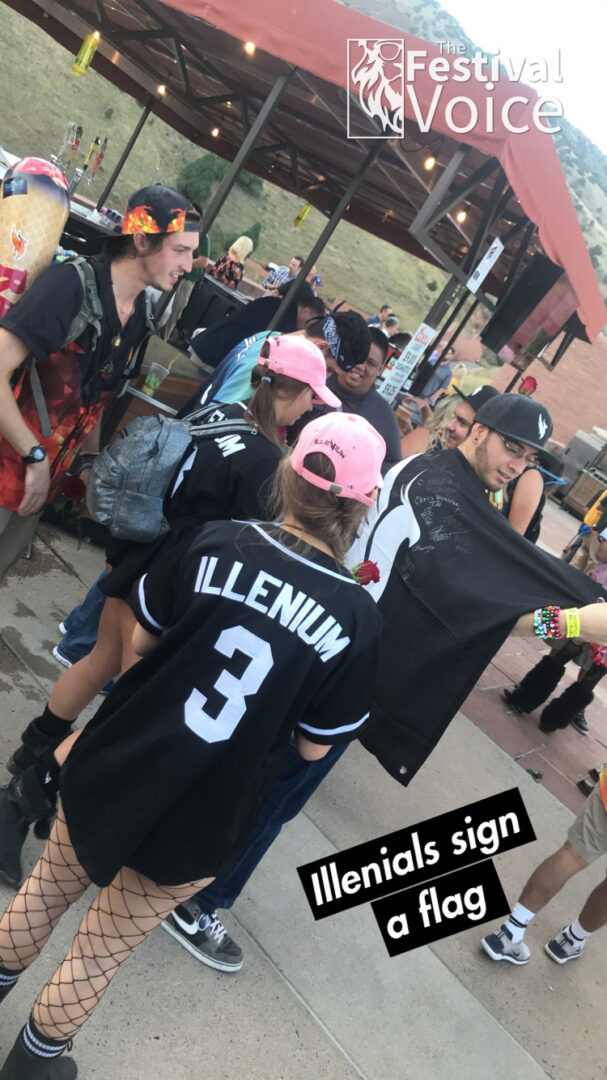 Some of the best moments of this event truly were meeting new Illenials from Illenium’s official Facebook fan group who I hadn’t met before, and being reunited with other Illenials who have become closer than family. After one of the group members passed out roses to those in attendance, many fans signed an Illenium flag to commemorate the occasion for one attendee. 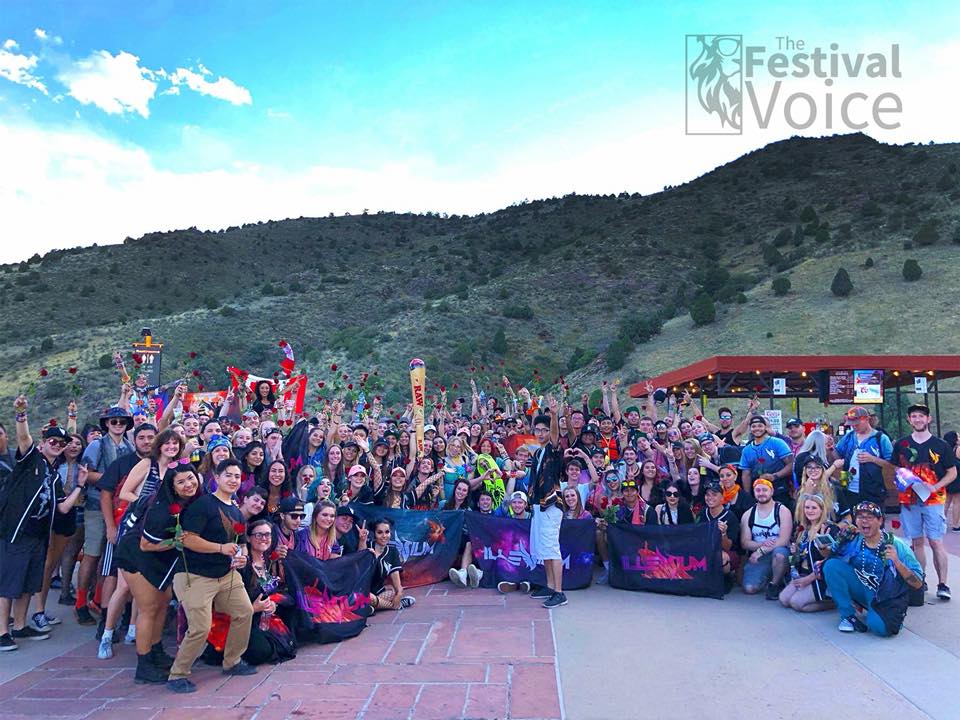 Going on this solo adventure to Colorado from California was definitely worth it for both the event itself and for finding a family amongst the fans of my favorite DJ. Thank you to Illenium for creating more than just a fanbase, and thank you to the Illenials I’ve met thanks to our similar taste in music.