This year was the 5 year anniversary for Imagine Music Festival! What started as a relatively small two-day festival at a park in downtown Atlanta has grown into a three-day festival now held at the Atlanta Motor Speedway grounds on the outskirts of southern Atlanta. This years’ line up was impressively well-rounded to say the least. There was something for everyone; from trance & progressive house artists like Armin Van Burren, Paul Oakenfold, and Alesso. to electro-house, trap, and dubstep artists like RL Grime, Zeds Dead, Bassnectar & Griz. 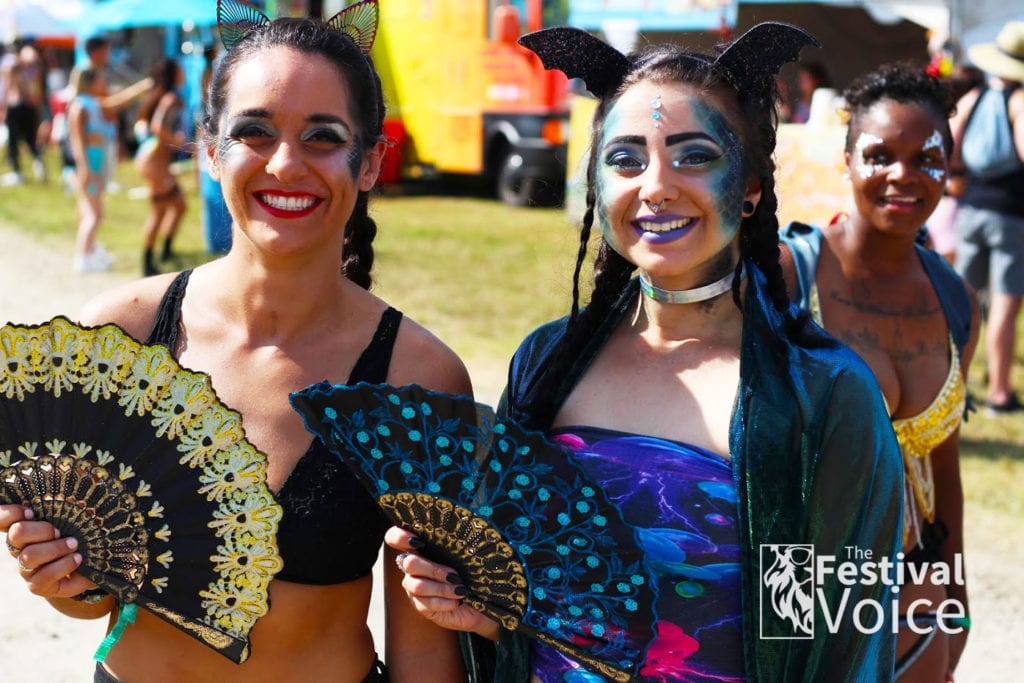 “The line up was great & packed with artists who put out a lot of energy!” – 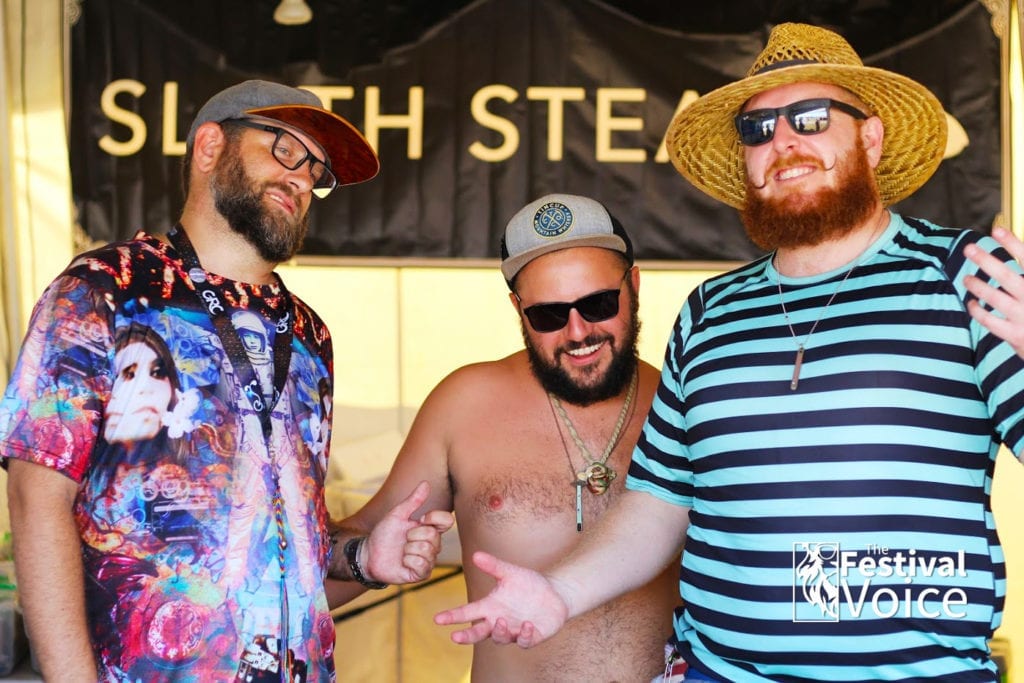 Some of my personal favorites were Alesso and RL Grime followed by Zeds Dead. These were phenomenal back to back sets & the crowds’ energy from RL Grime rolled right on over & continued to build during Zeds Dead set. At every festival I try to check out some artists I’m not as familiar with to broaden my music palette. Chocolate Puma & Leah Culver were among the new (to me) artists that I checked out and they both killed it! Another thing I always try to check out at every festival, if offered, is the Silent Disco. At IMF you only had this privilege if you were staying in the camp grounds. I think the silent discos are really smart ideas because it cuts down on the loud noise at night to allow campers to sleep, but also allows those who are a proud member of #teamnosleep to rage all night.

We all do! But we all know camping festivals have room for improvement. After speaking with a lot of campers there were four common recommendations that campers wanted to improve their camping experience.

1) more scheduled group activities to do during the day.

3) More showers & bathrooms. Many campers also felt that the port-a-potties DESPERATELY needed to be cleaned more often. Nada suggested “ they should replace them with flushing port-a-potties like some other music festivals have”.

4) More shaded areas for people to hangout & seek refuge under from the infamous “Hot-lanta” sun. A couple of campers suggested trying to schedule the festival at a slightly later date to avoid the scorching temperatures that are typical in the south every year until around mid-October.

In addition to the desired improvements in camping, a couple of the same improvements were requested to be made inside the festival.

Many attendees added that while it was helpful that employees were passing out FREE bottled water it was critical that they add additional & bigger water stations. Several people said they really had a hard time finding the water stations. I will say that myself and many people in my group who tried to use the map on the app were never able to download it. Some of us also had issues with set times updating on the app as well, even after deleting & re-downloading the app. Personally this was frustrating to me but thankfully I was familiar with the layout since it was similar to the year before. 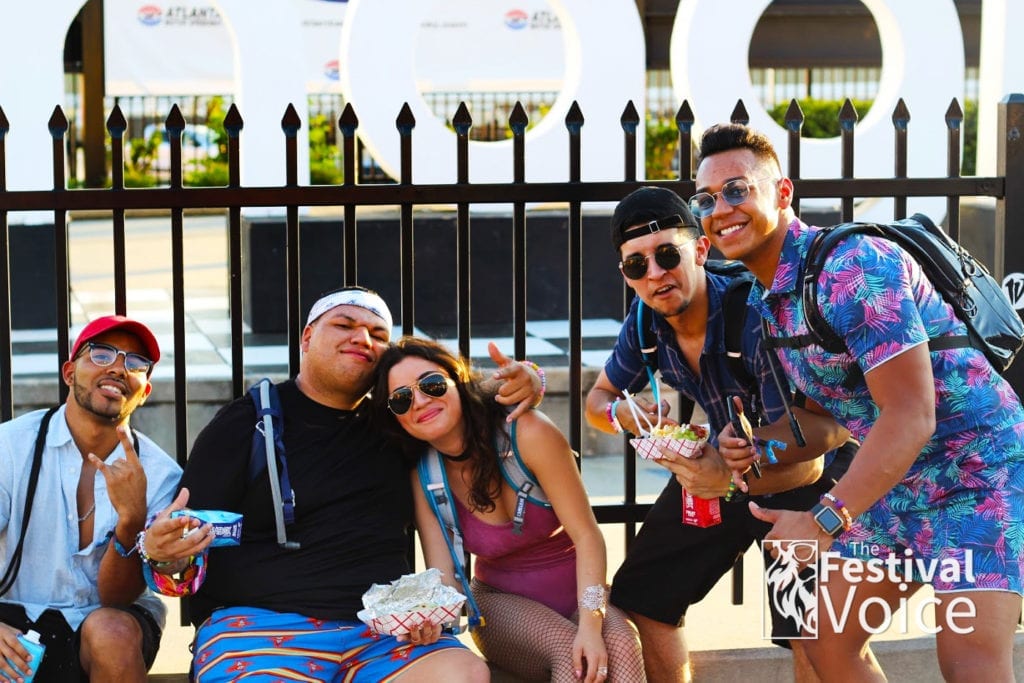 When comparing IMF this year to last year there were some really key upgrades that myself & other IMF veterans noticed & appreciated. Kenneth & Tashan from Atlanta both agreed “the lines to get into the festival each day moved WAY faster because of the fences they used to direct everyone”. And we certainly all agreed that the lighting & lasers were incredible, the sound, stage designs, and the set up, were all improved to maximize overall sound quality to create an incredible and unique experience. Overall I would say this is my second or third favorite festival out of the 17 (& counting) that I’ve been to and you can be sure to catch me back here again next year! 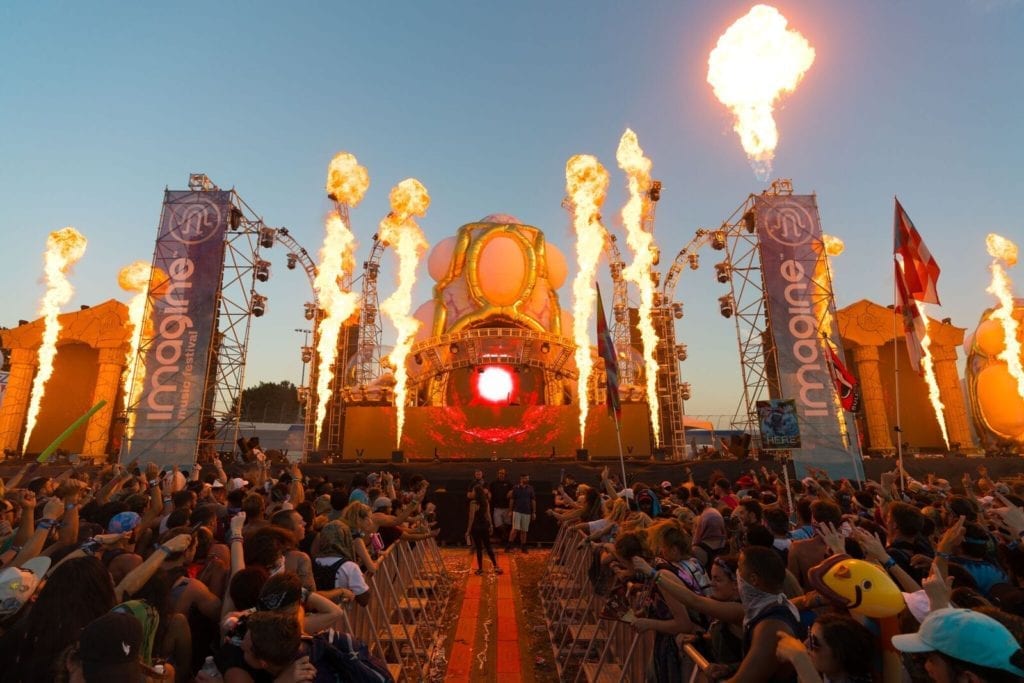 For more information, or to purchase a ticket, click HERE. And we here at The Festival Voice hope to see you at Imagine Music Festival next year!