Hey all! It’s Friday, April 23rd and we’re back with a new installment of this week’s hottest releases for you!

Dimitri Vangelis & Wyman’s remix of “My Feelings” looks to continue building the momentum around the original, following the success of its first official remix by fellow Swedish DJ/producer Raaban last month. To date, the original boasts over 3.87M streams combined between Spotify and YT alone, making Serhat Durmus one of the most listened to artists in his space. 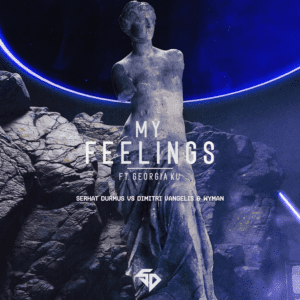 Following on from their first releases ‘The Look’, ‘Midnight’, and ‘Way To Go’, they now release the final singles to complete their debut E.P. package with ‘Gold’ and E.P. title track ‘Portal’.

‘Gold’ provides a refreshing dose of their now-signature sound; 80s synth stabs, big retro drums, and contemporary pop vocals, layered with irresistible basslines and blissful melodies. E.P signature track ‘Portal’ is an instrumental, with darker tones, atmospheric, delivering big synth lines and packed with their signature retro style, a release that would not sound out of place on the 80s TV series Stranger Things. 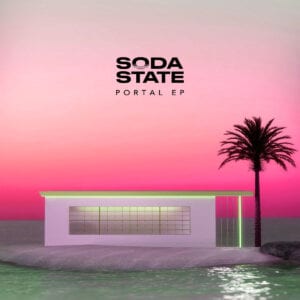 Bass duo Ganja White Night are back with vengeance to share their latest masterpiece, their full-length Dark Wobble album. Released on the high holy day 4/20, the cinematic album is far from your average bass music release – the aptly titled Dark Wobble features the darkest and weirdest wubs, collaborations with SubCarbon artists Boogie T and SubDocta, all while filling in the ever-evolving story of light vs darkness within the animated universe inspired by Ganja White Night and brought to life my Belgian artist My Name Is Ebo. Check out the video for the album’s first single ‘Trinity’ exclusively on YouTube. 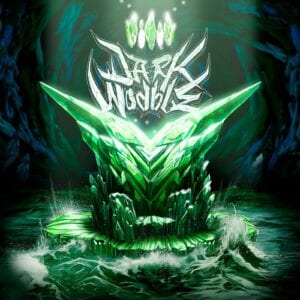 This is the first album Tritonal has ever conceived of and manifested as one unified piece of music, with no breaks between the audio tracks. They decided early on if their computers would be able to handle it, they would write the entire album in one Logic X Pro project. Miraculously, they were able to write an hour of music consisting of over 417 audio tracks in one single project!
Musically speaking, every movement is a harmonic counterpart of the previous movement — as they move around the circle of 5ths while simultaneously automating tempo and meter changes. We believe this presents a meditative musical experience far from the norm. The album will be released split into 14 tracks with no fades or separation, allowing the music to be enjoyed as intended – a seamless body of work.
Stream HERE 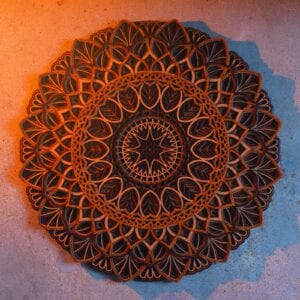 Cyran- Take You Where Its Sunny

For those that aren’t a member of Cyran’s loyal fans on TikTok, Instagram and Snapchat. He’s built up a huge number of views (approaching 100m) sharing impromptu keyboard jams. His talent, personality and flair have captured the hearts of fans worldwide, it’s all about the positive vibes. We welcome Cyranback, speedos, martinis and beach towels at theready, time to ‘Take You Where It’s Sunny’. Let’s get this pandemic over and get it on. 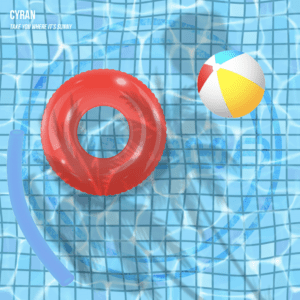 In one of the most uniquely offbeat collaborations of the year, celebrated pop singer Blake Lewis joins forces with EDM’s most accomplished drummer producer KJ Sawka to form The Private Language, a new project that combines cutting-edge electropop, indie dance, and future funk into one irresistible package. Their boldly unexpected debut single is a fresh take on the Tears For Fears smash ‘Everybody Wants To Rule The World’, spinning the classic songcraft of the original with state-of-the-art modernist production. Released on Earth Day, the video for the song conveys an impassioned plea for peace and unity in these uncertain times. Watch it here. 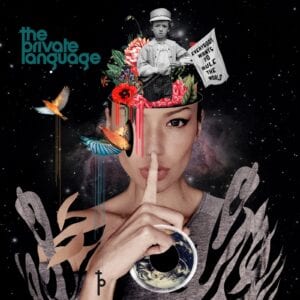 “Bad Sides” is the fourth original track that MC4D has released this year. In February, the duo released “Will You Love Me” with Proximity, earning over 600K views on YouTube. The brothers continue to collaborate with other independent artists and labels to push their sound and expand to new audiences. The track combines an incredibly catchy hook with a euphoric drop to deliver a song that’s perfect as we head into the spring and summer. The lighthearted lyrics talk about ignoring the flaws of a relationship for good and for worse. Conjuring up songs like Robin Schulz’s Speechless, “Bad Sides” combines house and dance pop to create a dance song for both the beach and the club. 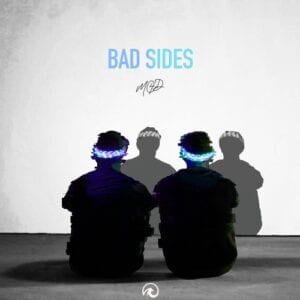 Aspyer – Too Close To Heaven

One of Tomorrowland’s most promising artists of 2021, Aspyer is switching it up on his new single ‘Too Close To Heaven’. Where his latest tracks represented that club/festival feeling, this time he wanted to create something bright and positive with a light vibe. While being sick with COVID he found the strength to sit down with his guitar and come up with something fresh, which is how the guitar part ended up in the track. Despite not feeling well, he started to create a bright track and with him feeling better every day he also found the motivation to continue working on the track since it gave him positive energy. Amanda Collins’s voice fully conveys the mood and sets the desired vibe.
Aspyer: ‘’I hope that the track makes a lot of people smile, since it’s really necessary for all of us during these times’’. 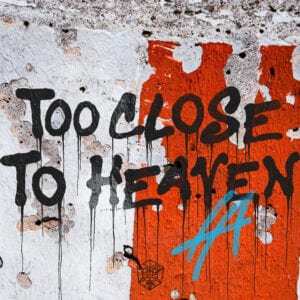 LOOPERS has been firing one track after the other since the beginning of the year, and this time he’s teaming up with IYONA again on ‘No Lover’.
LOOPERS: ‘’I hope you guys like all the new music I’ve been putting out this year. I have spent a lot of time finding the right artist and creating the art that parts with the music I’ve been releasing in the visual aspect. The process of making the audio has been as important as finding the right visual. Seeing you guys appreciate the art gives me a feeling of fulfillment and is very rewarding. Thank you.’’ 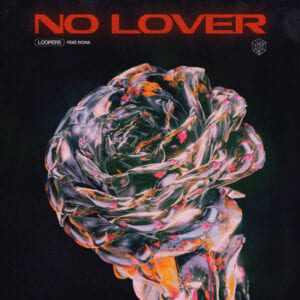 Known for his unique style and always delivering something fresh, SWACQ let movie soundtracks inspire his latest offer ‘Pursuit’. After listening to some great cinematic soundtracks he was inspired to combine some of these elements with his signature style. Adding some string loops with a dramatic energy to it, he started building the track to make it sound fit for the club without losing its unique cinematic vibe. 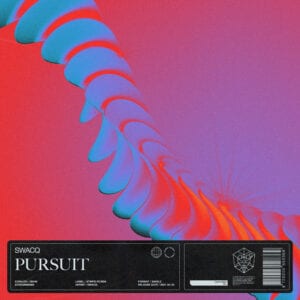 Hailing from Belgium, ‘Different Moon’, is Greg Dela’s first single on TATT Records. ‘Different Moon’ is a powerhouse with powerful vocals and lyrics combined with Dela’s signature sound. The lyrics talk about two people who are alone and find each other in a world filled with struggles. Coming from different places (different moon), it’s a forbidden love that can’t happen. When they finally meet in the end they fall in love and feel extremely happy. 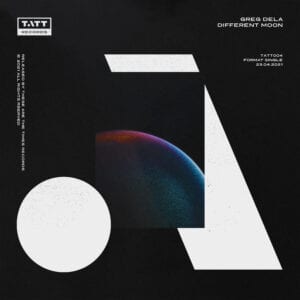 Out now via his iconic PinkStar Records imprint, Ecletric is another stunning slice of warm, blissful melodic house music from EDX, who marks his inaugural release of 2021 and his first original single since the critically acclaimed release of Indian Summer back in September. Road tested during his recent mini-tour of North America to universal approval, the record will finally see the light of day at the end of April, in time for the impending summer season. 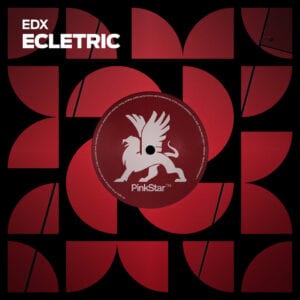 Sky Deep- Up in Here EP 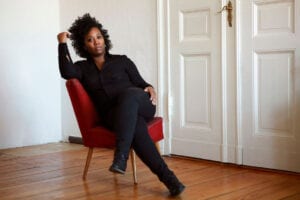 gardenstate & GVN- Take Me There

“Take me there takes us back in time to the good old UK rave sound but in a newly updated costume. We all just want to be taken to a good old rave at the moment after such turbulent recent times. There is so much good energy, love, and strength inside people and we hope this record gives them an extra output for that. You do you the best,” gardenstate’s Marcus Schossow says.
GVN adds, “This is one of the most emotional tracks I’ve ever made and to have worked with Marcus and Matt is a privilege. This is a homage to anyone out there who doesn’t believe in themselves, reassuring you that ‘there’s power in your soul, and I wanted you to know.”
Stream HERE 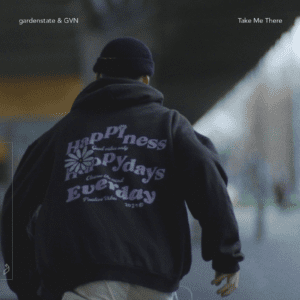 Having already reached 320M total streams worldwide, the original track continues to climb the charts, reaching Top 20 in US radio, including #1 at Rhythm and #8 at Urban stations, with a new peak of #14 on the Billboard Hot 100. The all-star female power record shows no signs of slowing down, as DJs and producers around the world take on the task of remixing the chart-topping track with their own signature spins.
Stream HERE 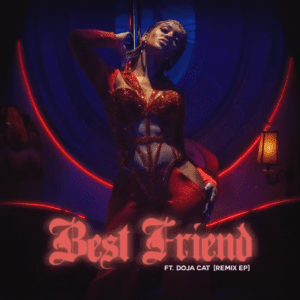 And there you have it! Happy April 23rd! Hope you are ready to rock to some great tracks this weekend! See you next week! Love, The Festival Voice
Posted in Festivals and tagged Amanda Collins, Aspyer, Blake Lewis, Cyran, Dimitri Vangelis, EDX, Ganja White Night, gardenstate, Greg Dela, GVN, IYONA, KJ Sawka, Loopers, NWRVR, Party Pupils, Pendulum, Saweetie Taps Kito, Serhat Durmus, Sky Deep, Soda State, SWACQ, Tears For Fears, The Private Language, tritonal, Wyman
← EDC LAS VEGAS IS POSTPONED AGAIN?!?!?BSH Island Croatia Announces Their First Lineup →
Don’t forget to follow The Festival Voice for all of your electronic music and festival news!
Instagram: @TheFestivalVoice
Facebook: @TheFestivalVoice
Twitter: @thefestvoice
Snapchat: @thefestvoice
YouTube: TheFestivalVoice
We use cookies to ensure that we give you the best experience on our website. If you continue to use this site we will assume that you are happy with us eating these cookies.OkLearn more