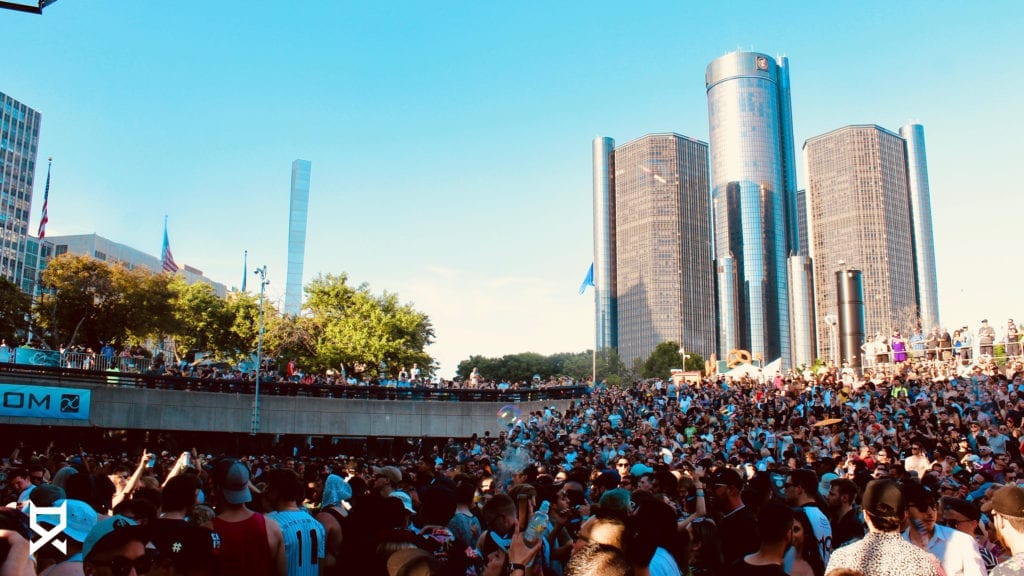 Recently I have been presented the opportunity to sit down and speak with one of the greatest English producers of all time. I feel lucky enough to catch a glimpse of someone who goes beyond music, his mannerism, and kind reality radiates. For all of you techno-loving, black wearing, underground fans out there I present to you John Digweed. 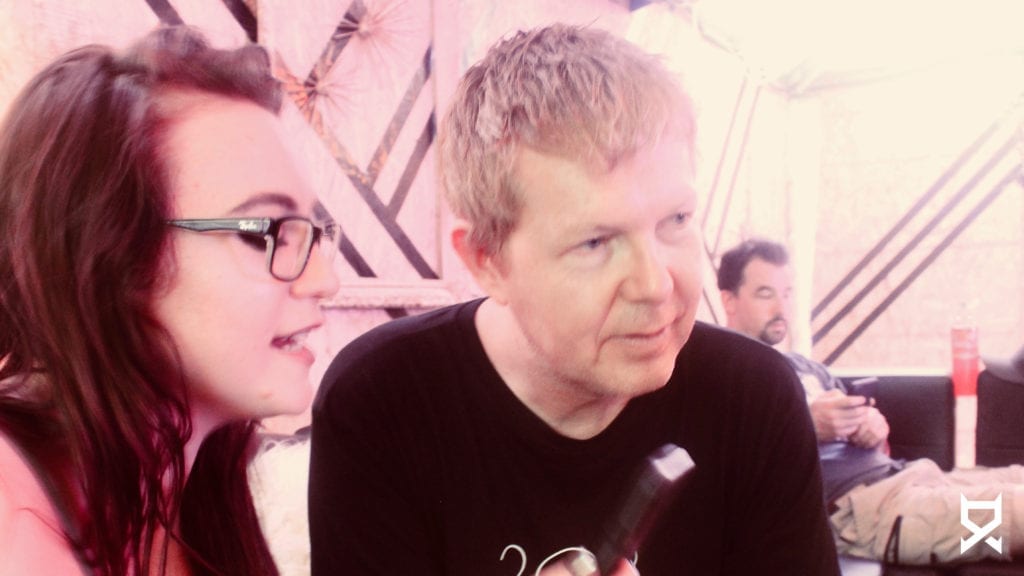 Since the boom of EDM in America have you seen an increase of attendees at techno shows?

“EDM is a loose word because I’ve been coming to America since the early 90’s. America always had a problem of how to describe what we called in England (as) dance music.”

So what’s the difference?

“You call it EDM, and we just call it dance music.”

“It wasn’t really until David Guetta, and Swedish House Mafia is when the EDM tag got put to the music. It covered more of the commercial sounds rather than what I play. I think me (and other techno artists) have been doing our thing for years under the umbrella of house, techno, deep house, whatever you wanna do. We didn’t really need a label or an umbrella, it covers everything.”

“It’s not about what scene is better, it’s what’s about what best caters to the person that goes (to a festival.”) 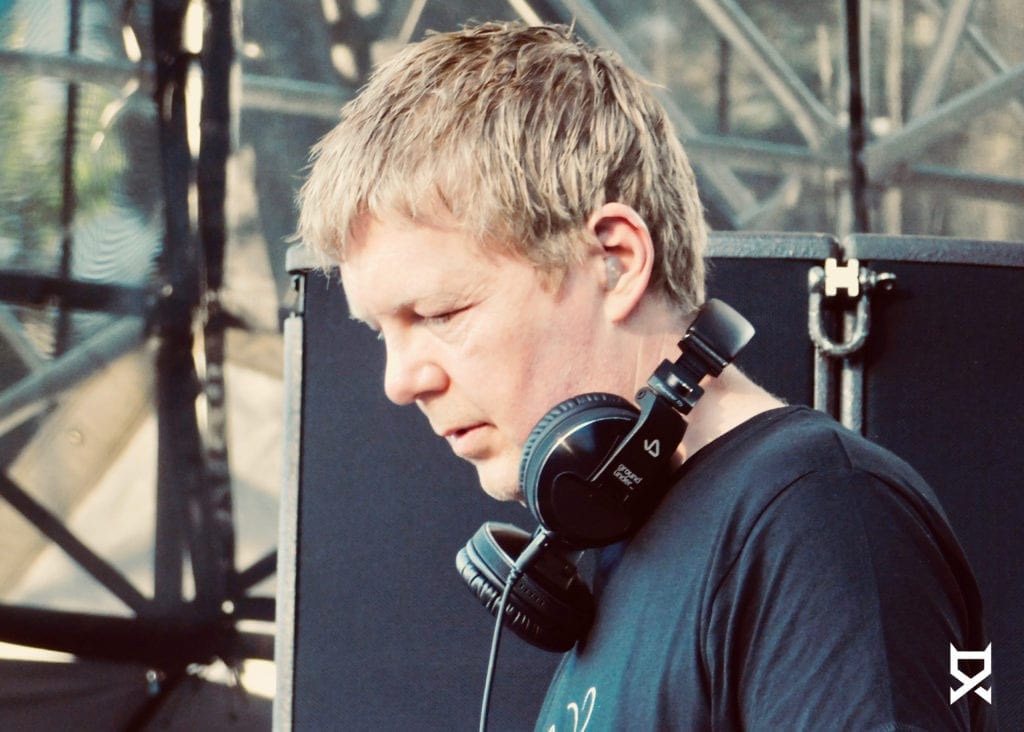 What prompted you to start touring with Sasha again?

“We hadn’t played for seven years, and we were both playing in Tokyo and we met up for lunch. We said, “Ya know why don’t we play a gig together?” We did a gig together where we didn’t tell anyone we were playing. So I was doing my Bedrock in London, and Sasha came down and put a screen up so no one could see me, they could just see a silhouette. Halfway through the night, Sasha came on and they could see two silhouettes.”

“No one knew, I didn’t even tell the club. I didn’t charge anymore either. These days you gotta be creative and do something that people don’t expect.”

What started your admiration for techno in 1989 and what separates that admiration from other genres?

“I like all music if it’s good. It’s not about an artist, it all depends on each individual track.

John then began referring to music and his record label, Bedrock, and weaving through the artists that get sent his way.

“And that’s the thing it’s like distinguishing what you like and what you don’t like, and as a label owner, we can only do 15-20 releases a year. If I released everything that got sent to a mailbox or email, we’d have one release every day. So you have to be really decisive with your choices of what you like.”

“My ears are one thing, the crowd reaction is another.” 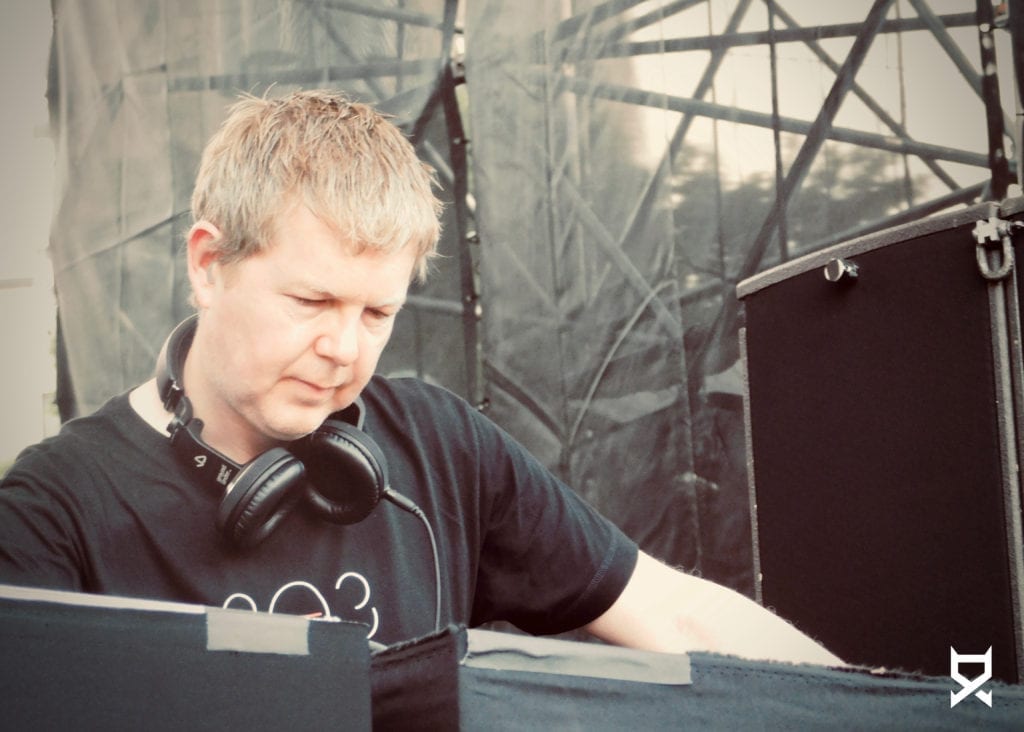 Is there anyone you look up to or follow?

What is the most cherished piece that you have produced?

“That’s a hard one…for me, the thing I liked was an album I did called ‘The Traveler.’ Which we did a few years ago, and it worked with an international, best-selling author. He spoke on the album and we took his voice and made it into a Pink Floyd-y type, downtempo/weird. We wanted to do something a bit different, so that’s the album I like the most.” 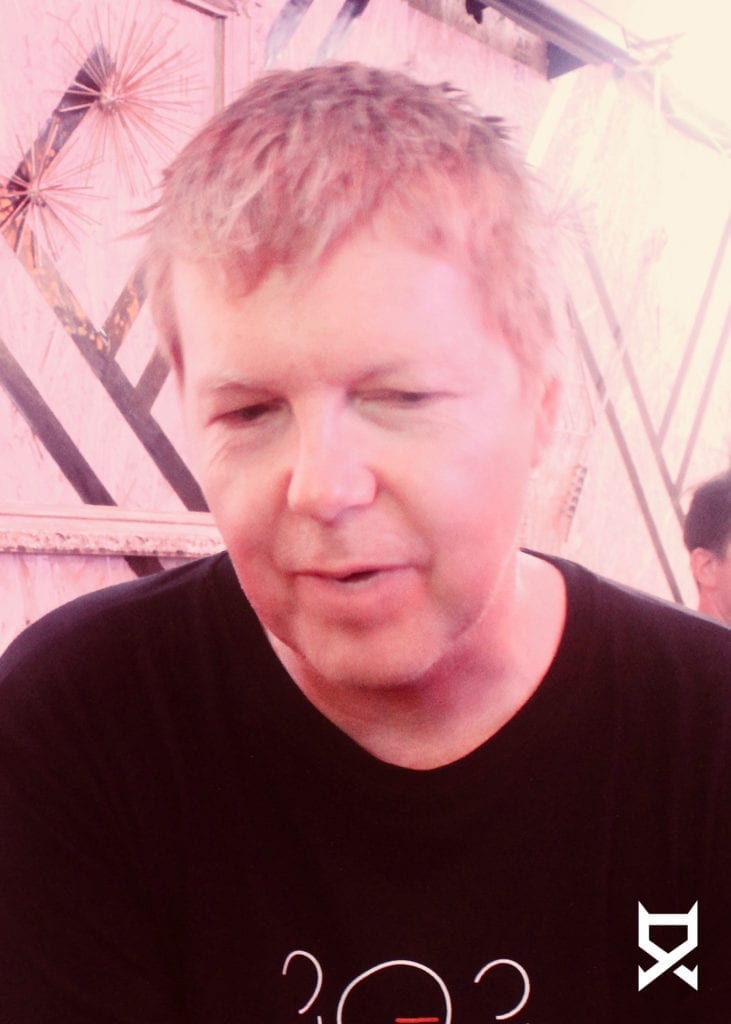 What do you listen to when you’re not making new music or playing?

I couldn’t help but giggle and ask “Silence?”

“Well, yeah because on the flight to Denver, it’s a ten-hour flight, I listen to music for 7 ½ hours of music-going through all the new promos. You need to give your ears a break, sometimes you just have to have silence.”

After almost 30 years, how do you keep that drive to continuously make such good music? Has it ever became lackluster?

John had a pause in his voice and smiled as he looked at me and said:

“Name me one job in the world where you turn up and there are 5,000 people that are happy to see you. I’ve got the best job in the world, and it’s not even a job, it’s my passion. I wanted to be a DJ since the age of 11, so I’m living my dream, and still living it.” 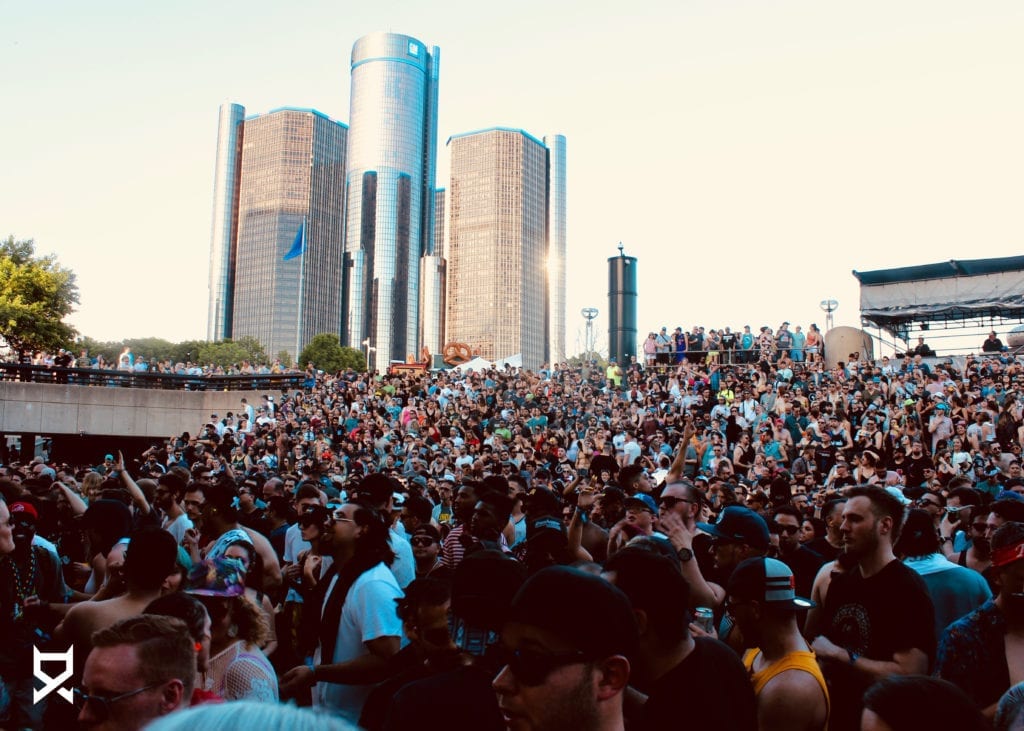 What were you DJing at the age of 15? Have you always been consistent with your sound or have you switched up since then?

“Well obviously you go through the music that was available at the time, and this music wasn’t around in 1985. I was very lucky I had some very good DJ’s around me that were working in clubs and buying all the imports. Back then it was all funk/soul (club music) and that’s what I loved. What I loved about it was you didn’t hear it on the radio, none of my mates were playing it, so everyone was like “You’re weird, what is this music you’re playing?” You’ve got to remember, back then people were always listening to madness and top 40 music. I’ve always had a passion to try and find music that no one else has got. I don’t wanna play what someone else is playing.”

What’s your favorite type of venue to play at?

“The main thing is that every weekend is different, so it doesn’t get boring. I was in a small club last night with 400 people in D.C., Friday was a warehouse rave, and tonight is a big festival. I like it all because if I just did underground clubs, I’d never get to experience this (festival.) I think it’s good to push yourself in different ways. 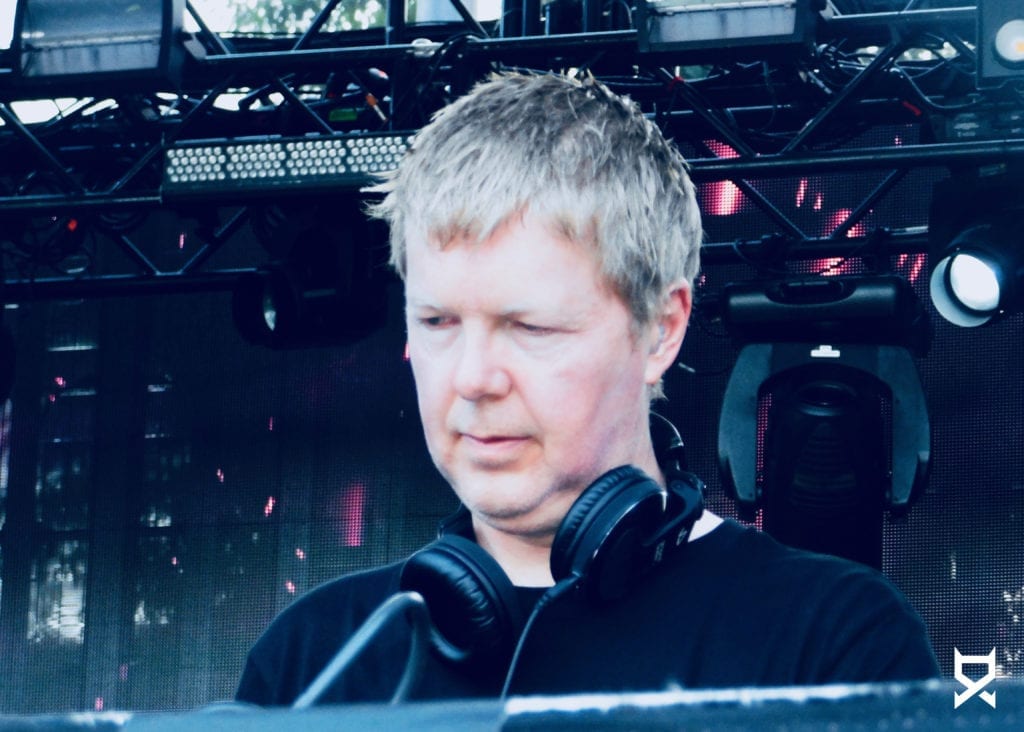 Any advice for upcoming, young producers?

“You’ve got to be original, you’ve got to try and find those records that no one has, and you’ve got to be nice. If you’re a nice person, and humble, everyone wants to do business with people they like. They don’t want to do business with people they don’t like. You could be really successful, but if you’re an as****e they’re only booking you because they can make money off of you. When your popularity fades, your phone is not gonna ring.”

What’s been the highlight of your career? 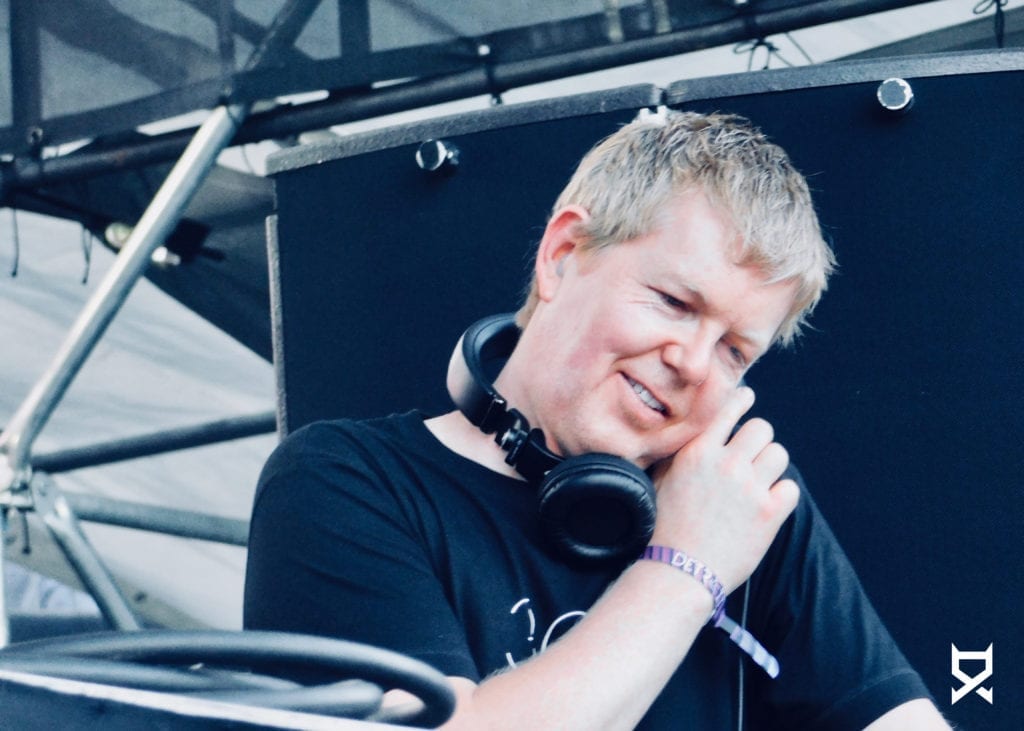 There was so much I wanted to ask in such a short time, but this small peek into the reality of this man’s world was enough. John Digweed is not only a legend but a very humble man. His music is, as he strives for, different and original. He’s kind and refreshingly honest, and after 30 years in the industry, everyone still craves more. He doesn’t seem to be slowing down anytime soon, at least one can only hope.

You can check out more of John Digweed’s music on his label Bedrock.  His radio show Transitions is also available on Mixcloud.