Whew, June sure heated up! These tracks make it even HOTTER! Check out these June 18th tracks of the week!

Just a quick note before you check out these epic tracks- don’t forget The Festival Voice is hosting our very first event in Las Vegas!! We’re still working on bringing you a killer lineup but you can expect the best from us!

Growing up in Miami, FL was the catalyst for Tech Chase’s journey as an artist. The city breathed life into him. He was surrounded by electronic music throughout his entire childhood and he discovered that this type of music made him feel alive. Classic EDM acts like Krewella, Knife Party, and Adventure Club played massive roles in shaping his sound and taste. His teen years were filled with joy and enthusiasm that he channeled toward DJing and making music that allowed him to embrace his emotions. As time went on though, anxiety and stress blocked his ability to achieve his ambitions. After experiencing a very dark and tumultuous 2020, Tech Chase emerged from the darkness with confidence and clarity around his mission as an artist. He describes this mission as: “A way to help myself and others stay true to ourselves, embrace our emotions, and know it is okay to feel. No matter what those emotions may be. Everyone deserves to know that expressing your true, authentic feelings and being yourself is what you are meant to do. That is what Tech Chase is all about.” 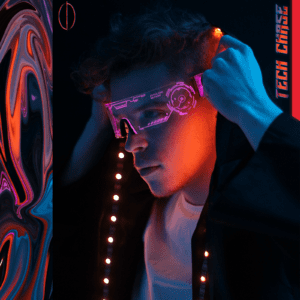 “FREE” marks the first original collaboration between the two Angelenos – and hopefully there are more to come. With ENNO’s groovy bass hooks and Diggs’ shining vocals, the producer and singer have created a winning track sure to win over EDM fans and contemporary audiences alike. 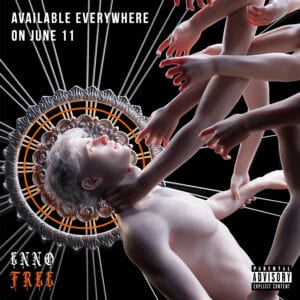 Out now via Ramiro Lopez and Arjun Vagale’s formidable Odd Recordings, as part of their upcoming ODDyssey Vol. 5 Compilation, Paipah marks Auriga’s eagerly-awaited debut outing on the revered Spanish imprint as she delivers yet another impressive addition to her flourishing career discography. 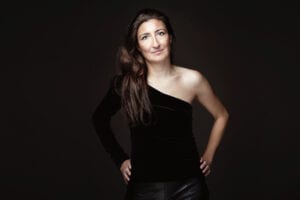 “Mona Lisa” is the latest in the series of music + video releases from AREA21, the multimedia collaboration between Martin Garrix and Maejor. The music follows a story arc of two alien travelers who are tripping through the cosmos spreading a message of unity when they accidentally come crashing to Earth. Their adventures are portrayed visually throughout a series of songs and accompanying animated videos produced by award-winning animation studio, Titmouse (Run the Jewels, Dua Lipa) that will culminate in a debut album this fall. 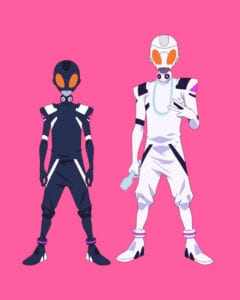 Au5 continues to light a fire in the dance music world in 2021, building on the success of singles ‘Happy Where We Are’ and ‘Was It You’ with this slick new offering. ‘Make You Cry’ sees the New Jersey producer recruit LA-based singer/songwriter RUNN, whose vocals with their shimmering melodies and sentimental lyrics bring ‘Make You Cry’ to life, over stunning production from Au5 who’s one-of-a-kind sound is as exceptional as ever. 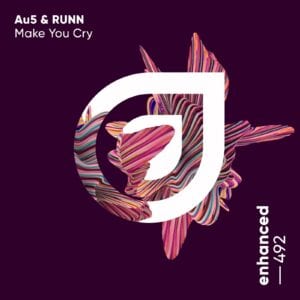 Paul Hartnoll – one half of ground-breaking electronic dance music duo Orbital and controversial poet and performance artist Murray Lachlan Young announce their lockdown-inspired musical collusion album as “Hartnoll & Young”.
Capturing the covid zeitgeist, “The Virus Diaries” is exactly that; a surreal and poignantly lighthearted musical wander through the ever-shifting scene of the first lockdown.  They now release their newest single ‘Garden Centre (Push The Trolley)’. Paying homage to these undervalued institutions and spotlighting them as one of the only options of escape during that whole tedious time. 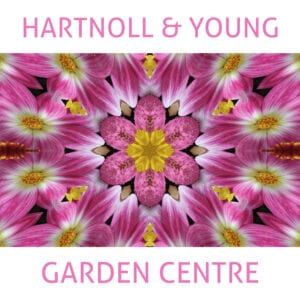 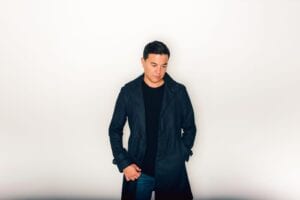 After establishing a noteworthy career in the venerated band Lotus, Luke The Knife is finally ready to unveil his debut album under his solo project. With over a decade of honing his artistic abilities, Luke The Knife’s debut LP, Disco Nap, effortlessly showcases his undeniable musical prowess and groovy sensibilities. The nine-track offering takes the listener on an eclectic journey filled with funky beats and experimental melodies including features with Cherub and Raven Jane. Disco Nap is set for release on Friday, June 18th. 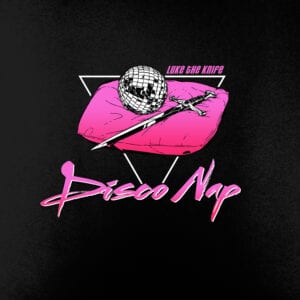 Above & Beyond- Flow State: Healing with Nature

In 2019, GRAMMY-nominated trio Above & Beyond briefly stepped away from the noisy world of dance music. The result was ‘Flow State’: 17 ambient and piano-based compositions. A reaction to the stress of touring life and described by the band as “music tools for yoga, mindfulness, and mental fitness”, ‘Flow State’ was picked up by global mental health phenomenon Calm, featured in The Times and NME, and had extensive radio play on BBC Radio 1 and Sirius XM. ‘Flow State’ yoga sessions were hosted in 17 cities around the world in collaboration with New York-based yogi Elena Brower and the DAYBREAKER community.
Fast-forward two years and ‘Flow State’ music can be found in the world’s biggest yoga and mindfulness playlists on Apple Music, Amazon, Deezer, and Spotify and has been streamed over 70 million times. The Flow State phenomenon continues on ‘Flow State: Healing With Nature’, a new pack of meditation tools and ambient field recordings designed to elicit a deep state of relaxation and calm.
Stream HERE 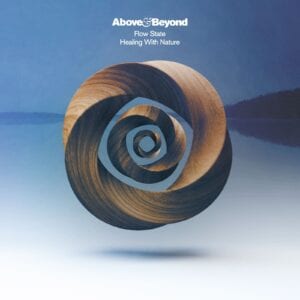 Since forming in 2012 following a chance meeting in Prague, il:lo (AKA Dejan Dejado and Andreas Schultz) have released on Future Classic, bitbird, Future Archive Recordings, and Loci Records. Alongside releasing acclaimed singles ‘Reine’, ‘Alma’, and 2015 EP ‘Places’, il:lo have remixed the likes of Panama, Jerro, Emancipator, and CloZee, accruing over 15M Spotify streams on their catalog.
Characterized by extensive use of intricate sampling and live instrumentation, il:lo’s whimsical productions are inspired by the duo’s travels, with their track titles often coming from valued moments in their journeys. Their visual aesthetic is also inspired by real-life places, often borrowing visual elements from architecturally complex landmarks.
Stream HERE 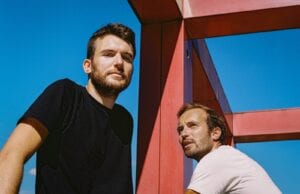 Skyler Madison is forging her own path to success as a future bass great and Circus gets to boast being there at the start! After deeply immersing herself in club culture as an international headline DJ for almost a decade, it’s time to let loose the fruits of the fine-tuned production war chest she’s been crafting in the studio. Skyler has switched it up to bring us her own take on bass music. Get ready for the ‘Iridescent’ EP!
Stream HERE 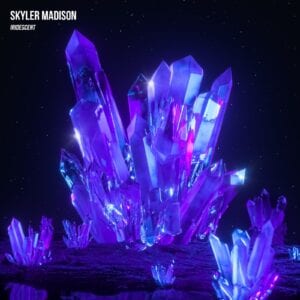 Caribbean-Belgian artist Charlotte Adigéry and Bolis Pupul share a performance video of or her new single “Bear With Me (and I’ll stand bare before you)” which was released earlier this year on DEEWEE – the label from Grammy-nominated artists David & Stephen Dewaele AKA Soulwax/2manydjs. 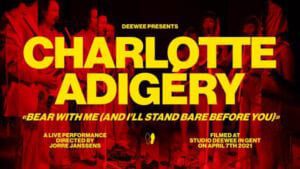 Yousef- Float Away feat. The Angel

Originally released in 2013, Yousef & The Angel’s ‘Float Away’ was widely regarded as one of the biggest tunes on the underground dance music scene at the time. Fast forward 8 years and the UK based producer, DJ, promoter and label head revisits the track for a special remake, out now via FFRR. 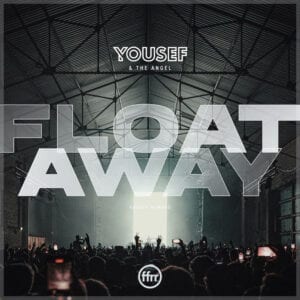 Martin Garrix feat. Bono and The Edge- We Are The People Remix

After releasing the original a month ago, Martin Garrix has now reworked his official UEFA EURO 2020 song ‘We Are The People’ featuring Bono and The Edge into a high-energy remix.

The powerful remix emphasizes the festive and uniting spirit of the track while providing the perfect party anthem for the upcoming summer days. Meanwhile, Bono’s vocals and The Edge’s guitar riffs stay right in place, maintaining the original blend of the signature sounds of each artist.

Lake Night, the British electronic artist who is based between Tokyo and London releases the next single taken from his forthcoming debut album. Featuring original vocals from Maria Uzor, Atlas is now available to stream and purchase via Bad Life.

The second single, Atlas, taken from the debut album which is set for release in September of this year, sees Lake Night collaborate with vocalist Maria Uzor who is best known for being a part of Post-Punk Dance Duo, Sink Ya Teeth. Maria’s work with Sink Ya Teeth has been notably supported by the likes of Pitchfork, The Guardian, The Observer, Electronic Sound, Q Magazine, Mojo, Loud and Quiet and many more. Drawing influence from Greek mythology, Atlas exhibits a brooding dark undertone, highlighted and perfectly accompanied by Maria’s haunting and original vocals. 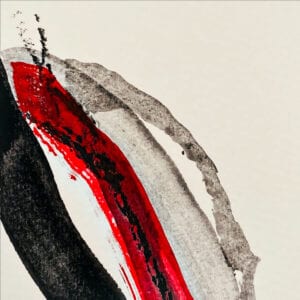 After leaving fans guessing when hinting at an album release with a social media post, Matt Nash isn’t sitting still. ‘Losing My Mind’ is a club banger that’s going into a slightly different road than his previous tracks which have been more on the melodic side. One thing is for sure; Matt Nash is bringing the heat for everyone’s summer. 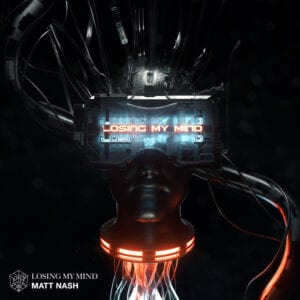 Continuing Maya Jane Coles’ impressive mastery of Techno, the approachable and intense double A-side EP pairs Maya’s foundational cross-genre production qualities with the M.F.S: Observatory signature big room house sound; a driving and consistently authentic style that they have explored at a notably rapid pace via releases on Green Velvets’ Relief, Skint,  and many more of the scenes respected labels. 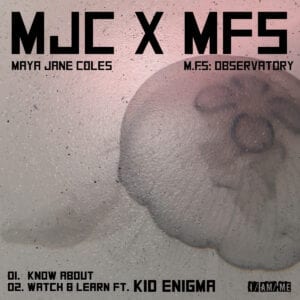 With four historic albums under their belt to date Ten City, comprising of Byron Stingily (lead singer, songwriter) and one of electronic music’s most renowned producers Marshall Jefferson have reformed, delivering their first original music in over two and a half decades. The duo today release their fifth studio album, ‘Judgement’ via Ultra Music. 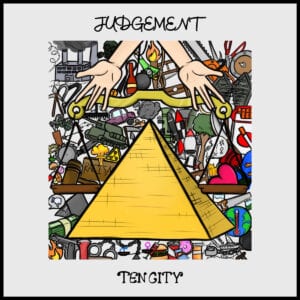 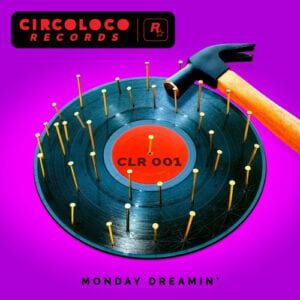 “We really got into a deeper level on the production for this EP. We brought this weird piano into the studio during the lockdown and had a lot of time to really work on sounds and integrate the piano more into the tracks. We used the time in lockdown to really develop the studio and work with modular gear and synthesizers which had a great impact on the music you’ll hear.”
“We look at the new EP as an extension of the ‘Lights EP’ which came out last year on bitbird. it’s about how a creative outcome can shape you emotionally, how you travel with your creative thoughts, and how this reflects on how you are as a person.”
Stream HERE 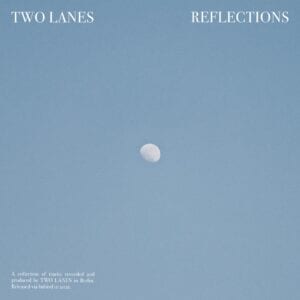 I Love Rock and Roll

Brooklyn-based songwriter Alex Orange Drink, the solo moniker for Alex Zarou Levine of The So So Glos, is excited to present “Oxytocin (Luv Buzz),” the second track to be lifted from the Friday, September 17 release of his sophomore album titled Everything Is Broken, Maybe That’s O.K. (pre-order). On the upcoming album, Alex explores personal subjects, including grappling with a rare and life-threatening disorder, heartbreak, never-ending teenage angst, and broken political systems. Half of the album was recorded before the pandemic in a party-like atmosphere – with basic tracking captured live among friends, family, and lovers – while the other half was completed by a heartbroken protagonist reflecting in isolation. 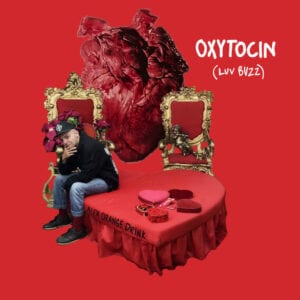