Let me tell you, I’ve got the winter blues! Today is one of the first cold days (and we got our first SNOW!) so I’m feeling a little bummed- but CRSSD Festival has me thinking about warmer days ahead! The festival has announced its return to Waterfront Park in San Diego, March 5-6, 2022. This is the first spring edition of CRSSD since 2020. And lucky us, the beloved festival has once again delivered a diverse lineup highlighting the best in electronic music with a focus on house, techno, and eclectic live acts. Let’s get dancin’! 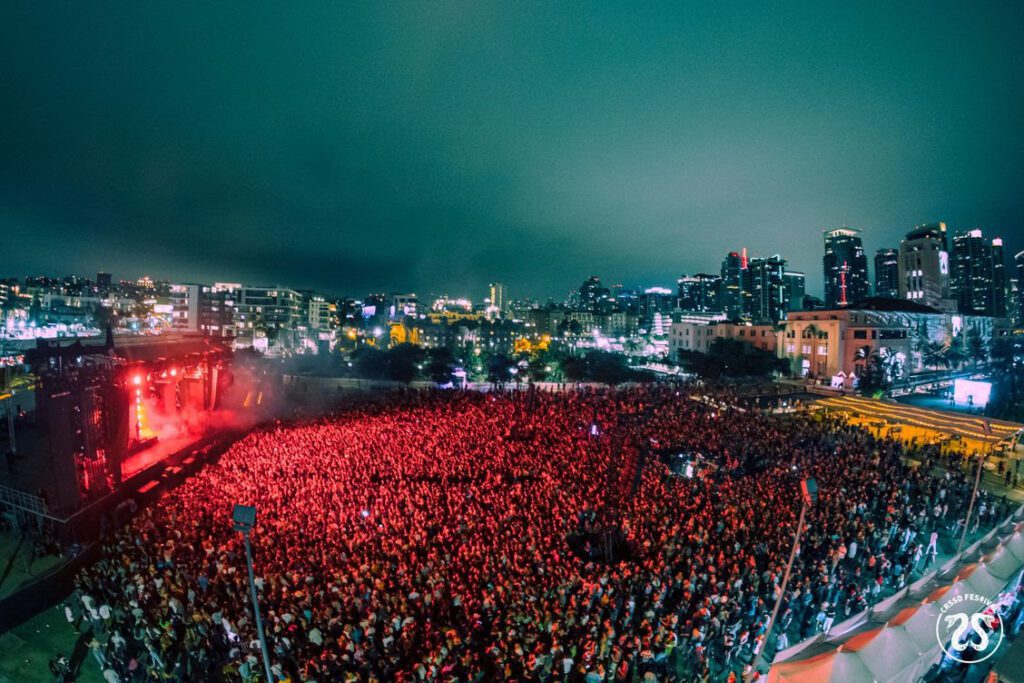 Since 2015, we’ve been dancin’ with CRSSD! The festival has continued to build a dedicated base of attendees who flock to the oceanfront venue each year. At the fest, you get to witness three stages offering their own unique soundtrack and experience. And the festival itself is set in beautiful Downtown San Diego just steps from the Pacific Ocean. Gorgeous! Waterfront Park provides the ideal urban venue complete with picturesque sunset views, splash-friendly fountains, and grassy lawns. 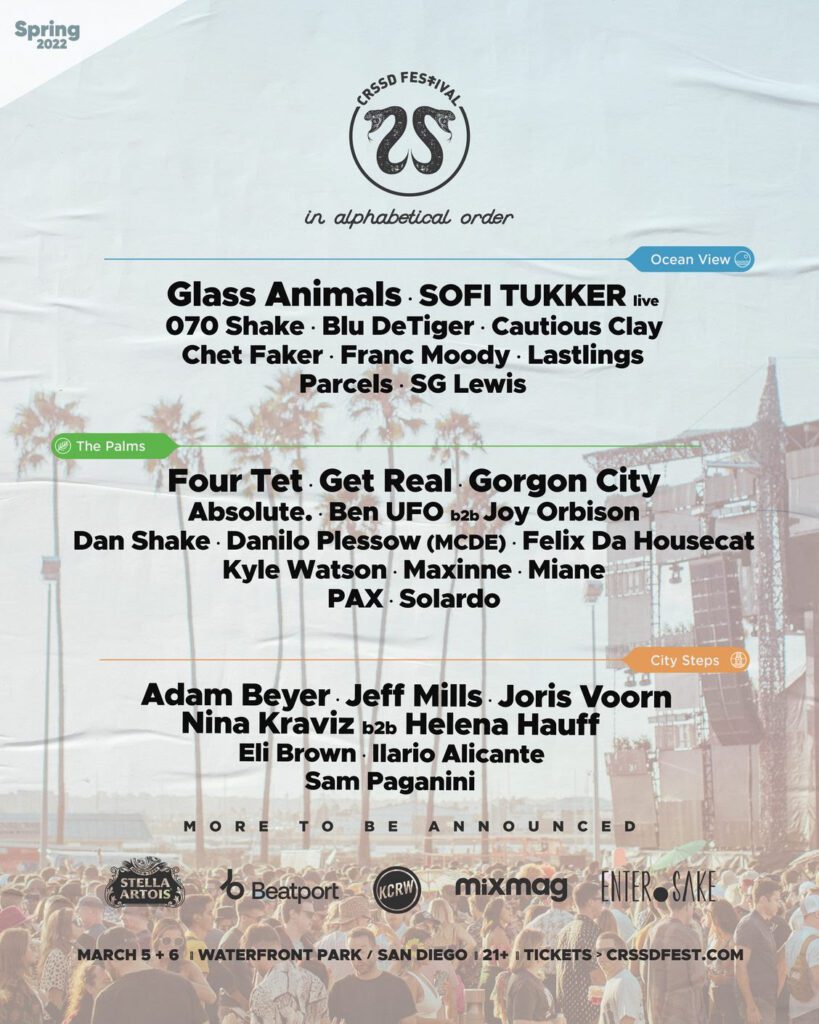 Next up, we move over to The Palms! Those in attendance at this festival can look forward to a bevy of sultry house vibes throughout the weekend. Get those dancing shoes because the stage includes a heavy focus on the London scene with sets from Four Tet and Ben UFO b2b Joy Orbison, while Gorgon City will showcase their chart-topping ‘Olympia’ album, and Claude VonStroke and Green Velvet bring their Get Real super-project to the fold. The team isn’t done yet though because other standouts on The Palms include South African heavyweight Kyle Watson, multi-genre German producer Danilo Plessow known for his work as Motor City Drum Ensemble, the addicting sounds of UK duo PAX, Ibiza resident Miane, and more. 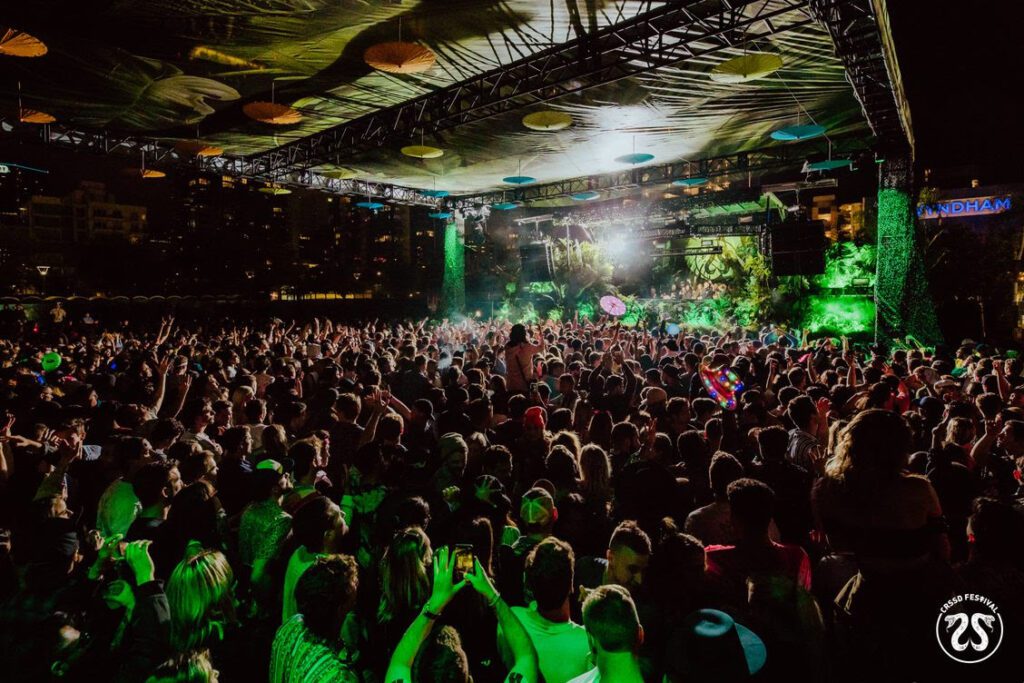 Continuing on our grand event, over at City Steps, guests can look forward to reveling in harder hitting styles of the global techno underground. This also is coupled with classic house flavors by day. Highlights include a b2b from Russian favorite Nina Kraviz and German selector Helena Hauff, alongside sets from Drumcode Records founder Adam Beyer, Detroit legend Jeff Mills, and a special guest set from Dutch producer and Spectrum founder Joris Voorn. More talent is to be announced ahead of the show.

Of course, the CRSSD experience extends beyond the stages, with fans able to enjoy craft food and cocktails from a variety of vendors. YUM! In addition, you can go for a dig at the CRSSD record shop in partnership with LA’s Stellar Remnant, experiment with new gear at Tech Center, or explore all Downtown San Diego has to offer before or after the show. CRSSD After Dark programming to be announced. Let’s get dancin’, friends! CRSSD is a 21+ festival.

General On Sale Wednesday 1/5 at 11AM PT
http://www.crssdfest.com