My First Festival & Camaraderie in the Community

I have been in various festival communities for five years and what I love most about these communities is the sense of camaraderie amongst us. The way different groups or “festival families” help those who need it, whether it is offering water, taking someone to a medical tent when medical attention is needed, or just letting a person join their group who is either by themselves or not looking like they are having the best of times. These experiences leave lasting impressions on those who were helped. I would know because I was one of those people who were helped at my first ever festival.

Let me take you back to Sasquatch Festival 2016 at the Gorge in Washington State.

I am 21 years old and have never been to a live music show and suffer from social anxiety. Some of my friends invited me to come out with them to the festival and I decided to go. We arrived at the festival, and we have a blast at the campsite the day before the festival began. On the first day of the festival, I made the mistake of drinking a little too much at the campsite before the show. As result, I became extremely intoxicated by the time we got into the festival grounds. I accidentally wandered away from my friends and lost them. Shortly after that, I realized I forgot to charge my phone, and not long after my phone died before I had a chance to figure out a place to meet up with my group of friends. So, I am now alone at my first ever festival with no way to contact anyone, while being extremely inebriated. This situation incites a panic attack. While the music (an indie pop group called Oh Wonder) was helping me calm down a bit, I was still extremely stressed by the situation. Suddenly, a man, who we will call Mr. A, approached me. He asked if everything was okay with me and if I wanted to join up with his group of friends. I agreed and we went to join his group. 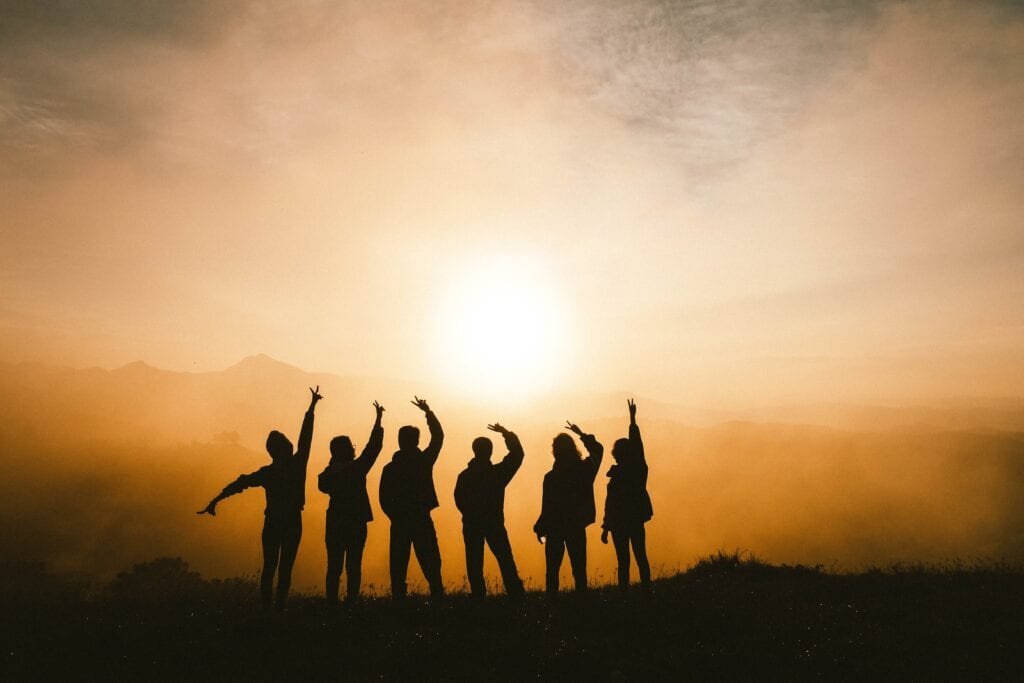 Photo by Chang Duong on Unsplash

When Mr. A and I get to his “festival family”, I am introduced to the others in the group, Mrs. A, Mr. B, and Mr. C. They all treated me extremely well, even though, I was not making much sense due to my intoxication. My words were slurred and not understandable. Mr. B told me that he met his “festival family” a couple of years ago in a situation similar to mine. For the first day of the festival, I hung out with this group of strangers who helped look after me while I was in an inebriated state and separated from my friends. They even helped me find my camping spot after the festival was over. Before they left to go back to their own campsite, I asked the group one simple question “Why did you help me”? Mrs. A told me they took me in because it is part of the culture to help those who look like they need help–that response will always stay with me for the rest of my life. Not long after they left, I realized that I forgot to get their contact info and I never saw any of them again.

The rest of the festival went by quickly and many more after that, for years to come.

While their faces, voices, and even names fade from my memory, their words have always stayed with me! At any show or festival I attend, I try to help those who are in need, hang out with those that look lonely or sad, and just try to be as positive of a person as I can be. I also notice that is not just me and the group I met that day so long ago who do this; there are many people at these events who do this. The lasting impression of my first festival and Mr. and Mrs. A’s words are what started my love for this community, my journey along the way has shown me just how kindhearted many people are in the festival communities. So, if you are at a festival and in need of some help, there will be someone there to help, trust me.