Hey everyone! It’s July 2nd and we are here to drop the hottest tracks of the week! Don’t forget about our amazing show taking place in Las Vegas tomorrow, July 3rd! We are so excited to see so many amazing people there. Grab those tickets today because we’re giving you back 10% of your ticket cost if we sell out! Now, on to the tracks of the week. I’m going to try a little different format this week, hopefully, you like it. Sorting the tracks by record label should help you find your favorite tracks faster!

Ruff & Wyle- Anyone But You

New Jersey born artist Ruff has been on a prosperous rise to stardom over the past year, channeling his life lessons into relatable pop hits. Returning to the release radar with his second original track of the year, Ruff teams up with friend and ‘Reasons’ remixer Wyle, delivering an emotive heartbreak anthem in the form of ‘Anyone But You’ – available to purchase and stream on all platforms via Adept Records / 7Clouds. 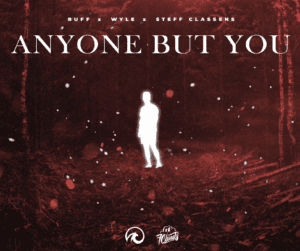 The M.O.S. Remix of Above & Beyond’s ‘Prelude’ was debuted in Tony McGuinness’ Anjunadeep Edition 319 mix last year. On 24 July, the extended mix was included in the 20 Years Of Anjunabeats: The Deep Mixes compilation, exclusively on Beatport. Now, the remix is available in full across all streaming platforms. 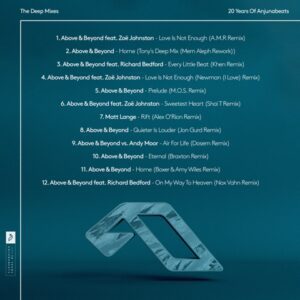 Earlier this year, emotive imprint Anjunadeep welcomed We Are The Brave label boss Alan Fitzpatrick to the fold with his single ‘Warning Signs’. A deviation from his typical sound, the track saw Fitzpatrick experiment with deeper and more soulful influences from across electronica, breakbeat, dub, and house. The result was a track that sits comfortably among the soulful Anjunadeep catalog.
The track is followed by a standout remix from GRAMMY-nominated duo, CamelPhat, who took an eclectic approach to rework ‘Warning Signs’. Having collaborated and remixed some of the biggest names in modern music, such as London Grammar, Foals’ Yannis Philippakis, and Cristoph; CamelPhat has become one of the world’s most sought-after electronic acts.
Stream HERE 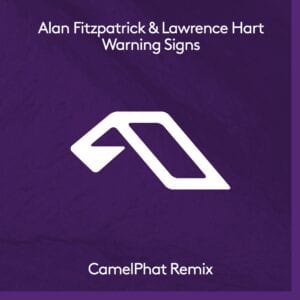 Tenaj- Never Let Me Go
Rising musician and producer Tenaj has been captivating audiences across the globe with her contagious signature style. Fusing the lines between dance and pop music, Tenaj’s catalog offers a refreshingly unique take on electronic music. Returning to the release radar via Blanco Y Negro, the Switzerland-native reveals a new feel-good tune, ‘Never Let Me Go’. With a lively soundscape and her own enticing vocals, ‘Never Let Me Go’ promises to keep listeners dancing throughout the summer.
Stream HERE 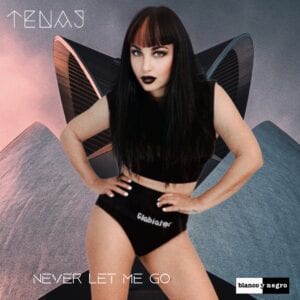 Fedde Le Grand & MELO.KIDS- Losing Control
Following on from their earlier hit ‘In Love With You’, Fedde Le Grand and Melo.Kids reunite for the second time this year to deliver another energetic hit with ‘Losing Control’. The adored pairing will be blessing the airwaves once again with this slice of summer heaven, available now via Darklight Recordings.
Stream HERE 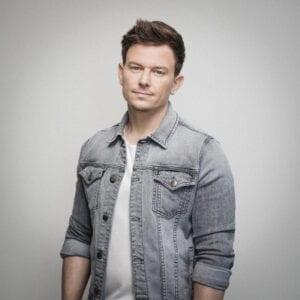 Alive is a grooving late-night house jam ripe with progressive melodies, evoking a sense of comfort and euphoria. Zeds Dead tapped MKLA for the track, pairing her ethereal vocals with minimalist synths and a four to the floor beat that rounds out the intoxicating club record. 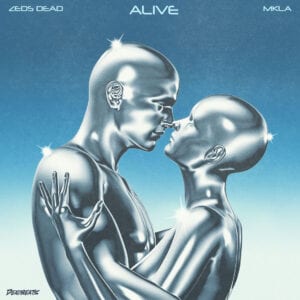 Established talent Henry Fong and San Diego-based DJ/production duo FOMO link up for their latest single ‘Bust It’. The collaboration directly follows up Fong’s ‘Ragga Rave’ with SAYMYNAME from the tail end of this May, in addition to FOMO’s ‘Lose Control’ with XLNT from mid-March of this year. Out now via Steve Aoki’s renowned Dim Mak Records, ‘Bust It’ is available to listen to across all streaming platforms. 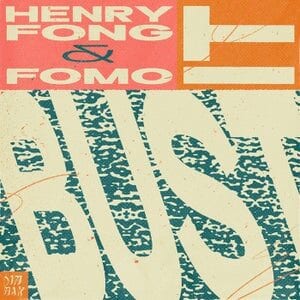 Following the widely celebrated release of Mermaids back in May, experimental Danish electronic pop trio WhoMadeWho now looks to expand on the success of the first single from their forthcoming 2022 long-player, as they enlist Italian DJ, producer, and Life and Death label boss DJ Tennis to provide his unique interpretation of the mesmerizing original record. 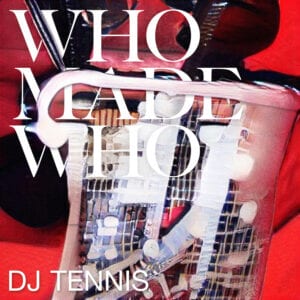 The irrepressible production pair is now leaning in to lay a cosmic thumper on Factory 93 Records. “Cosmic Kiss” is a marvelous chunk of melodic techno that manages to lock lips with the dancefloor while simultaneously taking a firm tug at the heartstrings. Pumping with an unshakeable purpose, a relentless rolling rhythm charts a course for the ether. Along the way, pulsating basslines and clap-clack combos work in synchrony with a rotary lead to drag you back into the track’s immense gravitational pull. The throbbing drive swiftly subsides to make way for an agonizingly intimate vocal that’s made infinitely more sublime through an air of spacefaring pads and weeping strings. After the chanteuse has finished speaking her piece, the plonking percussive pecks loop back around for one final, fateful kiss. 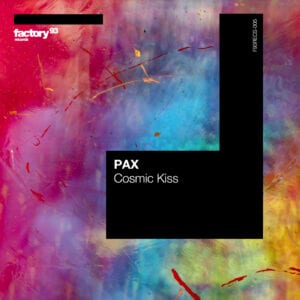 Lake Haze is a key player in Portuguese musical exports, delivering masterful blends of techno grooves and retro melodies in his releases such as his ‘Glitching Dreams’ LP in 2019. Making a mark with his influential LP single ‘Dog Walking In The Park’, it piqued the interest of the esteemed FFRR who today re-release the track on their revered platform. 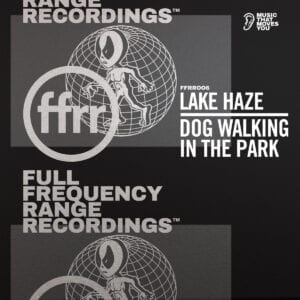 Brought back into consciousness, ‘So Much Love’ held #1 on UK Spotify Viral Chart for 4 weeks and is currently #35 in the Shazam chart, as well as making gains in the iTunes Dance Chart and being added to many playlists. In addition, Owen’s original has so far picked up an incredible 6 Million streams to date, as the track is set to soundtrack the summer. With the record now showing its true potential, Owen Westlake shares his hidden gem with the world. 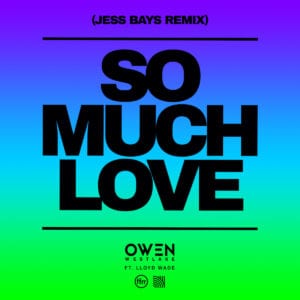 Black Box- I Don’t Know Anybody Else

Forming the blueprint for the electronic music sub-genre Italo House,  Black Box set the standard for many original ravers to follow. ‘I Don’t Know Anybody Else’ broke out of the clubs and into the mainstream, heralding a new era for pop dance. It was also the second single to drop from their original album, ‘Dreamland’, and became an international hit entering the Top 5 in the UK, remaining in the charts for eight weeks. 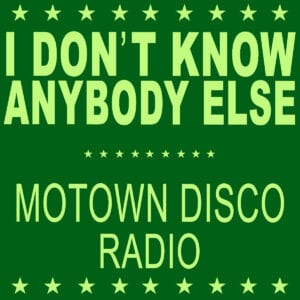 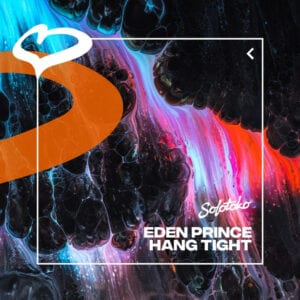 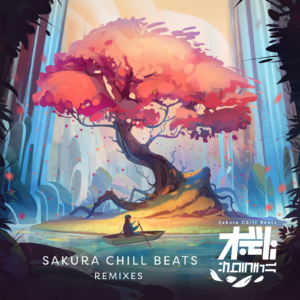 The Netherlands and Brazil are coming together on this collaboration by Bart B More and Carola. ‘The Beat Drops’ is a perfect blend of Bart’s signature sound and the untranslatable flavor of the counter-metric rhythms that underlies in Carola’s Brazilian-influenced blend. 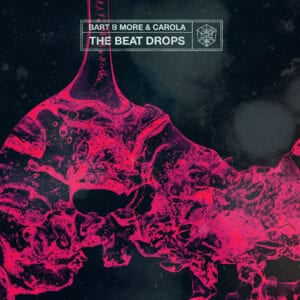 After his remake of his all-time favorite 80’s track ‘Shout’ a month ago, Julian Jordan is ready for the reopening of the clubs with his brand new banger ‘Drop The Top’. With his first shows coming this month, fans can surely expect to hear this one in his sets. 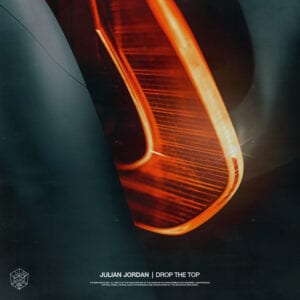 ‘Oh Lord’ sees Toby Romeo at his best; writing a fiery future house instrumental underneath an irresistibly catchy top vocal melody from Deve, a young producer, musician, and vocalist based in Vienna, Austria. The single opens immediately with a piercing snippet of the vocal sample, announcing Romeo’s return right from the get-go. After an abridged buildup, ‘Oh Lord’ breaks out into an ultra-bouncy deep house frenzy, blending an evocative chord progression with Romeo’s sharp ear for clever rhythm. As the track progresses, the energy stays at a fever pitch throughout the breakdown before building to new heights at the second drop. Finally, ‘Oh Lord’ eases on the gas and comes to a sharp close just as it began. By the time it’s through, it’s glaringly obvious that Toby Romeo has another hit on his hands, definitively positioning himself as one of the most promising young producers in the scene. 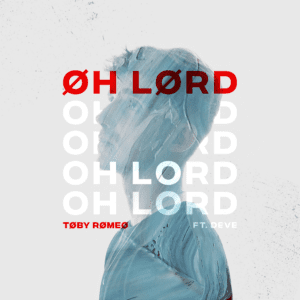 His full-length album ‘Dismantle and Refine’, showcases his ability to explore the lines between genres and sounds. Investigating through the shades of modern composition and experimental sonorities, the body of work perfectly blends an intricate synthesis of techniques and organic elements. Revealing ultimately, that Stèv’s musical ideas originate from everything that’s in between an algorithm, a sinewave, and an acoustic guitar and then evolving them into rich, dynamic textures. 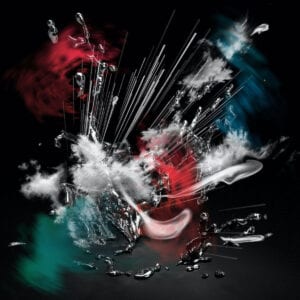 Continuing his incredible hot streak, multiple Grammy award-winning DJ & producer David Guetta’s list of collaborators is more than impressive. For his next single he teams up with two more incredible names, in the form of Capital Radio DJ and tastemaker MistaJam and pop-soul sensation John Newman, as they release ‘If You Really Love Me (How Will I Know)’ via Warner/Parlophone today. 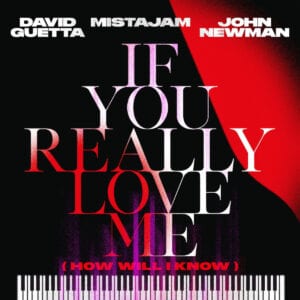 Detroit techno icon DJ Minx is concluding a special Pride Month, in a special fashion, dropping a new techno heater, Purse First, in time to rock dancefloors this summer. The release comes after Minx made the decision to speak her truth and come out at the start of Pride. Revenues generated from the track will be donated to the Ruth Ellis Center in Detroit. 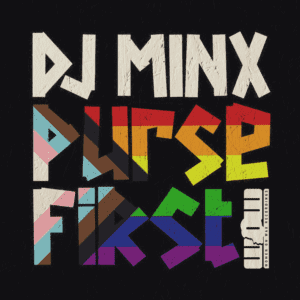 Outside, the single, sets the tone for the EP, seamlessly blending sonic elements of future-bass with downtempo house, ripe with distorted samples and emotive synth melodies anchored by a hypnotic vocal loop. It’s an eerily stirring track despite the absence of lyrics, a testament to Biicla’s production prowess that allows him to jump between genres without missing a beat. Outside is a reflection of Biicla’s mindstate while he was making the EP, embracing his own signature style that he’s honed in on over the past few years. 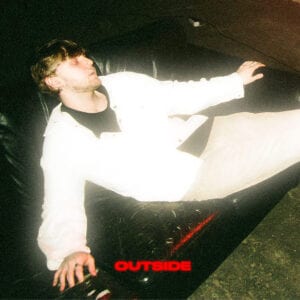 Fast-rising talent Mister Ruiz has propelled into the dance music scene over the past few years with his knack for lively productions. Remaining incredibly active over the past year, Mister Ruiz has delivered a handful of infectious releases during 2021 and now returns to the release radar with a new collaborative single ‘Feel Only Love’ with German producer Klaas. The creative minds join forces to merge their signature style into a vivacious offering that is primed for the summertime months. Out now across streaming platforms, ‘Feel Only Love’ is available via You Love Dance. 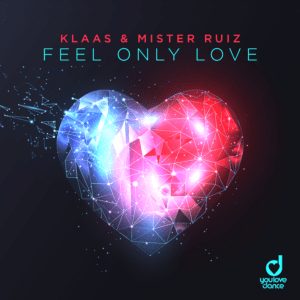 GRAMMY Award-winning vocalist Mitch Grassi today reveals “Machine,” the first original music from his new solo project, Messer.
Messer is about freedom in identity, independence, confidence, queerness, the theatrical, and living your fantasy and romanticizing your life. Basking in beautiful solitude, embracing the darkness we carry within ourselves, as well as celebrating the moments of bliss, humanization, empathy, self-awareness, and global awareness.
Stream HERE 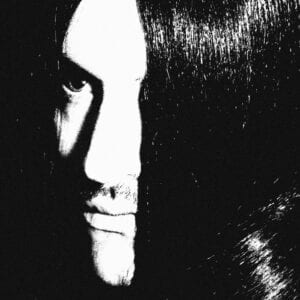